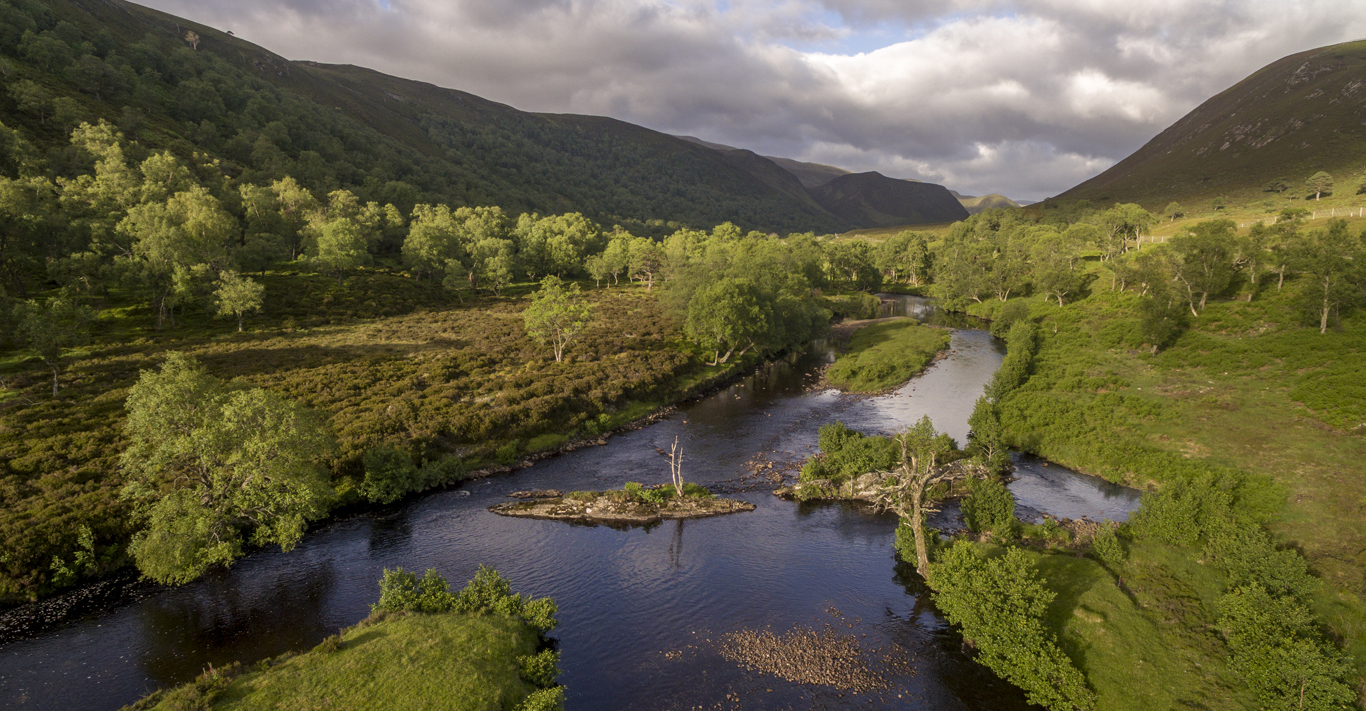 ‘It needed to be audacious,’ Hugh Somerleyton says, about his mission to turn England’s entire East Anglia region into a nature reserve renamed the WildEast. Not something that can be accomplished by one man alone, Somerleyton founded The WildEast initiative alongside his friends Oliver Birkbeck and Argus Hardy, all East Anglican landowners turned conservationists, with a vision to transform their homeland into one of the world’s largest rewilding projects. In order to succeed, the three men decided their proposition needed to be big and bold enough to capture the imagination of the local communities, as well as attracting interest and support from further afield.

The WildEast project offers a simple solution to a complex problem. It calls for everyone in the region to give 20 per cent of the land they own back to nature. For some residents this could be as simple as pulling up a few paving stones in their driveway, or leaving a section of the garden untended. For farmers and businesses, it calls for a bit more creativity – in some cases the rethinking of business models – but in uniting the community on this altruistic vision, Somerleyton believes they can reach the 250,000 hectares objective.

‘To realise this hugely ambitious goal we want, and need, to inspire the residents, farmers and businesses in the region to see and think on that really big scale. To visualise what we could achieve if we all joined forces, and to get enthused and excited about the idea of helping to create one of the world’s great nature recovery areas,’ he explains. ‘We don’t want to visit a nature reserve, we want to live in one. That’s our dream.’

Somerleyton realised that despite great conservation work being done by individual farms, gardens and wildlife trusts over the past 50 years, we have still failed to arrest the overall decline in nature. ‘If we want to make a difference, we need a really dynamic step change,’ he explains. ‘Nature needs space, and that’s the one thing it doesn’t really have. In its simplest form, the WildEast nature recovery initiative is about joining up all those spaces across the East Anglia region.’

The WildEast trio were inspired to dream big by visits to other ambitious rewilding projects, including Knepp in Sussex and Alladale in the Scottish Highlands. Philanthropist and conservationist Paul Lister, owner of the 23,000 acre Alladale Wilderness Reserve, and founder of The European Nature Trust (TENT) – which supports large scale conservation and wildlife projects across the continent – also believes that the success of such ambitious projects is dependent on connecting people to nature. ‘Once people get out into the wild, and spend time in nature, they care about it and they want to preserve it,’ he says.

With Alladale, and with the projects he supports through TENT, Lister has a five point criteria – the five ‘E’s’ – that he says need to be met in order for an initiative to succeed at making effective and impactful change. The right environment for conservation and rewilding to take place is the primary consideration, of course, but this must be supported by the project being ethical, economically viable and able to provide employment and education opportunities.

Eco-tourism plays a large part in making rewilding initiatives economically viable, as well as giving people a reason to visit the projects and learn about the important role the restoration of natural ecosystems has to play in reversing the impending ecological meltdown.

An hour’s drive north of Inverness, Alladale offers eco-tourists the opportunity to experience ‘the wild side of the Highlands’ with four lodges on the vast wilderness reserve that can accommodate up to 30 guests. From romantic getaways to corporate team-building events, visitors have the option to simply enjoy some quiet time surrounded by nature, with activities such as hiking, cycling, wild swimming and wildlife spotting, or to discover more about the conservation projects taking place on the reserve. These include forest regeneration, peatland restoration, the breeding of Scottish wildcats and the reintroduction of red squirrels.

The aquaponics garden centre on the reserve provides fresh, organic produce and trout to all four lodges. Alladale also hosts a series of special retreats, which include themes such as nature, mindfulness, photography and wilderness weekends, as well as cycling events, the Bear Grylls Survival Academy, wood-fire cooking workshops with Francis Mallman and a Raymond Blanc gastronomy experience.

Back in East Anglia, Somerleyton offers his own eco-tourism retreat at Fritton Lake – a private members’ holiday club within a 1,000 acre rewilding project, which he describes as ‘a microcosm of what we want the WildEast initiative to achieve across the whole East Anglia region’. Fritton Lake offers self-catering woodland, meadow and lakeside cabins, or a boutique hotel experience in rooms within the clubhouse. Non-members are also welcome, and enjoy temporary club membership during their stay.

As well as enjoying the tranquil setting and restorative activities – such as swimming, kayaking, rambling, tennis and yoga – members and guests at Fritton Lake can also opt to learn more about the rewilding initiatives taking place, with a nature safari that explains the delicate balance between flora and fauna and the importance of restoring biodiversity. Guests will learn how an array of animals – including black pigs, longhorn cows, Exmoor ponies and water buffalos – all contribute to a balanced ecosystem. Visitors looking to have an even more immersive and hands-on nature experience can opt for a foraging safari, or even to roll their sleeves up and do some work toiling the land with the rewilding team.

For landowners who have relied on income from farming to upkeep their land, it’s a combination of eco-tourism and government subsidies that provides the financial support necessary for them to give substantial proportions of their estates back over to nature. Fellow East Anglican landowner Andy Thornton, who owns a 750 acre stretch of land that includes the Wild With Nature glamping site, has transitioned from operating an intensive arable farm with 80 per cent of the land devoted to irrigated vegetables, wheat, maize and sugar beet production, to now be 80 percent dedicated to conservation and only 20 per cent farmed. He stresses that they wouldn’t have been able to do this without the support of government subsidies, but says the decision to make the change wasn’t a difficult one:

‘Given the timing following Brexit, and the implications this will have on UK agriculture, we realised that in order to continue to farm our land we needed to give the soil a rest following many years of intensive arable and vegetable production,’ he explains. And while the decision to change course may have started as a welcome solution to the serious problem of soil degradation, the new rewilding and eco-tourism business model is something the farmer-turned-conservationist hopes he will be able to maintain in the longer term.

‘We diversified our business model with the glamping site as another income stream, but the underlying benefits on people’s wellbeing from opening the land to guests has far outweighed any financial aspect. As the government subsidy payments disappear in the next few years we hope that the private sector will use land such as ours for environmental offset and carbon capture. Since making the changes to how we farm we have noticed an increase in the range and number of birds and insect species – the main building block for biodiversity – on our land. It’s wonderful to see the changes happen. As they say in the movie Field of Dreams “If you build it they will come”.’

The “build it and they will come” philosophy has certainly been the case at the 3,500 acre Knepp Estate in West Sussex, which shifted its focus from intensive farming to ecological restoration in 2001 and is considered a pioneer of rewilding in Britain. Now 20 years into Knepp’s vision to ‘establish a functioning ecosystem where nature is given as much freedom as possible’, wildlife – including rare species such as peregrine falcons and purple emperor butterflies – is thriving on the estate, and it’s range of accommodation for tourists makes an immersion in nature accessible to all. From pitch-your-own campsites to treehouses, shepherd’s huts and yurts, Knepp offers a back to nature experience alongside wildlife safaris, rewilding workshops and special interest sessions dedicated to different species and activities, from bumblebees and wild horses to field craft and tracking skills.

With the BBC recently reporting on how the UK is ‘one of the world’s most nature-depleted countries’ with ‘about half its biodiversity left’, eco-tourism offers an easy and enjoyable way to support these important and visionary rewilding initiatives, learn more about the role biodiversity has to play in addressing the pressing environmental issues that will affect us all and be inspired by the solutions that exist to turn things around if we were all to unite in a common vision for change. 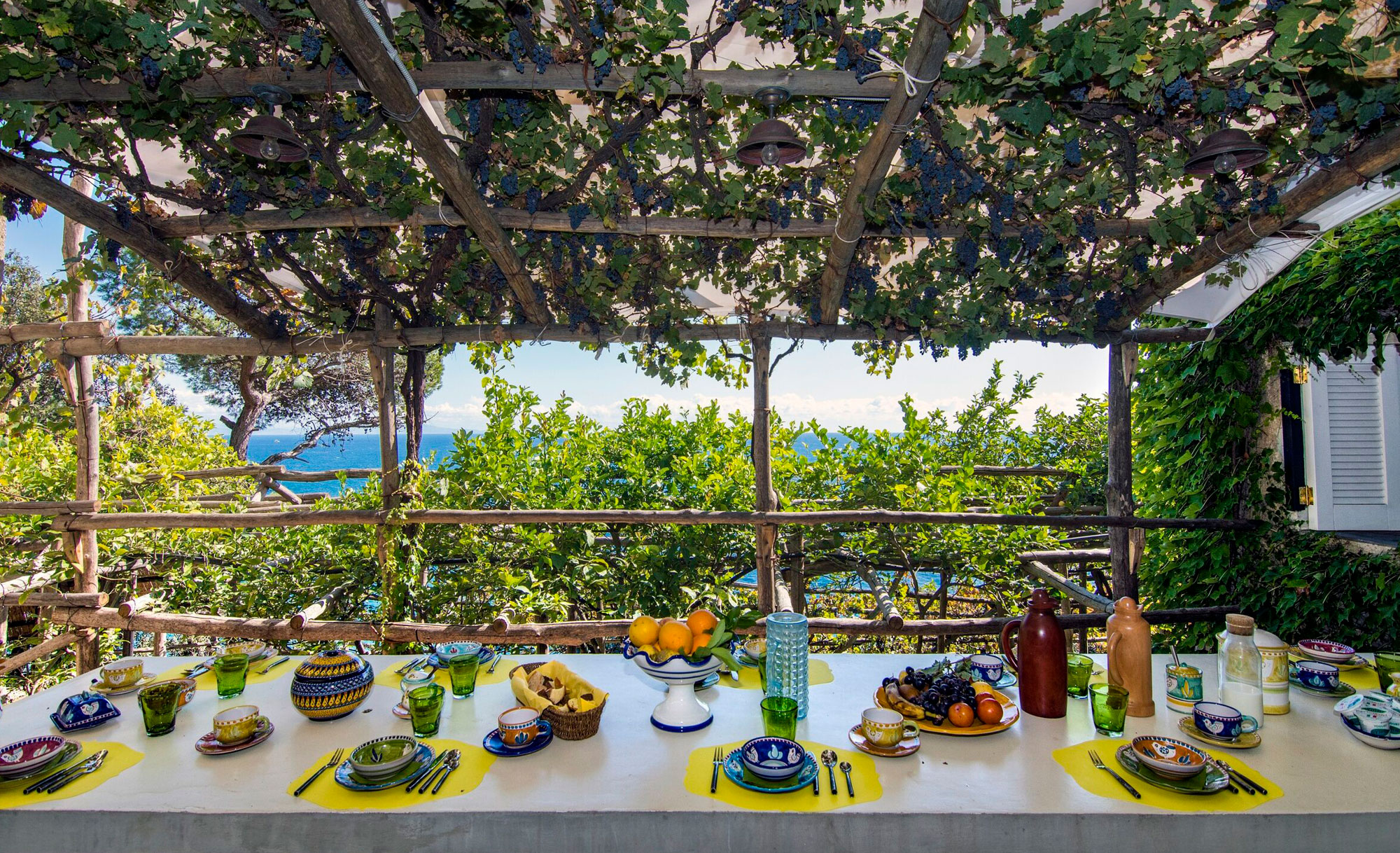 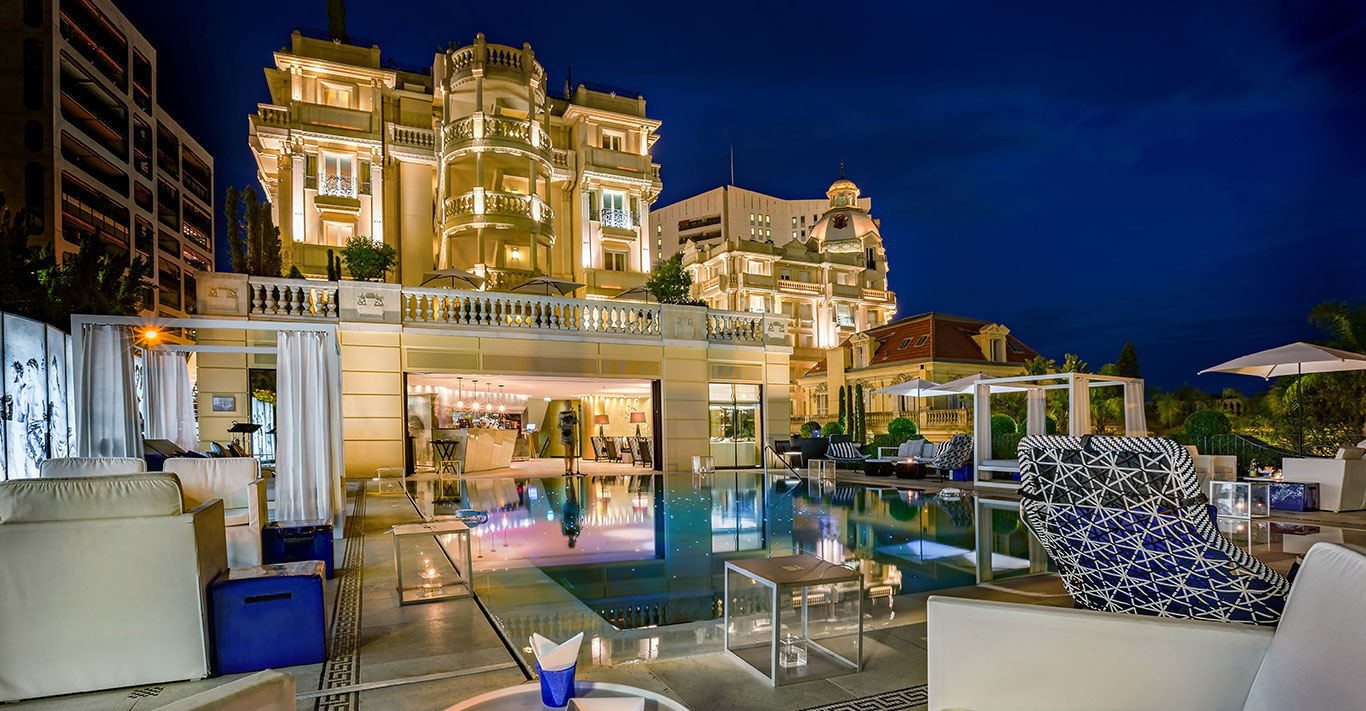 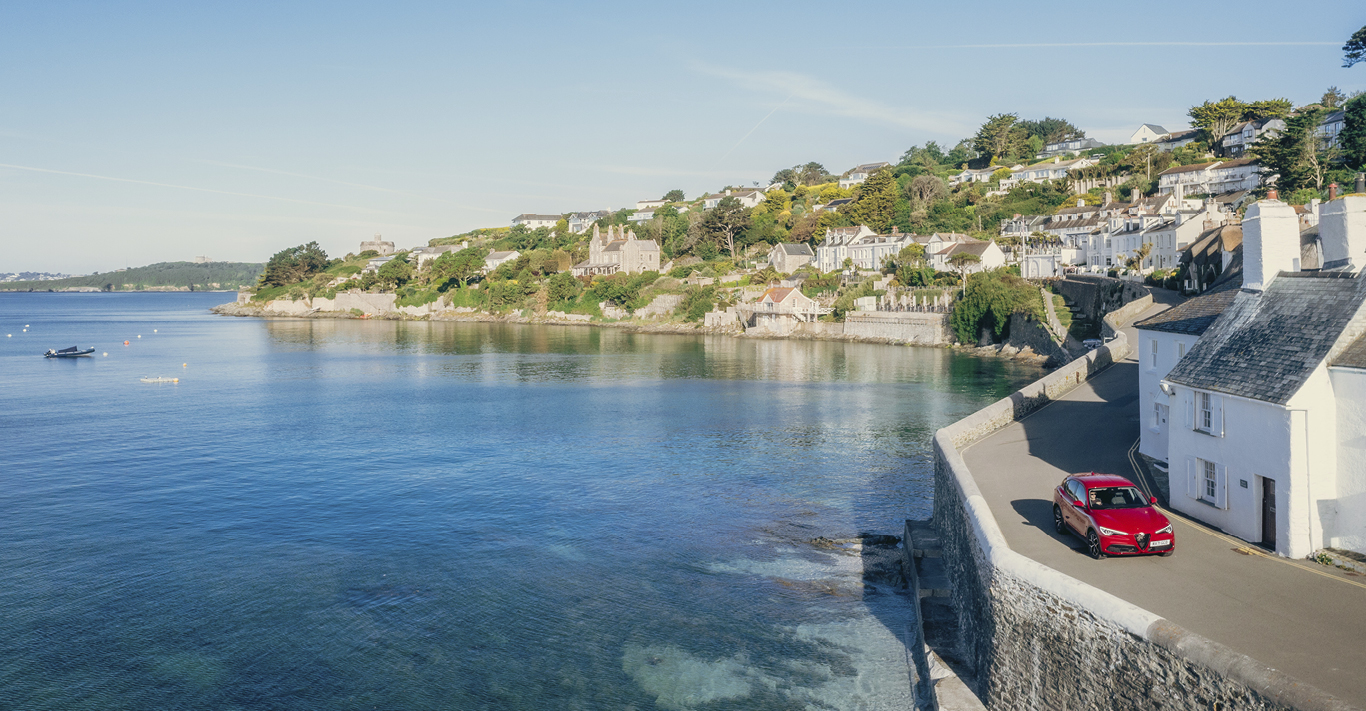