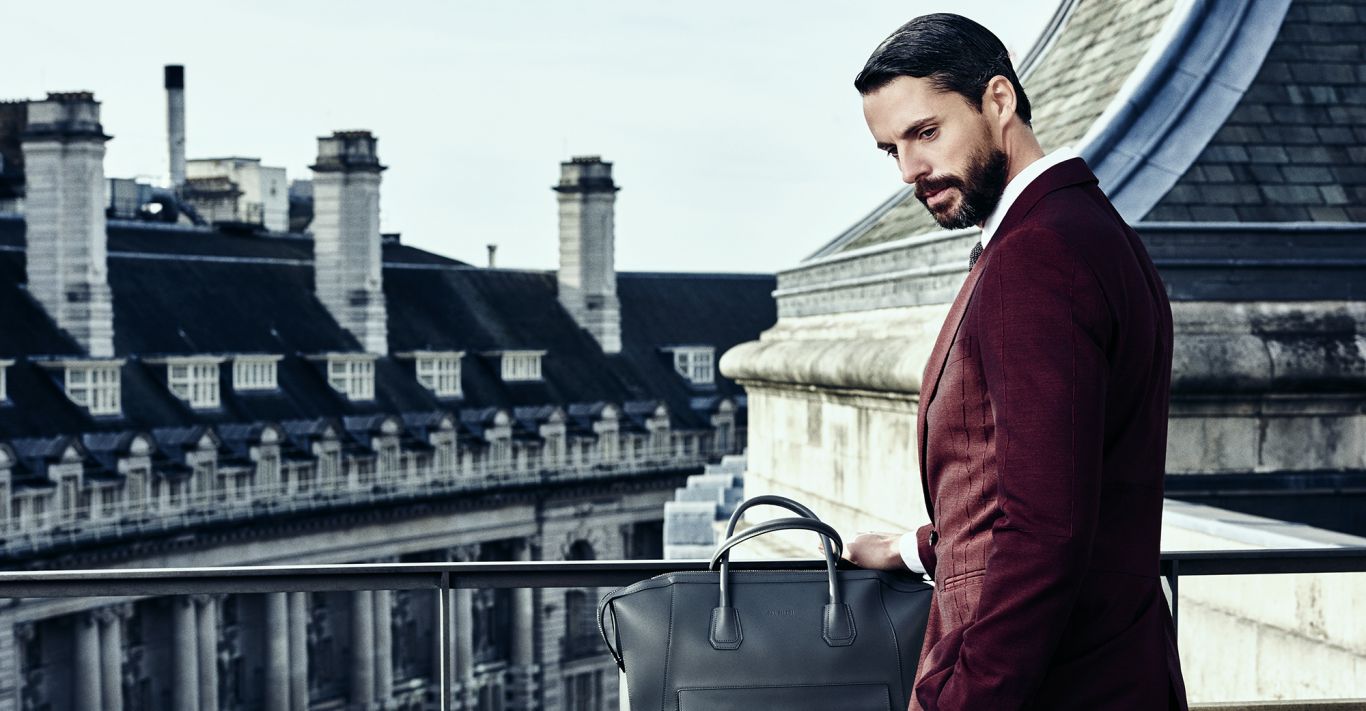 Matthew Goode sits in the Hotel Café Royal in London, overlooking Piccadilly Circus. As traffic rumbles past, the actor reflects on how clothes can make the man.

Goode, who is set to play Lord Snowdon in season two of The Crown on Netflix, was most recently seen on the big screen in Allied with Brad Pitt and Marion Cotillard. Other notable credits include Match Point and The Imitation Game. But he is perhaps most familiar for TV appearances in Brideshead Revisited and Downton Abbey.

‘I like the period stuff, we do it really well,’ says the 37-year-old. ‘There’s no difference to the way you go about creating a character. But it’s nice, you’re in period cars and clothing. It’s just a bit more fun. It’s not a reflection of the day-to-day we all know, so it’s a bit easier to play the fantasy. You put braces on in the morning and it’s a more romantic feeling; different to putting on jeans.’

For Goode, clothes are an important part of getting into character. ‘You are into the process and you’ve been thinking about the character and psychology of that character, so when you get the costume on it reflects the social, economic and political ideas of that character,’ he explains. ‘It’s funny – shoes tend to really nail it down. It’s all from the ground up.’

I wonder whether he dresses the part for auditions. ‘Yeah absolutely, I’ve done that before – but it’s not going to get you the job. It is similar to when you’re rehearsing on stage. If you are playing a part from the 1830s then it’s wonderful to have a dress shirt with a waistcoat or whatever, because you move and sit differently. You’re held in a completely different position, so it fits with your behaviour and how you relate to other people and even your speaking voice; it’s all part of the game. Clothes and fashion are so important.’

Today, Goode finds himself something of a fashion plate. Having been dressed by several houses in the past, for this season he is the new face of Italian label, Pal Zileri. But his interest in fashion only began with his career. ‘I think it was the job, working with costume designers and flamboyant directors,’ he says. ‘I had a well-dressed flatmate when I was at university. I was from Devon and wearing checked shirts and jeans, so I looked alright but not contemporary. My flatmate was from London and was quite fashionable, and he wouldn’t let me leave the house unless I looked good. He educated me in terms of fashion, you could say.’

A tailored suit jacket with a white shirt can never go wrong, and it’s always nice to have a bit of colour

Goode has that kind of rangy English build that makes clothes look good. They hang from him effortlessly and in Pal Zileri’s new campaign he wears their contemporary tailoring in an easy, relaxed way. This new role was perhaps fated, and he tells the story of how he and his wife were due to attend a wedding but when he went to collect his tails from the dry cleaners, it was closed. A panic call to a friend resulted in the loan of a midnight blue suit that fitted him so well and elicited so many compliments that he made a note to get a similar one. It was by Pal Zileri. ‘So lo and behold…’ he jokes.

‘When I was working on The Good Wife we used the guy that Obama got his suits from, and that was fantastic, a very old company. I think he was an immigrant who came over and they’d been going for about 100 years.’ Goode says, about to be photographed for Pal Zileri’s SS17 collection. ‘But I have to say, pound for pound, the Italians really know how to make great clothes.’

He talks of how he thinks it’s a cultural thing, a love of beauty and part of la dolce vita. ‘All the men are so well put together. Whenever I’m over there, there’s a similar sort of look, particularly in the winter time. A lovely long jacket, lots of layers.’

Goode is now a father and admits having children has changed his wardrobe. ‘We don’t go out as much as we used to, my wife and I… so when we do, it’s nice to dress up a bit. And we tend to not go out unless it requires that. I pretty much always have to be in a suit.’

He explains that tailoring is his go-to wardrobe for work too. ‘It’s nice to look smart, and it’s important when meeting a director. A tailored suit jacket with a white shirt can never go wrong. And it’s always nice to have a bit of colour on you.’

He tends to wear suit jackets as separates, and now, working with Pal Zileri, he’s discovering the joys of tailored jackets designed for comfort. One of his favourites is made of jersey. It looks structured, but is soft and recovers quickly from being scrunched up when travelling. There’s also ‘this fantastic pair of trousers… they’re playing with being modern and slightly futuristic’ but he is adamant that ‘they’re not culottes!’. Goode likes Pal Zileri because it combines Italian craftsmanship and quality with contemporary design. This mix, he says, allows him to look ‘a little dishevelled, but remain elegant’.

The quality is as critical as the design. These pieces are investments: ‘As long as you don’t put a hole in it, you can get it re-tailored in 20 years should you need to.’ However, despite his willingness to experiment with contemporary style, there is one element of tailoring design that Goode clings to: ‘I’ve always been a single-breasted guy. However, as I’m getting older and more rakish, I’m hoping I turn into someone who can wear double-breasted.’
palzileri.com

With thanks to Café Royal 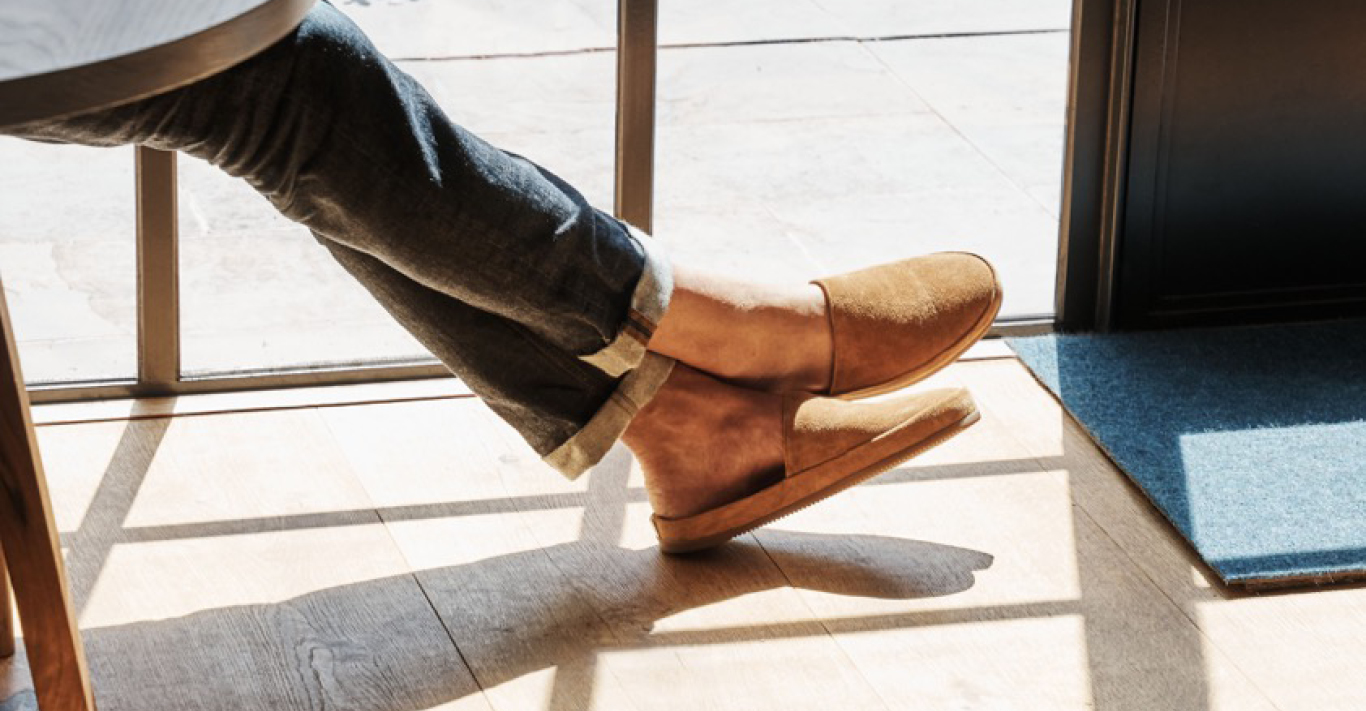 Starting with a stylish spin on an Argentinian espadrille, Mulo now offers a wide range of wellmade, comfortable footwear 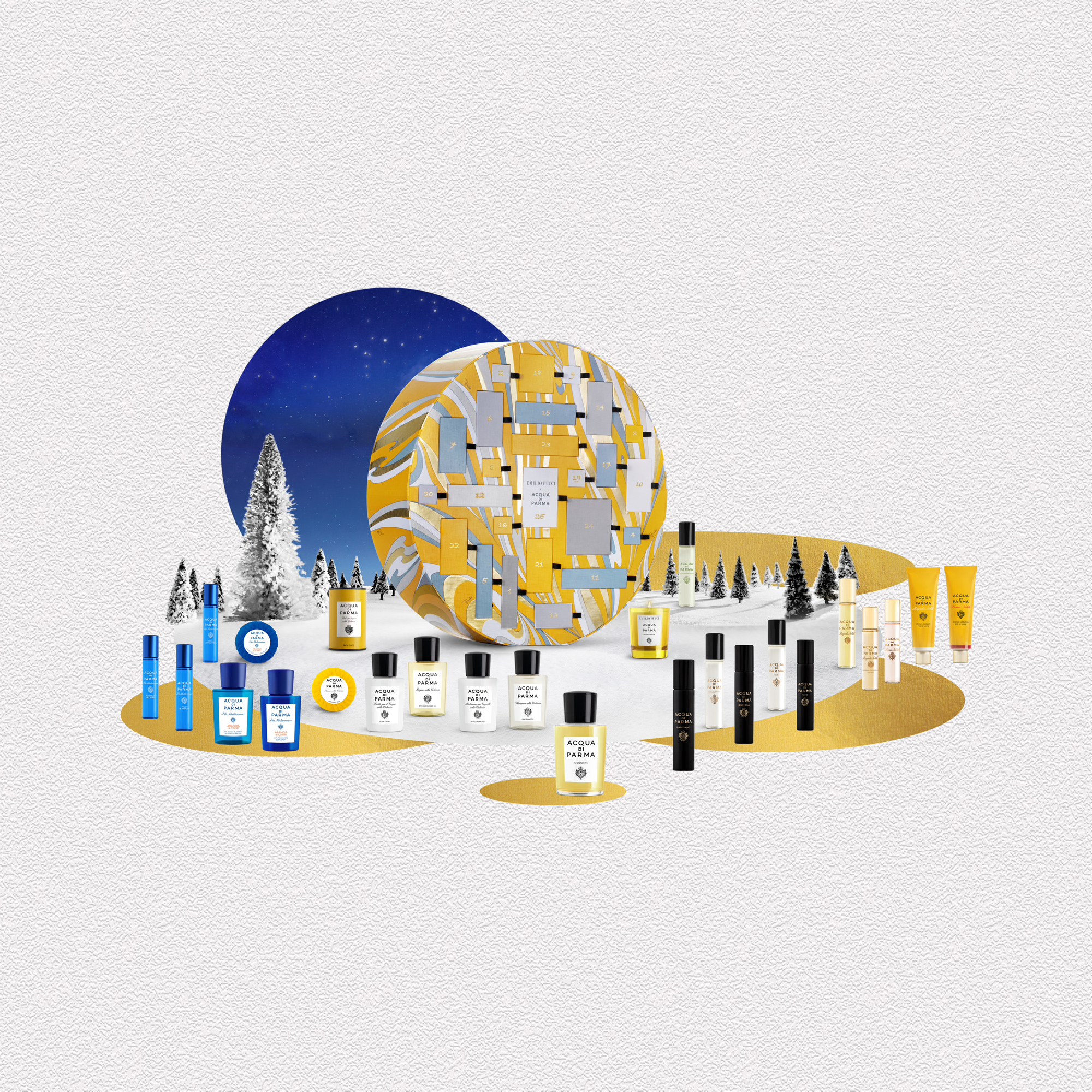 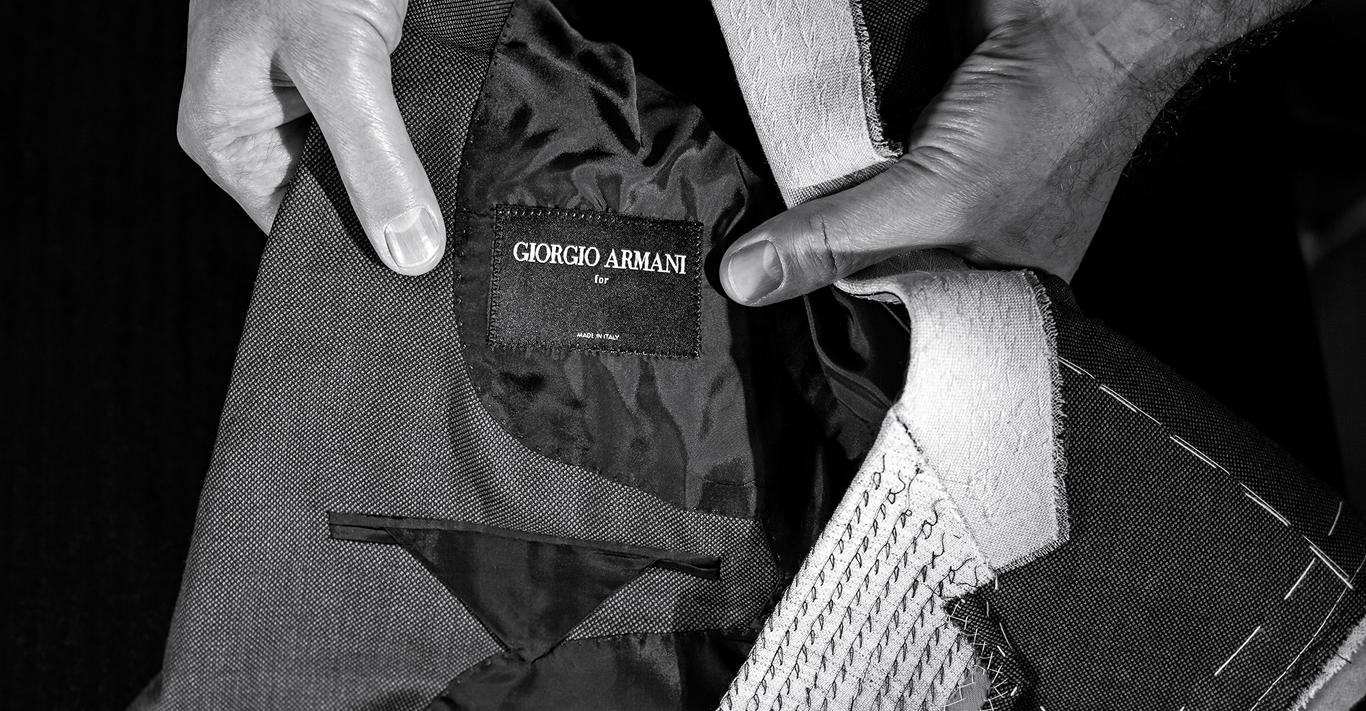