The watchmaker marks the moment it received this esteemed accolade, and the crucial role it played in the safe return of Apollo 13 mission, with a special timepiece

What does Snoopy have to do with space? The lovable beagle’s connection with Nasa dates back to the 1960s when cartoonist Charles M Schulz depicted the canine on the moon in his famous comic strips. When the space agency came to seek out a face for its safety programmes, Snoopy was a natural choice to act as a watchdog. This later inspired the Silver Snoopy Award, a highly esteemed accolade only bestowed on those who have contributed significantly to the success of human space flight missions.

Among these rare recipients is Omega. The watchmaker famously sent its Speedmaster to the moon in 1969, but it was perhaps the ill-faced Apollo 13 mission the following year where it would play its most crucial role. When the oxygen tank exploded on board, the astronauts had to shut down nearly all power, including their digital timekeeping. The module had drifted off course and would re-enter the Earth’s atmosphere at the wrong angle. To manually readjust this, an exact 14-second burn of the engine was needed.

With no room for error, Omega’s precise, mechanical timekeeping came into its own. Commander James Lovell and his team successfully used their Speedmaster chronographs to perfectly time the burn and finally land safely back on Earth. Omega received its Silver Snoopy Award on 5 October 1970, presented by astronaut Thomas P Stafford, Commander of the Apollo 10 mission, along with a Manned Flight Awareness certificate signed by the Apollo 13 crew.

The watchmaker is paying tribute to this historic moment with the Speedmaster ‘Silver Snoopy Award’ 50th Anniversary, which combines its trademark precision and reliability with a whimsical, tongue-in-cheek design. Snoopy, of course, plays a starring role, appearing on an embossed silver medallion at 9 o’clock wearing his spacesuit, just like he does on the silver pin given to award recipients.

It’s the back of the watch where he really comes out to play. Here you see him manning a black-and-white Command and Service Module. When the chronograph seconds hand is in use, he takes a trip around the moon, the surface of which is decorated onto the sapphire crystal using micro-structured metallisation. In the distance is Earth, which rotates once per minute in tandem with the small seconds hand. This all comes powered by Omega’s renowned Co-Axial Master Chronometer Calibre 3861.

Further special touches come in the form of engravings on the caseback, including the date that Omega received the award, kept in position thanks to the watchmaker’s Naiad Lock system. Even the strap features the trajectory of the Apollo 13 mission embossed on its lining, presented in a blue that complements the other highlights seen across the watch. 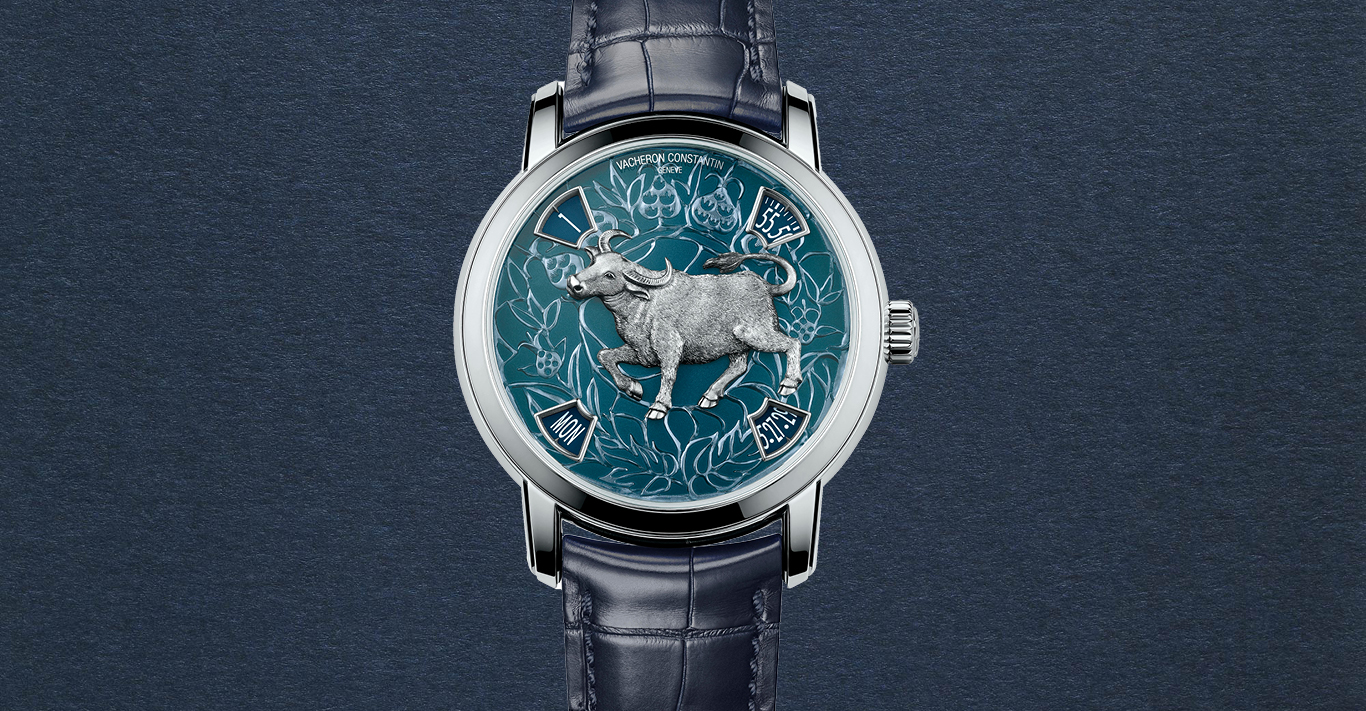