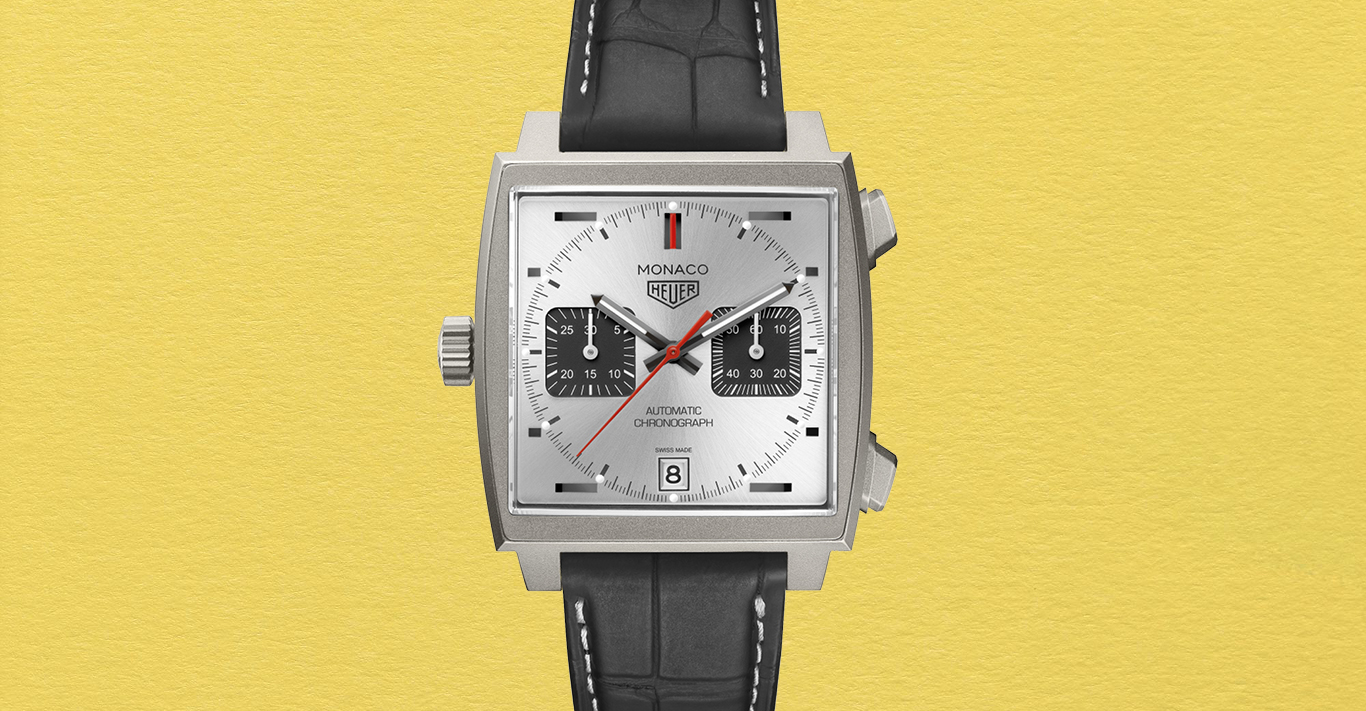 When Frédéric Arnault was 14 years old, he saw his older brother wearing a watch that caught his attention. ‘The design looked like nothing else,’ he remembers. ‘The shape, the counters, the contrasting blue dial and white indexes, sub-dials and hands…’ It was the TAG Heuer Monaco chronograph, famous for being square and, unknown to the young Frédéric Arnault at the time, for having featured in the Steve McQueen 1971 cult racing movie Le Mans on the wrist of the cool Hollywood actor.

Fast-forward to today and Arnault is now the CEO of TAG Heuer and is launching a new version of the famous timepiece. ‘It’s in titanium,’ he explains, ‘the first time we’ve used Grade 2 titanium, and it’s sandblasted, which gives this special matt finish.’ Titanium is lightweight and strong, of course, but the CEO particularly likes the look of this special edition: ‘The silver dial and titanium case combination looks very modern, and then by contrast we are using the old Monaco Heuer logo on the dial to reference the original ’60s design. I will be buying this watch for myself!’

The Monaco was designed by Jack Heuer in 1969 and named for the glamour of the F1 race that famously takes place there on the winding roads of the coastal Principality. TAG Heuer has deep roots in motor racing, having made dashboard chronographs and been involved in timekeeping for various motorsports. Today, it is a partner of the Red Bull Racing Honda team.

Christian Horner, team principal of the Red Bull Racing Formula One Team is a fan. ‘I loved TAG Heuer from an early age because of its relationship with Ayrton Senna.’ He even bought a Monaco chronograph from Nice airport with some prize money from a win at Monaco with a (non-F1) team he was running in 2004.

For Horner, Monaco is a special track: ‘You look at the racing calendar and Monaco is top of every driver’s list – the concentration it requires, the challenging, unforgiving nature of the circuit; it’s unique.’ He also sees a good chronograph as emblematic of the racing experience: ‘We spend our lives chasing time in motor racing – fractions of seconds between winning and losing. Time is the essence of everything we do.’

But when it comes to the Monaco watch, it’s not just the accurate mechanical technology that appeals to him: ‘Who doesn’t want to be Steve McQueen?’ he asks. ‘You wear a TAG Heuer Monaco watch and you’re almost there. It’s an unmistakable watch that’s transcended decades and stood the test of time.’