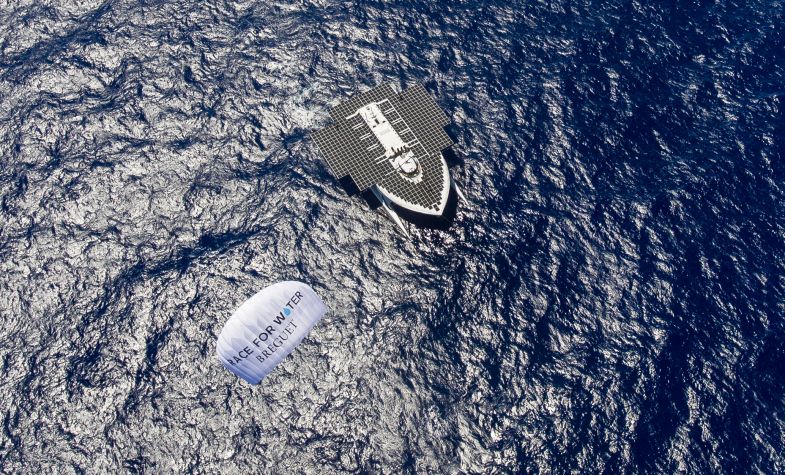 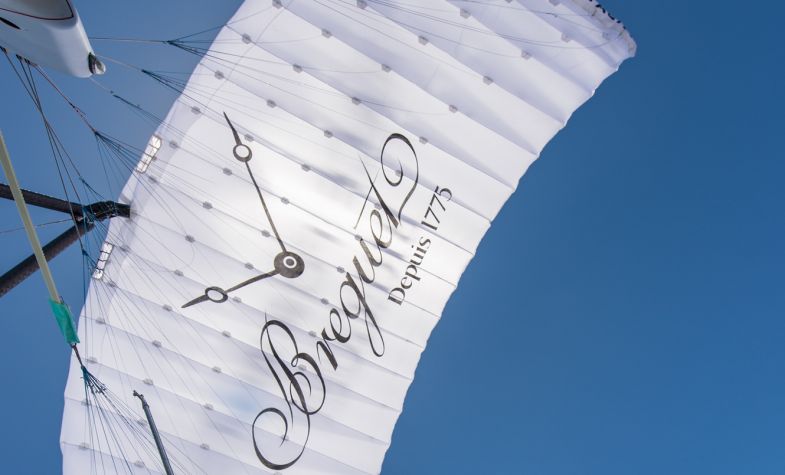 Race for Water is a state-of-the-art catamaran

Race for Water is a state-of-the-art catamaran 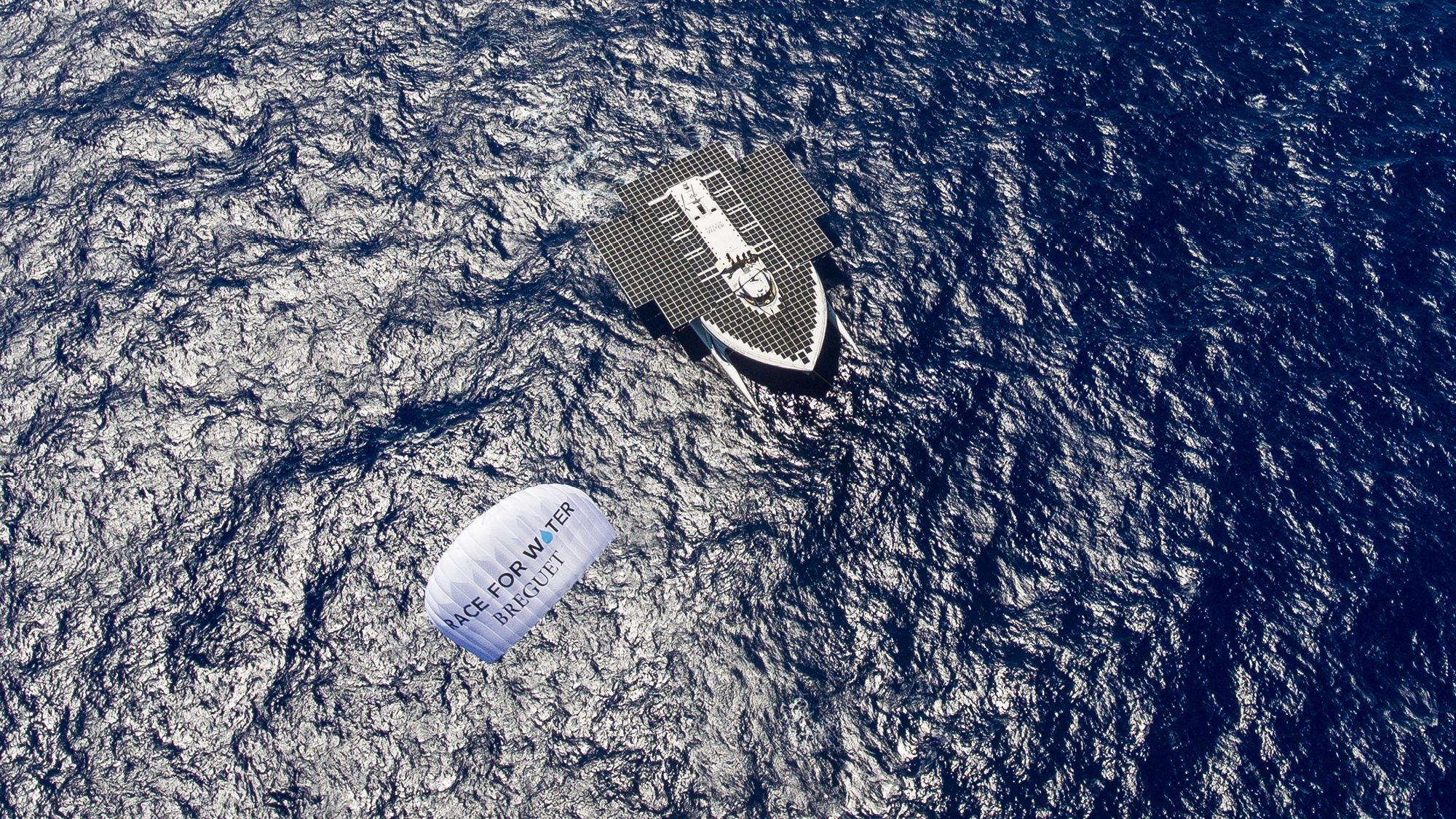 The five-year mission is sponsored by Breguet

The five-year mission is sponsored by Breguet 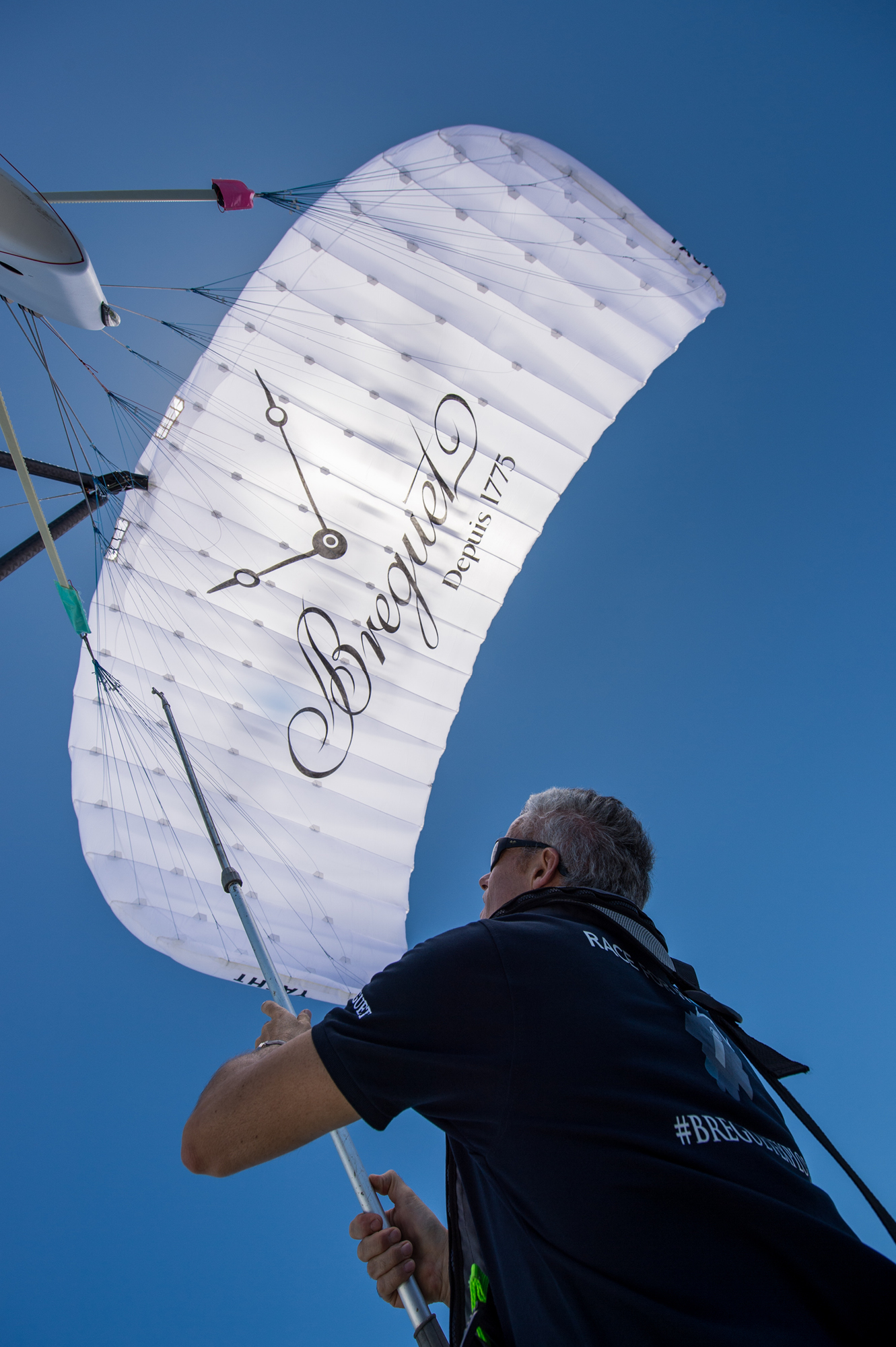 Point Nemo in the Pacific Ocean is about as remote as you can get. Also known as the ‘oceanic pole of inaccessibility’, Point Nemo (named after Jules Verne’s megalomaniacal Captain Nemo from Twenty Thousand Leagues Under the Sea) is absolutely in the middle of nowhere; an isolated patch of ocean located more than 1,000 miles away from Ducie Island (part of the Pitcairn Islands) to the north, Easter Island’s Motu Nui islet to the north east and Maher Island off Antarctica to the south. Point Nemo is so remote that often the closest human is on the International Space Station. Yet even here, in planet Earth’s most secluded and obscure location, there is evidence of plastic waste.

One woman who would be unsurprised by this fact is Annabelle Boudinot, a French sailor and second in command on board Race for Water, a state-of-the-art 35m catamaran powered entirely by sustainable energy. Boudinot and her team are currently on a five-year round-the- world mission, titled The Odyssey, to spread the word about plastic pollution, provide a platform for scientific research and demonstrate the capabilities of renewable energy and how new Biogreen technology provides a solution.

The Odyssey is an ambitious initiative from the Race for Water Foundation and supported by luxury French watchmaker Breguet, which has created a commemorative timepiece. The vessel is manned by five crew members (including Boudinot) and is powered by 500 square metres of solar panels along with a comprehensive hydrogen-kite system, meaning it uses nothing more than the sun, wind and sea to travel the world. Having set sail from Lorient, north- western France in April 2017, Race for Water is currently en route to China and Japan; making her way slowly around the world through 38 stopovers – from the Caribbean and South America to French Polynesia, Australasia and Asia – when she will eventually arrive back in Lorient in late 2021.

‘Our goal is to raise awareness as much as possible,’ Boudinot explains. ‘When people know how big the problem with plastic is then they realise how quickly we need to act.’

Born into a family of sailors, 33-year-old Boudinot is a true water baby. She trained and worked as a naval engineer before later taking part in off-shore yacht racing events. It was while on these races that she saw first-hand the extent of the damage caused by plastic pollution, and felt compelled to use her skills and experience to do something about it.

The foundation is built on three interconnecting educational pillars: ‘Learn, share and act’, explains Boudinot. Race for Water is essentially a floating laboratory, with local scientists from each stopover invited to carry out research, which ticks the ‘learn’ box. A shocking 80 per cent of marine waste comprises plastic, with only one per cent of that being what we see on the surface. This makes research into the subject very complex and nuanced. For example, some scientists have been studying the direct impact of plastic pollution on coral, while others have been looking into the effects of the acidity of plastic on fish larvae (neither is good news).

‘The on-board educational and scientific facilities, which are helping the public to understand the Race for Water mission, are the crux of why we are involved in this partnership,’ says Breguet CEO Thierry Esslinger. ‘We have always been very sensitive about aligning with partners who have a truly voluntary and responsive approach and who care about the preservation of our environment.’

As a floating beacon of the power of renewable energy, one of Race for Water’s most pioneering and exciting initiatives is its Biogreen process for transforming plastic waste into electricity. Designed in collaboration with ETIA, a French engineering company that specialises in ecotechnologies, the Biogreen 300 model can process up to five tonnes of plastic per day to deliver around 500kw of energy through a high- temperature pyrolysis system. Race for Water describes this as ‘a realistic solution that, deployed on a large scale, can end most of the contamination of the oceans from plastic waste.’

As damning as the statistics are, Boudinot remains resolutely hopeful about the future, and although the task at hand is nothing short of gargantuan, a little really does go a long way.

‘We’ve seen people who are working locally doing simple but amazing projects,’ Boudinot says, explaining that Race for Water expects to see a total of 50,000 children, decision makers and government authorities come on board through various workshops and events. ‘There was one project in Guadeloupe where they gave children a place they should take care of. A class from one school took care of the beach; they would go and clean it and try to solve the problems. They made signs to explain about the animals that live on the beach and why it is important to keep it clean. It was very effective because in six months the waste on that beach was reduced by around 80 per cent. This was a very small but very effective project.

For more information and to keep track of Race for Water’s progress, visit raceforwater.org; breguet.com 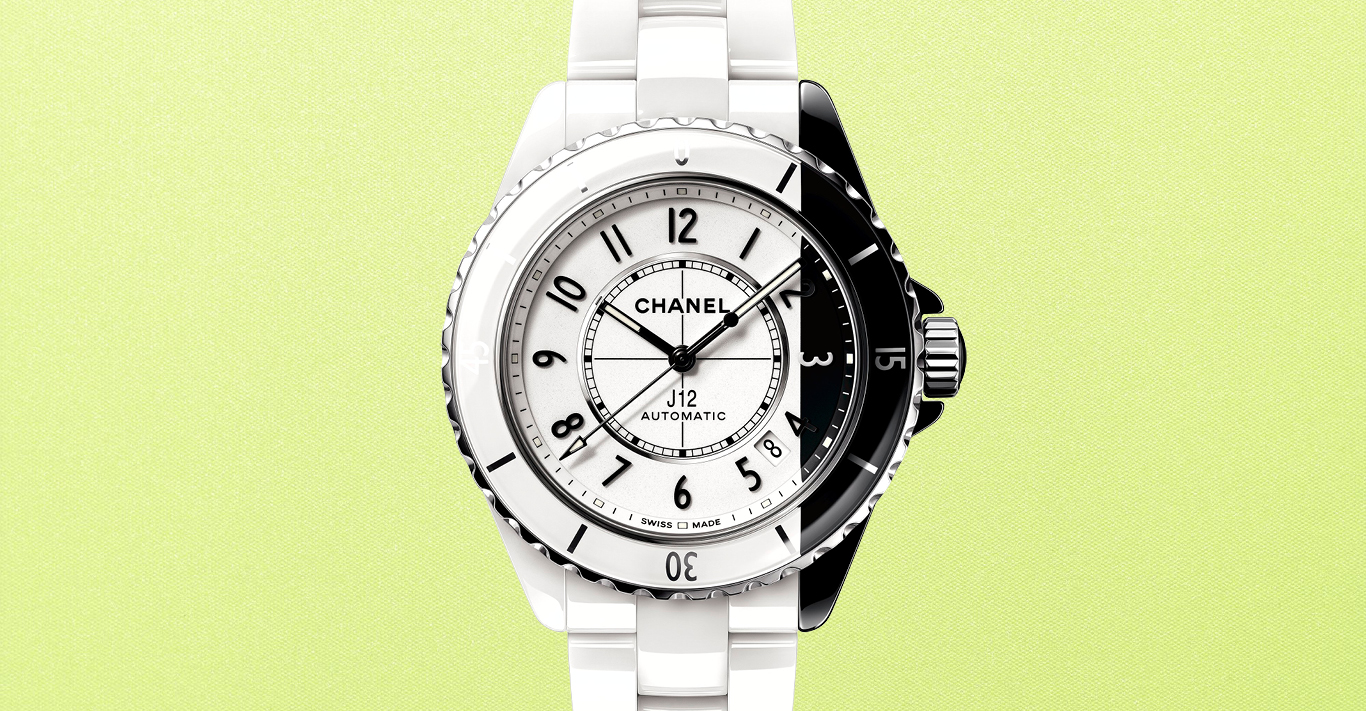 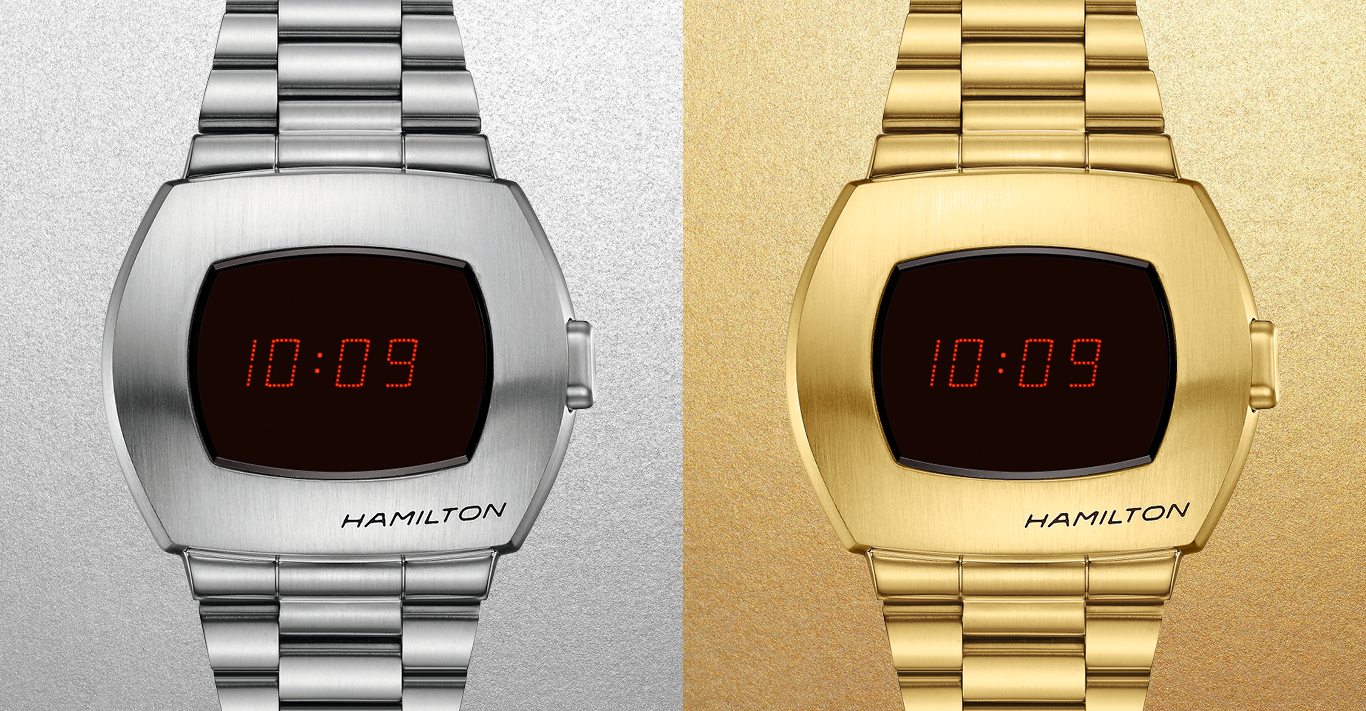 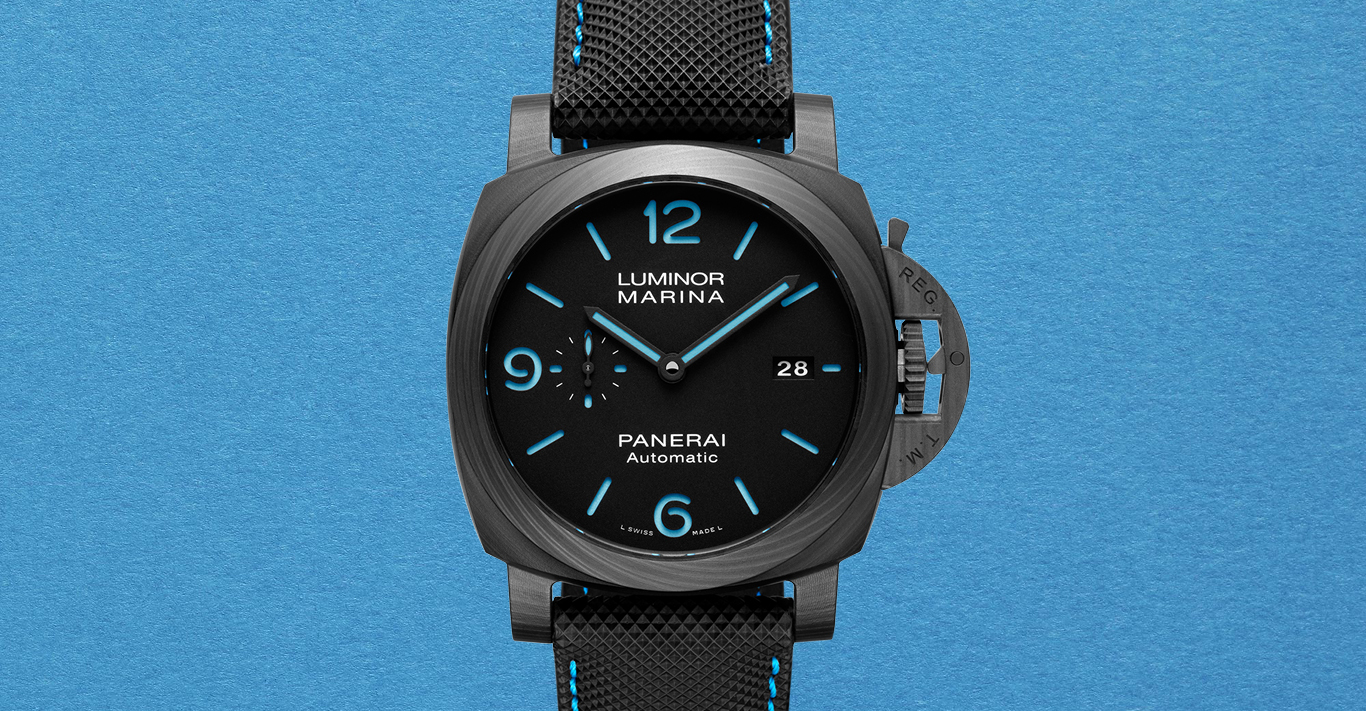