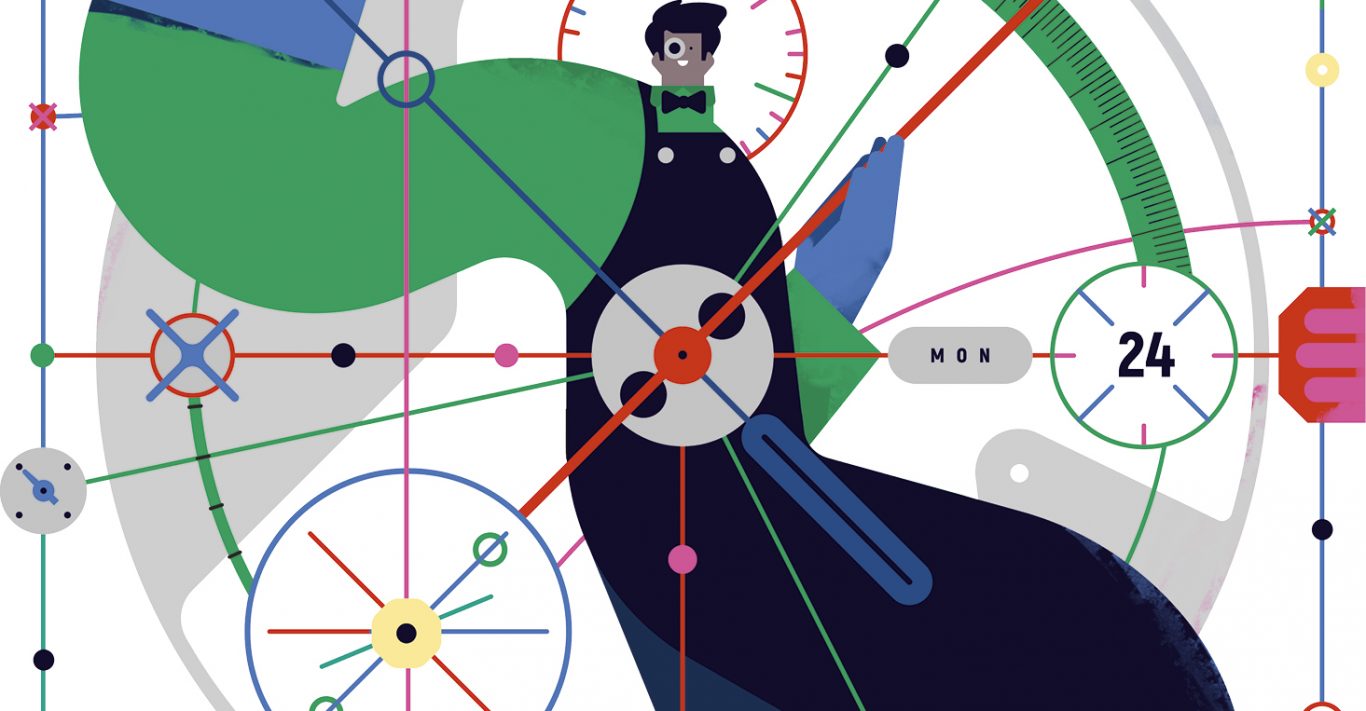 Often higher education institutions talk up their post-study job prospects, but just how many can boast a 100 per cent retention rate for their students in their chosen industry? This is a record that the British School of Watchmaking has retained since it opened to its first cohort in 2006, founded as a direct response to an urgent need for watchmakers to service mechanical timepieces in the UK. ‘The most pressing issue in our industry was a lack of qualified watchmakers entering the trade,’ explains president of the British School of Watchmaking, Jon Weston.

‘This is still a problem, but as more and more students graduate from our full-time courses each year it is a situation which is slowly improving.’ Since then, it has continued to grow not only in the number of students coming through its doors, but also in its offering. At first it provided the two-year WOSTEP 3000 Hour course, designed to equip students with the skills they need to confidently undertake a service and repair role. This was later followed by a slimmed-down, one-year WOSTEP 1800 Hour course.

‘Our two courses share similarities with regard to watch servicing,’ says Weston. ‘Both teach students everything they need in this regard and they leave the school able to fully service quartz, automatic and chronograph movements. Where the courses differ is micromechanics. The 3000 Hour course goes much further in this respect and includes additional elements such as component manufacture and some traditional watchmaking techniques.’ The school now takes on 24 students every two years – eight each January for the 1800 Hour programme and eight every second January for the 3000 Hour.

Its physical site, too, has expanded, recently moving from its original home in Sale to a larger, 6,500 sq ft facility a short distance away in Cheadle, Greater Manchester. Not only will this allow the school to grow its existing courses if required, but it now has room to offer new ones, such as a WOSTEP polishing course, which would be the first of its kind in the UK.

This could soon be necessary, and applications continue to outstrip places. Students come from a range of backgrounds, but there are particular traits that the school looks for that can speak to their future success in watchmaking. ‘To apply, a pass at GCSE maths, English and science are required,’ says Weston. ‘Beyond this we look for candidates with excellent dexterity, analytical skills and attention to detail, and additional interests and skills which are transferable also help to strengthen an application. Following application all potential candidates are assessed at the school prior to being offered a place. A series of tests are used, and places are then offered to those with the best results.’

Since the beginning, the school has run as a non-profit making, independent institution, gaining charity status in 2019. Its continued success has been made possible with the help of some of horology’s most prestigious names, from retailers to watchmakers, all of whom rely on a steady stream of well-trained talent to service their timepieces. This rare coming together and show of solidarity from the industry showcases just how vital a role the school plays in ensuring the future of watchmaking in Britain.