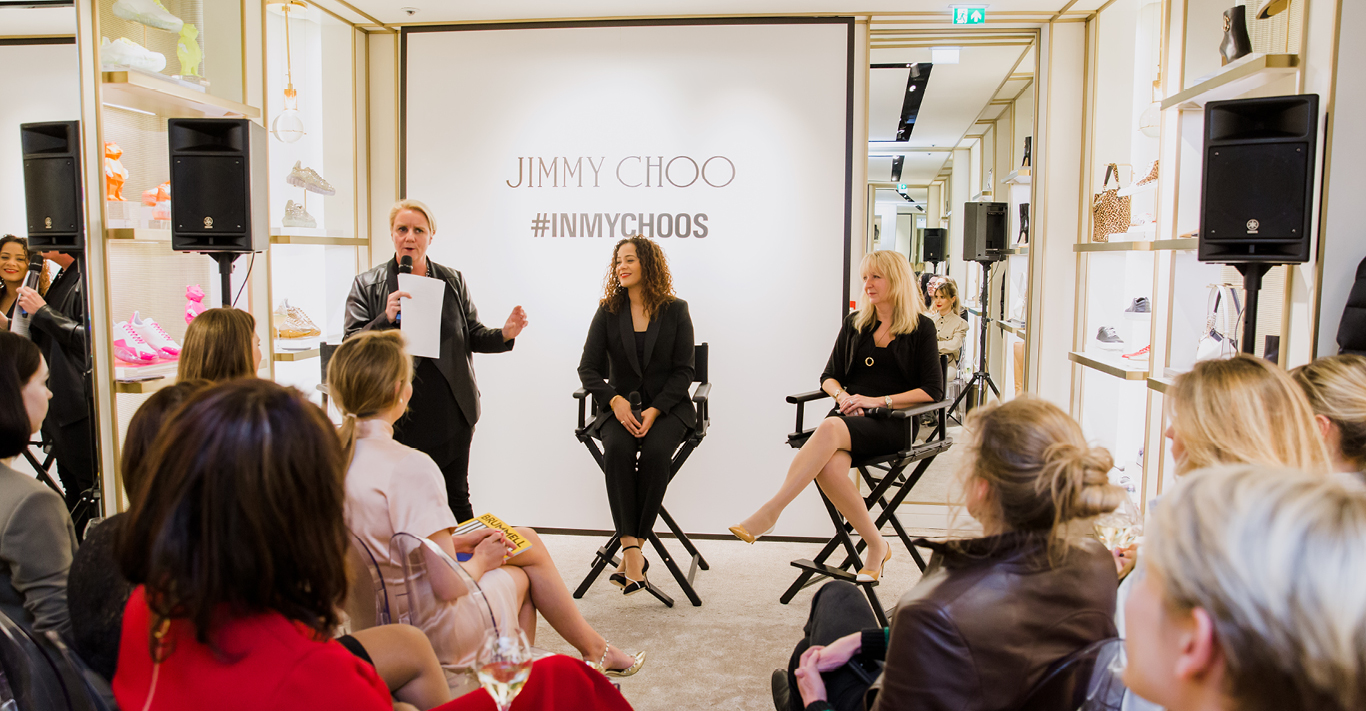 Julia Streets, Dr Miranda Brawn and Sue Langley OBE at the In My Choos event

To tie in with both International Women’s Day and Jimmy Choo’s ‘In My Choos’ speaker series – as well as celebrating Brummell magazine’s current class of Inspirational Women – Brummell held a riveting panel discussion between three of its previous Inspirational Women. Sue Langley OBE, non-executive chairwoman for Arthur J Gallagher UK, and Dr Miranda Brawn, Alderwoman in the City of London and founder and CEO of the Miranda Brawn Diversity Leadership Foundation. The panel was hosted by Julia Streets, founder & CEO of Streets Consulting, DiverCity Podcast host and stand-up comedian.

The panel discussion was an incredibly uplifting, yet honest, conversation about working in the City as a woman today, including how to overcome obstacles, secrets to success, the gender agenda, and the importance of giving back.

Each of the panellists was initially asked how their career in the City began and what their first job was; what attracted them to work in the City, and whether their career progression was planned or happened organically.
Miranda Brawn started out as an analyst at a bank, aged 18, following an introduction by her mother, who also worked in the City, to a recruitment agency owned by her mother’s friend. While working in the back office, she realised she wanted to be in the front office, and, while it took her a decade to get promoted, by the time she was 28 she had worked for the best investment banks and was leading a team of 28 people on the legal side at a top US investment bank. With the help of mentorship within the company, she was able to elevate herself into a sales position.

When asked about how she has become so successful in her career, she stressed the power of a network, and never taking no for an answer. ‘Never give up,’ she said. ‘For me it was a case of either I’m not asking the right question, or, I’m not talking to the right person. You have to build a network, make things happen for yourself and be confident enough to bring your true self to work.’

From since her school days, Brawn had always wanted to be a lawyer, so she studied law in the evenings and at weekends in order to transition from the trading floor as a sales trader into a legal role. To reinvent herself as a lawyer, she launched her own consultancy company covering legal, regulatory, business and diversity advisory services before leading a legal department at an investment bank.

Sue Langley grew up in the East End of London and had no plans to enter the City, until she was introduced into PwC and became a consultant. She describes her career progress as somewhat ‘accidental’, and that she only applied for her first job – she was personally approached about all her roles after that.

Langley acknowledged that it can be lonely as a woman on a board, but she doesn’t see obstacles as barriers as such, she merely believes some things are easier to achieve than others. The only time she has felt close to being defeated was when she was standing for Alderman of the City of London, and she was told she ‘wasn’t good enough, and it wasn’t her right’, yet she didn’t stand down and thanks to her resilience she is now an Alderwoman in the City of London.

Langley agreed that networking is incredibly important, but explained that you have to have the self-belief that you can do it when you get the opportunity. ‘The secret of success is to be authentic and be yourself. Don’t be frightened of being you; don’t be a ‘she-man’; be resilient and move quietly forward. If you don’t like a job, don’t do it, as life is too short.’

Julia Streets also began her career at PwC, having left school with less than brilliant grades, she started at the very bottom rung working in the typing pool before being picked out to work for one of the key partners. She then quickly moved into the PR world running the office of the deputy chairman. ‘I worked really hard over the years taking all the tasks nobody wanted to do, and then worked my way up to be head of e-commerce during the dot-com boom,’ she said.

Having recently left an executive committee role at a global stock exchange group, Streets had a lightning-bolt moment that she should be a stand-up comedian, and within three days she had booked herself a show at the Edinburgh Fringe Festival.

Echoing the message of being yourself and believing in yourself, she revealed that the early mistakes she made as an entrepreneur were because she listened to the wrong people. ‘People said you can be a businesswoman or a comedian, but you can’t be both. Yet look where we are now! Don’t believe the people around you who try to put you in a box.’

While doing comedy gigs, Streets’ consultancy business, Streets Consulting, also took off as a purely virtual business model. ‘There’s a pool of brilliant talent out there: working mothers and caregivers, whose only option is to commute into the City, who feel the daily tension of not being where they would want to be,’ she explains. ‘By being virtual, we can keep our pricing competitive and harness an incredible talent pool. We don’t need a bricks-and-mortar office, as technology is a great enabler.’

The three panellists also spoke about the importance of giving back and the charities they support, with a percentage of Jimmy Choo sales from the evening being contributed to the charities of their choice. In order to empower the next generation of leaders, Miranda Brawn founded her own charity, the Miranda Brawn Diversity Leadership Foundation, in 2016, awarding scholarships including mentoring and work experience opportunities to young people in industries ranging from finance to fashion.

Sue Langley is a trustee of Macmillan Cancer Support, which offers emotional, physical and financial support to those affected by cancer, and she is also a mentor to a number of people in a range of sectors. Julia Streets is a trustee of Street Child, a charity helping to provide sustainable models of education in many of the world’s toughest places, including refugee camps and war-torn countries. They help with the entire education cycle from child and adult literacy, teacher training and enterprise skills. ‘When you provide education you change society for the better,’ says Streets.

The discussion gave an enthralling insight into the individual journeys of our esteemed panellists. What was particularly inspiring, however, is how each of the women is extremely successful in their own right, but is also doing so much to contribute to others being successful and achieving their dreams. 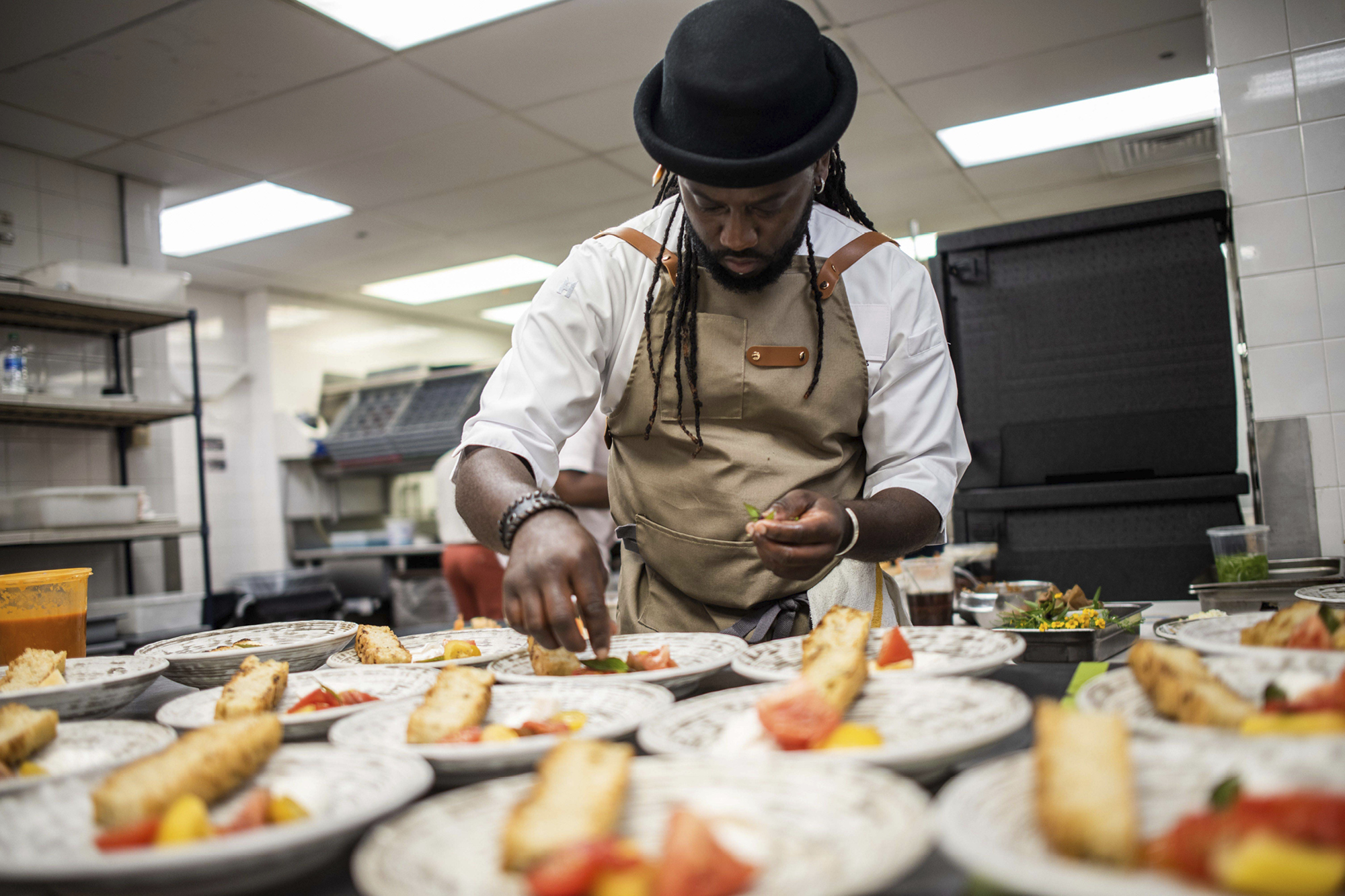 Brummell speaks to the celebrated chef about his new restaurant, Boiler & Co, pairing food and cocktails, taking inspiration from growing up in Anguilla and why he’d like to cook for Rihanna 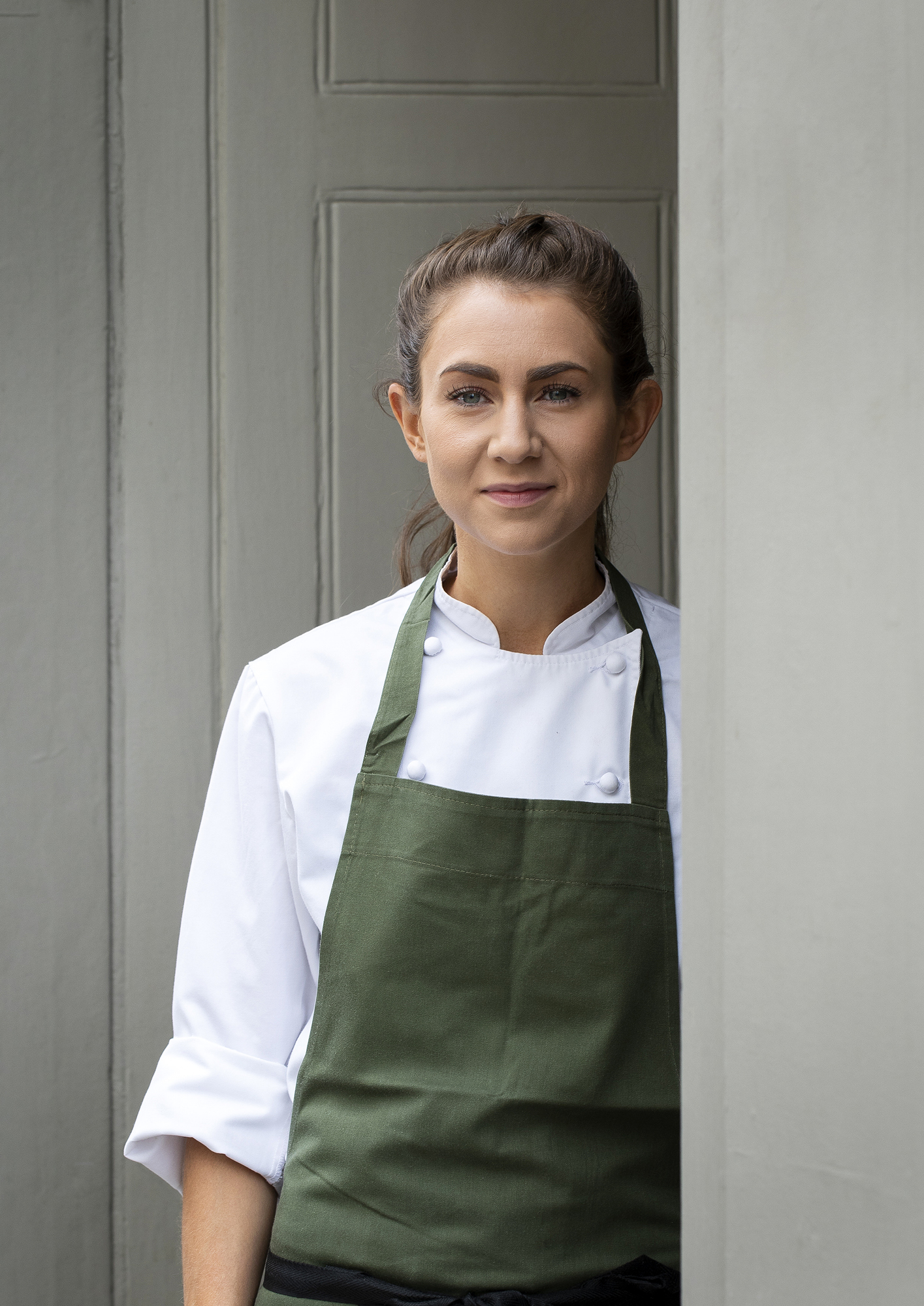 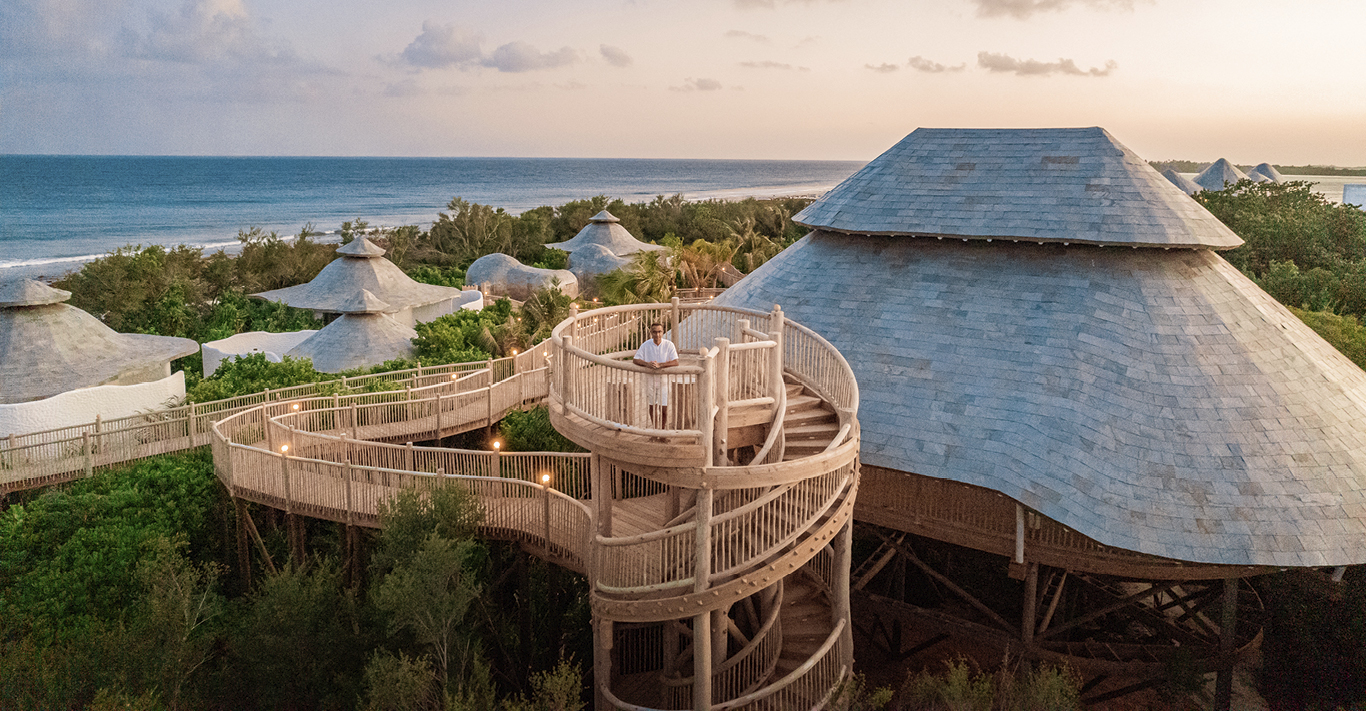