Oliver Spencer actually produces two very different collections. One, Favourbrook, is the result of his setting up a stall in Portobello Road back in the ’90s and selling waistcoats using excess cloth he bought from a maker of ecclesiastical silks. After supplying clothes to Four Weddings and a Funeral, Favourbrook took off and now does entire party and wedding outfits for men and women. The Oliver Spencer collection, by contrast, is the other side of the coin – relaxed, contemporary menswear, with a nice take on urban pieces like unstructured linen jackets and easy knits. It’s all well put-together but not remotely flashy. A bit like the man himself. Oli has a place on the Isle of Wight from which he indulges his lifelong passion for sailing, and these days he likes to make the journey from there to London on his lockdown prize, a KTM 1090 Adventure motorcycle. Here, he tells Brummell all about it.

I went to Morocco on a KTM trip 15 years ago and I fell in love with their bikes. They are simply fantastic off-road motorcycles. It was an organised ride and we went from Marrakech over the Atlas mountains and then down to the Sahara. The whole thing took a week and a half there and back. We were staying in places and camping, a mixture – out in the dunes one night, in an old fort the next, bedded on the floor, and then stopping at a nice hotel where there were guests who were making movies.

The trip was all about the bike in this place. Morocco is the rockiest place I’ve ever been to, but the diversity of the terrain is incredible. You start in the city but you’re soon into pasture and farmlands; then you head up into the Atlas mountains and you find a landscape that is almost Alpine, like a ski resort; then down at the other end you hit sand, and not just sand, but a lot of different types of sand. One desert looks like it’s made of tarmac, but it’s all sand, while another is rocky sand, almost volcanic, and you really don’t want to fall off on that. And then there’s the sand that is like fresh powder snow, where you’re down to one mile an hour to get through. The worst thing about this last stuff is that it gets everywhere – I was trying to get it out of my ears and mouth and all the nooks and crannies of my gear.

This bike was incredible in all these different conditions. I remember going off the side of a river bank and making a jump that was a lot bigger than I thought. I turned the throttle to keep the front end up and I can still recall how the bike really looked after me. If I’m being honest, I would admit that I am not the best rider, but the machine was so well balanced that it made me feel confident and safe.

What I rode in Morocco was one of KTM’s 400 range, and since then I’ve done more trips – back to Morocco, to Nepal, and I’m going to Namibia soon. But ever since that first journey in Africa I’ve been thinking about getting a KTM for myself. Eventually, during lockdown, I was browsing the internet and I saw this one for sale. It’s a 1090 Adventure and was on sale, second hand, at a well-known dealership called Laguna Motorcycles in Maidstone in Kent; and it was a great price as clearly the garage needed to shift some stock. I called up and explained what I was looking for in a bike and the guy at the other end said, ‘Don’t worry, this is exactly what you want’. And he’s been proved right. 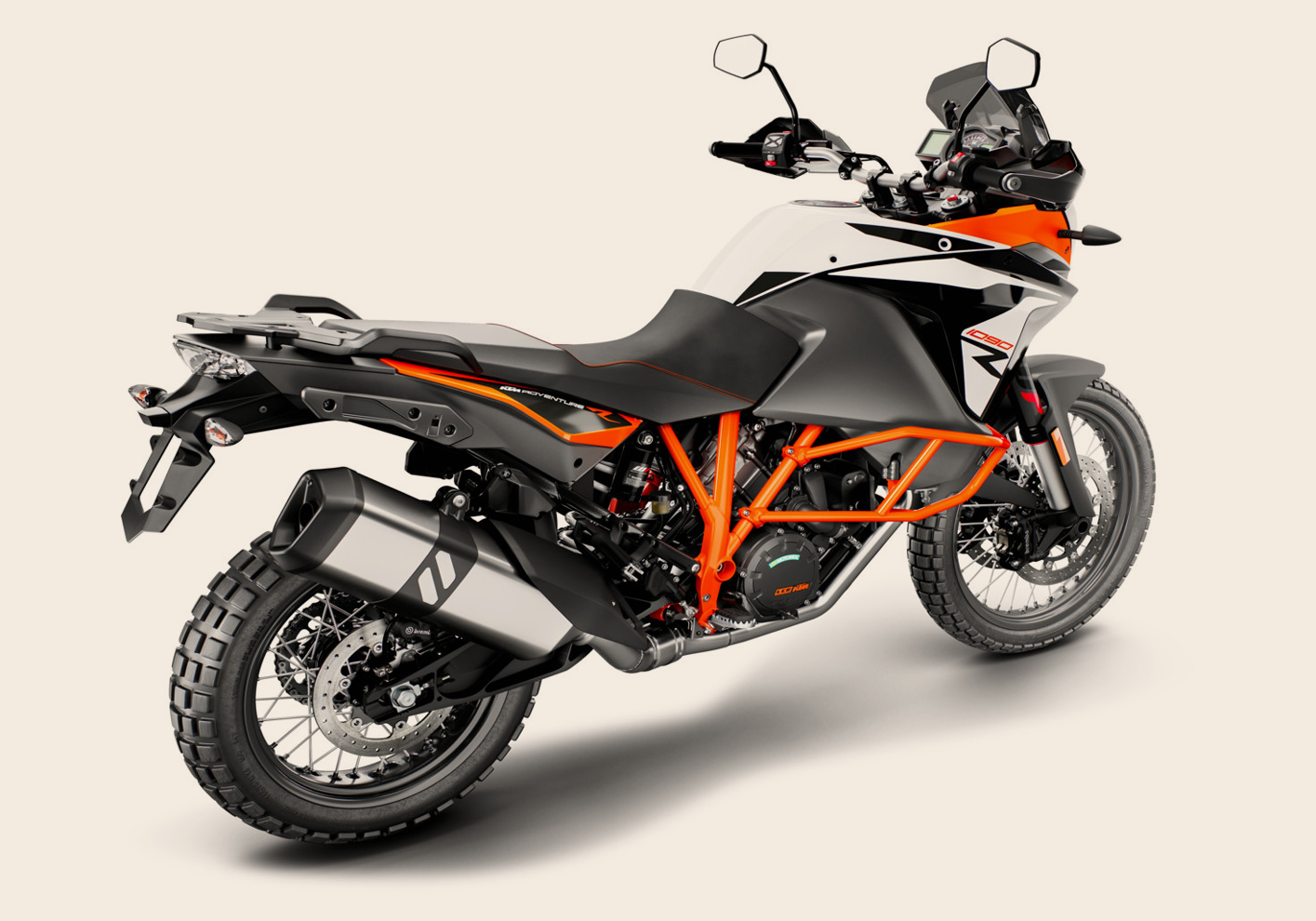 I’m self-aware enough to know that an impulse buy of a motorbike online might scream midlife crisis. But I don’t care. I’ve always ridden a bike – since I was eight years old when my first was an Italjet, an old-school Italian machine. I progressed to a Honda XL125 trail bike, a nice scrambler. I used to ride off-road on farmland. Since then I’ve had all sorts – I’ve had my bike licence since I was 19. So, to be honest, not having one felt odd and the KTM has filled that gap.

What I’ve always loved about motorbikes is the sense of freedom they give you. I like it for going down to the Isle of Wight, where I have a house, and I’ve been to Wales, Yorkshire and the Lakes on it too. I might just put it on a truck up to Scotland this summer – I don’t like motorway biking. For me, it’s all about the technical ride, crossing terrain. I guess I’m not into speed. And of course, as you might expect from a fashion designer, it’s also about the way bikes look. I like the way you don’t wear Lycra, you wear leather.

The KTM is big, but I feel very secure sitting on top of it. Though I must confess that after three months I managed to drop it while standing still. An absolute nightmare! The Moroccan trail is one thing, but the roads of South England would appear to be quite another. And, apparently, midlife crisis or not, you’re never too old to make a rookie blunder. 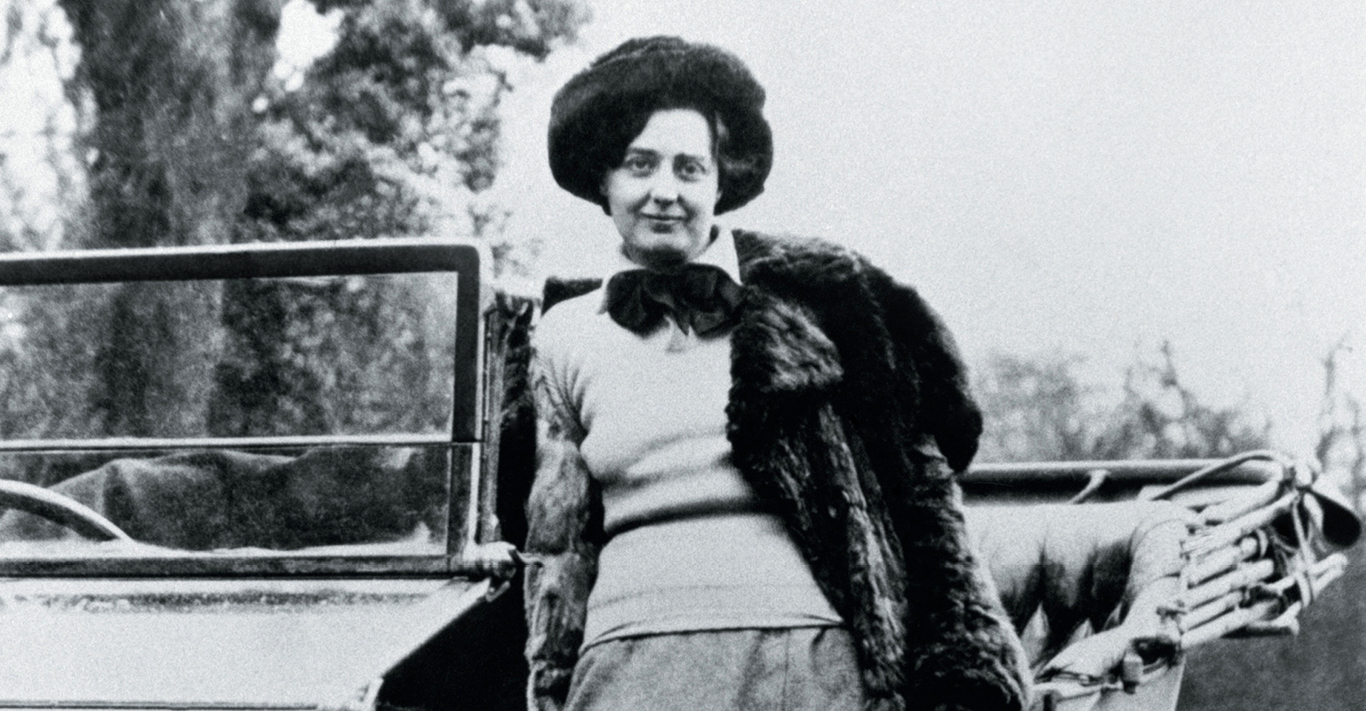