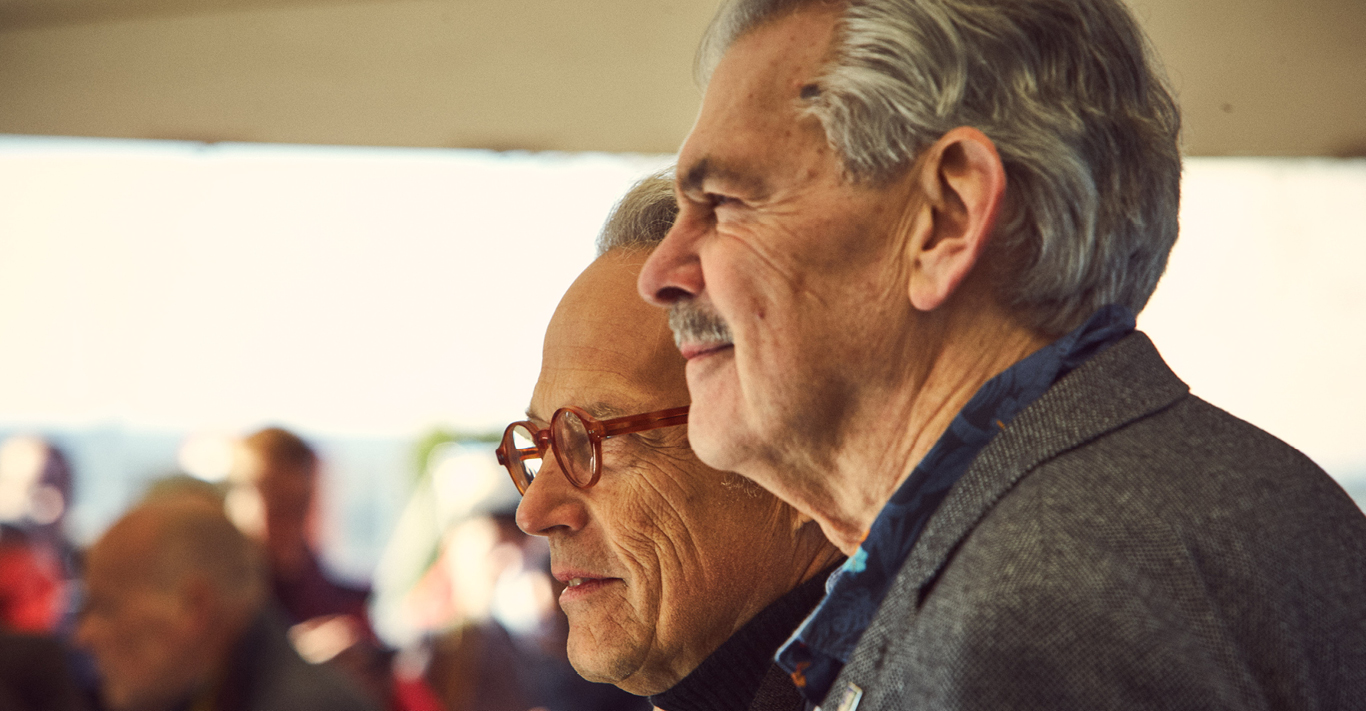 Gordon Murray and the Duke of Richmond unveil the T.33 supercar

Gordon Murray is on a mission. He’s in a race against time to create driving perfection in a car with a petrol engine before the curtain falls on fossil fuel power. If you wanted one man to lead this quest, it would be Professor Gordon Murray, CBE. A long-time employee of McLaren before going out on his own, he created arguably one of the best motor cars of all time, the F1, after a career designing race-winning Formula 1 cars.

The F1 was produced in 1992 and was immediately hailed as one of the finest vehicles ever made for the road. Many cars since have surpassed the F1 in terms of statistics for top speed, acceleration or power, but that is largely irrelevant, as none have quite reached the achievements of the F1, which was regarded by many as the ultimate driving machine. And it did all of this with Murray’s trademark purist approach – manual gearbox, naturally aspirated engine and absolutely nothing on the car that didn’t perform a purpose.

As we move into an era where emission laws will ultimately kill off the internal combustion engine, car historians could be forgiven for already composing the automotive Hall of Fame with the McLaren F1 at the analogue apex… that is until Murray decided to try to improve on what many see as motoring perfection.

Gordon Murray Design has been busy over the past few years working on lightweight transport solutions, but the headline-grabber was the T.50 supercar, released in 2020 under the GMA (Gordon Murray Automotive) badge. A passing glance reveals that this supercar is the heir apparent to the legendary F1. The look of the car echoes the immaculate exterior design that Peter Stevens so successfully applied to the F1. The seating layout is carried over from the F1 with the driver in the middle and a passenger wedged in on either side. So revolutionary at the time, it got everyone from kids to car journalists excited in the 1990s and it’s a wonder why we have not seen it more often on driver-focused cars, given the purity of that central steering position. Gullwing doors complete the exotic supercar look, but it is under the skin where the real magic happens.

The naturally aspirated V12 engine is the star: at only 178kg, it produces 654hp and redlines at an incredible 12,100rpm. Put simply, it is the lightest, highest-revving, most power-dense naturally aspirated V12 engine ever fitted to a road car. And boy does it sound good. If these engines are soon to be a thing of the past they are going out with a glorious fanfare. The engine is mated to a lightweight 6-speed manual H-pattern gearbox. This obsession with lightness keeps the T.50 under the magic 1,000kg, tipping the scales at 986kg. The T.50 is a triumph of packaging – a car with a similar footprint to a Porsche Boxster, yet packs an unholy sounding 3.9 litre V12, can take you well over 200mph – and has room for an extra person and 288 litres of luggage space.

Alas, there will only be 100 units built and all are sold at a price of £2.36m. But that is not the end of the story. At the Goodwood Members’ Meeting this year, Murray, with the help of the Duke of Richmond, pulled the covers off act two of his great analogue revival. The second model has just been released and is a snip at £1.37m. The T.33 has more traditional side-by-side seating for its two occupants and lacks the gullwing doors – Murray is not a fan of the wings and vanes that dominate modern supercars and the T.33 is an homage to sports cars of the 1960s with clean lines that belie any aerodynamic work the body is doing. Mercifully, the Cosworth V12 is retained, albeit retuned for regular running and still with an astonishing 11,100rpm redline.

Limited, as with the T.50, to 100 units, it will surely sell out, but this will not be the last hurrah as Murray has plans for more versions and hopes to utilise what is without doubt one of the finest engines ever created for as long as he can. Emission laws are tightening, but expect a busy time from Murray and his GMA brand, which will create a collection of future classics that may well see him achieve his goal of driving perfection.