The world’s a rum old place

Brummell Drinks Club gets into the spirit of the summer with a global round-up of rum makers – from the Caribbean to Scotland via the Philippines, Seychelles and Mauritius 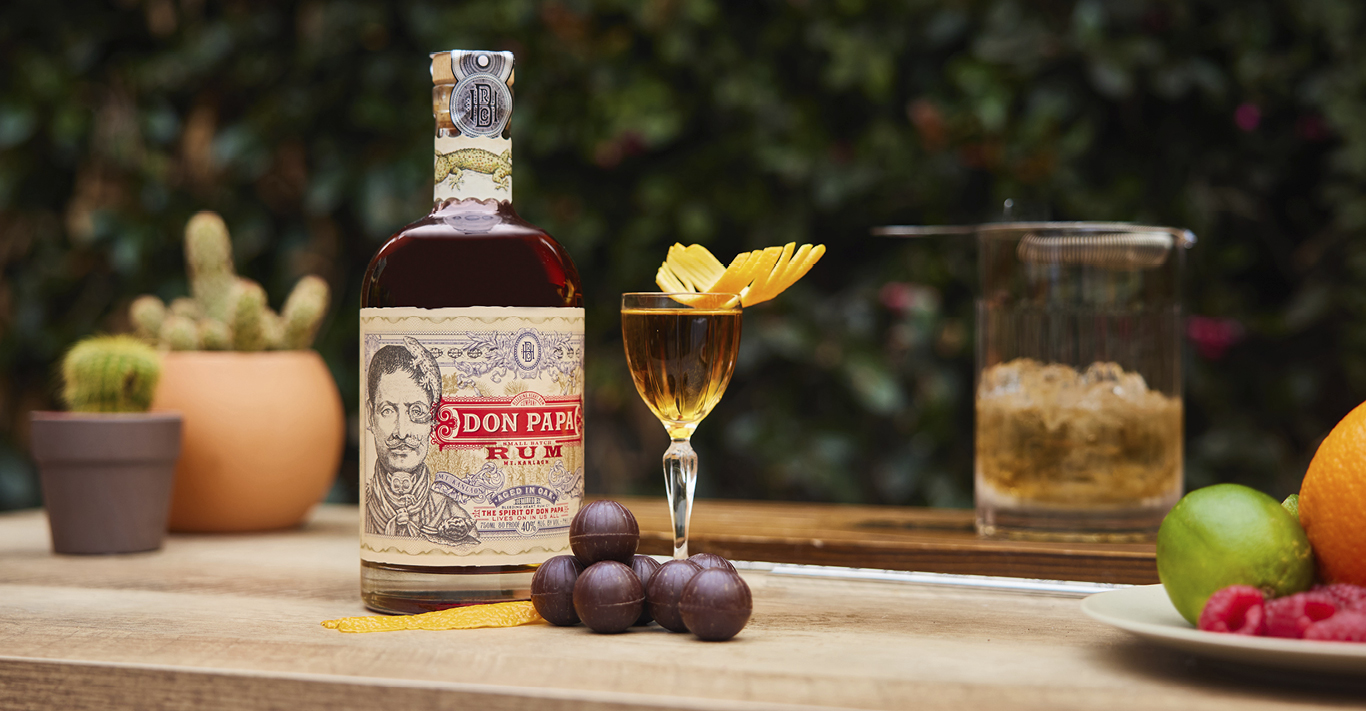 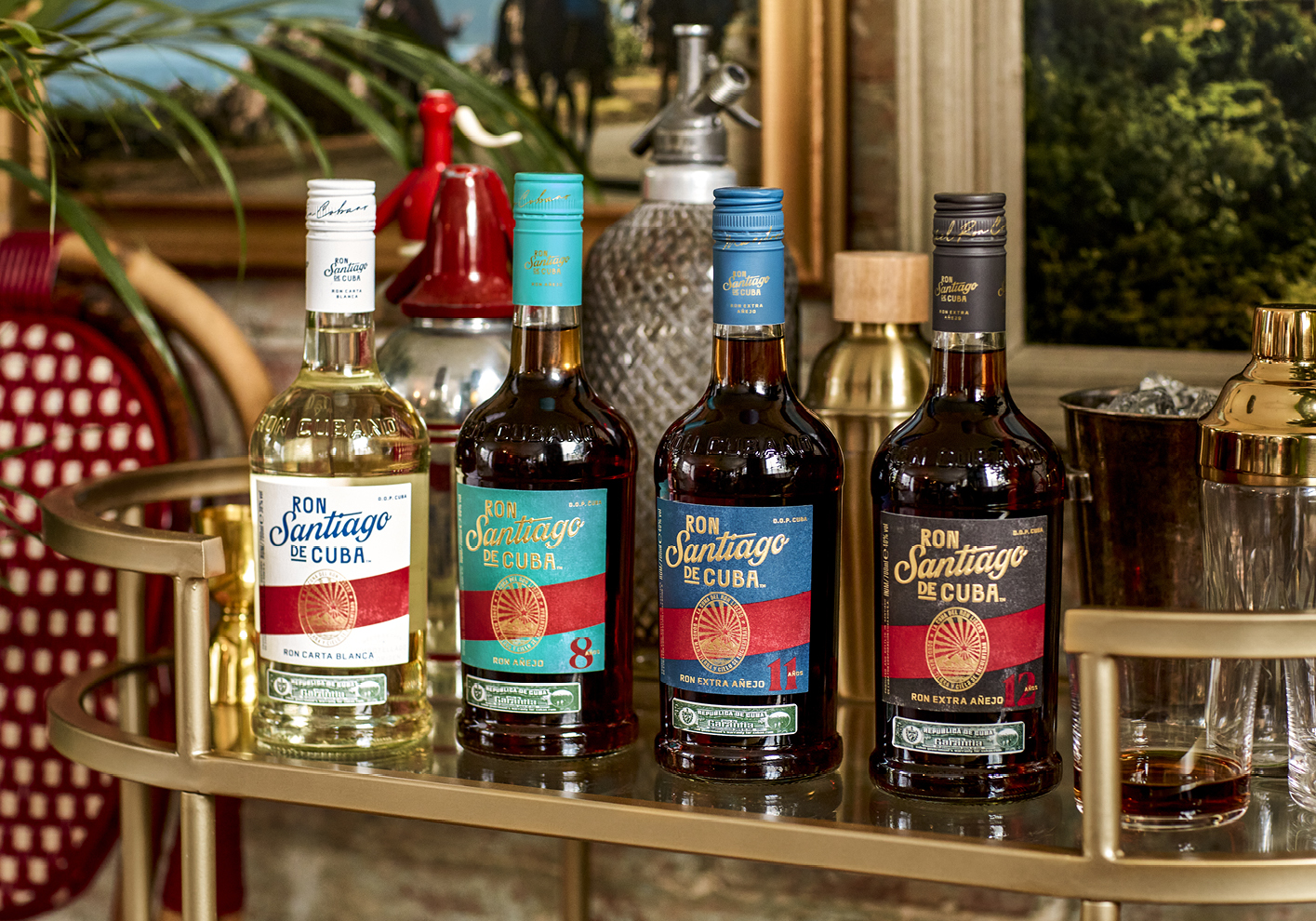 We begin our journey around the world of rum in an obvious location – but at the opposite end of the country from the familiar city. Santiago is in the south-east (close to Guantanamo, uncomfortably) in the province of Oriente – known as the “Cradle of Light Rum”. The area’s cane is aromatic and mineral-laden, producing a molasses that’s high in sugar but low-viscosity and low in acidity – more like a nectar. It results in a dry, delicate rum. One of the rules of rum is “never trust the colour to tell you its age”, and that is true of Santiago, but in reverse… its Carta Blanca is clear but has actually been aged in white oak, and not once but twice (before and after blending) and then filtered to lighten it. The result is a balance of fresh cane notes with softening wood sugars that makes it ideal for daiquiris… several bars in London use it for their own versions of the classic Cuban cocktail (see the website for details). Of course, there are añejo and extra-añejo rums in the range too, where tropical fruit, then nut, then dark chocolate notes are revealed with each year of ageing (8YO, 11YO, 12YO). But they never lose that dry, delicate character of the original sugar cane nectar. 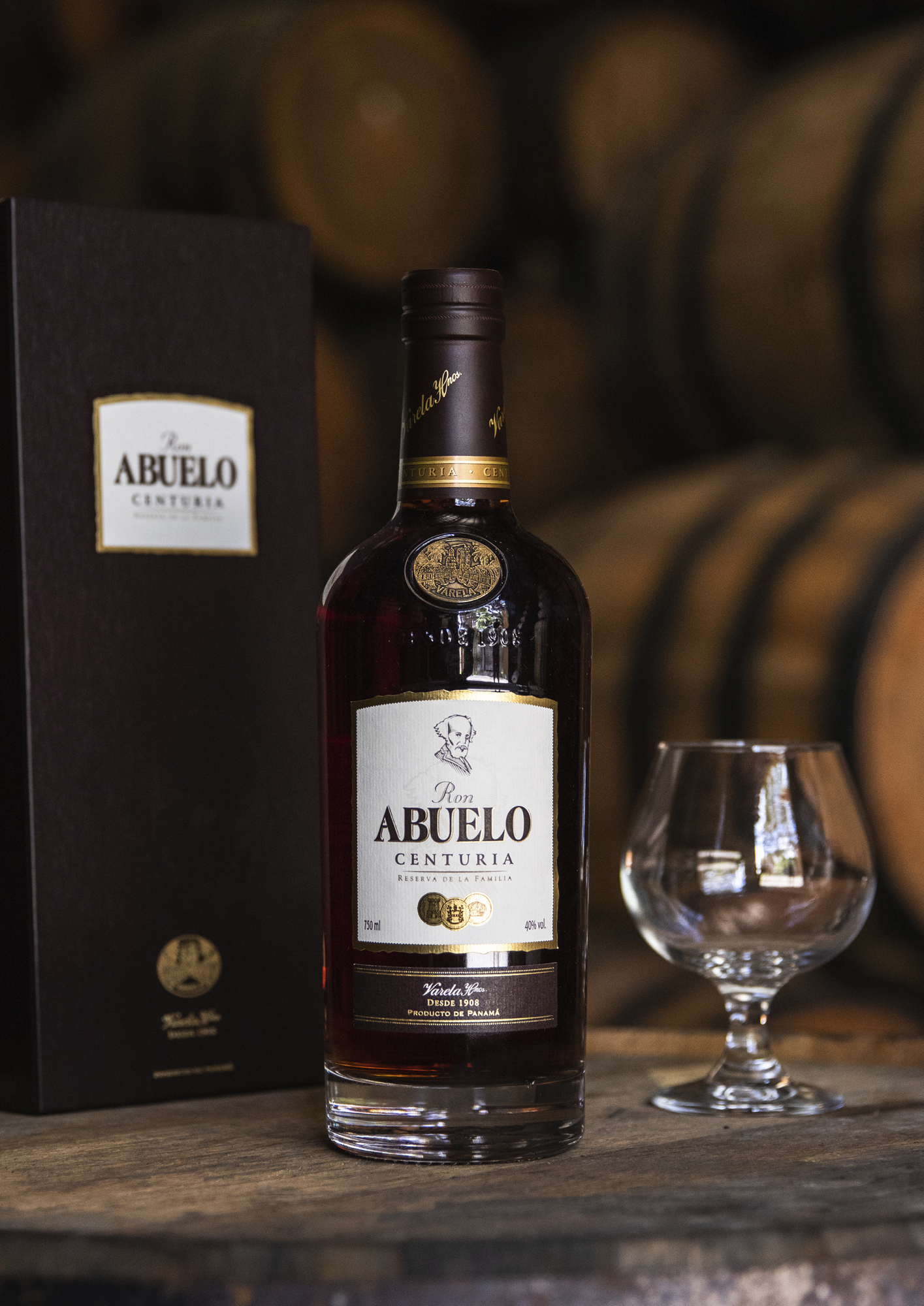 In 1908, Spaniard Don José Varela Blanco established a cane-growing estate, with its own sugar mill, in Panama, but it took 28 years for his sons to convince him to distill cane juice, and another 24 to produce the rum named “grandfather” in his honour. The 21st century, however, has seen the family-run business really raise its game. Building on a base of 7YO and 12YO rums, Abuelo is exploring the possibilities of premium rum, pushing the envelope and breaking expectations. The cane used is still grown on the family estate, but there is no blind allegiance to tradition. The traditional (colonial) segmentation of “Spanish-style” as opposed to “French-style” or “British-style” rums is ignored. Ron Abuelo will blend spirit made directly from cane juice (for funky, vegetal notes) with that distilled from molasses. And those distillates could be from a pot still or a column still. As for ageing, there are myriad innovative ways this is done, creating expressions as different as you’d expect from a single malt whisky. Centuria is aged in the solera system (a liquid pyramid scheme – barrels never empty but are topped up with newer rum, mixing with the older); the new Two Oaks (which won double gold at the important 2022 San Francisco World Spirits Competition) is 12YO rum finished in a deeply charred virgin American oak cask to add smoky sweetness. Meanwhile, the Finish Collection gives you the choice of Oloroso sherry, Napoleon cognac or tawny port influence at the end. Worth exploring.

Made almost entirely from ingredients sourced on the Seychelles, and distilled and bottled on the islands too, Takamaka is a truly unique rum born of the Indian Ocean. The rum was founded by brothers Richard and Bernard d’Offay 20 years ago with the aim of representing the island paradise in some seriously good spirits. Made from local sugar cane and home-distilled molasses, with some additional Caribbean flavour sourced from the legendary Foursquare Rum Distillery in Barbados, Takamaka has a uniquely Seychellois flavour. The distiller has just launched the new St André Series of four premium rums, named after the distillery’s location in La Plaine St André, on Mahe, including the Extra Noir, Zepis Kreol, Pti Lakaz and Grankaz: each of which has been crafted to capture the heritage of the brand, Seychelles’ Creole traditions and the rum’s island home. 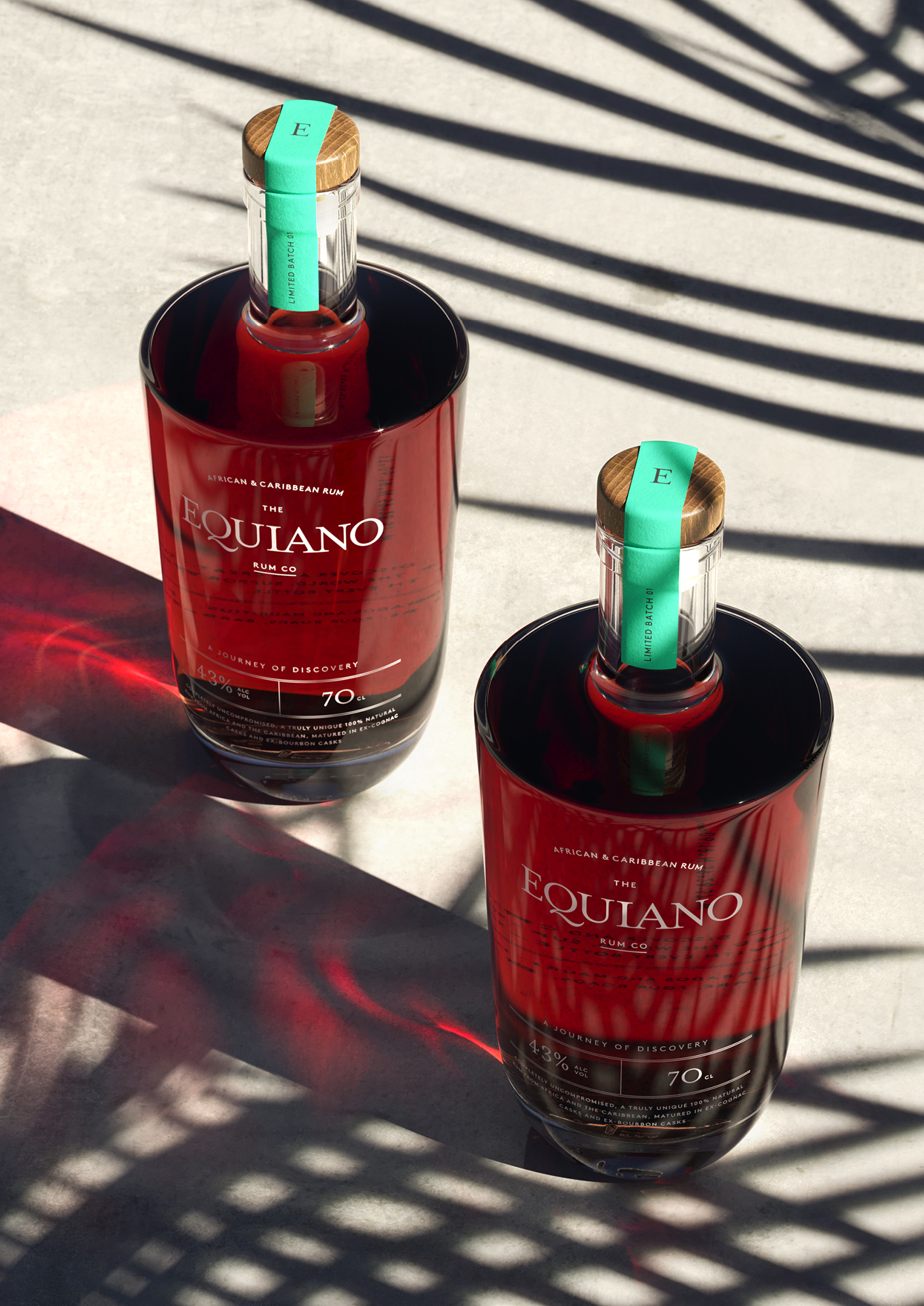 The “world’s first Afro-Caribbean rum” is made from a blend of aged molasses rums from Barbados and Mauritius and is aged in the tropics to create a liquid that is complex, sophisticated and moreish. Equiano is 100 per cent natural – so no added spice, flavouring, colour, or sugar – and is matured in cognac and bourbon casks. Global rum ambassador Ian Burrell is one of the co-founders, so it has an exceptional pedigree, which could be why it has already picked up gold medals at four of the world’s most important spirits competitions. As well as great taste, Equiano also has a great soul – it is named after Olaudah Equiano, an 18th-century abolitionist who managed to secure his freedom from slavery by selling rum and, in fitting tribute to his story, Equiano donates five per cent of profits and £2 of every bottle bought in the UK to ground-level freedom and equality projects such as Anti-Slavery International every year. 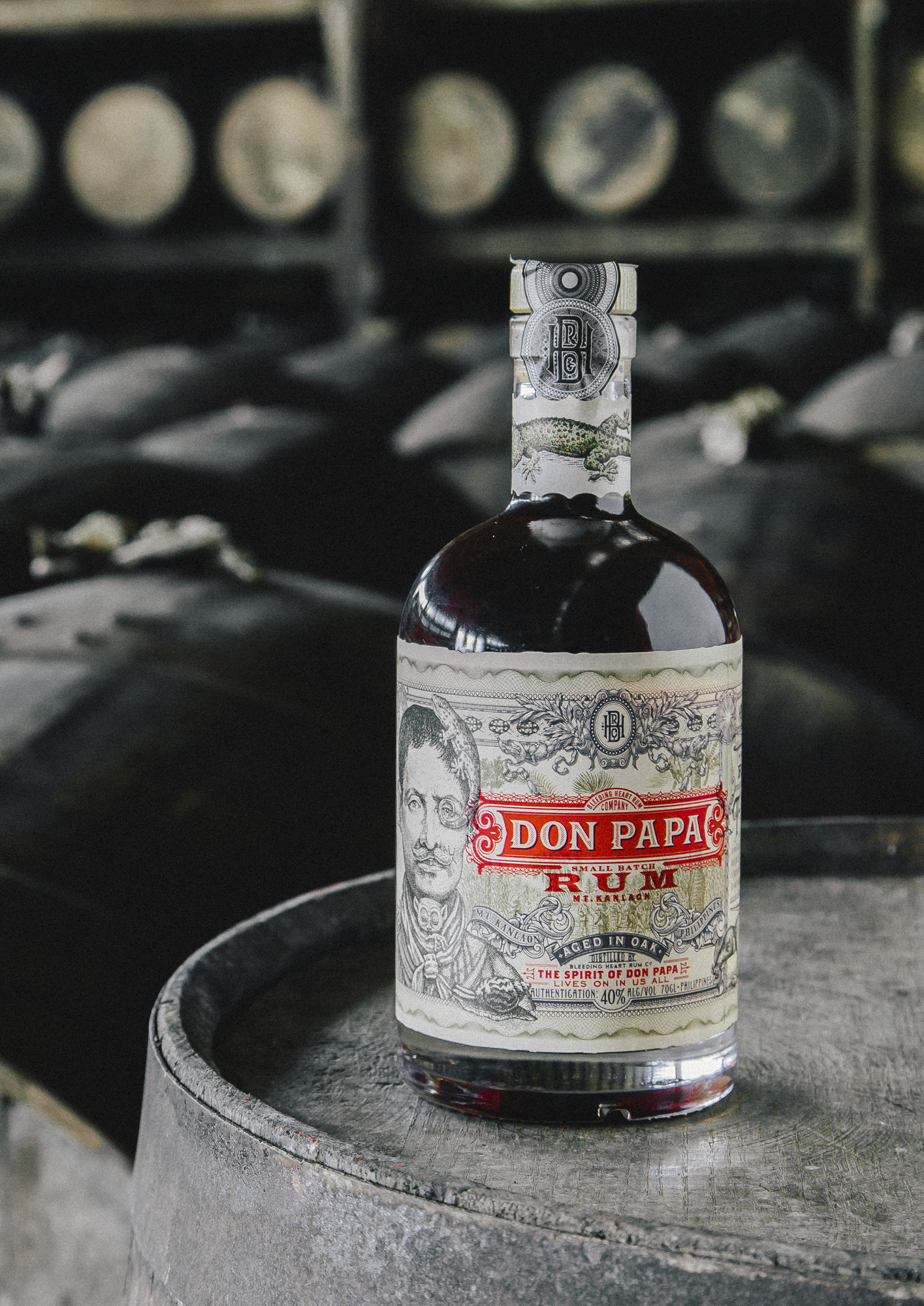 Don Papa is a premium, single-island rum from the Philippines. The rum is independently crafted on the foothills of the active volcano Mount Kanlaon, on the island of Negros, where the finest local sugar cane is milled to produce rich molasses. The Philippines is perhaps one of the lesser-known sugarcane producing countries, but Don Papa has made the most of this superlative local crop to produce a selection of delicious rums. Don Papa is then aged for at least seven years in former-Bourbon American oak barrels. The resulting rum is smooth and sweet, with notes of vanilla, honey and tropical fruits. Don Papa also produces a number of variations on its original rums, including exquisite expressions aged in sherry, rye or port casks as well as the Rare Cask, aged in over-toasted barrels for an unusual, compelling and exceedingly rich finish. 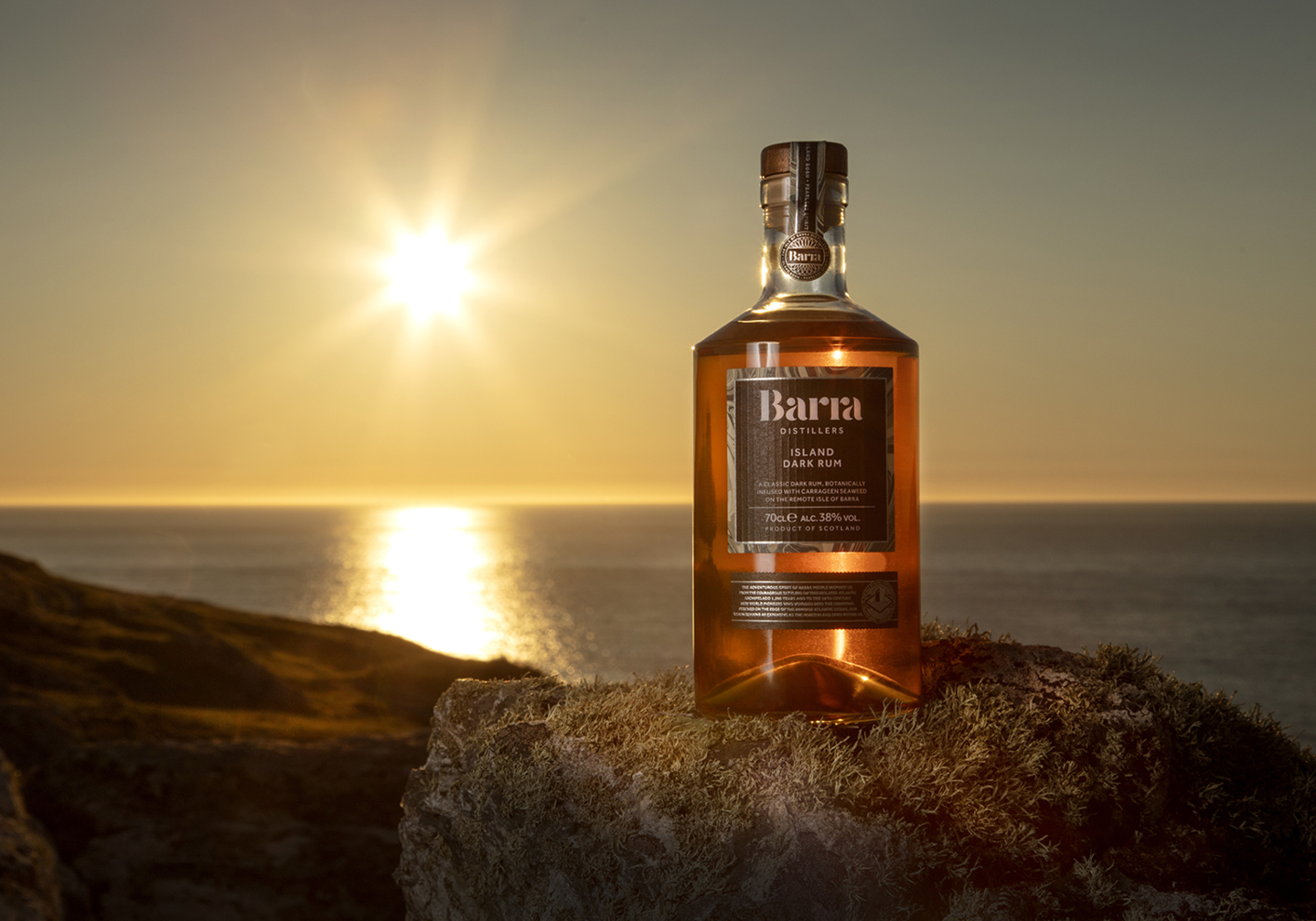 An island in the North Atlantic is probably the least likely source of rum of all in this list; the Outer Hebrides are not exactly hotbeds of sugar cane agriculture. But then again, there is very little barley grown on Islay or Skye and no one dismisses those islands as unsuitable for whisky production. Barra is a (subtly) flavoured rum, and that’s where the local element comes in. As well as coconut, cardamom, lemon and orange peels and cloves, imported rum is infused with carrageen seaweed. This gives it a silky mouthfeel as well as a maritime aroma. It makes an interesting Dark’n’Stormy (2 parts rum, 1 part lime juice, a dash of sugar syrup, shaken, served on rocks topped up with ginger beer). Ultimately, Isle of Barra Distillers founders Michael and Katie Morrison are aiming to build a larger distillery to produce whisky, and are raising investment. They have some heavy hitters in their team, not least Finlay Calder – best known as a hard-tackling Scotland and Lions rugby union player, but also with a track record project-managing distillery builds. Also advising is the recently retired Glenlivet master distiller Alan Winchester, who has a wealth of experience.