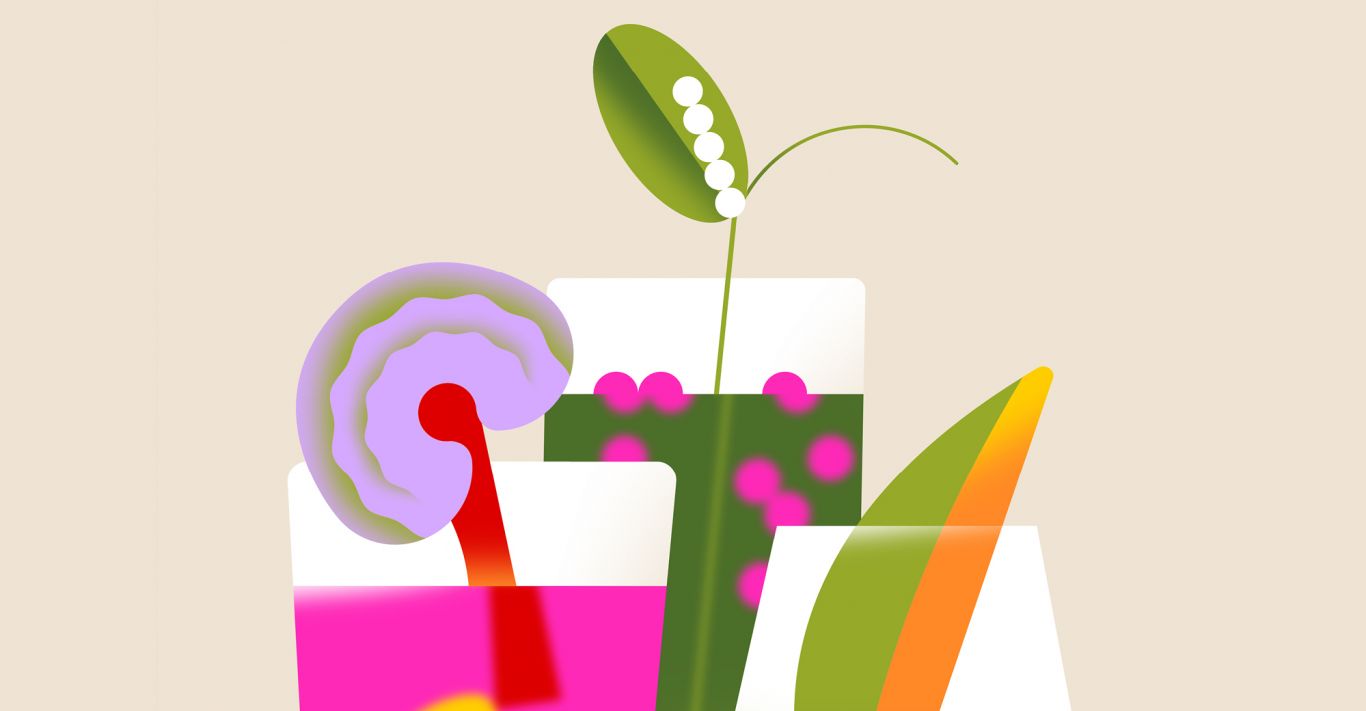 It used to be simple. You’d nip down to the pub for a pint of lager or a glass of malbec. Then came the trend for gin made in small batches and served in huge, bulbous glasses. These days, if you drop into Hide Below (hide.co.uk) in Mayfair you can order a dry martini stirred with frozen birch sap instead of ice. Or, in Soho, Wun’s Tea Room and Bar (tearoom.bar) serves cocktails that fall into six categories: fruit forward (salted lime and rice); earthy and spice (black sesame and banana); herbaceous (kumquat and woodworm); floral (devilwood flower and aged tangerine); virgin cocktails (coriander and kiwi) and classics.

Across the city, in east London, a forager called John the Poacher scours Hackney Marshes and local parks for horseradish and wild strawberries. He supplies a no-waste cocktail bar called Scout (scout.bar) with lavender cotton and rosehips while he drops off vast amounts of elderflower and mugwort to Square Root sodas to use in tonics and cordials. If that all sounds a little tame, Mother Root (motherroot.london), run by a woman called Bethan who worked for a decade in the wine industry, blends ginger, apple, cider vinegar and honey to make a drink called switchel that dates right back to 1700s America.

Craft drinks, with and without alcohol, have never been more interesting. Chefs like Noma’s René Redzepi have been foraging and using unusual ingredients for nearly two decades, but the fascination in the plant-based and medicinal is moving boldly from plate to glass.

At one end of the market there are craft cocktails made with fresh-squeezed juices and handmade syrups rather than preservative-laden mixers. Somewhere in the middle there are spirits being made in small, controlled batches: Vault Vermouth (valutvermouth.com), founded by experienced restaurateur Dan Jones, produces white and red vermouth made with English wine, key botanicals, fresh herbs and fruit. Each bottle is filled, sealed, labelled and boxed by hand in its small London distillery – with, one assumes, love. The emphasis is certainly almost always on ‘small’ as an indicator of something that is handmade
or made with a great deal of care.

At the other of the market, there is the burgeoning number of non-alcoholic drinks – or NOLO for short (‘no’ and ‘low’). According to the Drinks Retailing Buyer’s Guide to Mindful Drinking 2020, last year saw a 20 per cent rise in NOLO drinks. OK, so we drank our way through £25bn of alcohol during the first year of the pandemic, but we also spent £116m on NOLO drinks. The big brands are getting wise: last year alcohol-free versions of Budweiser, Stella Artois and Guinness were launched. They have, in some ways, been slow to respond to a shift away from alcohol – after all, Seedlip launched back in 2015, and instantly cornered the non-alcoholic market.

However, as not every vegan wants fake bacon in their butty in the morning, not everyone wants to replace real alcohol with a pretend version that is mass produced – as the extensive cocktail list at Wun’s Tea Room suggests. Nor does everyone have access to a bar that forages or ferments, which leaves a gap in the market for Humble Warrior, a plant-based company that makes sparkling drinks mixing flavours such as turmeric and mango, tulsi and pomegranate or reishi and pineapple (tulsi, good for digestion, is otherwise known as ‘holy basil’; reishi is a mushroom that boosts the immune system).

Humble Warrior (the-humble-warrior.com), launched by Rosh Amarasekara and her husband Andy Field in July 2019, was inspired by Amarasekara’s Sri Lankan heritage. She grew up learning about the “weird and wonderful plants” that were part of everyday life for her father, including gotu kola (otherwise known as Indian pennywort or simply the ‘herb of longevity’) and amla berry (an Indian gooseberry rich in antioxidants) – but when she left her native Australia for the UK a decade ago, she could only find those plants in the form of powders or tablets, hidden away in her local health store.

‘I wanted a drink made with amla berry but it didn’t exist. The original idea for Humble Warrior was to make unusual plants everyday, but using only naturally occurring sugar and no sweeteners. The next evolution of food and drink is all about smart food and drink with good eco-credentials; we have a lot of data on our customers and they tend to be 30 to 45 years old, 60 per cent female and invested in their wellbeing. What they put into their body has to make a positive difference, which is why there’s a thirst for these drinks. Pardon the pun.’

As soon as it was launched, Humble Warrior was stocked by Selfridges, Daylesford and Planet Organic and it often sells out completely. The next step, Amarasekara explains, is a new series of flavours in cans (apparently better for the planet than glass) and then expansion into Europe, America and Australia. If she sounds ambitious, it’s because she knows her market. ‘Plants are at the intersection of both healthy and non-alcoholic drinks. There is going to be more of a shift towards convenient, sustainable products. We are taking the smart drink revolution to all.’