Reviewed: the last Brora whisky from 1981

The third edition of Diageo's Prima & Ultima Collection features a gem from the old Brora distillery, plus a funky Singleton of Glen Ord 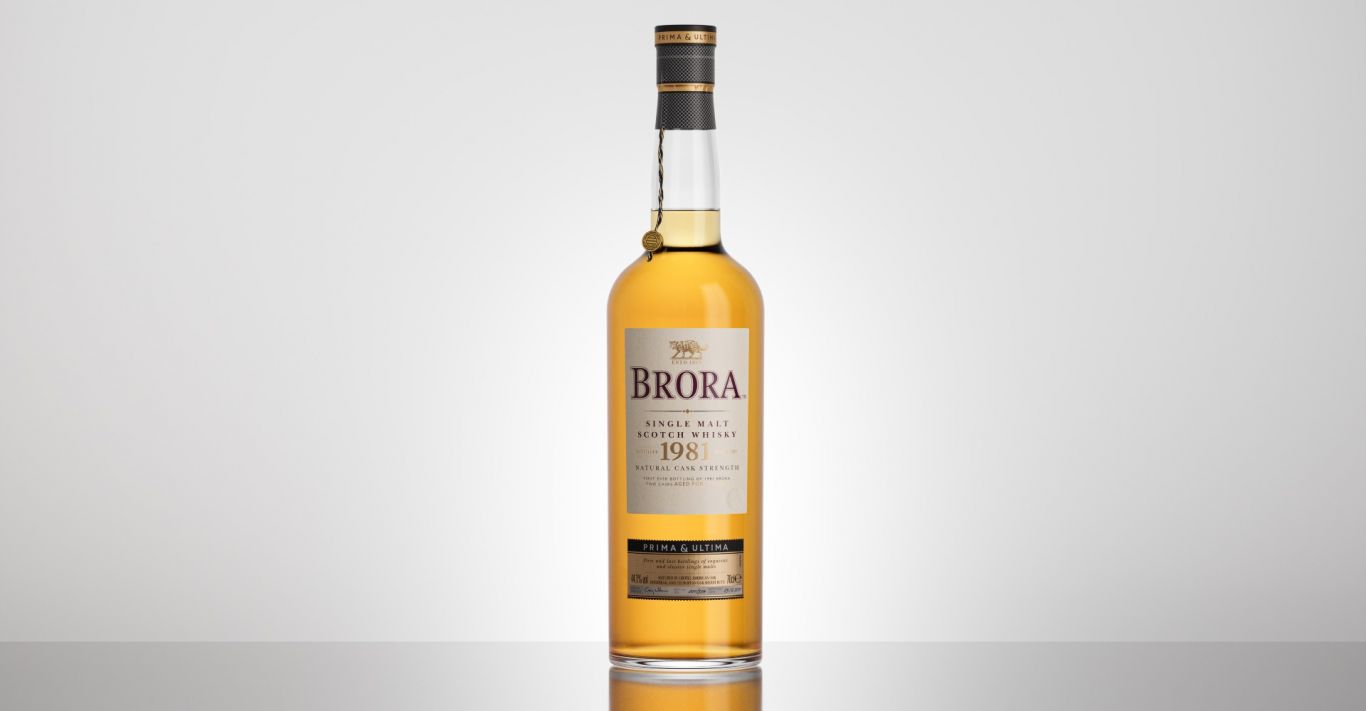 In recent times, one of the most anticipated whisky releases of each year is that of Diageo’s Prima & Ultima Collection – a gathering of eight whiskies representing the first or last of their kind.

The last might be the final bottling of a particular year’s production from a ghost distillery; the first, a novel cask finish, or the first liquid from a distillery that underwent change… the interpretation is down to the curator. This year, the person choosing the line-up is master blender Dr Craig Wilson, following on the heels of master of malt Maureen Robinson and the legend of Johnnie Walker blending, Dr Jim Beveridge, for the first two collections.

Prima & Ultima is part of Diageo’s Rare & Exceptional portfolio of collectible whiskies, which includes individual releases, as well as the acquisition journey of one of the Casks of Distinction. The third release of Prima & Ultima certainly deserves the rare tag – only 317 sets are available, worldwide, at £36,500 each – so, unsurprisingly, the chance to purchase has to start with registering your interest, before the Diageo private client team, or one of their agents (for example, Justerini & Brooks in the UK) contacts you.

Brummell was invited to a special tasting hosted by Dr Craig Wilson and Ewan Gunn, Diageo’s global luxury brand ambassador, to establish how exceptional these rarities really are, and we are running reviews over two weeks… Find links to the other reviews here: 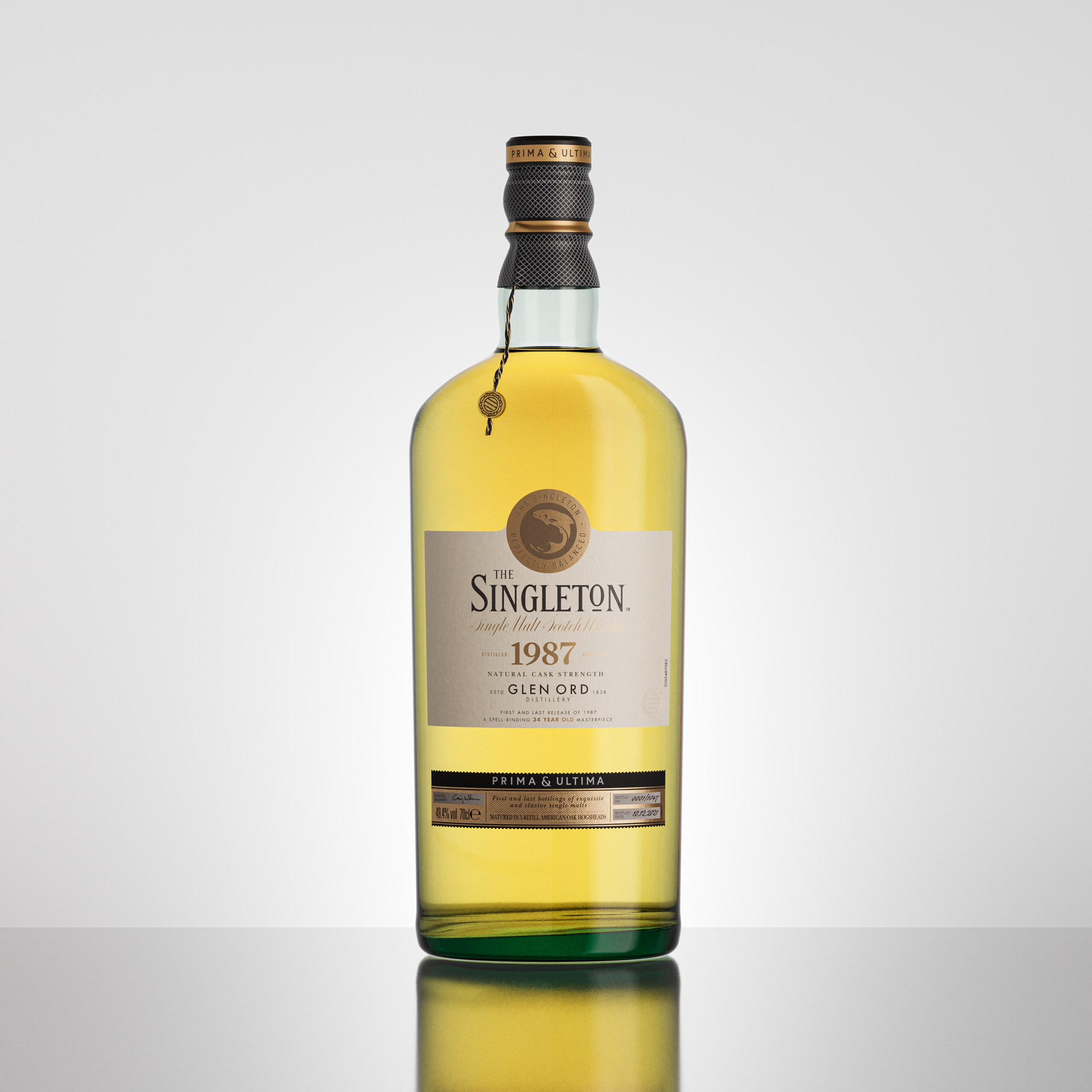 The Singleton of Glen Ord 1987

The Highland distillery on the Black Isle, close to Inverness, is set to gain a higher profile now that its new “brand home” has opened. Glen Ord is a rarity because 100 per cent of its malting is done on site. This bottling is both a first and a last… there has never been a bottling of a 1987 vintage before, nor will there be again, as these were the last casks remaining from that year. At our tasting, Ewan Gunn not unreasonably asked Craig Wilson where the rest of it had gone. ‘Glen Ords have always been highly prized both for The Singleton malts and for blends such as Johnnie Walker, so the simple fact is, my predecessors have used it all!’

If this rarity is anything to go by, it’s easy to understand why… it is spectacular on the nose in particular, a complex jazz composition written to describe late summer in a country garden – fragrant flowers, but with freshly split wood stacked to dry for the winter, a wisp of smoke as a barbecue comes to life and tropical fruit salad for dessert. On the palate, the dessert choice broadens: lemon meringue pie or a summer fruit and preserved ginger pavlova, with another tour of the garden on the finish.

It came as no surprise to anyone that, when Craig Wilson took his turn curating a Prima & Ultima Collection, he would include a Brora. In recent years, he has been involved in many aspects of this ghost distillery’s afterlife and resurrection. He was the brain behind last year’s much sought-after Brora Triptych, a trio of vintages from stills that went silent in 1983, showcasing three very different styles produced at different times throughout its history. He has also been closely involved with the reestablished Brora distillery, notably the challenge of being able to produce all of those distinct styles again whenever they like. As well as being a new working distillery, Brora is one of the best – and most exclusive – to visit by appointment.

The whisky chosen from dwindling Brora stock is the last of the 1981 stock. Wilson says, ‘For the Triptych, we demarcated specific periods and the styles associated with those, but of course, there would be periods of overlap. So, 1981 was on the cusp of the more modern, lighter waxy style but still retaining elements of the age of peat.’ Indeed, it’s a mystery wrapped in an enigma, with a nose of waxed fruit, then sweet spices on a rich smooth palate, with elusive will-o’-the-wisp smoke dancing in and out of the scene.