For the first time, the last word in rare whisky collections is available one bottle at a time. Brummell took the opportunity to taste each one, starting with a 1984 Talisker – plus a 48-year-old Cragganmore... 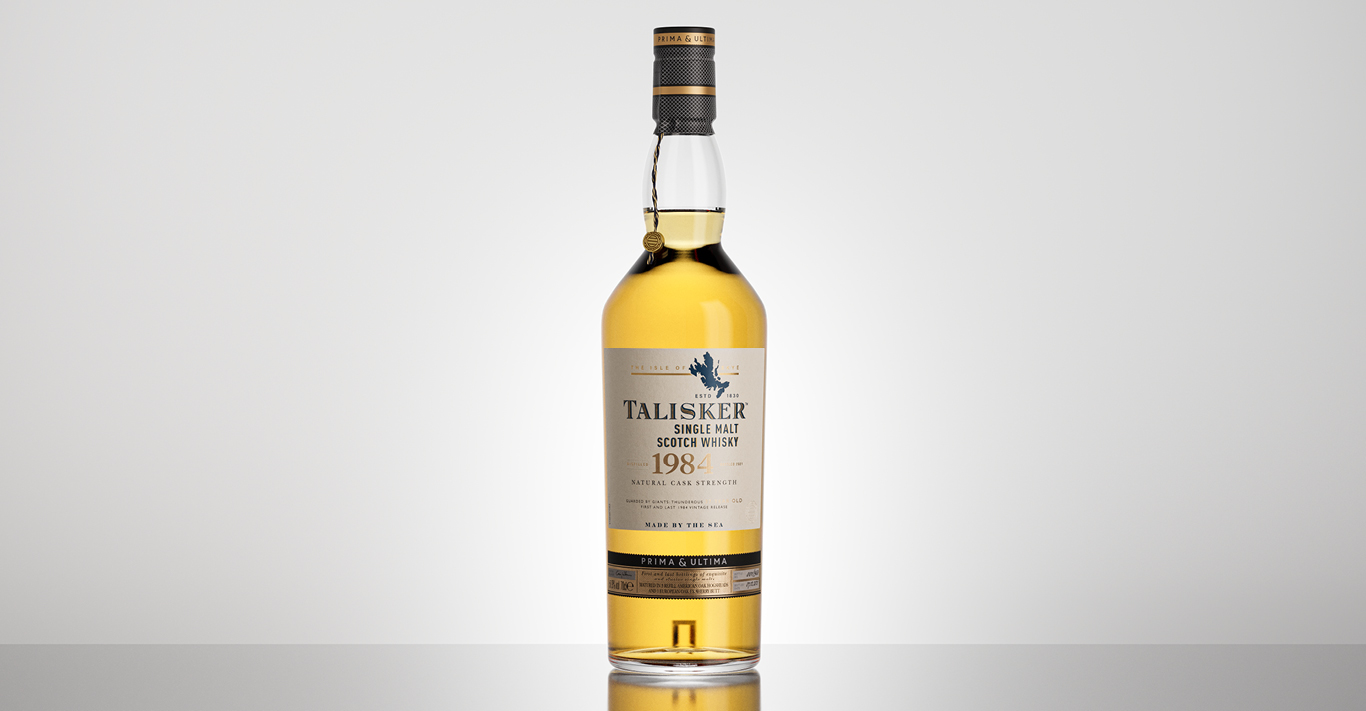 In recent times, one of the most anticipated whisky releases of each year is that of Diageo’s Prima & Ultima Collection – a gathering of eight whiskies representing (as even those who slept through “Amo, amas, amat” will work out) the first or last of their kind.

The last might be the final bottling of a particular year’s production from a ghost distillery; the first, a novel cask finish, or the first liquid from a distillery that underwent change… the interpretation is down to the curator. (Albeit, “first” never means an experimental whisky distilled five or so years ago – the youngest whisky in the collection is 28 years old.) This year, the person choosing the line-up is master blender Dr Craig Wilson, following on the heels of master of malt Maureen Robinson and the legend of Johnnie Walker blending, Dr Jim Beveridge, for the first two releases.

Prima & Ultima is part of Diageo’s Rare & Exceptional portfolio of collectible whiskies, which includes individual releases such as the Talisker 44-Year-Old: Forests of the Deep Brummell reviewed recently as well as (since we are practising our Latin) the ne plus ultra of whisky shopping, the private-client journey towards the acquisition of one of the Casks of Distinction. Prima & Ultima III certainly deserves the rare tag – only 317 sets are available, worldwide, at £36,500 each – so, unsurprisingly, the chance to purchase has to start with registering your interest, before the Diageo private client team, or one of their agents (for example, Justerini & Brooks in the UK) contacts you.

Brummell was invited to a special tasting hosted by Dr Craig Wilson and Ewan Gunn, Diageo’s global luxury brand ambassador, to establish how exceptional these rarities really are. Over the next couple of weeks, we will be discussing each individual whisky in the Prima & Ultima Collection III…

But we start with:

While some of the releases in this year’s Prima & Ultima are unusual twists on a distillery’s usual character, this is a celebration of the familiar taken to a higher plane with ageing. These are the last drops from the Isle of Skye’s 1984 production. ‘Talisker is endlessly fascinating to me,’ says Dr Craig Wilson, ‘it’s such a versatile whisky that can go in so many different directions. But at the same time, it is instantly recognisable because it has a real sense of place – as soon as I nose it, I feel transported to Skye.’

This is a remarkably fresh and vibrant Talisker with sprinklings of smoked salt and orchard fruit on the nose along with the seashore notes. What the 37 years of maturation in ex-bourbon and ex-sherry casks has given it is a smooth silk mouthfeel, providing stability and ameliorative salve as more robust smoke, pepper and chilli duke it out.

When Cragganmore switched from coal-fired to steam-heated stills in 1973, it ushered in a new age of control over the distillation and marked a milestone in the establishment of the Speyside style we are familiar with today – delicate, dancing flavours with an emphasis on floral notes and a well-stocked greengrocers’ worth of fruit. The first release of Prima & Ultima included the last coal-fired Cragganmore from 1971, bottled by Jim Beveridge after 48 years, too. The contrast is fascinating. Whereas the 1971 was all treacle and coffee, chocolate, pepper and leather, this 1973 expresses its complexity in tropical fruits on the nose, with hints of walnut and sesame oils. On the palate, this gives way to a smooth fruity experience, canned peaches in syrup, balanced by drier nuttiness and bitter-sweet caramelised orange.