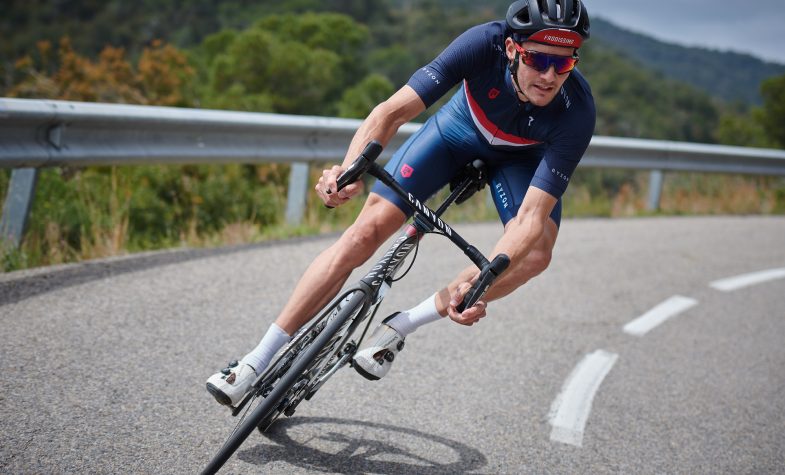 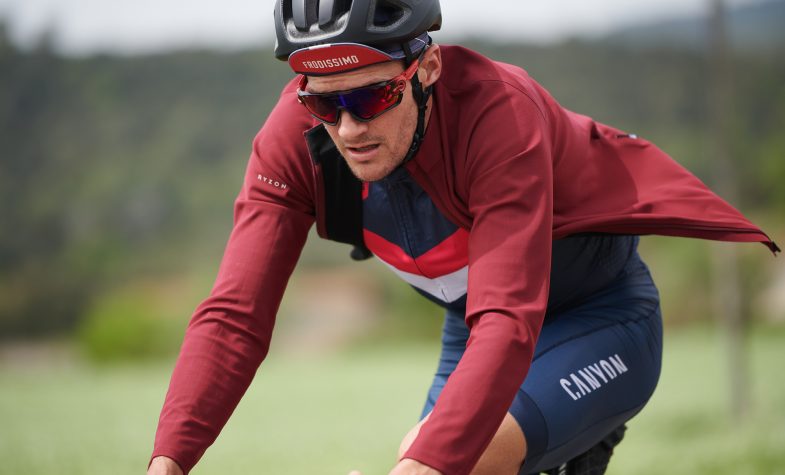 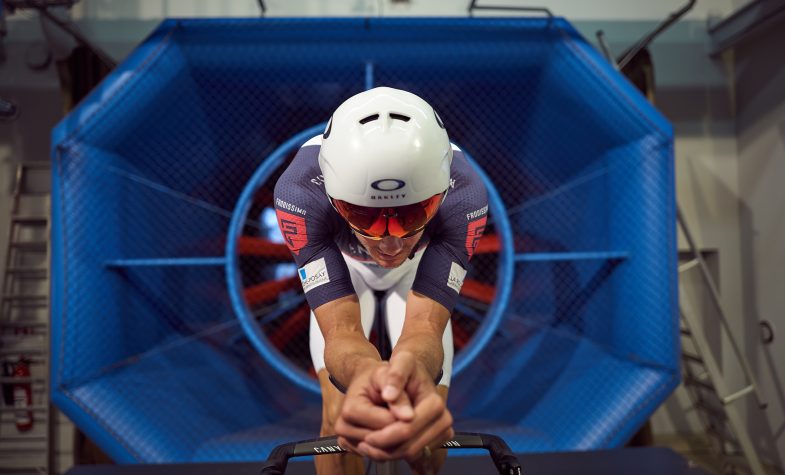 Ryzon has been developed for endurance athletes
Click to open gallery 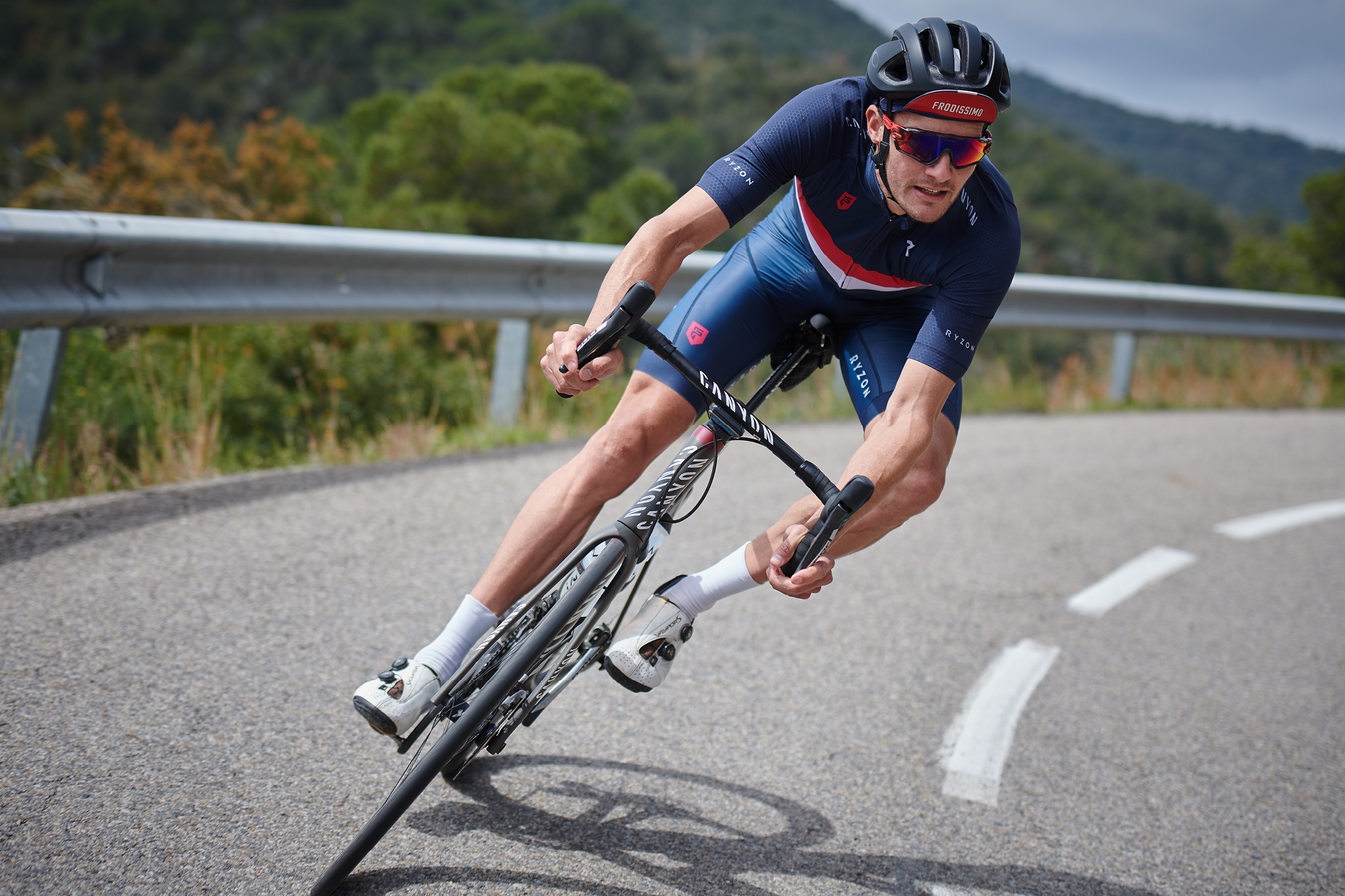 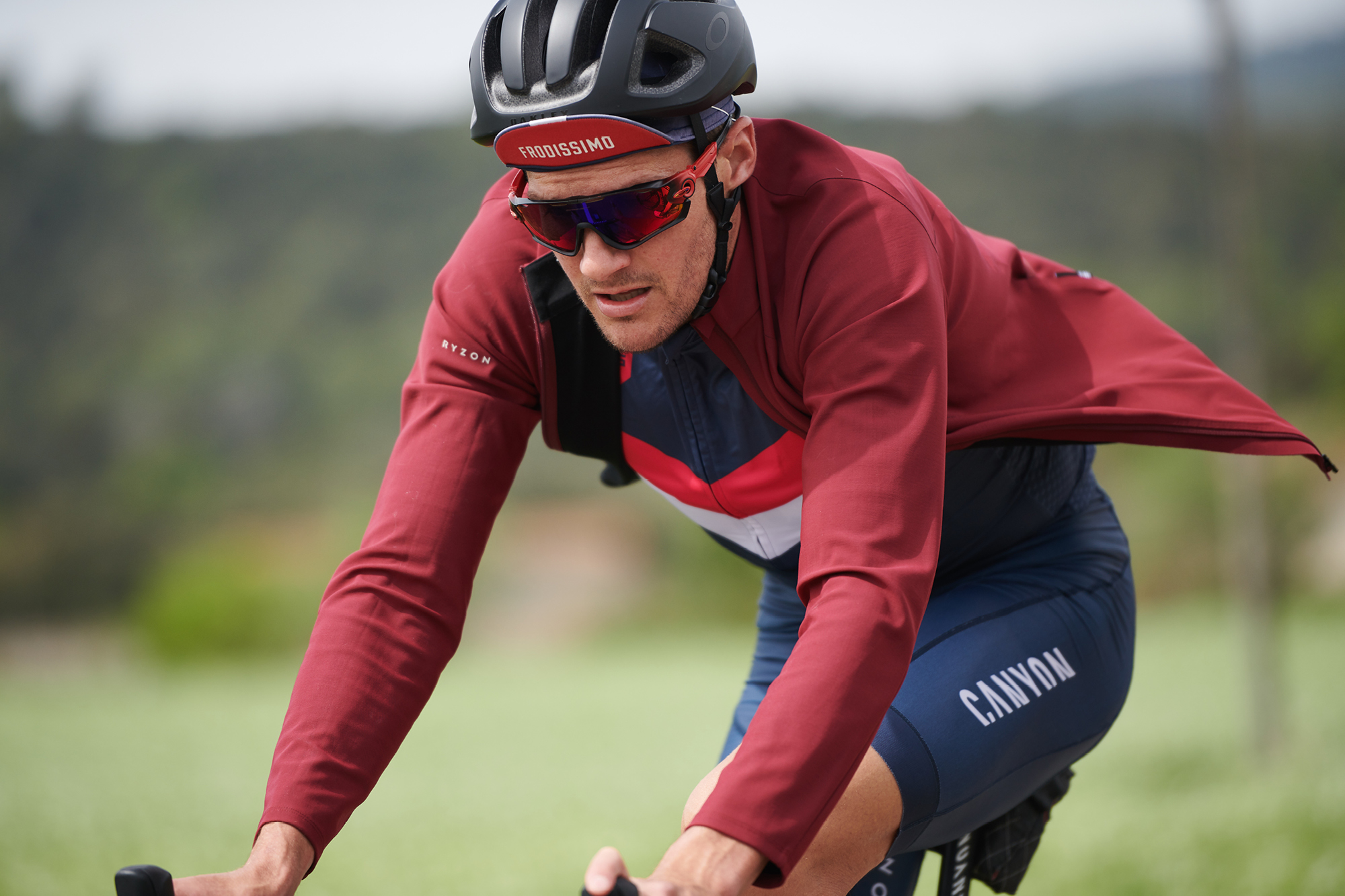 Ryzon has been developed for endurance athletes

Ryzon has been developed for endurance athletes 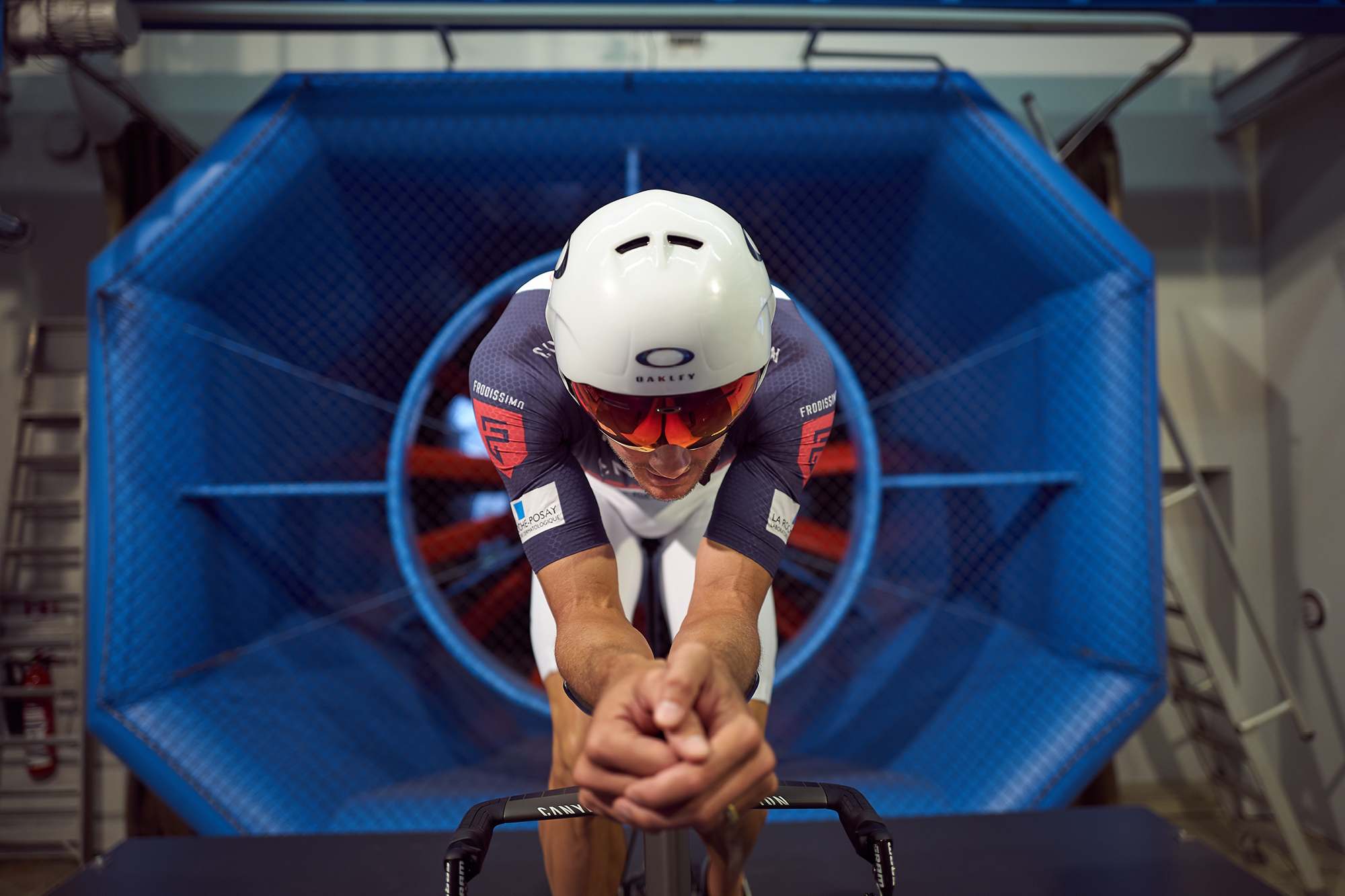 Jan Frodeno, 38, is a German champion triathlete who won gold in the men’s triathlon at the Beijing Olympics in 2008. He competes in triathlons and Ironman races and has won the Ironman World Championship three times, most recently this year, in October 2019, when he set a world record for the course, which is in Kailua-Kona, Hawaii. Frodeno is also a member of Breitling watches’ Triathlon Squad.

The triathlon and Ironman are competitions that require athletes to swim, cycle and run, and a full Ironman is a gruelling affair comprising of a 3.86km swim, a 180.25km ride and a 42.20km run (a full marathon). Out of competition, Frodeno is also behind the three-year-old sportswear brand Ryzon, which he developed for amateurs and professionals who are passionate about endurance sports. Here, he tells Brummell about this venture.

We started Ryzon just over three years ago because we noticed a gap in terms of what we thought was appealing for athletes to wear. Triathlon is a growing sport and the kit that was on the market was, for my taste, too branded, too flashy, too colourful and not produced ethically. A lot of the stuff is just shipped in from China and Bangladesh. We love the sport and we wanted to combine that passion with our aesthetic and our general ideals, so we created Ryzon, which promotes performance and sustainability.

To start with there were five of us with various skill sets – with backgrounds in the clothing industry, textiles, business and marketing. Two of us, Felix Rüdiger and myself, are from the sporting and performance area. So together we are a bunch of different guys passionate about sport and all wearing different hats that we are using to grow an endurance sports brand. We are no longer even thinking specifically about triathlon, it’s more about endurance sports in general.

We started with 38 products in our first collection, and if I am being honest, for a small company that was probably too much. But as with anything, you learn on the journey, and now we know precisely which zipper to use, and where to source the materials. We’ve genuinely come to enjoy the creative process and now have a great team around us. Today, there are 15 of us and we tour various sporting events showcasing the range. And of course, I wear it when I compete.

Now we make swim, biking and running gear – so all the disciplines of triathlon, as well as triathlon race suits. All of it is high-performance. We also produce a few casual pieces, and this is an area we will definitely expand into – where we can start a new chapter, whether it’s in leisurewear or items for less extreme activities such as yoga. At the moment, we are a very outdoor brand, all about performance in the elements.

Interestingly, what first got us noticed was a sports cap – it was in charcoal and made from a performance material with laser-edged holes at the back, so you don’t have the normal mesh there. We still do it, in different colours now, and it looks and feels a bit classy – it became our bestseller. That was the first piece I started to see being worn in the crowds at the races I was attending. This cap is what has made me realise that we can make the transition from performance sportswear to more casual pieces for normal, everyday use.

I live just outside Barcelona, which is ideal for my training regime, but Ryzon is based in Cologne, and I travel there often to feedback to the team. I compete in our one-piece triathlon suits, and that has been an interesting experience, as you wear the same piece throughout the whole event, so it has to be comfortable and perform really well. The trick was to develop something that works for all the three disciplines – swimming, running and cycling – as you have to wear the same item for all three. Believe me, you can’t be chafing!

The funny thing is we developed this style of one-piece suit that we discovered was aerodynamically superior to anything else on the market at the time. The material and the seam lining tested well on pretty much everyone who tested it, in terms of function and comfort. But the aerodynamics were an unforeseen bonus. This is a peculiar area because you really can’t ever predict what happens in the wind tunnel; it’s so individual – it’s really hard to pinpoint it and say, ‘This is going to work for that person’. We got lucky; for nine out of 10 people, it tested faster than anything else, so this is our performance piece that really shines. It is not only aesthetically minimal and cool, it also works really well. In addition to the excellent aerodynamic performance, it’s great at wicking moisture and tough enough to endure through the different stages of triathlon.

This is important, because it allows the amateur to enjoy the same level of kit as the professional. That’s our appeal: in triathlon there is a much closer connection to the amateur than in most elite sports because we race on the same day, at the same time, on the same course, in the same kit. By contrast, nobody will ever get to play Roger Federer on Centre Court at Wimbledon and no amateur will ever drive a Ferrari at Monza against Lewis Hamilton.

Ryzon allows you to feel like you are a pro, and we have promoted it with this in mind. We’re very hands on, attending races with pop-up stores and promoting the brand to the endurance sport community. In the beginning, we sold mostly through word of mouth within this community, but now our biggest driver is social media, where our story is amplified, people can see how authentic our product is and how we really do live the brand. 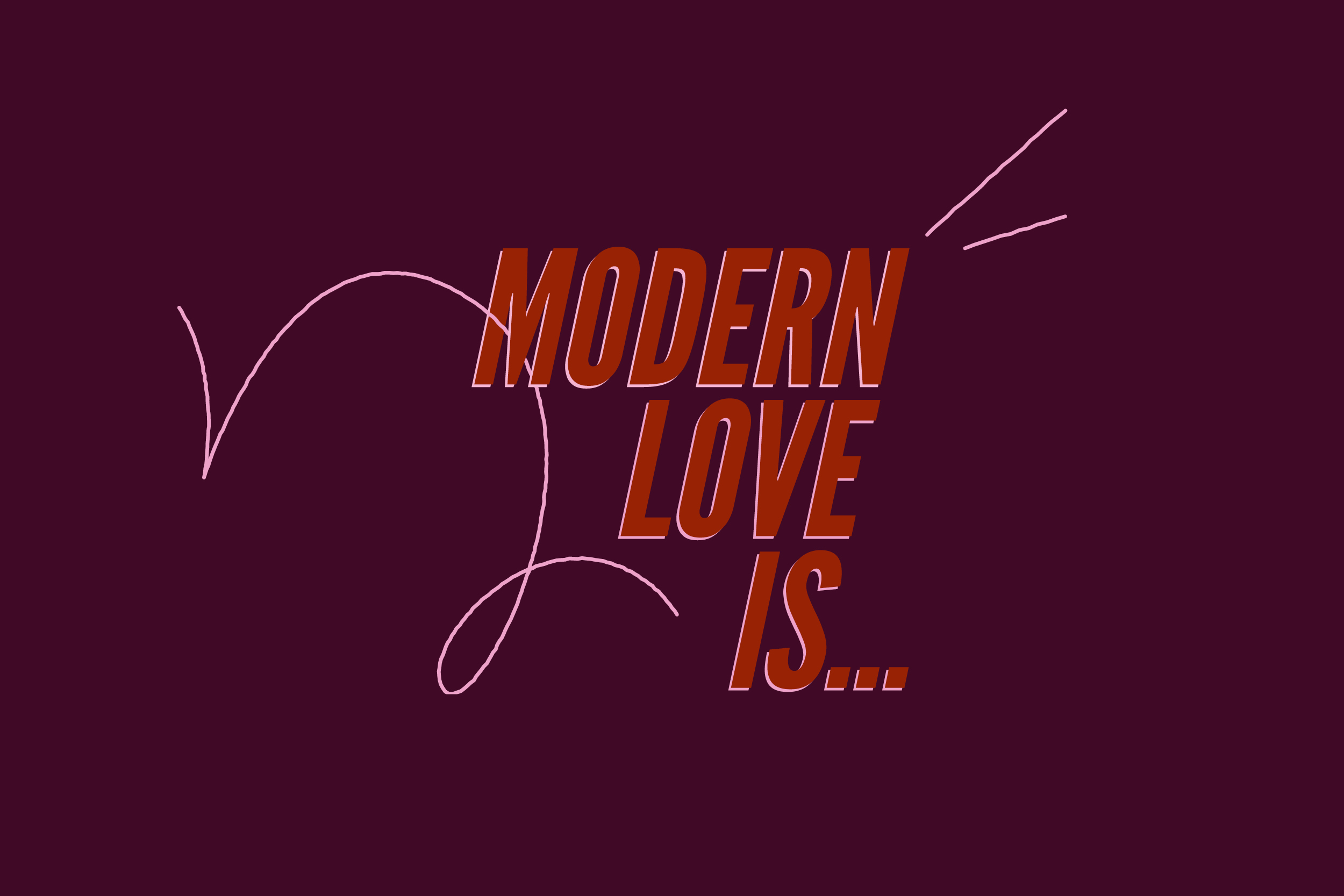 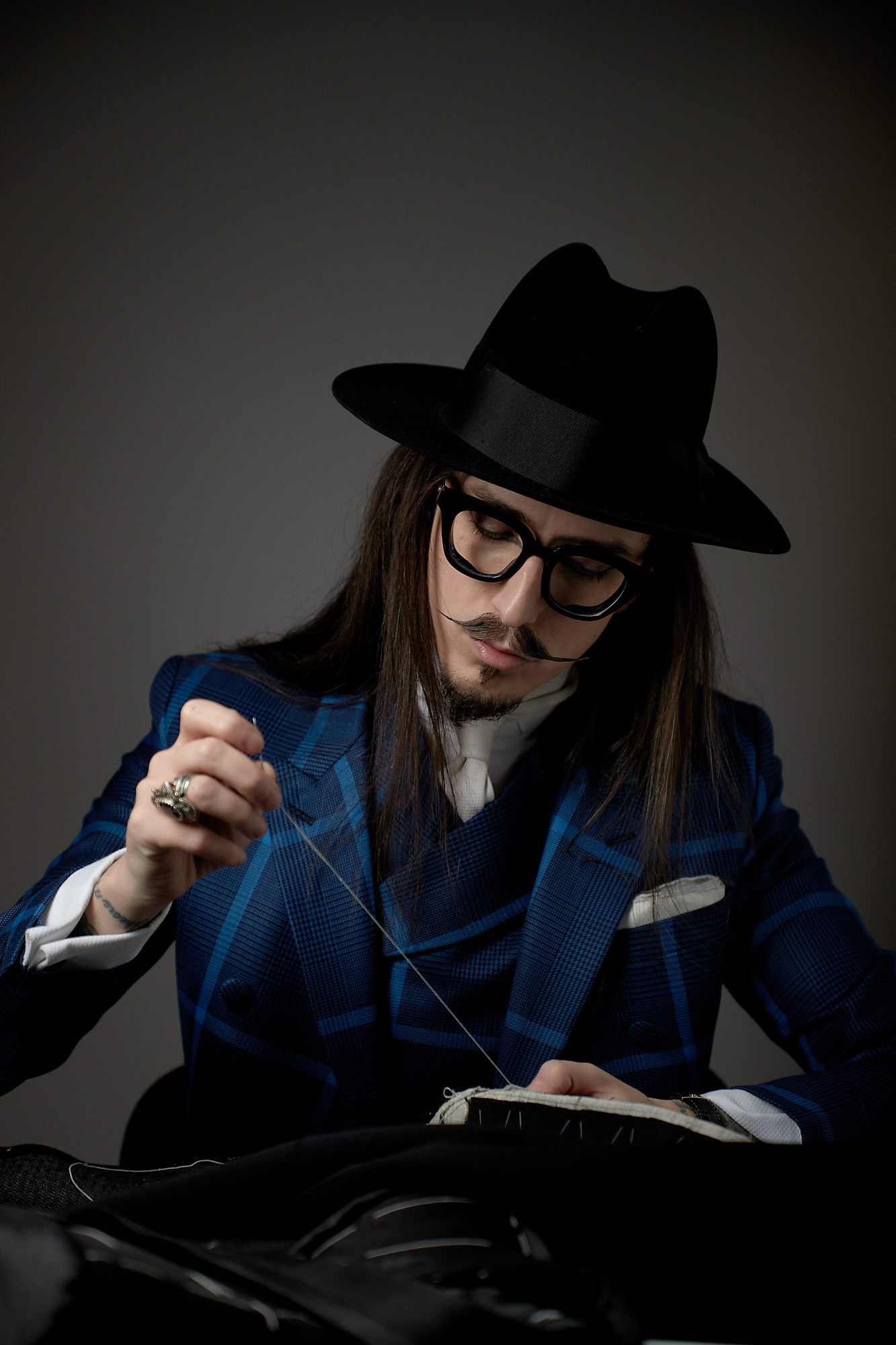 Out of the box: Joshua Kane 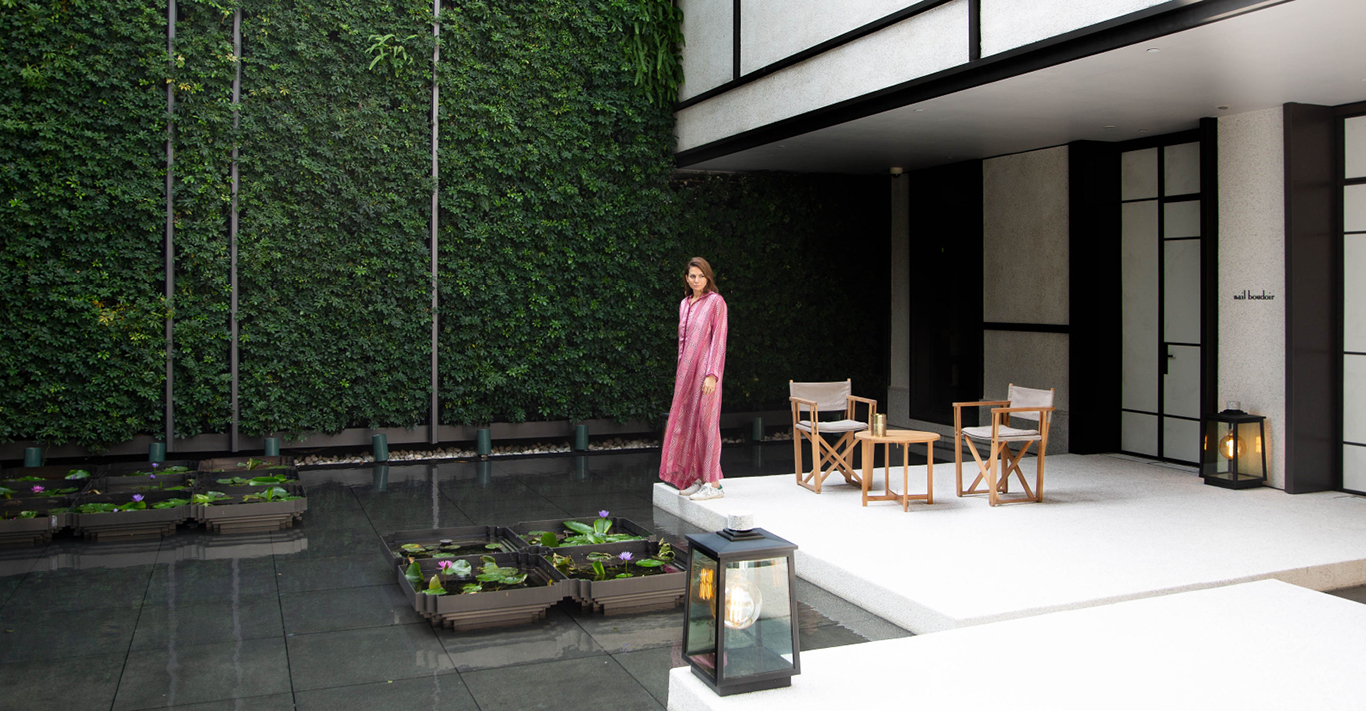