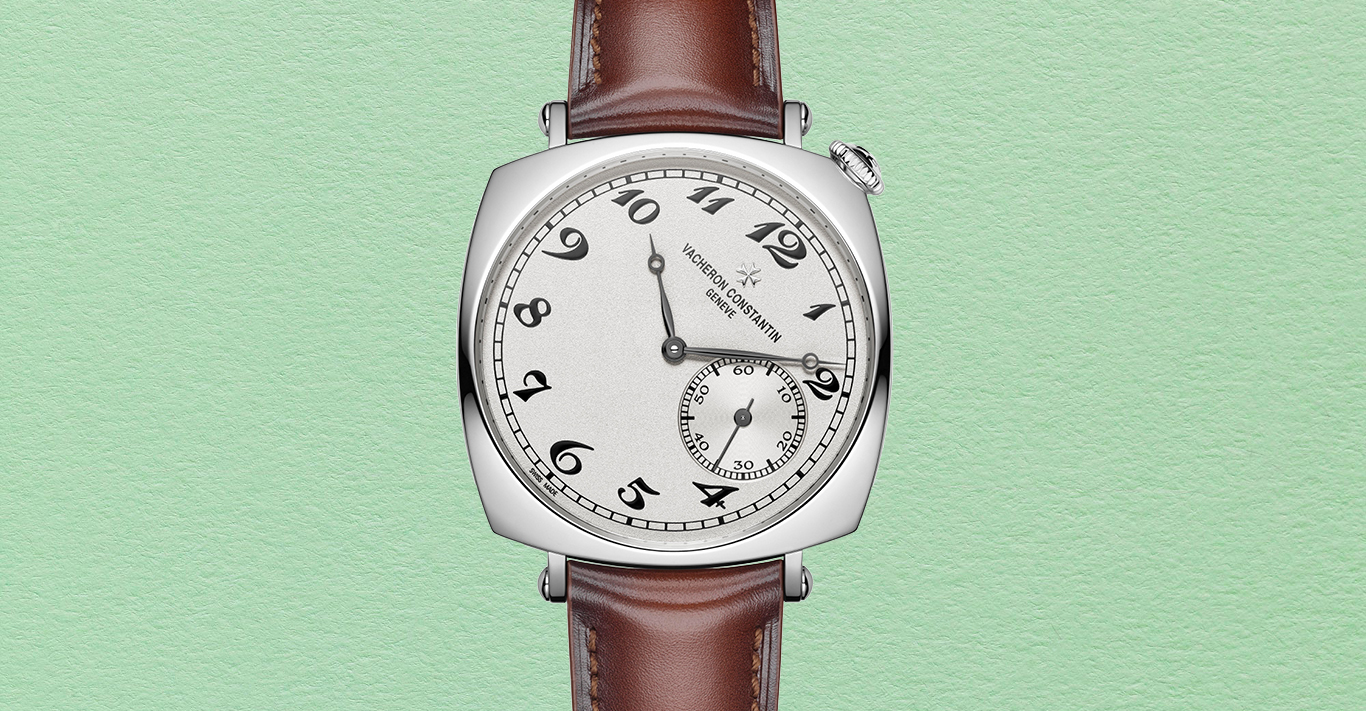 The Roaring Twenties saw a sense of hope, optimism and unbridled creativity sweep over America and Europe, expressed particularly in a bold, brave and uncompromising cultural scene. And just as the era birthed iconic musical and artistic movements, the world of watchmaking was similarly experimenting with daring and unconventional designs as pocket watches began to give way to the more practical wristwatch.

Vacheron Constantin is reviving one of its most distinctive creations of the era, which features an avant-garde aesthetic that remains just as surprising and eye-catching today as it did a century ago. This trio of new models takes its cues from a piece designed for the American market in 1921, defined by its exaggerated cushion-shaped case and unusual diagonal display, with the crown located between 1 and 2 o’clock in the upper right-hand corner of the case.

This offset dial was particularly handy for driving enthusiasts, who could easily read the time without taking their hands off the steering wheel. Meanwhile, it also proved to have more unusual benefits. Renowned American writer and clergyman Samuel Parkes-Cadman is thought to have chosen this design from Vacheron Constantin because it allowed him to glance at the dial discreetly while preaching.

These new takes come in two white-gold versions, available in 40mm along with a slimmer 36.5mm size perfect for smaller wrists. Both feature an elegant and classic grained silver-toned dial with black Arabic numerals and a retro-inspired minutes track. Meanwhile, a special limited edition, available in just 100 pieces, is presented with a 950 platinum dial with a cool sandblasted finish, handsomely paired with a dark-blue alligator straps. They come powered by the manual-winding Vacheron Constantin Calibre 4400 AS, which as typical of the watchmaker is impeccably finished and able to be admired through the transparent caseback.