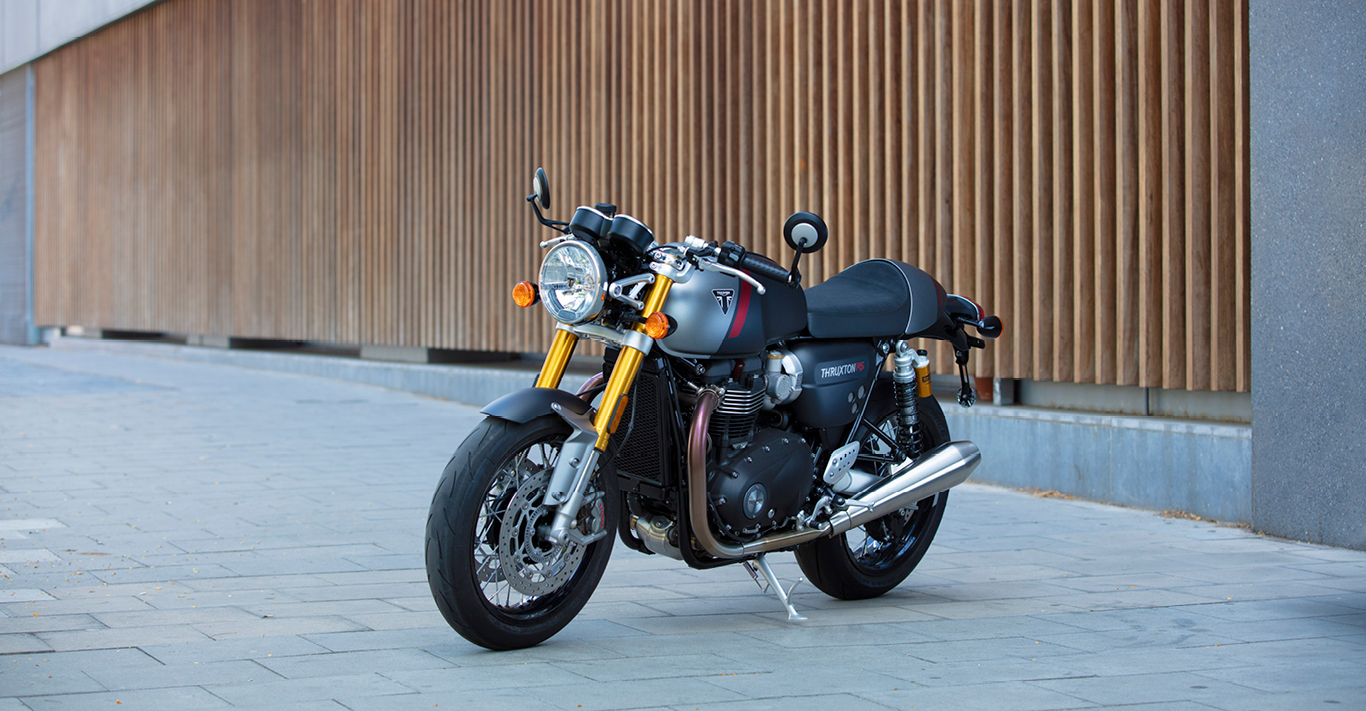 Ten minutes into my first ride of Triumph’s Thruxton RS and, pulling up at the lights, I’m giggling with delight at just how much fun this bike is – so much so that the guy in the SUV next to me is laughing as he looks on, too. Yes, as much as manufacturers can put performance stats on paper, the proof, as they say, is in the pudding (or the ride). 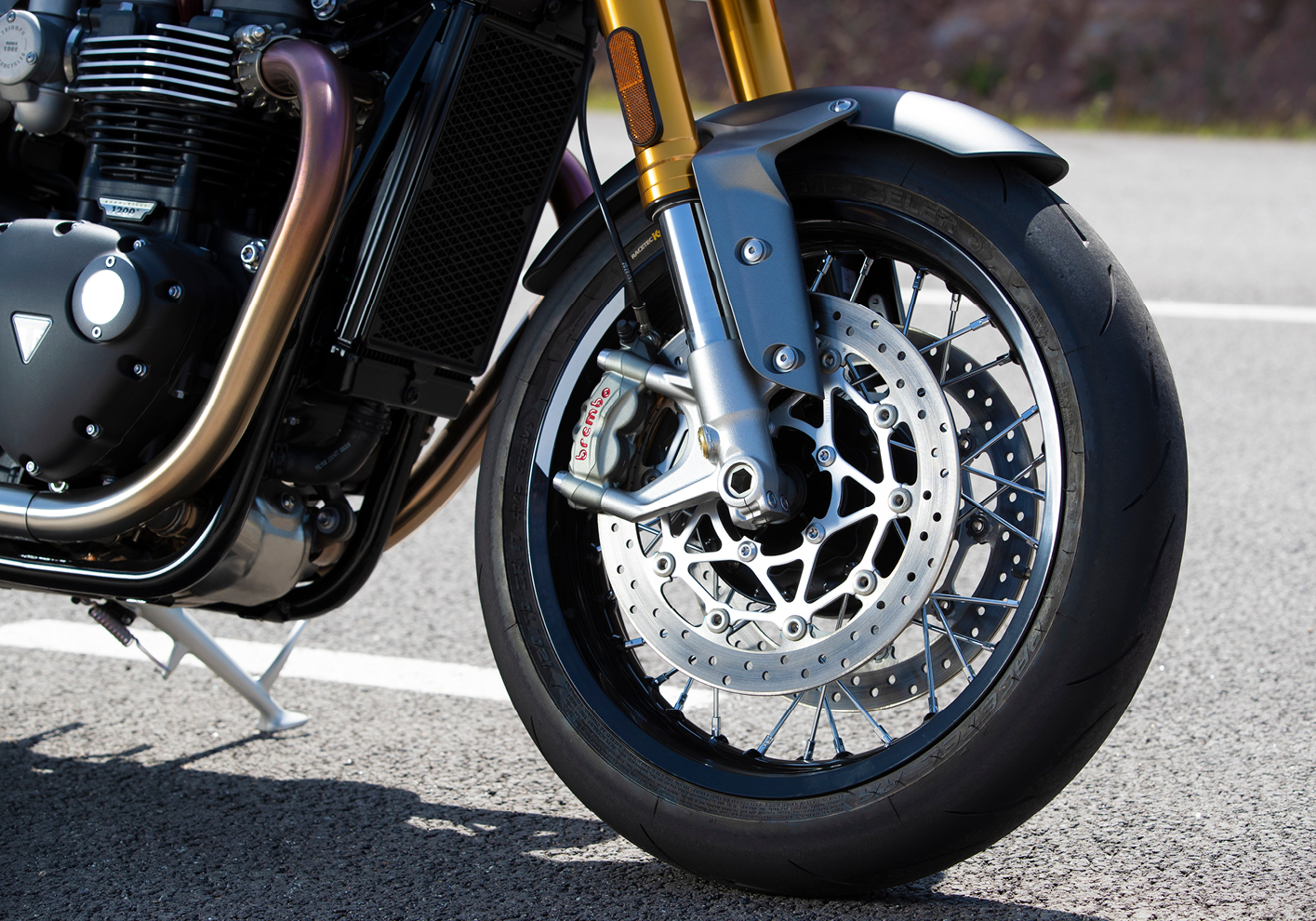 The reason this RS model (released in 2020), is so enjoyable has a lot to do with its sporty yet comfortable riding position, higher-powered engine and higher torque across the entire rev range, which peaks at a lower point than previous iterations. In other words, it’s a breeze to ride and really pulls when you get to accelerate into an open road ahead. In fact, it feels like this bike just wants to go fast, and at this point, only the North Circular’s abundant speed cameras can keep me and the Thruxton RS in check. 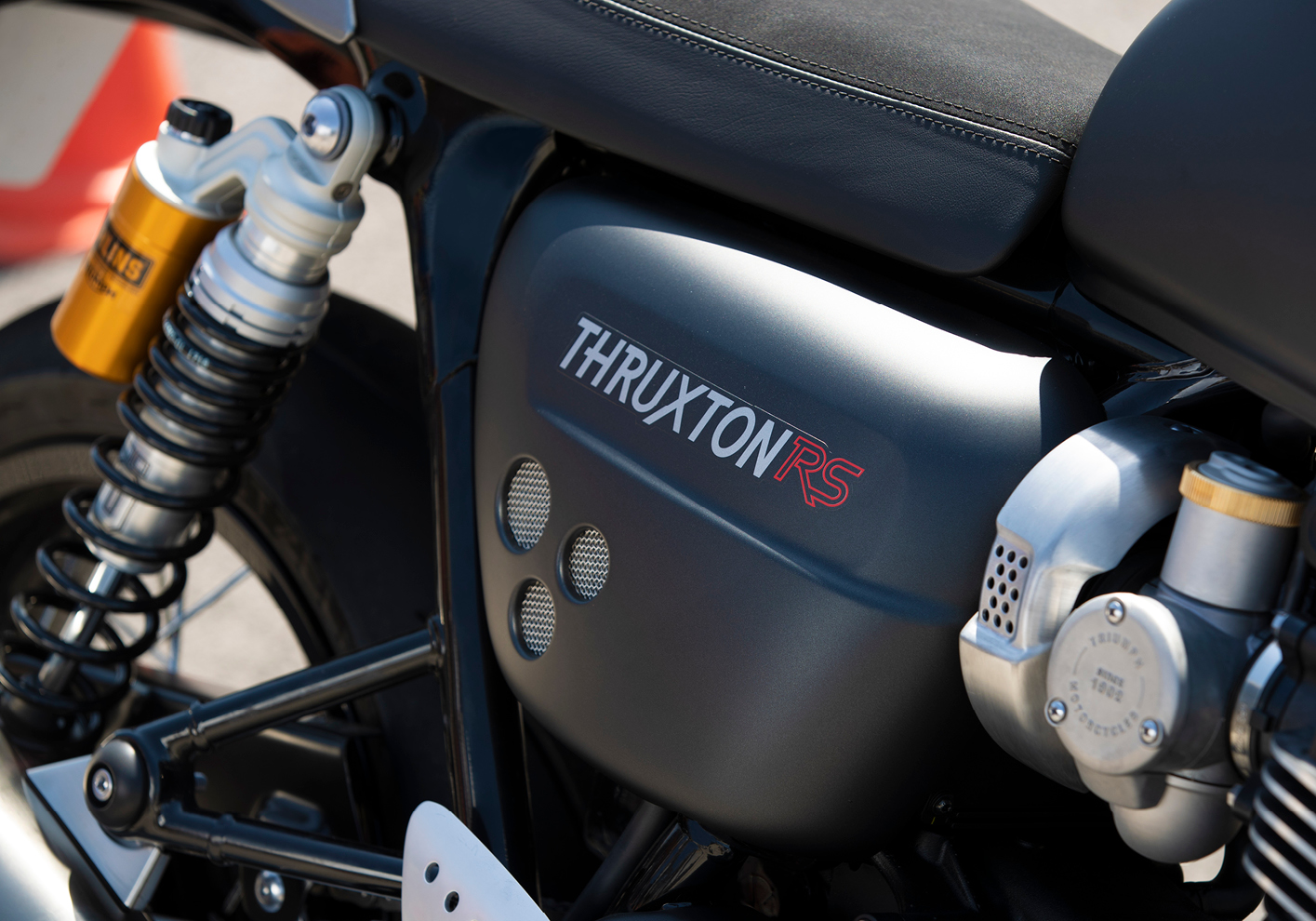 The Thruxton wasn’t made for navigating heavy traffic, but dodging some of London’s dodgiest drivers is made easy thanks to its agility, improved in this RS model through a 6kg weight reduction – it’s now 195kg, which, combined with an agreeable 810mm seat height and slim profile, makes it easy for even the smallest of riders to handle. The efficiency of the Brembo 4-piston M50 radial monobloc brake calipers takes a bit of getting used to, and the acceleration, too, is highly responsive. If, like me, you’re used to old bikes without ride-by-wire technology then the throttle might feel a little abrupt, but it’s brilliant for leaving absolutely everyone else behind.

And leaving everyone else behind is what this bike has always done. The original Thruxton Bonneville was hand-built for endurance races, and in 1958, Mike Hailwood rode it to victory at the Thruxton 500 race, which is when it got its official name. The success put the Thruxton into the spotlight among groups of young bikers looking for a quintessential café racer. Then, a decade later at the Isle of Man TT ’69, Malcolm Uphill rode it and became the first to achieve a 100mph lap on a production motorcycle. So as credentials go, the Thruxton’s are pretty sound.

A friend recently spent six months test riding all manner of motorcycles to find something that ticked all the boxes. In the end, the one turned out to be a Thruxton RS, and it’s not hard to understand why.