This stalwart of London fine dining only seems to raise its high standards higher under the instruction of its new executive chef, Sofian Msetfi 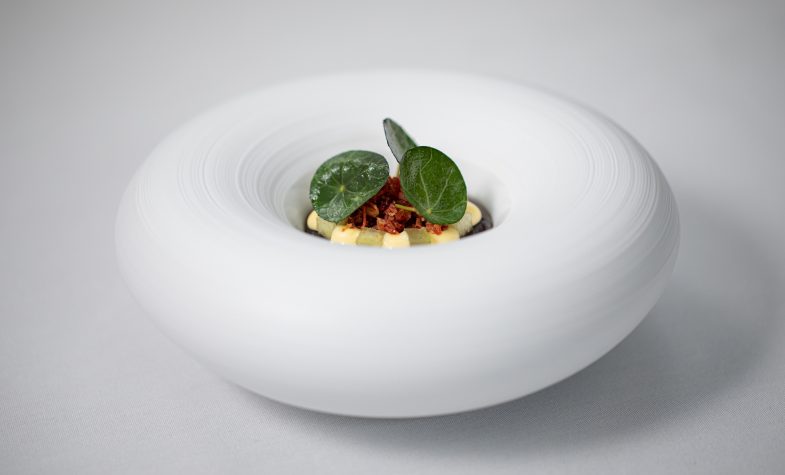 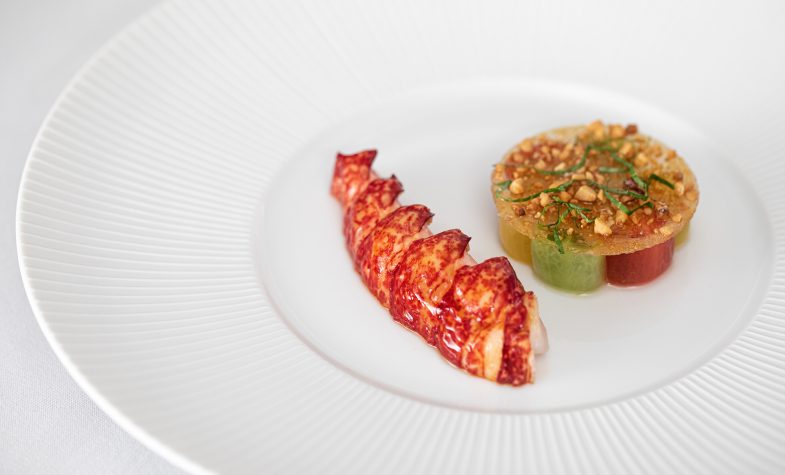 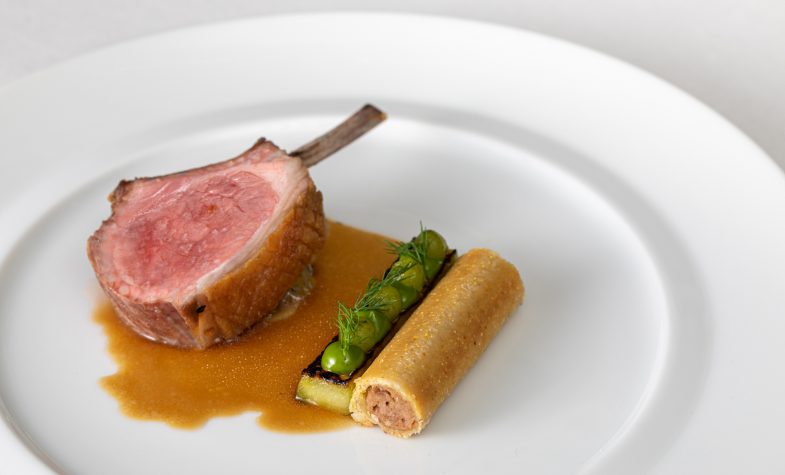 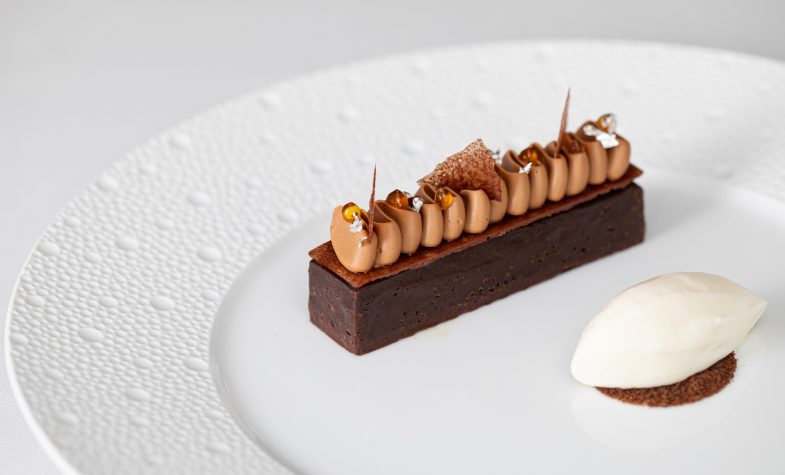 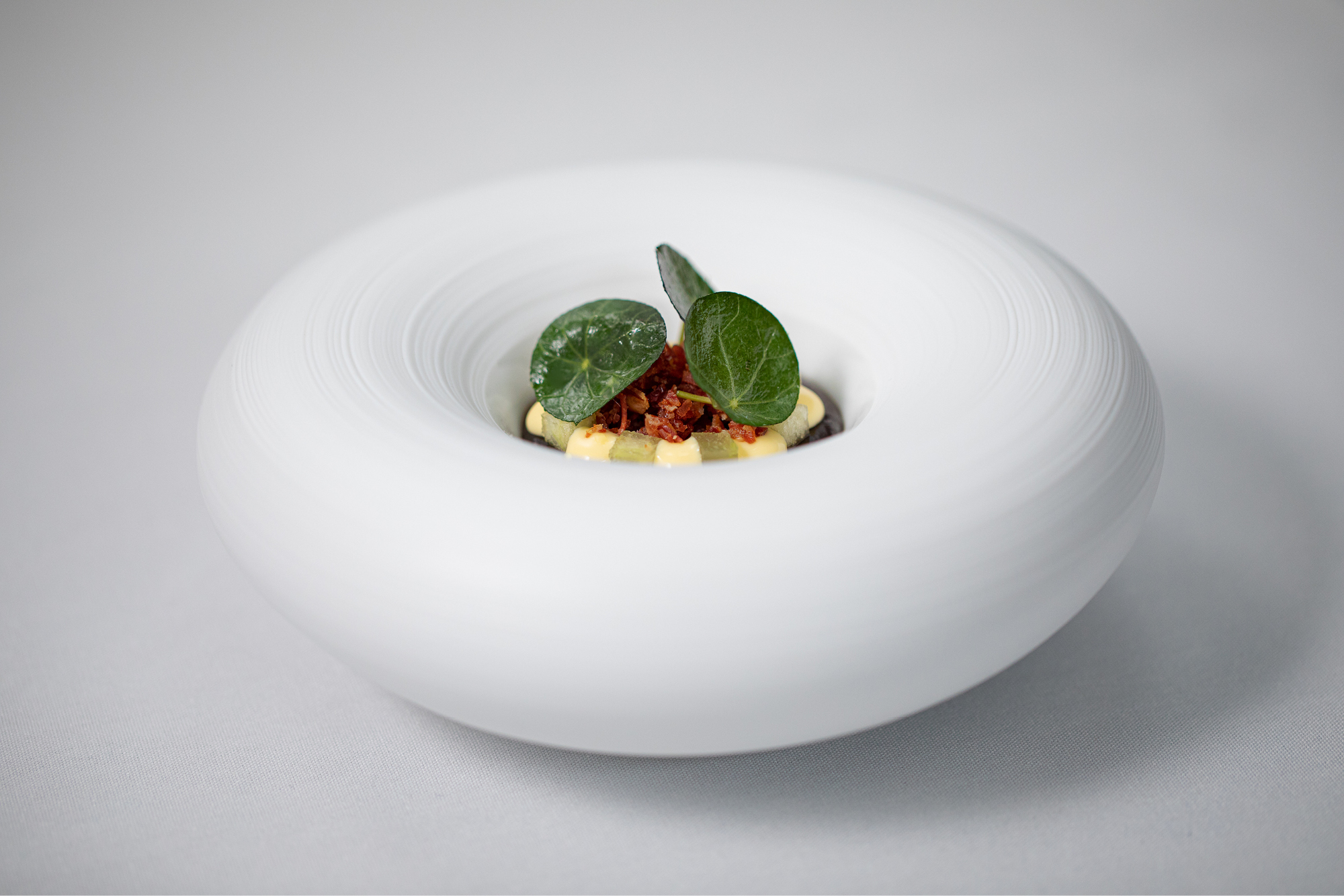 Native lobster poached in tomato with pine nut and basil

Native lobster poached in tomato with pine nut and basil 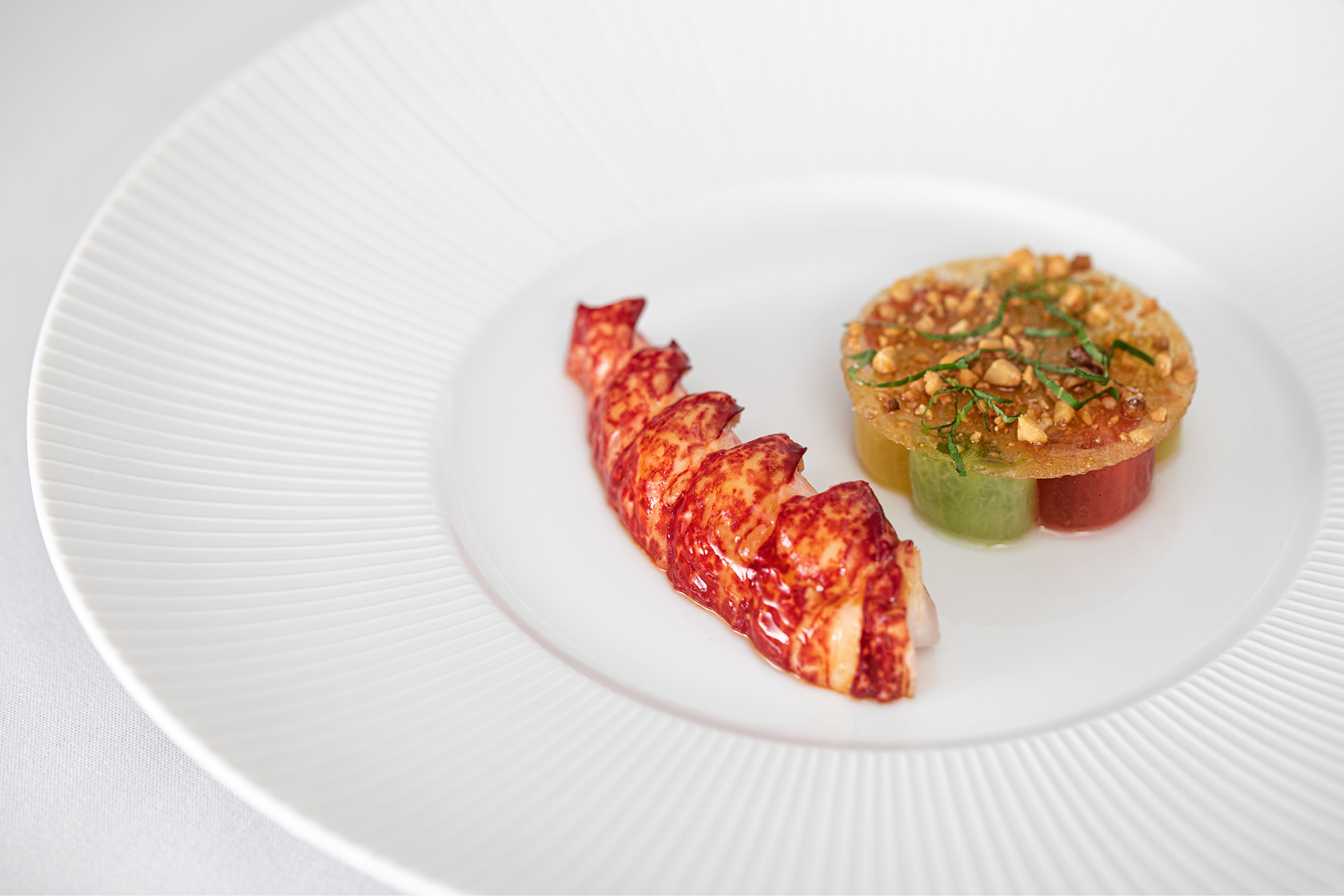 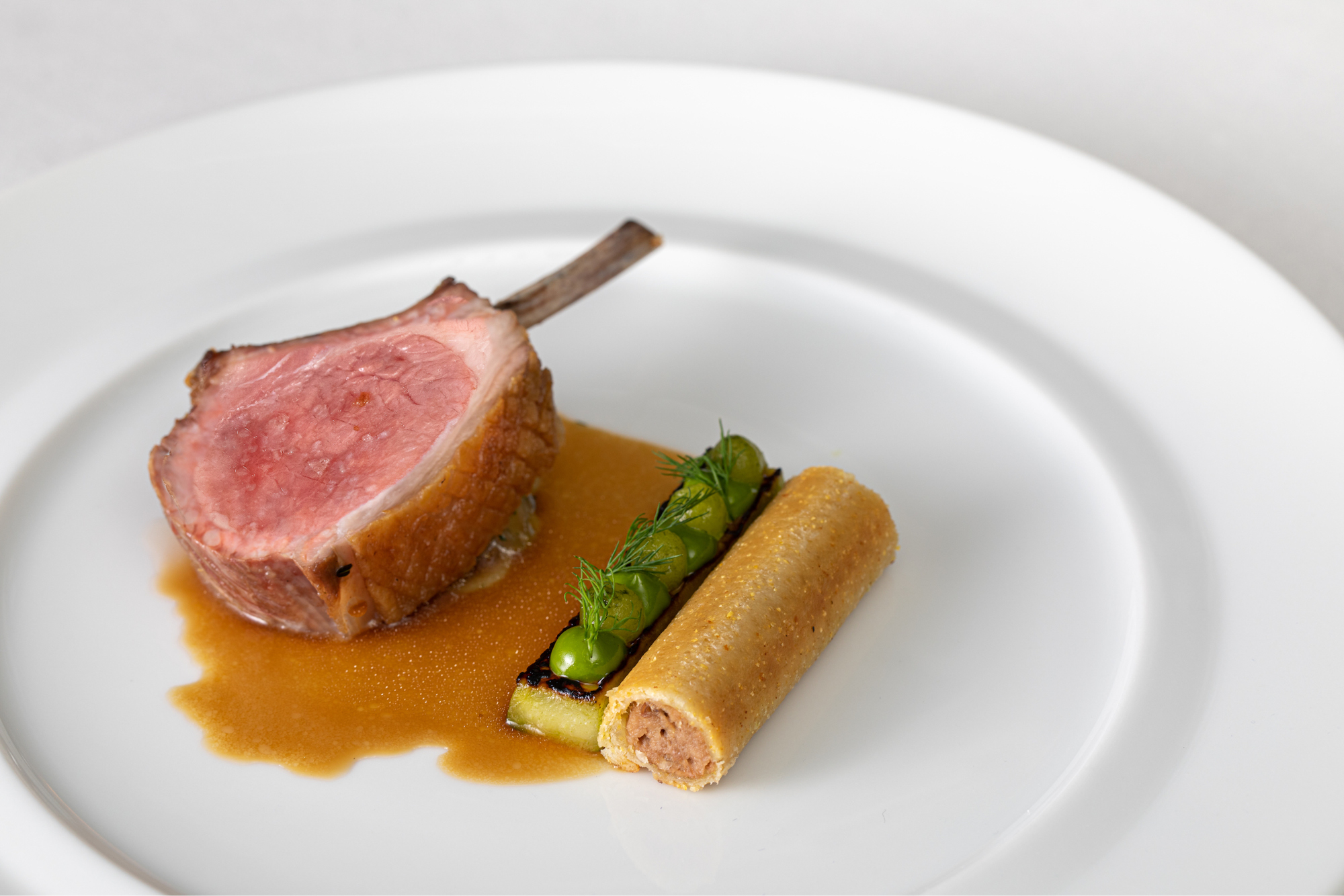 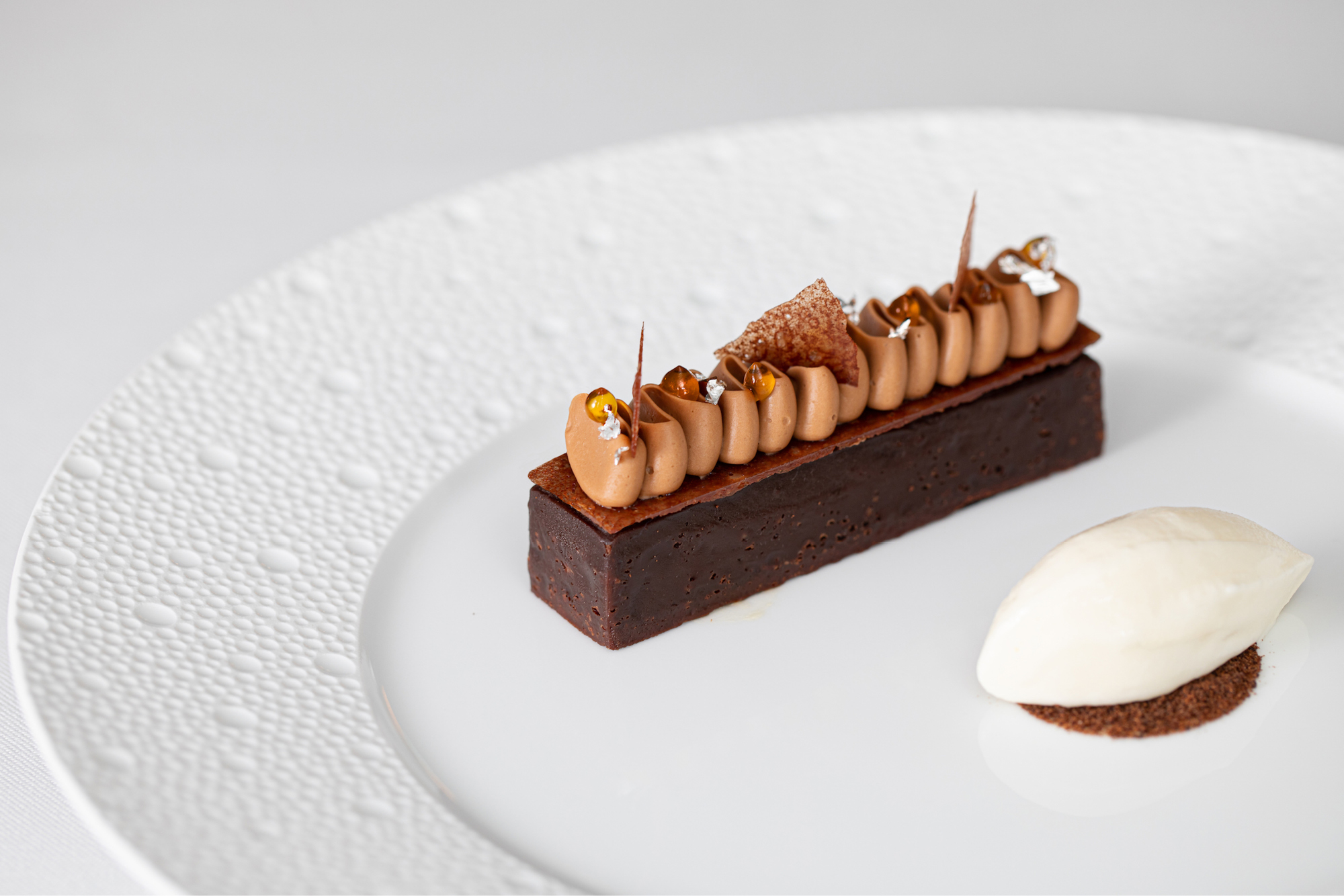 Ormer Mayfair is the restaurant at luxurious and historic Flemings Hotel on Half Moon Street. The restaurant is known for its excellence and boundary pushing cuisine, a commitment set to continue under the direction of Ormer Mayfair’s new executive chef, Sofian Msetfi. The chef has worked at some of the UK and Ireland’s best restaurants including Michelin-starred Oak Room at Adare Manor in County Limerick, where he was head chef, and prior to that as senior sous chef at Cambridge’s two-Michelin-starred Midsummer House. Msetfi took over the role from Kerth Gumbs in April following the chef’s lauded five-year stint at Ormer.

Ormer Mayfair is a clubby feeling, wood-panelled and elegant with Art Deco touches and brass finishes. It’s a handsome and warm space, which feels luxurious and welcoming.

Under the guidance of Msetfi, Ormer Mayfair now focuses on seasonal tasting menus rather than a la carte. For lunch, the restaurant offers a five-course menu while for dinner, patrons can choose between a six- or eight-course tasting menu. Ormer Mayfair offers a vegetarian alternative to any of its tasting menus, as well as pescatarian adaptations. The food is without exception, sublime: delicious, fun, beautiful and exciting. The menu started with a perfect mouthful of a warm Ibérico ham jelly tart, followed by delicate and moreish cured Cornish mackerel with spiced nage, kombu and sesame.

Up next was Norfolk quail, barbecued with sweetcorn and pineapple, followed by irresistible native lobster poached in tomato with pine nut and basil – perhaps one of the most delicious dishes available in London. A perfectly prepared, melt-in-the-mouth roast rack of Dorset lamb came next, followed by tart, mouth-watering Kent strawberries in kefir and olive oil and then a rich, exquisite Abinao and tapioca tart with salted milk sorbet.

Each dish is crafted from seasonal British ingredients where at all possible, and each is as strikingly gorgeous to look at as eat. The menu is a triumph from start to finish, with fantastic service to accompany each course. Equally as exquisite is the wine pairing, which has been expertly curated to feature wines from across the world including blanc de blancs from Sussex’s Nyetimber, a mineral assyrtiko from Santorini and an unusual and unforgettable Alcyone Tannat dessert wine from Atlántida, Uruguay.

An eight-course tasting menu for one person is £90, the wine pairing is an additional £105 per person, or £215 for a prestige wine pairing.

Ormer Mayfair is one of London’s finest restaurants, and continues to cement its reputation under the guidance of Sofian Msetfi. It still has the feeling of being a bit of a hidden gem, so impress your clients, date, friends or family by treating to them to an Ormer Mayfair tasting menu. It’s a culinary experience you won’t forget in a hurry.