Embracing the eclectic improvised sounds of jazz, The Parlour at The Ned majestically introduces the genre to the City 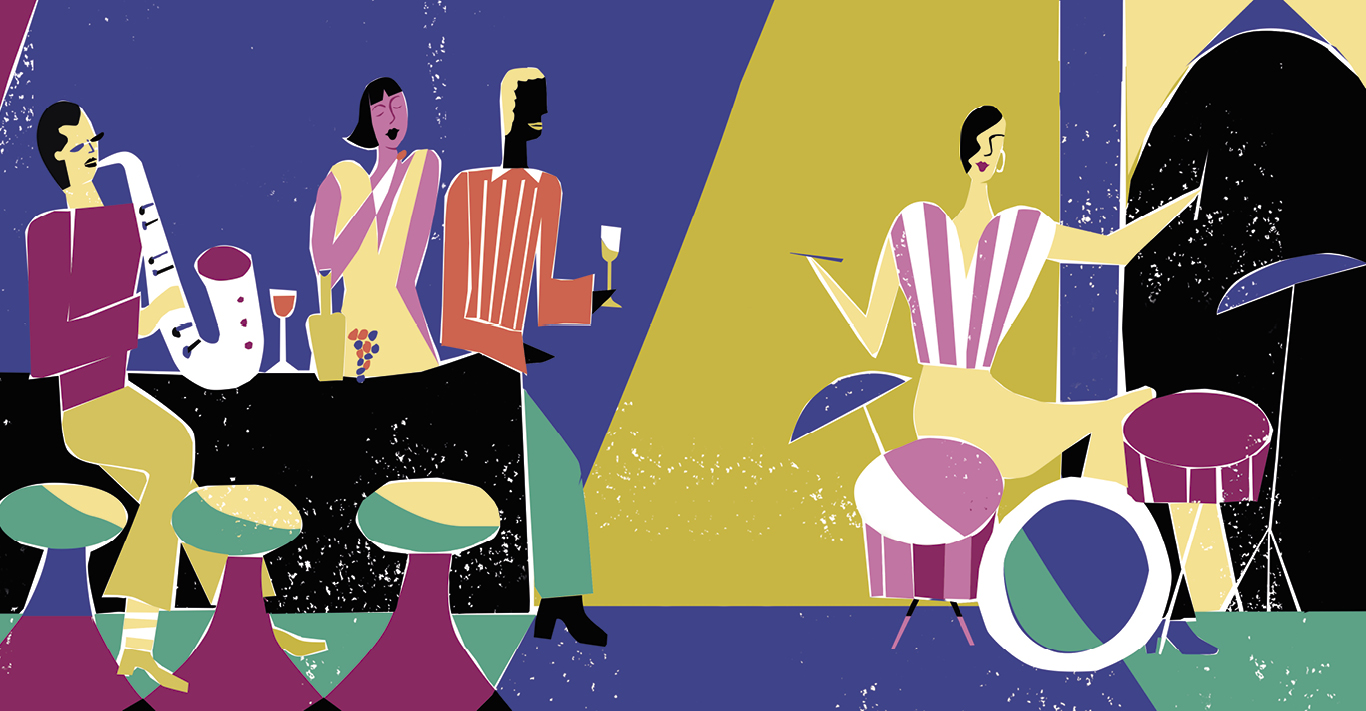 Jazz in this city, as the gravelly VoiceOver in a smoky film noir might say, is my beat. I have written about it, off and on, for more than 30 years. It takes me to all parts of the capital, from SW16 (Streatham’s Hideaway, sadly now gone) to NW9 (Sunday nights at The Chandos, Colindale). Mostly, though it’s Camden, Soho, the Southbank, the Barbican and, increasingly, out east, to Dalston and Hackney. Very rarely has the clarion call of the music taken me deep into the City, south beyond the Barbican, all the way to Bank. Until now. Until The Ned decided what
it really needed, as it emerged from lockdown last July, was a jazz room.

The Ned, now a hotel that is an ancillary to the Soho House empire, was once the HQ of Midland Bank. The vast, Lutyens-designed interior is reminiscent of Gringotts in Harry Potter and live music often features on the raised dais in the centre. The soaring main space was obviously designed to impress and over-awe the Midland’s clients. It was not intended to be acoustically perfect for music, which it certainly isn’t, but that doesn’t matter because most of the time it simply provides a soundtrack to the eating, drinking and carousing at the many bars and restaurants. The Parlour, though, which is hidden downstairs, opposite the members-only Vault bar (which used to be the bank’s… well, you guessed) is an entirely different proposition. Serious music demands serious consideration of ambience.

Once a non-descript workspace for members, the room is now something rather resplendent. Marcus Barwell of Soho House Design explained: ‘The interiors took inspiration from Art Deco Jazz and Cabaret clubs of the 1920s and 1930s. Details include a bespoke “sunburst design” wooden stage and dark high-gloss wall panelling and ceilings. The aim was to create an atmosphere of old-school glamour, an intimate space to take in a performance over dinner or cocktails. The design leans on bold shimmering velvets in red, gold and emerald along with polished burl oak tables, deep banquets and offset by Maison Jansen-style brass lamps and Murano glass ceiling lights.’
You might not be able to take all that detail in on your first visit as the initial reaction is a simple: wow. At The Parlour, more is definitely more – it reminds me of the section of the Dean Street Brasserie that once had saucy wallpaper – in fact, it might still – but pumped and pimped at the Speakeasy gym.

But what of the music? Well, Johnny Seymour, who is in charge of booking the acts, showed impeccable taste when he signed up Giacomo Smith for a fortnightly residency. The lynchpin of Kansas Smitty’s various incarnations, he is a world-class soloist. A contemporary of his put it this way: ‘Giacomo is a really, really good sax player. There’s quite a few really, really good sax players in London but very few of them can come close to his work on clarinet. He can do things you just shake your head at.’ Smith says: ‘I put together a five-piece Chicago-style trad band to recreate the feel of Café Carlyle or The Algonquin in New York.’

That five-piece includes the hugely talented trumpeter Laura Jurd of Dinosaur, a band as far away from trad as you can imagine, but who is embracing a trip deep into her music’s roots. But it’s not all vintage gear at The Parlour. Other regulars include soul-jazz singer Reuben James, pianist Jamie Safir (who has worked with everyone from pop stars Will Young and Olly Murs to sax giants Iain Ballamy and Stan Sulzmann) and funky trumpeter Mark Kavuma.

Nor is it only jazz. On Saturday nights, the Black Cat Cabaret takes over, with a menu of circus skills, burlesque, comedy and variety acts. Thursday is members-only night, so personally, pounding the jazz beat as I do, I’d go for Wednesday or Friday (it’s closed Sun-Tues). The music starts at 6.30pm and goes through to the wee small hours, with plenty of intervals for chatting. There is no cover charge, although prices for the very good food and drink do reflect that. It is a wonderful grown-up, dress-up night that, given its popularity, has proved a shrewd move by The Ned. Oh, and the acoustics are just dandy.

On 12 November, Giacomo Smith at The Parlour is one of the gigs that makes up the opening night of The EFG London Jazz Festival (12-26), which is back in full swing for 2021, with 600 gigs at 30 venues. The Americans are returning too –guitarist John Scofield is with Brit bassist Dave Holland (14 November); the brilliant singer Cécile McLorin Salvant brings her beguiling (and sometimes raunchy) show to town on 16 November; hot guitarist-of-the-moment Julian Lage plays on the 12th and impossibly cool alto player Lakecia Benjamin channels Coltrane on the 13th. All four gigs are at the Cadogan Hall. There are really interesting performances at the “fringe” venues as well. I’m looking forward to maverick avant-garde(-ish) New York trumpeter Jaimie Branch at the Jazz Cafe (19th) and Damon Locks’ vocal/dance/multimedia Black Monument Ensemble at Earth in Hackney (15th).

As you can tell, it’s a busy couple of weeks, with multiple gigs every night and if you have even the tiniest of jazz bones in your body, you’ll be spoilt for choice.

RONNIE SCOTT’S
Legendary Ronnie’s has been around since 1959 and in its present Frith Street location since 1965. It survived and thrived after a much- needed revamp in 2006 and it is still the place to go for big jazz names in a plush, supper-club setting. The club has just reintroduced its late show, running into the wee small hours, as jazz should do. ronniescotts.co.uk

606
This unpretentious basement in Chelsea’s Lots Road is very much a musician’s hang-out. It has flown the flag for post-bop British jazzers for years but is also a favourite for new sonic adventurers such as guitarist Rob Luft, clarinettist Giacomo Smith and many singer- songwriters, who like the close connection with the audience it offers. 606club.co.uk

THE VORTEX
Sitting on Gillett Square, Dalston, the Vortex is the place to go if you fancy exploring some of the less conventional corners of jazz. Run by volunteers, the small room is less slick than some but it is very much a labour of jazz love and is an important spot for album launches, new experiments, emerging talent and exhilarating jam sessions. vortexjazz.co.uk

JAZZ CAFÉ
It’s not a café and it doesn’t always play jazz (there are disco and soul nights too) but this standing-only venue (with a sit-down balcony restaurant) in Camden is a great place to see big stars (Billy Cobham, Roy Ayers) and local heroes (Ms Maurice Grey, Rosie Turton). The crowd is young, enthusiastic and keen to dance when the mood takes it. thejazzcafelondon.com 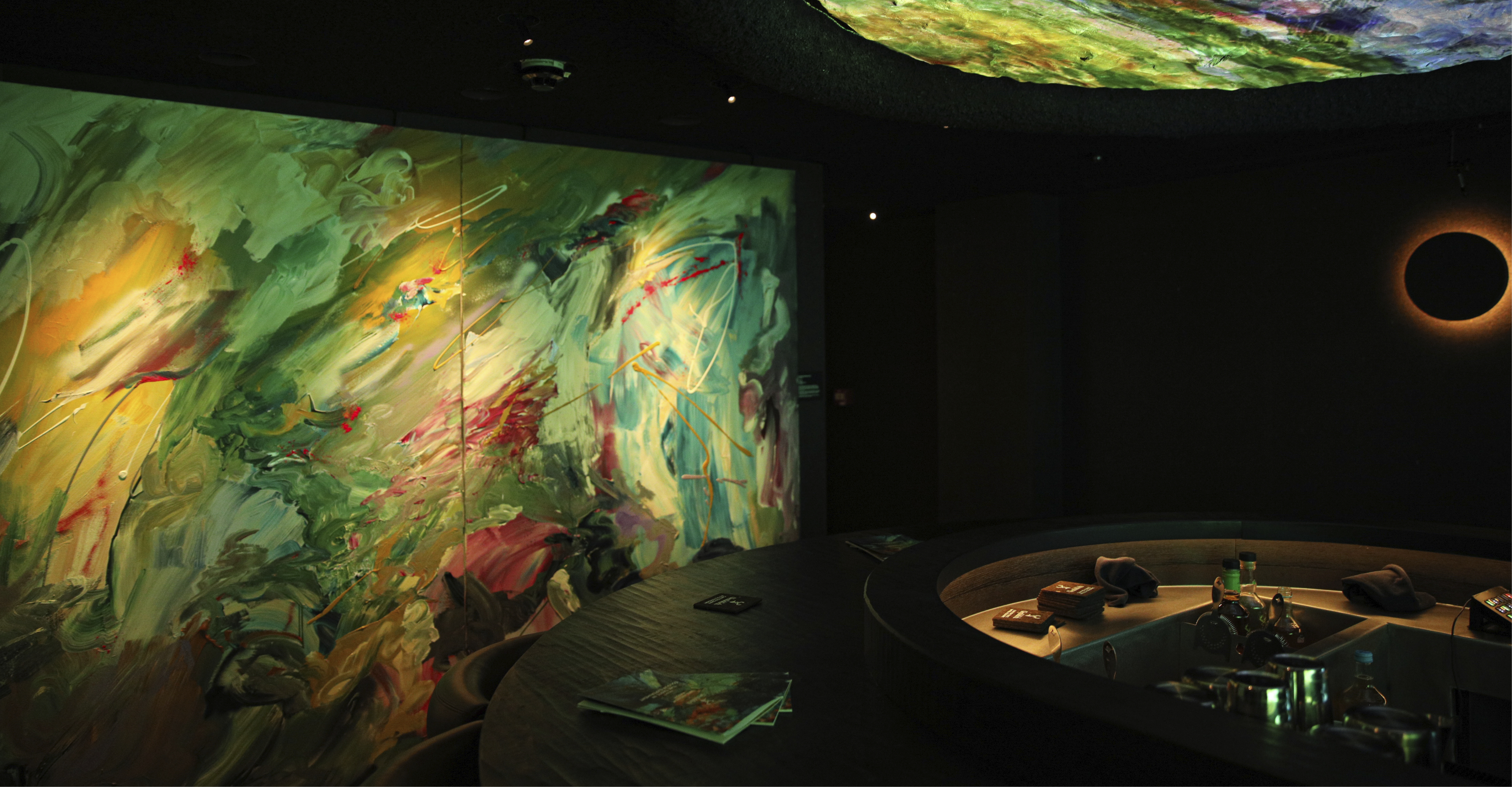