Valentine’s gift guide: watches for him 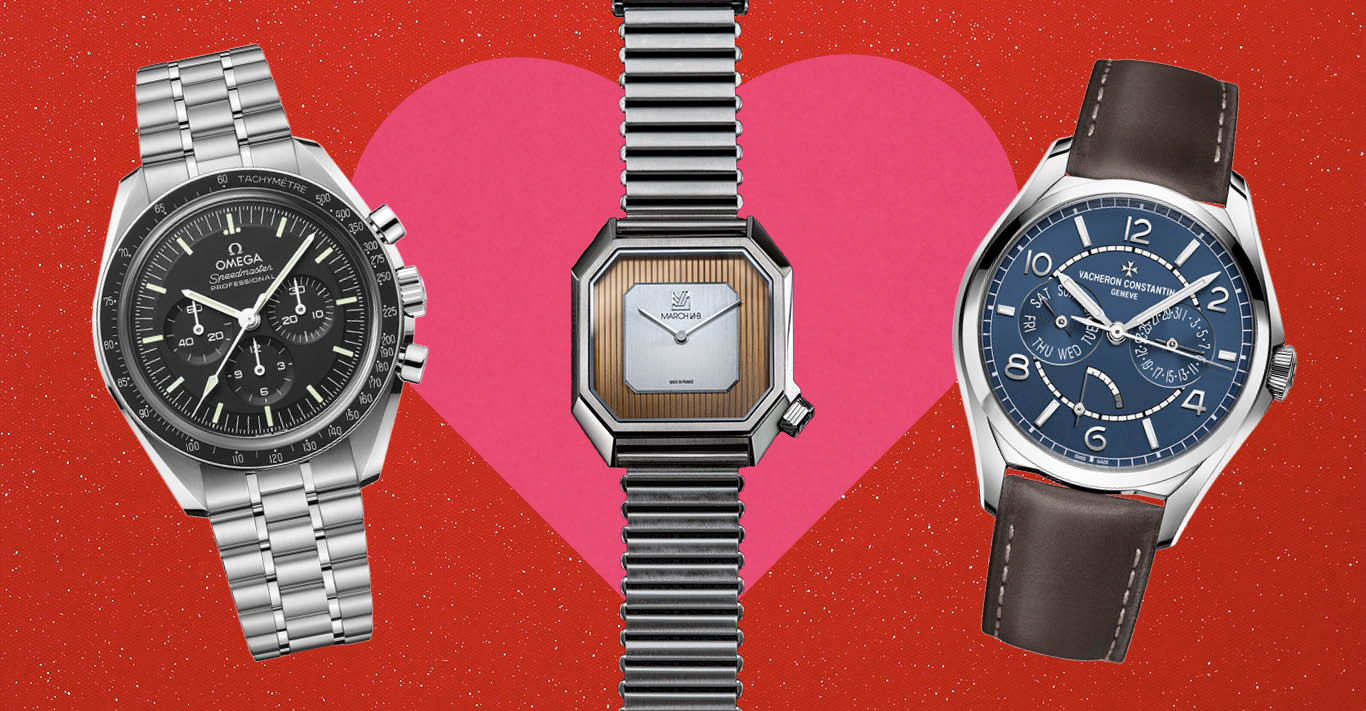 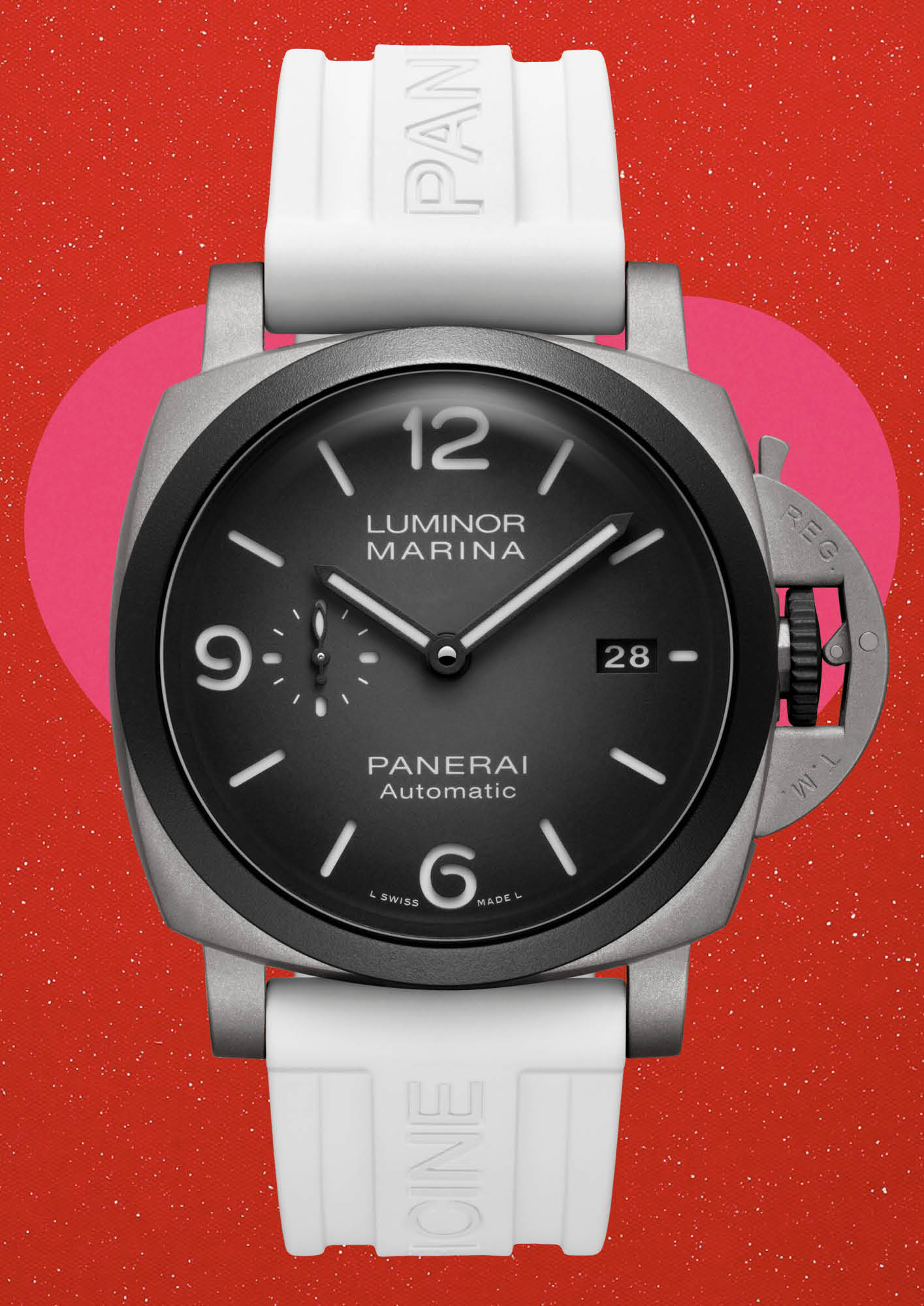 Panerai is celebrating 70 years of the Luminor by calling on ambassador and champion freediver Guillaume Néry to inspire a special take on this legendary diving watch. Bringing together this heritage with the best in modern timekeeping from Panerai’s innovative Laboratorio di Idee, it offers the robust performance expected from the watchmaker’s designs. And the watchmaker is so confident in the watch, water resistant to up to 30 bar (300 metres), that it even comes with an unusual 70-year warranty. 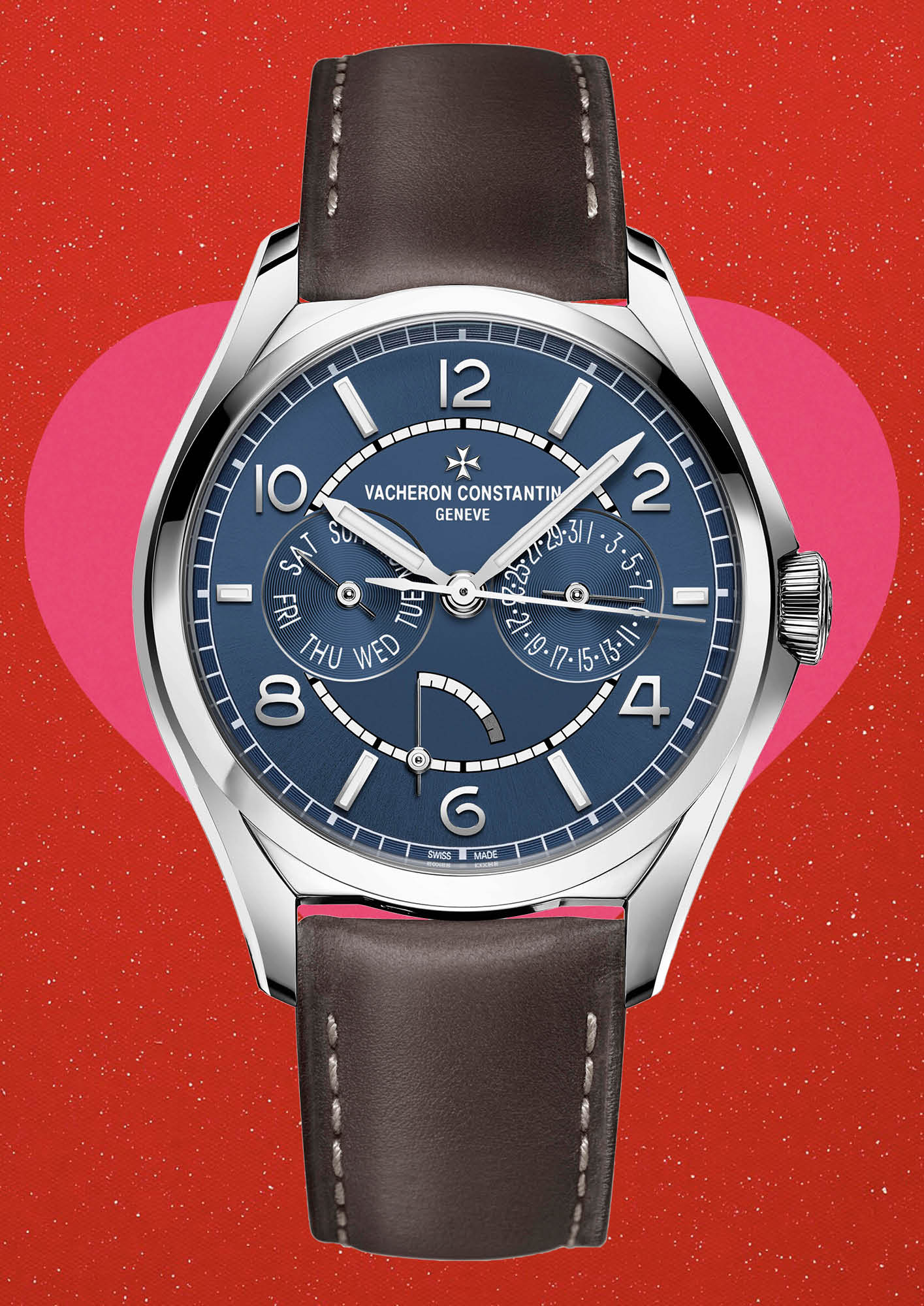 Vacheron Constantin launched the handsome Fiftysix collection in 2018, which has since become a popular staple of the watchmaker’s offering. Inspired by the maison’s first water-resistant, self-winding watch introduced in 1956, it exudes an understated elegance that makes it a versatile accessory to any outfit, smart or casual. The model sees a further style boost with a partnership with luxury online retailer Mr Porter. Limited to just 30 pieces, this version comes with a rich petrol blue dial, enhanced with three different finishes – opaline, sunburst and snailing – that lends an alluring depth to the dial. 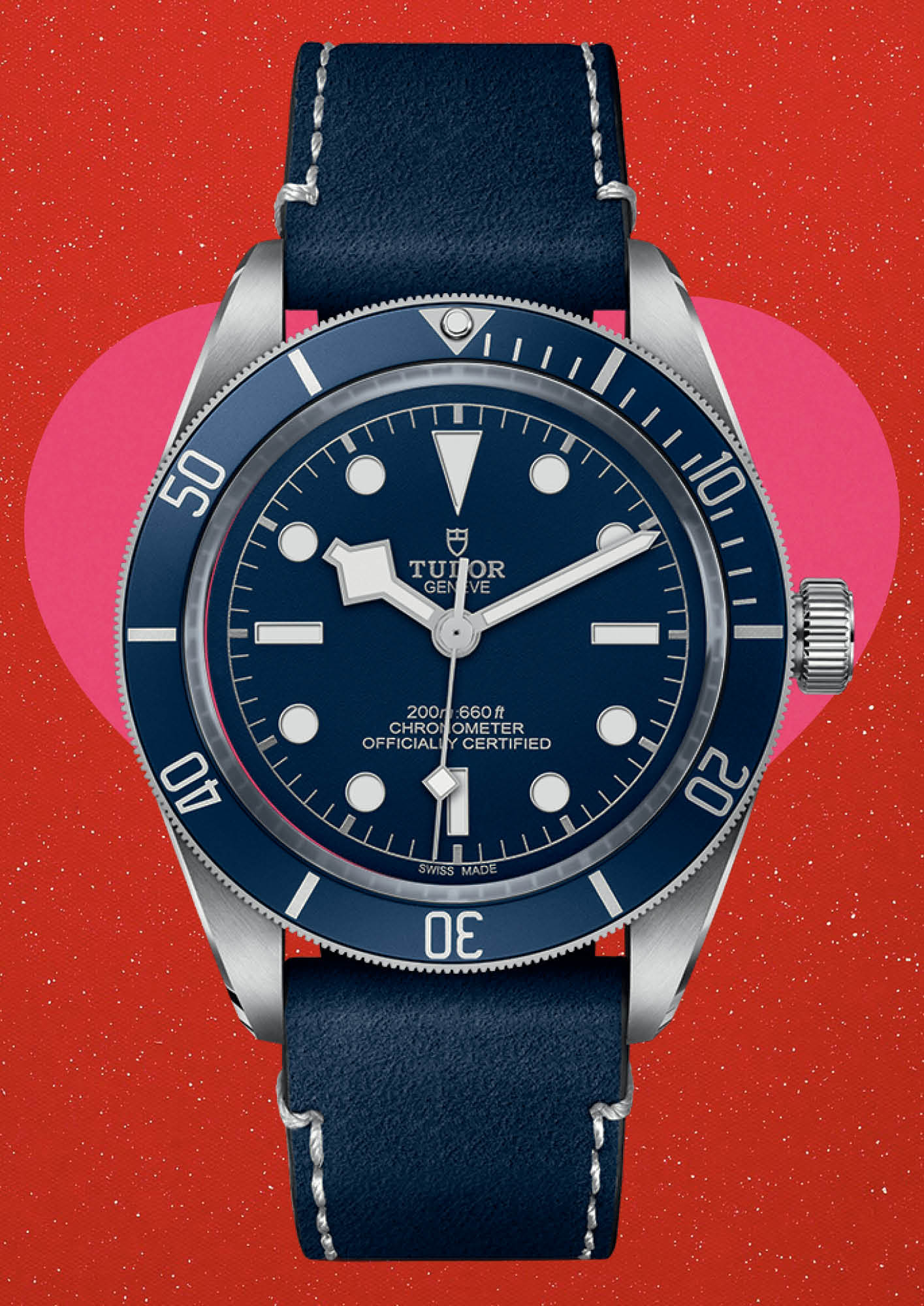 The Black Bay Fifty-Eight takes its name from the year in which Tudor introduced its first watch waterproof to 200 metres, the reference 7924, or ‘Big Crown’. However, it speaks to the watchmaker’s rich heritage in diving watches by also drawing inspiration from other important models from the era. These influences come through in distinctive details such as the signature ‘snowflake’ hands and large winding crown. This modern take comes in rich navy blue, with a matching comfortable, soft-touch strap made from a material resembling flannel. 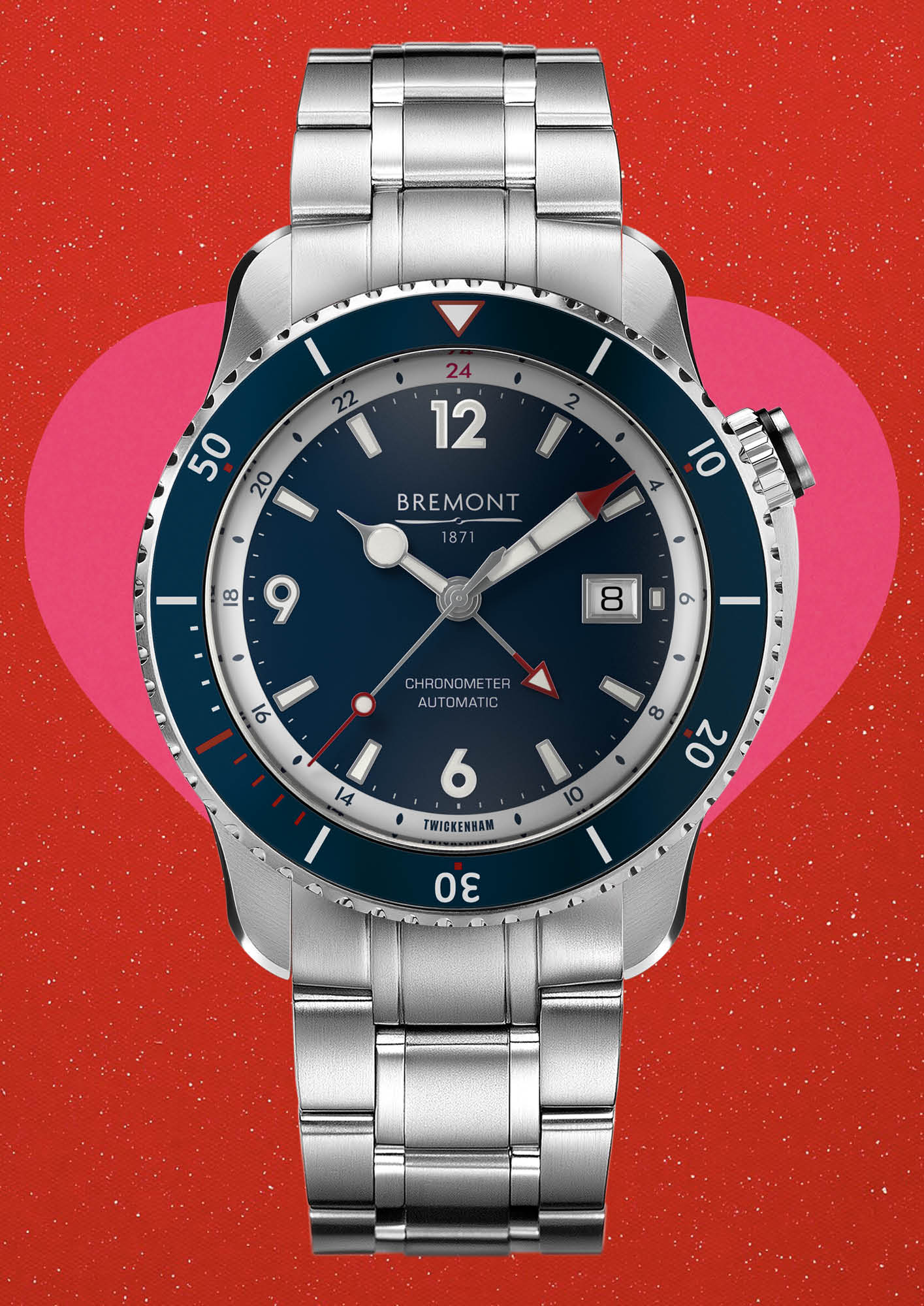 Bremont is the Official Timing Partner to both England Rugby and Twickenham Stadium. And as the Rugby Football Union celebrates its 150th year, the British watchmaker is marking the occasion with a limited-edition timepiece with subtle nods to the sport. The Bremont RFU 150 comes equipped with a 24-hour GMT hand and unidirectional rotating bezel. While traditionally a diving watch function, the latter can handily be used to keep track on the match playing time with indicators showing the approach of half/full time in red and any extra-time added on in white. The timepiece is decorated in the deep blue of England Rugby’s alternative kit, while the inner dial ring is stamped ‘Twickenham’. Finishing the model in style in a closed case back adorned with the RFU’s new Heritage Rose emblem. 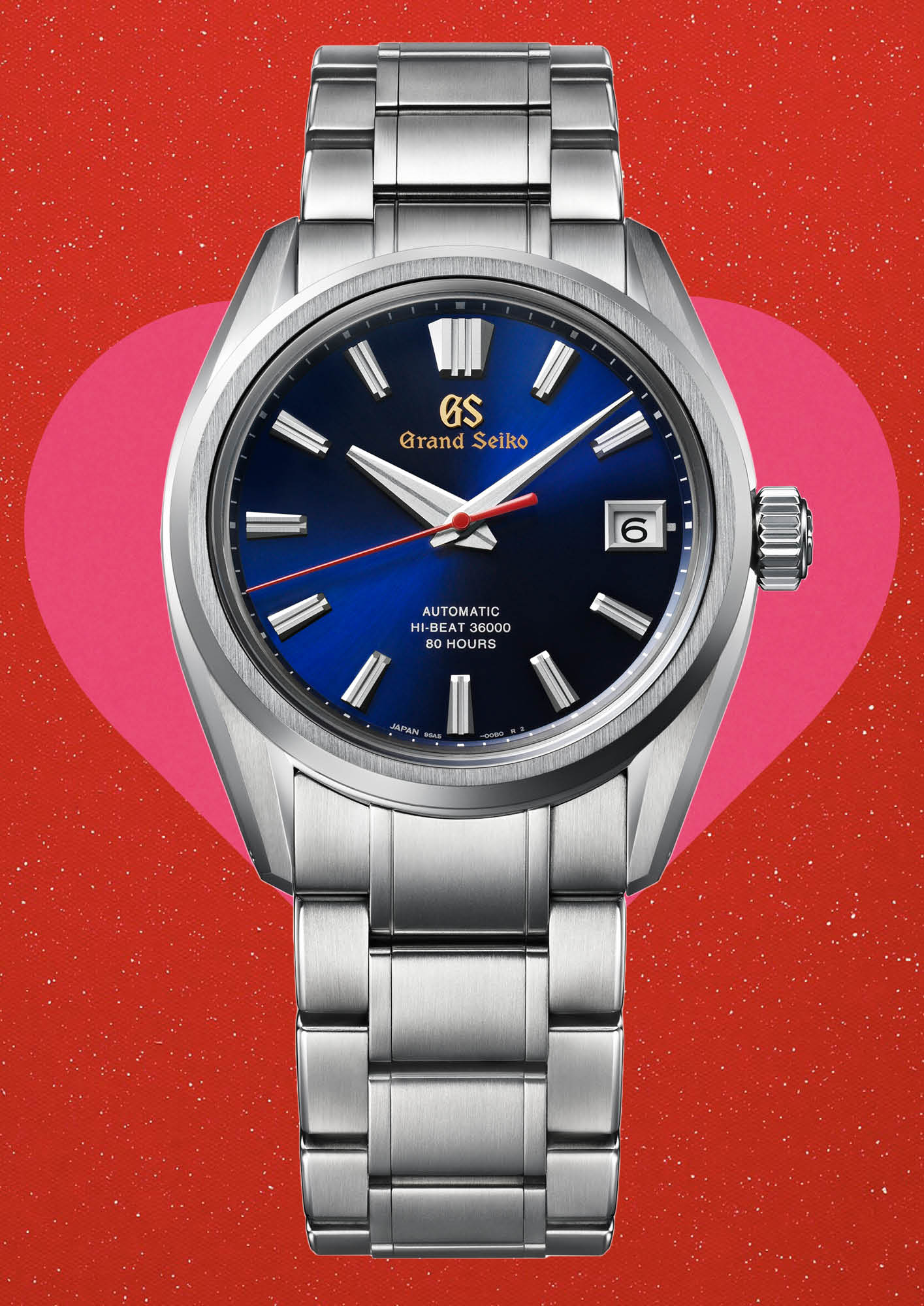 Last year, Grand Seiko marked its 60th anniversary in fitting style with the introduction of a new movement, the 9SA5, that marked the culmination of decades at the cutting edge of high-end watchmaking. Despite its highly precise rate of +5 to -3 seconds per day, along with offering an impressive power reserve of 80 hours, it manages to be 15 per cent slimmer than the previous Seiko Grand high beat calibre. This is thanks to innovations including a new escapement, a free-sprung balance developed especially for the calibre to improve precision and resistance to shock and friction, as well as innovative horizontal configuration for its gear train to achieve the more svelte design. These come packaged in a handsome blue-dial timepiece that draws inspiration from the classic Grand Seiko timepieces of the 1960s. 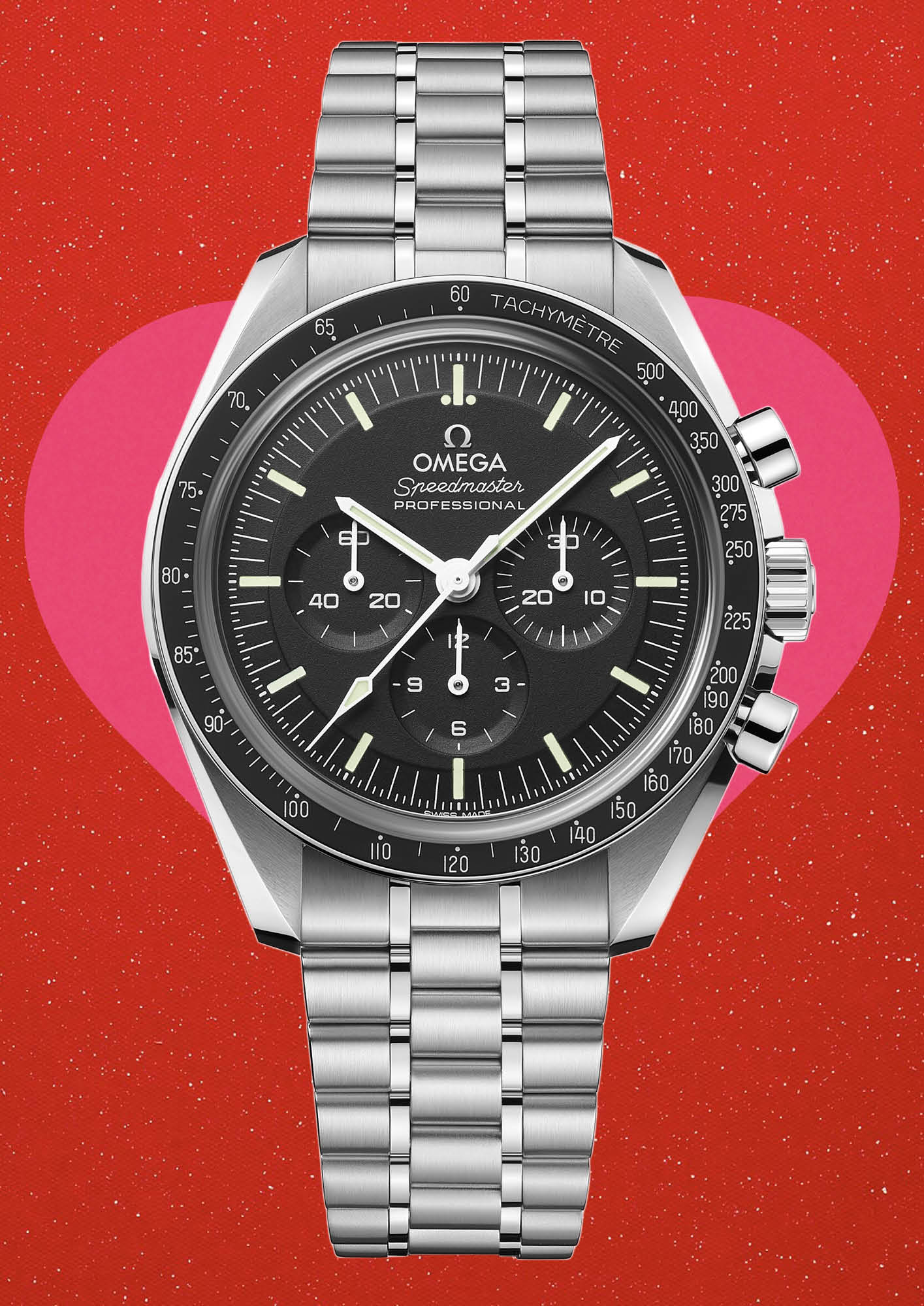 The Omega Speedmaster made history when it accompanied the astronauts on the groundbreaking Apollo 11 mission to the moon. For 2021, the watchmaker has looked to the exact model worn by these pioneering astronauts, the ST 105.012, to inspire a timepiece that combines classic design with the latest in modern timekeeping. It’s space-era tributes include the asymmetrical case shape, step dial and double bevel case back. Significantly, however, it comes powered by the Co-Axial Master Chronometer Calibre 3861. Not only does it have Master Chronometer status, guaranteeing its adherence to the highest standards of precision and performance, it offers unparalleled resistance to even the most extreme of magnetic fields. 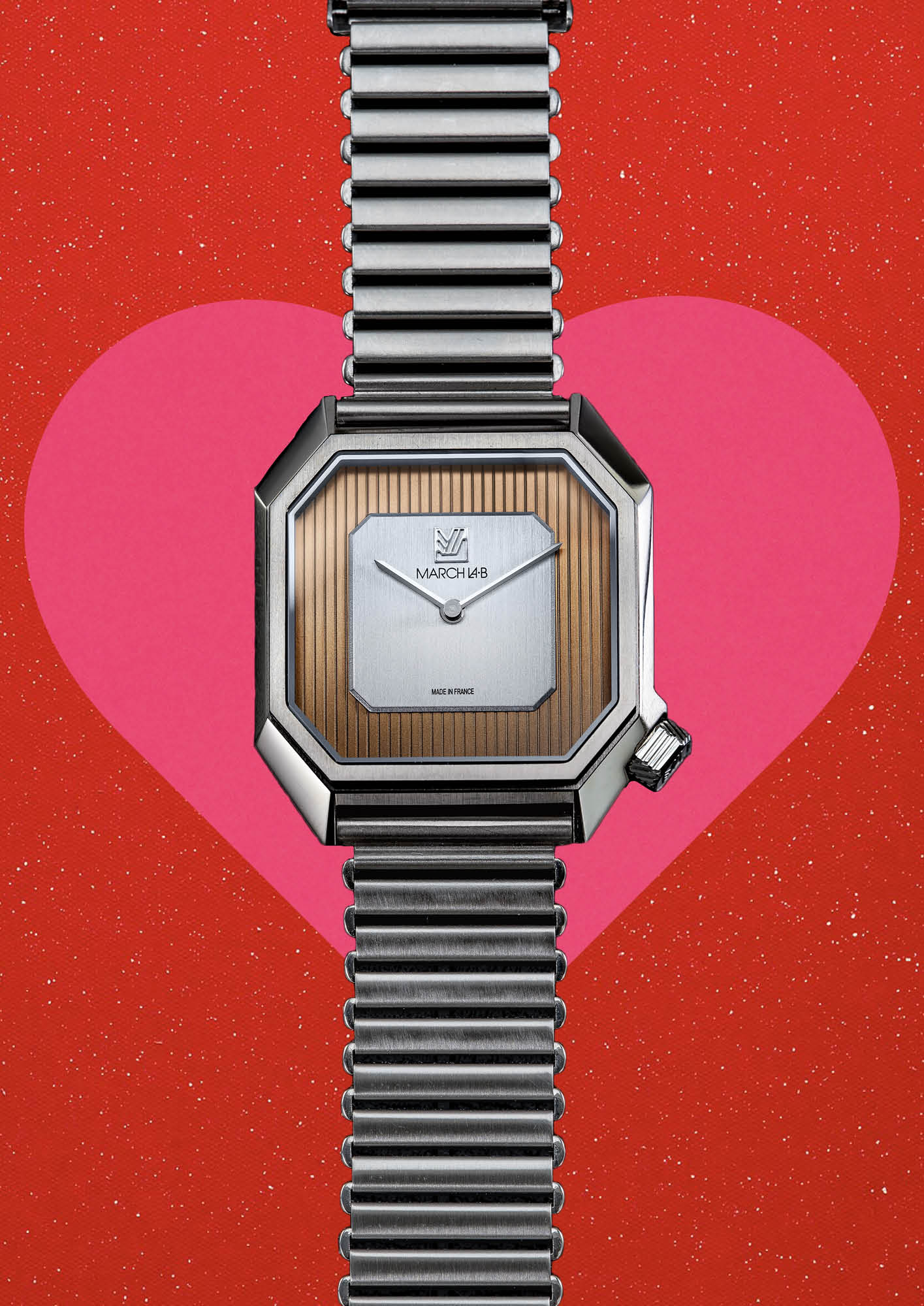 Many of us are missing the freedom of the open road, but March LA.B are inviting us to vicariously live out high-octane adventures with the Mansart ‘Easy Driver’. Limited to just 50 pieces, this distinctive timepiece draws from the cool, retro styling of the Chevrolet Camaro Z28. Here the angular lines of the Mansart are complemented with an eye-catching bi-colour dial in brushed steel with guilloché gold decoration. The brand has enlisted the help of French compatriots for the Bonklip strap, featuring an adjustable size system to fit comfortably around the wrist, which provides the perfect vintage finishing touch. 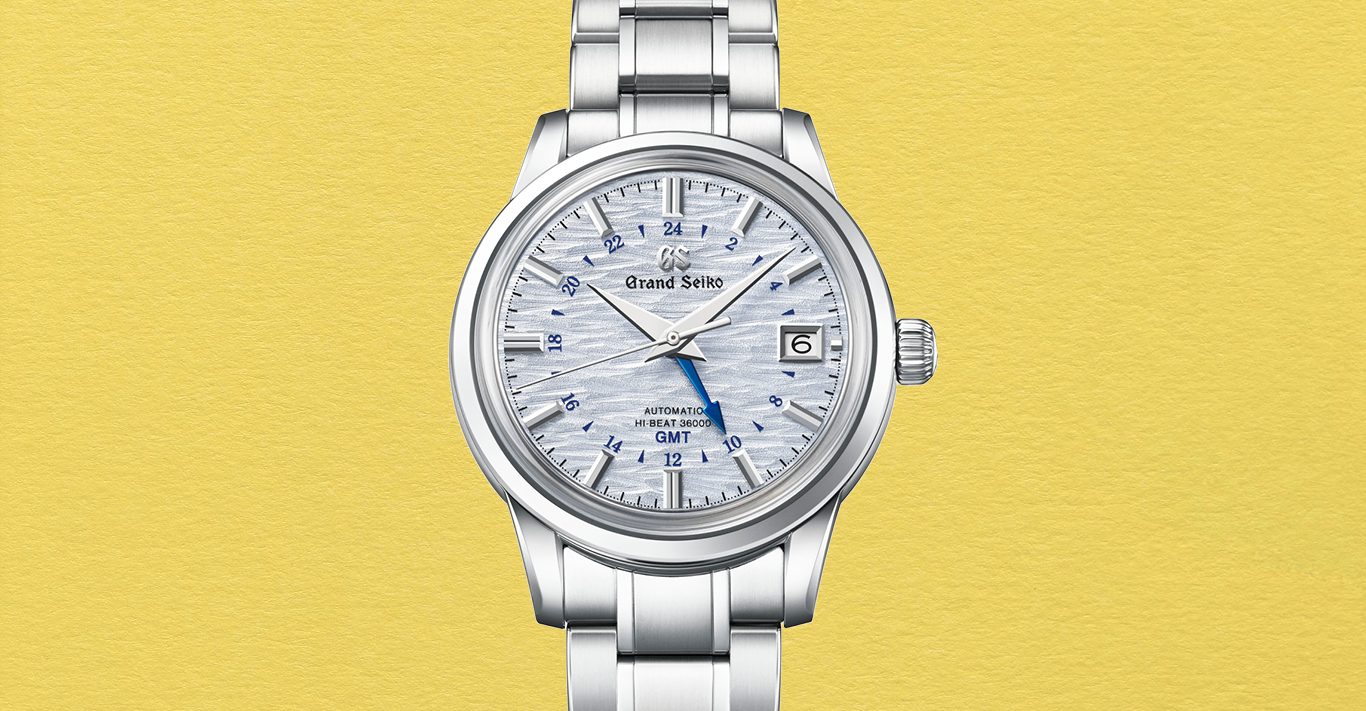 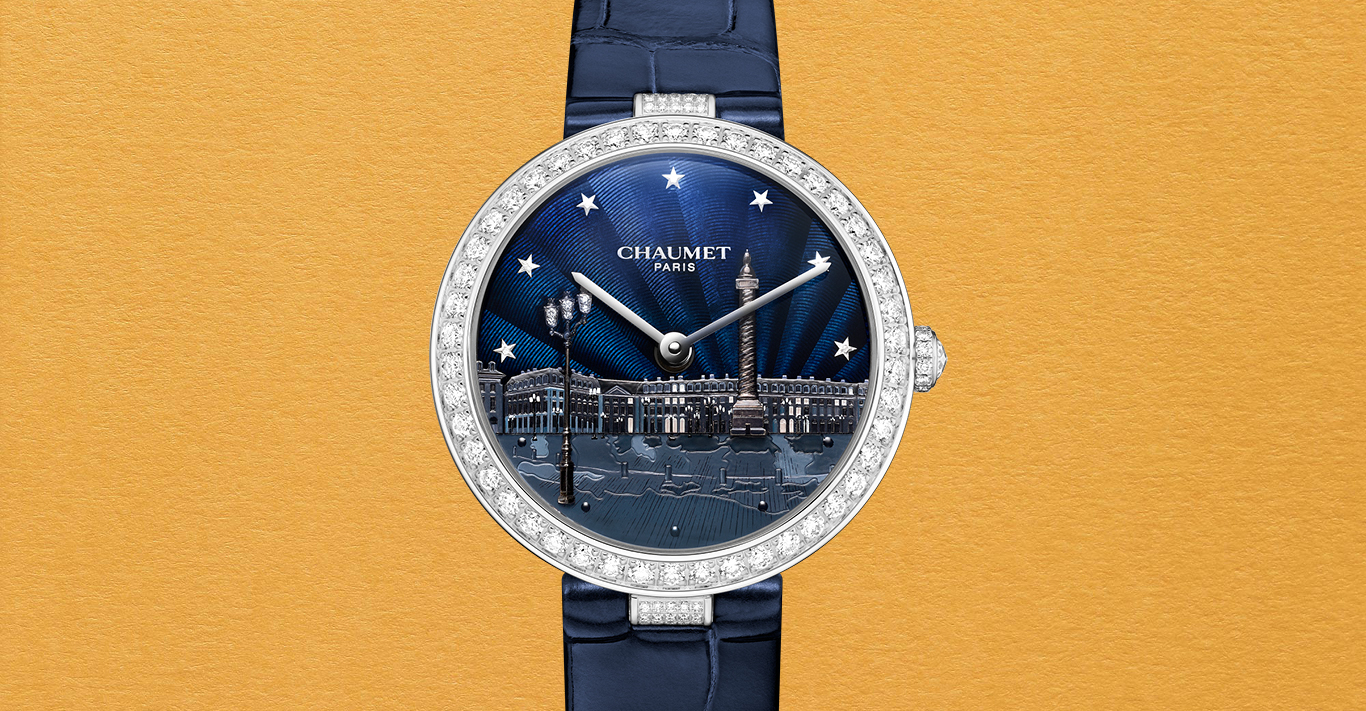 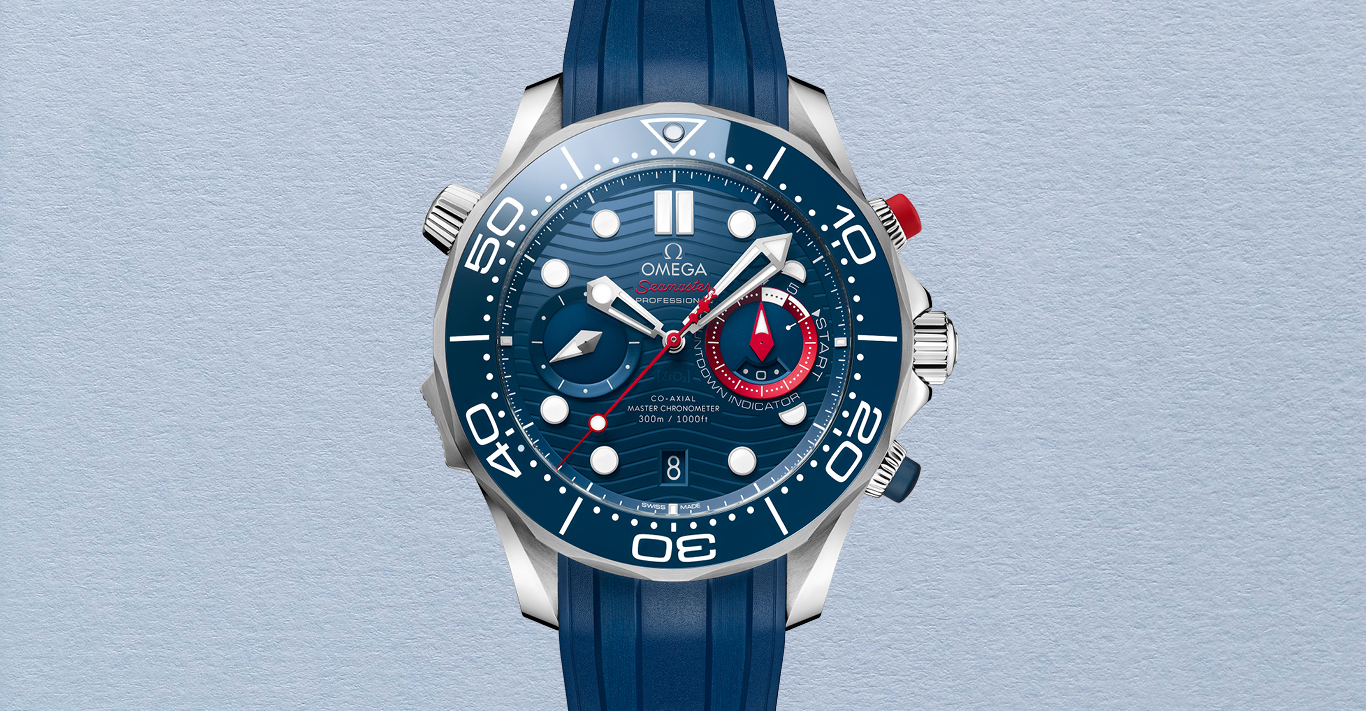