The watchmaker’s honorary chairman, and former CEO, celebrates his birthday with a fitting tribute to his first, and favourite, collection 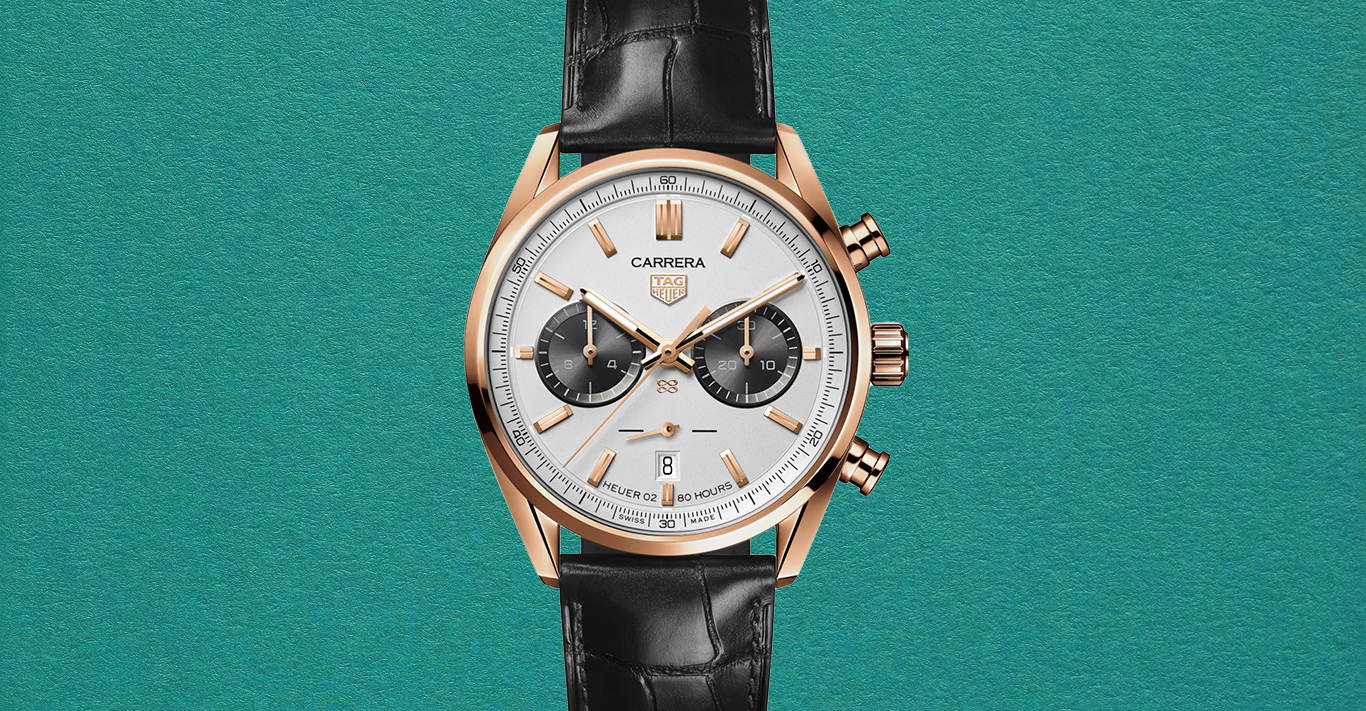 Without Jack Heuer there would be no TAG Heuer Carrera. The iconic racing watch was the first timepiece he created entirely, from crafting its distinctive look right down to choosing and registering its name, inspired by the famous and challenging Carrera Panamericana road race. To this day, more than half a century after its launch in 1963, it remains his favourite collection.

This year, the former CEO and current honorary chairman of TAG Heuer, and great-grandson of the brand’s founder, is celebrating his 88th birthday. And it is little surprise that he has looked to the Carrera to mark the occasion in style, with a very special rose-gold limited edition of the recently relaunched TAG Heuer Carrera Chronograph that is inspired by both a vintage piece that is close to his heart and some of racing history’s biggest names.

Rose gold is Jack Heuer’s favourite material, but the decision to use this precious metal for the new TAG Heuer Carrera Chronograph Jack Heuer Birthday Gold Limited Edition has an even deeper reasoning. The timepiece takes its cues from the all-gold Heuer Carrera 1158CHN from the 1970s. During this decade, Jack Heuer marked the watchmaker’s partnership with Ferrari by starting the tradition of presenting the team’s F1 drivers with a 18ct gold Heuer Carrera for good luck, each engraved with their name and blood type on the caseback. Throughout this time, lucky recipients included legends such as Ronnie Peterson, Niki Lauda and Clay Regazzoni, with these timepieces going on to become some of the most sought-after collectors items.

On this new model, limited to 188 pieces, the 42mm rose-gold case elegantly frames the sophisticated silver opaline dial, which features two contrasting sunray-brushed chronograph subdials in black to recall vintage racing timepieces. Contemporary touches include the counter at 6 o’clock, which has been blended in with the dial to retain its signature clean, pared-back aesthetic. Meanwhile, Jack Heuer’s distinctive eye for design shines through in subtle details such as the date display and hands, carefully rethought to perfectly balance the overall look.

The special details continue from the dial to the movement. The number ‘88’ holds a special meaning beyond his age, symbolising a double infinity loop that itself speaks to the ongoing family business of TAG Heuer. This motif takes pride of place at the centre of the dial. The watch is powered by the renowned and innovative Calibre Heuer 02 manufacture movement, comprising 168 components, including a column wheel and vertical clutch for enhanced precision. This has been beautifully finished with the visible oscillating weight engraved with Jack Heuer’s motto, ‘Time never stops, why should we?’. A final personal touch comes through in the black alligator strap that bears his signature in gold lettering.

This distinguished timepiece is a fitting addition to what has been a milestone year for TAG Heuer as it continues to mark its 160th anniversary. For connoisseurs of the Carrera in particular, there has been much to celebrate as the watchmaker has revealed a number of limited editions. Festivities kicked off with the handsome TAG Heuer Carrera 160 Years Silver Limited Edition, with its sporty-yet-sophisticated stainless-steel design. Showcasing the diversity of the Carrera family, this was soon followed by the TAG Heuer 160 Years Montreal Limited Edition. Inspired by an iconic collection of bold Heuer automatic chronographs launched in 1972, it catches the eye with its bright and daring dial in a blue, red and yellow colour scheme.

Completing the trio of limited-edition releases is the recently unveiled TAG Heuer Carrera Sport Chronograph. A tribute to another piece of TAG Heuer history, it draws inspiration from the Heuer ‘Dato 45’ from 1965, the first Heuer wrist chronograph to include a turning date disc. As with each of these limited editions, it reinterprets the features that have made the Carrera such an enduring classic through a contemporary lens, proving time again why the watch has achieved such legendary status.