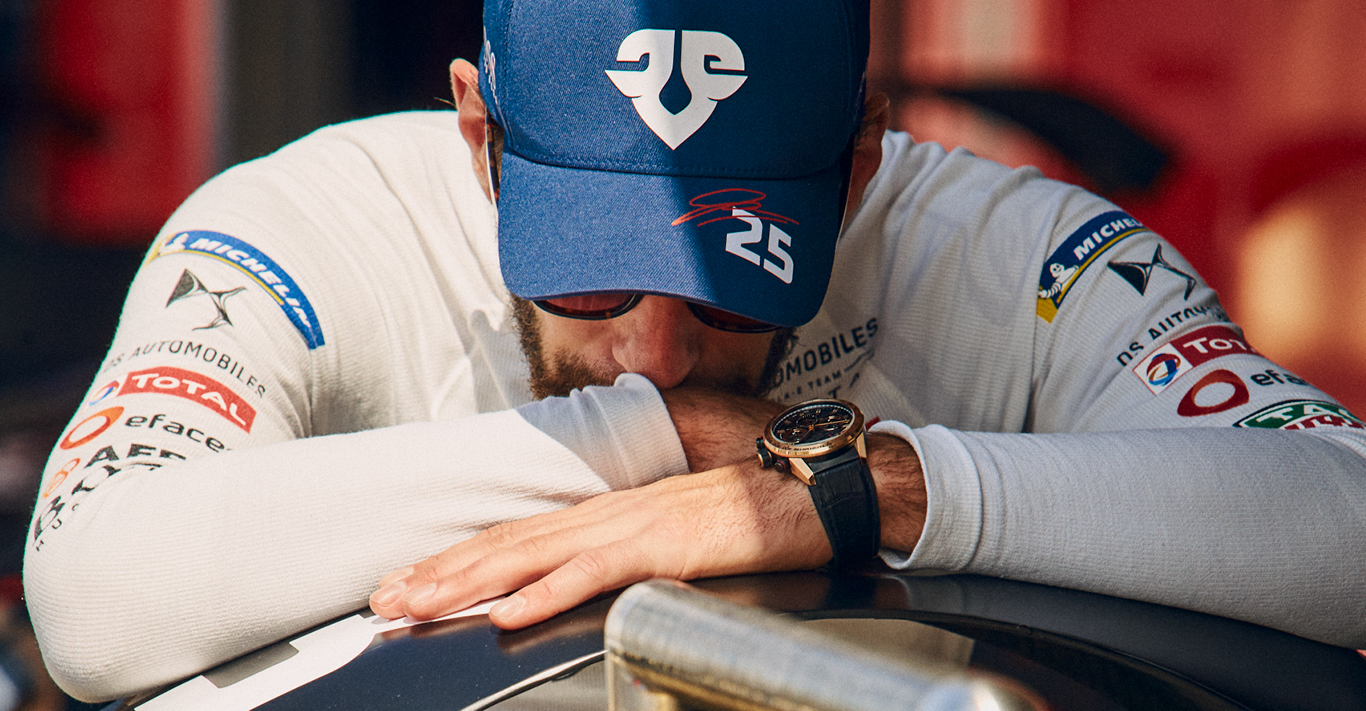 Ever since Jean-Éric Vergne was young, he has had a passion for motor racing. He won junior karting crowns and a British Formula 3 championship title early on, before contesting in Formula 1 and 24 Hours of Le Mans. These days, Vergne is a two-time world champion in the all-electric ABB FIA Formula E series and is currently leading the fight for his third title in the 2022 season. It follows then, that someone with a penchant for making good time should have a fondness for watches, which, Vergne tells Brummell, came as early as his love for the track.

‘Watches are something I’ve loved since I can’t even remember. Becoming an ambassador for TAG Heuer was a dream because the brand is really iconic, especially in our sport. I’m fortunate to be wearing watches that I love every day.’

So, is there a favourite? ‘Sometimes I will wear the same watch for several months, and then I’ll fall in love with another TAG. So right now, I’ve been wearing the Carrera with the green dial since I got it. It was a limited edition, so I had to find it, but it was really worth it because I absolutely love this watch, and I actually wore it at my wedding. I’m also wearing the Carrera Montreal, which was a 160th-anniversary edition.’

Indeed, TAG Heuer’s automotive ties stretch back more than a century, when it patented the world’s first dashboard chronograph and later become a leading producer of stopwatches and timing equipment, making it a favourite among racers. Vergne says he delighted in the similarities between the engineering involved in watchmaking and car mechanics on a visit to TAG Heuer’s workshop: ‘I find it fascinating to see the watch movements – they are works of art. I love them because it’s like having a tiny engine on your wrist and, you know, there are beautiful, very tiny mechanical components inside it that are so precise. It has a lot of meaning.’