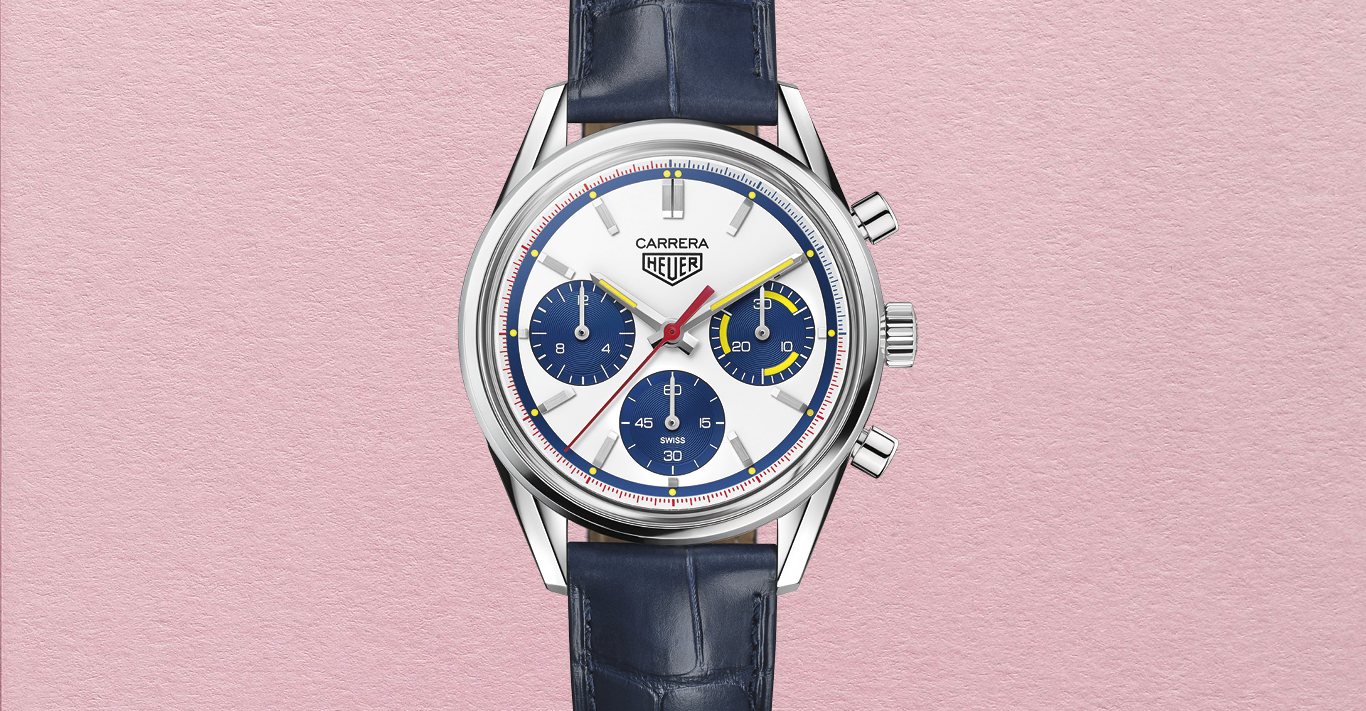 Mash-ups are nothing new in music or fashion, and the same can even be said for the sanctified world of Swiss watch design. But it is unusual to see a brand take two of its own models and fuse them together. That is what we have here with TAG Heuer’s Carrera 160 Years Montreal Limited Edition, a piece that takes the classic round form of the Carrera and interpolates it with detailing from the more out-there Montreal. Heuer’s Montreal arrived less than a decade after the Carrera, but was the product of an entirely different era. By the early 1970s, watch design had become more experimental as designers played with shape, colour and materials. Introduced in 1972, the Montreal had a streamlined ‘flight’ case and red, blue and yellow detailing, but it’s never been re-released. Until now. Sort of. TAG Heuer has taken the colourful spirit of the original and used it to help codify this limited-edition 39mm watch, which has the Carrera’s silhouette and the Montreal’s vivid palette. As with the Silver Limited Edition, its Heuer 02 automatic chronograph calibre is visible through an exhibition case back, but this time it’s set on a deliciously louche blue alligator strap. One of the most collectable TAG Heuer watches in years. 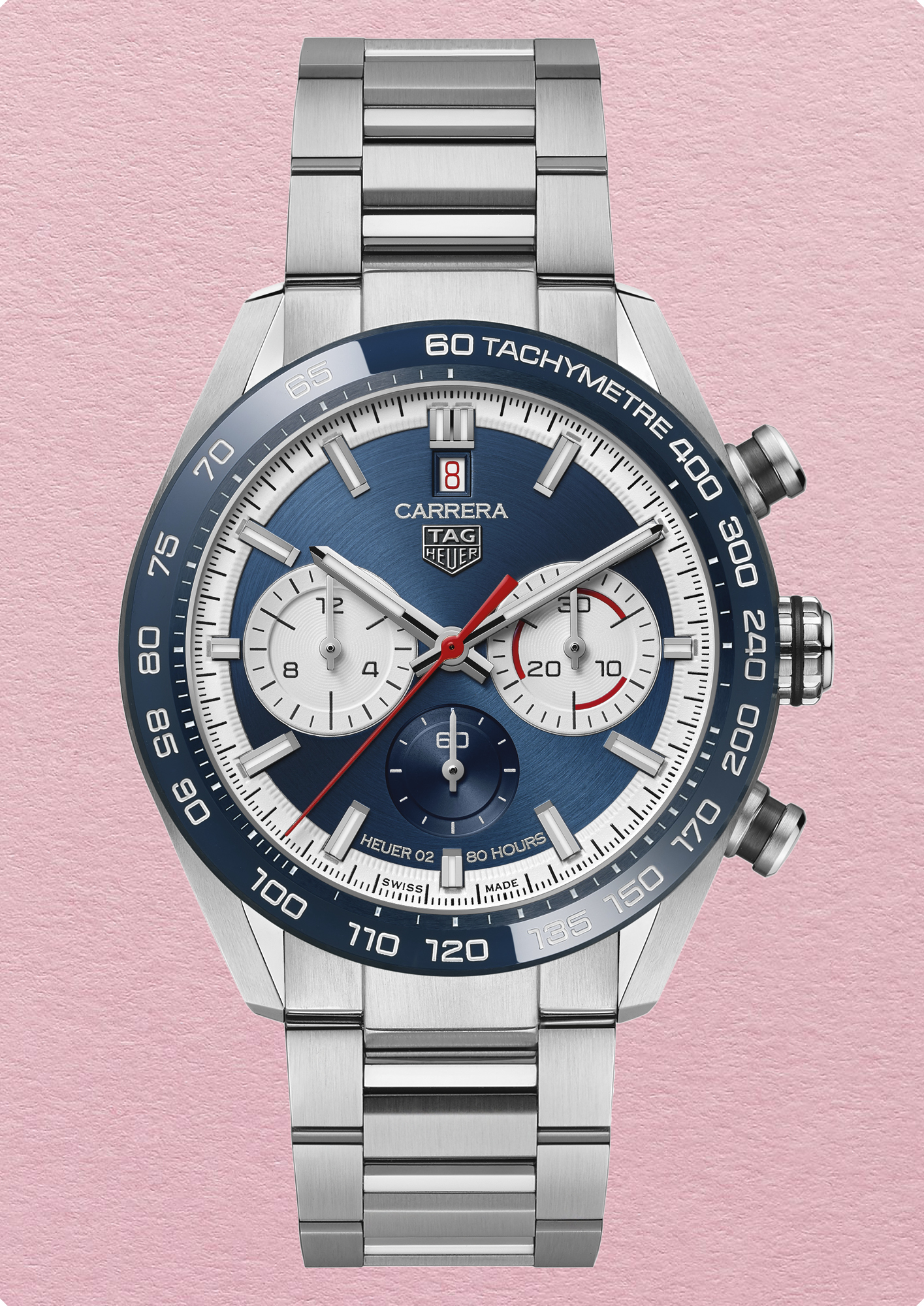 During the 1980s, after Heuer had been bought by Techniques d’Avant Garde and assumed its now familiar prefix, it took a new direction, away from the mechanical racing chronographs of before and towards a more technological future. But since the company’s rebirth in the late 1990s, it has been tracking heroic designs from its past, reintroducing headliners such as Carrera, Monaco and Autavia to new generations of watch buyers. With this duo of limited-edition Carrera Sport Chronograph 160 Years Special Editions, the great marque reminds us of its “Dato 45”, a 1965 concept that at the time became the first Heuer wrist-worn chronograph with a turning date disc. Hard to imagine now, but a date on a chronograph was considered experimental in the mid-1960s, and the watch was never commercially successful, a thorn at the time that has made those few models produced endearingly collectable. This pair are part of the trio of limited-edition Carreras created for TAG Heuer’s 160th anniversary, and gently evoke the Dato 45’s signature function – a date in the unusual spot of 12 o’clock. Both are limited to 1,860 pieces; one has a black, red and white livery, the second blue, red and white. The basic form is that of the Carrera Sport Chronograph collection piece introduced last year, so both measure 44mm across, are powered by the company’s Heuer 02 in-house automatic mechanical chronograph movement, and feature a fixed ceramic bezel engraved with a tachymeter scale for measuring speed (if you’re quickfingered enough). 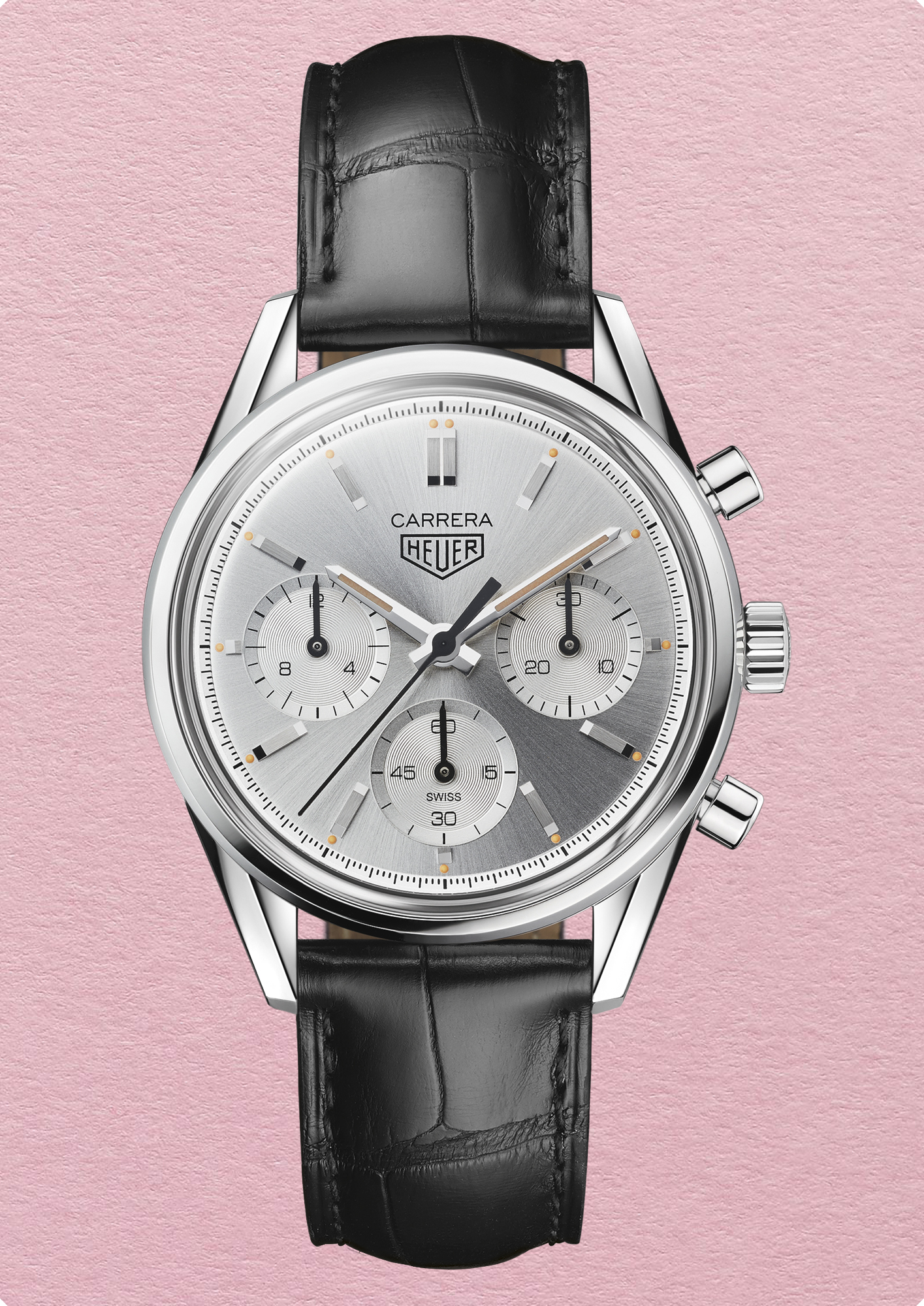 At LVMH Watch Week in Dubai last year, Stéphane Bianchi, then TAG Heuer’s chief executive and now head of LVMH’s watch division, was wearing a museum-piece Heuer Carrera chronograph, a watch with a sunburst silver dial, three counters, and podium-style hour markers. This was the Heuer 2447S, a forgettable name for a memorable watch produced in 1964. As well as being a thing of historic significance and utilitarian beauty – Jack Heuer, its creator, made an art form of functionality – it was also striking how modern it felt, even allowing for its trim proportions by today’s standards. That alone was motivation enough for TAG Heuer to choose it as inspiration for the Carrera 160 Years Silver Limited Edition, completing the trio of Carrera models introduced for the company’s 160th anniversary celebrations. The new watch’s base aesthetic is unerringly faithful to the 1964 original, right down to the spiral detailing on the counters and the application of the word Carrera over a Heuer shield. Aside from its enlarged 39mm case and material upgrades (the domed crystal may look vintage but it’s made of high-grade scratch-resistant sapphire crystal), the most salient difference between the old and the new is under the dial. The update is fuelled by TAG Heuer’s own Heuer 02 automatic chronograph calibre, a contemporary invention that delivers an 80-hour power reserve and that comes into view through an exhibition case back. TAG Heuer is making 1,860 of these, each marked ‘One of 1860’. A charming reminder of the Carrera’s mid-century modern roots.