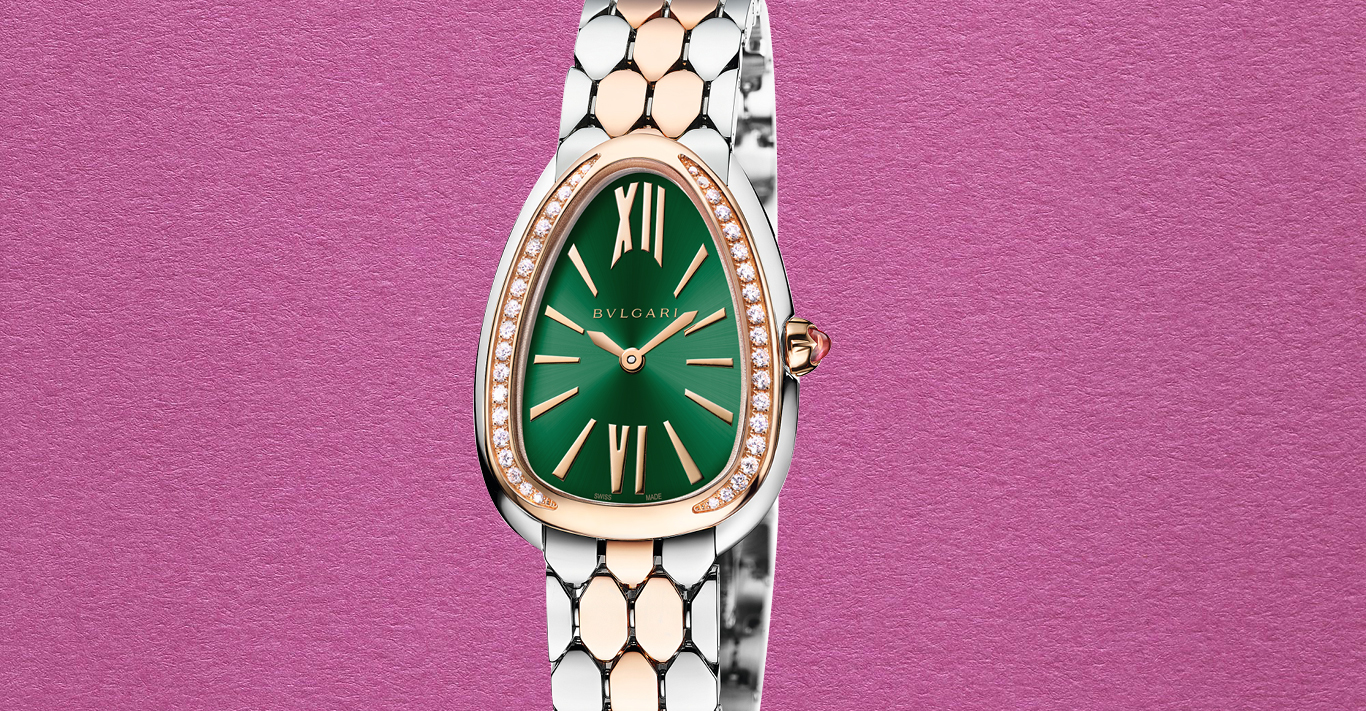 Snakes are dear to the heart of Roman jewellery house Bulgari and have been central to design since the very start of the company. Over the decades, Bulgari has embraced all things serpentine, as the recently opened Bulgari Serpenti Maestria pop-up exhibition in Harrods reveals. Using state-of-the-art digital technology for an experiential destination, visitors can explore the Serpenti universe and its metamorphosis, proving that the brand’s iconic emblem can shed its skin multiple times, and still remain fresh, relevant – and timeless.

Snakes – powerful in provoking anxiety or admiration – have long figured as mythological symbols through many cultures, representing wisdom, eternity, sexual desire, power, and more. Serpents have been a regular jewellery motif throughout civilisations as far back as the Ancient Egyptian Pharaohs, who would wrap serpentine bracelets round their wrists and decorate headdresses with a rearing cobra to signify divine status. Ancient Greece took up the symbolism, and it became associated with the god of medicine – the serpent coiled around a rod became the lasting emblem of physicians, still seen today. Meanwhile, in Rome, they were embraced as tokens of wisdom and everlasting love.

When Sotirios Bulgari, the Greek émigré silversmith, founded his namesake company in 1884 in Rome, he naturally turned to his heritage for inspiration and snakes figured in the jeweller’s design repertoire. The craze for serpent jewellery flourished and in 19th century Britain, even Queen Victoria had an emerald and ruby set engagement ring in the form of a snake.

In the late 1940s, Bulgari developed innovative flexible, almost bouncy, Tubogas bracelets, some with watches, that wrapped around the wrist many times, creating abstract interpretations of the coiled serpent. Refining techniques over the decades, the company experimented with more naturalistic designs, introducing secret watches hiding beneath a snakehead cover. The 1960s saw bold interpretations of the snake with scales, made of plain or engraved metalwork, coloured with vivid enamel, or inlaid with polished hard stones or faceted with gems. In more recent years, the design has become more geometric and stylised, with designs like the Head-Over-Tail style creating elegantly serpentine coils, and the Serpenti Seduttori, introduced two years ago, graphically representing snake skin scales on an elegant, fluid plane for the watch bracelet, certainly seductive.

To mark the Harrods’ exhibition, Bulgari has created the Limited Edition Serpenti Seduttori watch in steel and rose gold with diamond bezel and an intense green lacquered dial to echo Harrods’ symbolic colour. Limited to just 25 pieces, the elegant and sophisticated watch (£10,900) is exclusive to Harrods for the duration of the pop-up, ending 30 July.