As it celebrates its centenary, Gucci has launched a colourful and symbolic collection of technical and innovative timepieces showcasing its debut in-house watch movement 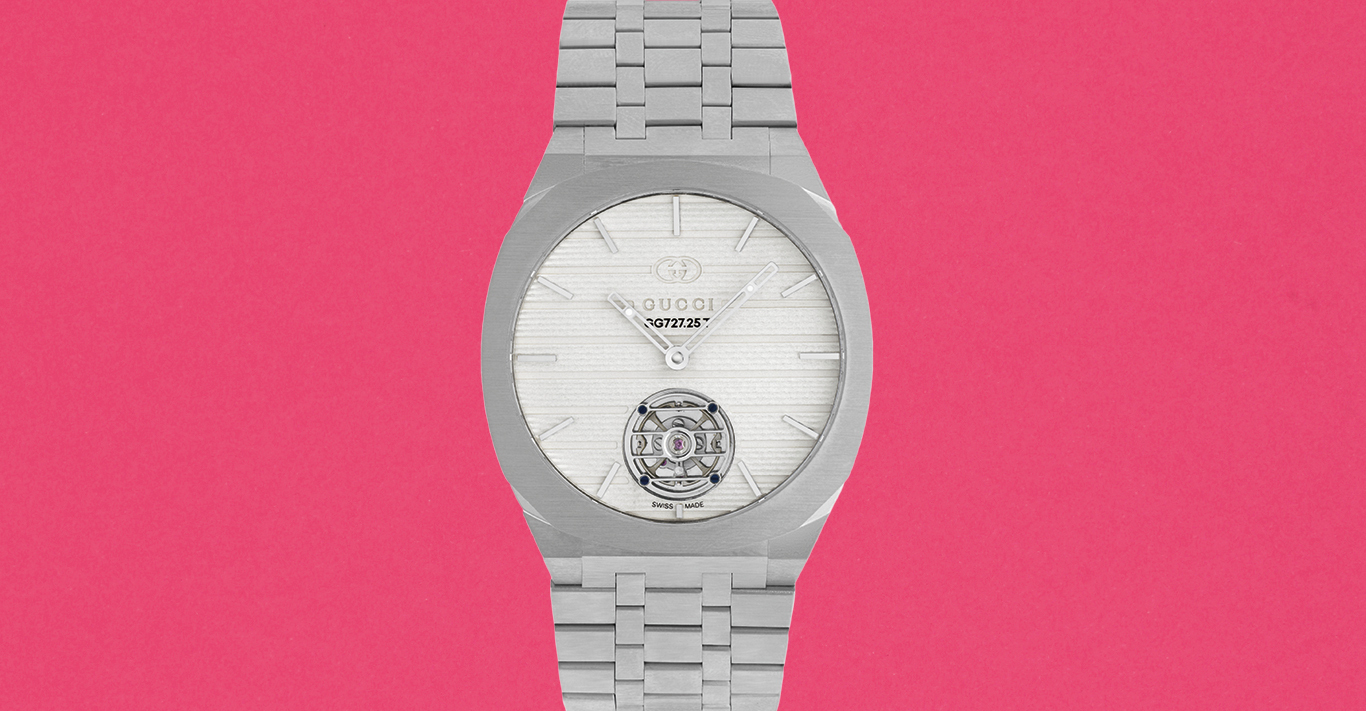 Every year is special for Gucci, but 2021 is even more significant. As innovative and playful as ever, Gucci is celebrating its centenary, still on its mission to redefine luxury in its eclectic, contemporary and Romantic way. Now, the Florentine house has turned its full beam focus on the wrist and is upping its game by entering the world of haute horology with a collection of sleek and sophisticated pieces.

Gucci is no stranger to the watch market, having – as far back as 1972 – been one of the first major fashion brands to develop timepieces as style statements, and remains one of the largest producers of fashion watches globally. Now, almost 50 years on, creative director Alessandro Michele has sprinkled his magic design dust and come up with a singular suite of watches that elevates the offering, both technically and creatively. It’s telling that Michele’s directly involved, as other fashion brands’ top designers don’t necessarily immerse themselves horologically speaking. You can spot the evidence, as his emblematic favourites feature through the new collection: his talismans and enchantment of bees, symbolising love, snakes, representing rebirth, and lions, standing for power and ferocity, are represented in watch form.

They have unassailable Swiss credentials. Each piece is assembled and gems are set at the Kering watch manufacture in the heart of Swiss watchmaking in La Chaux-de-Fonds, while the dials and specialist decorative techniques are crafted in the Gucci-owned Fabbrica Quadranti facility in Besazio, in the Swiss canton of Ticino. The design is developed in Neuchâtel, where Gucci’s watch headquarters is located.

Gucci’s debut in-house movement was developed and produced at La Chaux-de-Fonds. The GG727.25 calibre is self-winding and super slim with a height of just 3.70mm and features in all models of the new collection’s touchstone, Gucci 25H.

This dapper model is the love child of the relationship between innate Italian style and Swiss expertise. Its symbolic name bears a personally talismanic number for Alessandro Michele, which he often features in his Gucci collections.

Adding to the unorthodox Grip range are five high watchmaking varieties, each with a jump hour movement. Expressed on the dial in a curved aperture, the new addition maintains the neat display of the original. Three new 18ct gold Grip models feature hardstone dials, two in yellow gold, one in white gold. Then there’s the Grip entirely created from yellow gold with a brushed gold dial subtly engraved with the Gucci logo and straight bracelet links. Each 18ct gold Grip is set with 48 baguette cut diamonds. Most covetable of the new Grips has to be the Grip Sapphire, a jump hour watch made from sapphire crystal that comes in four colour combos: clear, blue, green and pink.

Michele’s love for natural and spiritual iconography can be spotted more intensively at play with the house’s design motifs in the High Jewellery watch collection, taking Dionysus and Lion Head to exuberant levels. Powered by a quartz movement, each design is crafted with gold and precious stones; highlights include a secret watch concept featuring a roaring lion, while snakes slither their way on to a number of pieces. It’s clear, from the mythical to the unconventional, to the refined and urbane, Gucci’s new high watchmaking is reaching new altitudes.