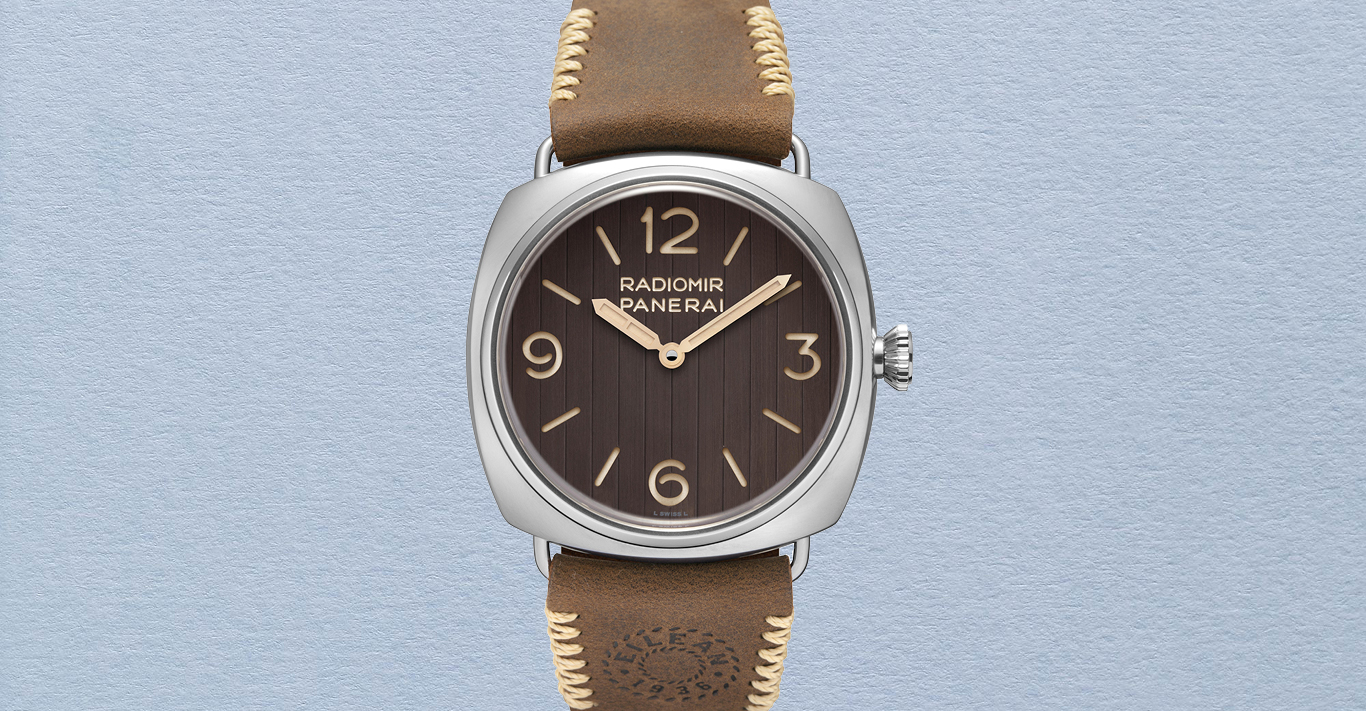 When it comes to classic diving watches, few have a history as rich as Panerai’s Radiomir. The distinctive model took its name from the material patented by Guido Panerai to illuminate dials; an essential feature for the challenging underwater missions these hardy timepieces were created for. Over the decades what started as a technical piece of kit for the Italian Royal Navy has become a much-loved design for everyday wear too, thanks to its bold features and unmistakable look. These include its idiosyncratic cushion-shaped case, large numerals and welded wire lugs, elements of the original that have endured to this day.

But Panerai’s preservation of such iconic designs of the oceans extends beyond its own timepieces. In 1936, the same year the first Radiomir prototype was put to the test, a yacht named the Eilean would also set sail. Designed by preeminent boat builder William Fife III of Scotland’s Fife boatyard, it would take to the seas of Europe and the Caribbean before eventually falling into disrepair. In 2006, Panerai continued its legacy by acquiring the yacht and restoring it to its former glory. In tribute, it has fittingly now created a special take on the Radiomir that draws from the boat’s sophisticated aesthetic.

This is immediately noticeable on the dial, with the teak deck of the Eilean recreated in an intriguing striated and a variegated brown finish. Similarly, the watch strap – made from Tuscan leather – features stitching inspired by lacing found on the sail. A number of other special touches come together to make this a true collector’s piece. These include an inscription that reads ‘Eilean 1936’, matching that of one found on the ship’s boom, while the left-hand side of the case features the dragon emblem that adorns its hull.

The watch is water-resistant to up to 100 metres, with 449 pieces produced per year, coinciding with the sail number of Eilean. And in a final vintage touch, it comes powered by a hand-wound movement, just like the original Radiomir would have been.