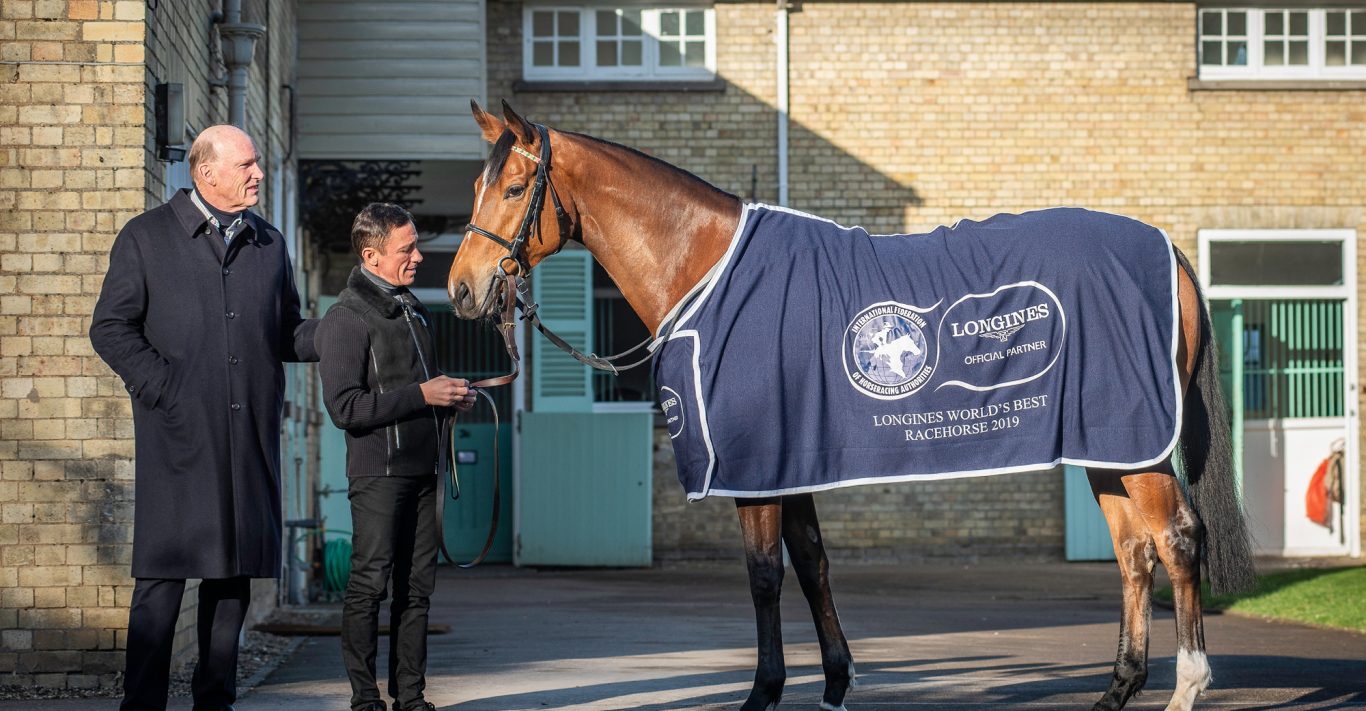 Racehorse trainer John Gosden and jockey Frankie Dettori, here with Enable, explain what it takes to train and ride one of Longines' World's Best Racehorses. Image courtesy of Amy Lanigan

Speed, style and exhilaration are just some of the reasons millions of people around the world flock to watch the spectacle of horse racing each year, and why, since its chronographs were first used to time horse races in the USA in the 1880s, Swiss watchmaker Longines has been associated with the sport.

But Longines’ link to horses dates back even earlier than that, to Saint-Imier in Switzerland, where the brand was founded in 1832. In 1869 it produced its first pocket watches with equestrian-related motifs engraved on them, inspired by working farm horses in the surrounding area.

‘The core values of Longines are simplicity, elegance, tradition and performance,’ explains Longines’ vice president of marketing Matthieu Baumgartner. ‘We share these common values with horse racing. There are longstanding traditions behind many horse races such as Ascot, where the role of Longines is to provide official timekeeping. But it’s also a social event that people like to dress up for as part of the experience, it’s not just about watching the race.’

The Longines team is constantly working to innovate the timekeeping process with new technology, and Longines has been implementing its new tracking system at the world’s most prominent horse races for over a year now, providing a state-of-the-art service for tracking the positions of horses throughout the race. The Longines chronometers at the finish line also record the official race finish time.

Having won over 3,000 races in the Americas, Europe, the Middle East, Asia and Australia, racehorse trainer Gosden knows a thing or two about how to prepare a champion for the world’s most highly-anticipated races. His father was a racehorse trainer, so he grew up with racehorses, and after graduating from Cambridge University, he became an assistant to trainer Sir Noel Murless, then Vincent O’Brien before starting to train for himself in California. He currently trains at Clarehaven Stables in Newmarket.

Now six years old, Enable arrived with Gosden for training as a two year old. She won some races as a two year old, then had a phenomenal season as a three year old, and as a four year old she came back to win despite sustaining an injury. Gosden describes her as, ‘Tall, powerful, proud and a natural athlete with enormous mental strength. It doesn’t matter if you’re a tennis player, football player or any type of athlete – fitness is important but winning is down to the power of the mind. Enable loves her training and her racing; she’s very competitive.’

For Gosden, working with racehorses is about appreciating the beauty and elegance of the horse, not just about going to a race and coming home. ‘It’s about seeing the horse train in the mornings, getting to know the people who work with them, and getting to know the horses’ unique characters and personalities,’ he says. ‘They all express themselves in their own way.’

When it comes to choosing a jockey, Gosden explains they not only have be great riders but must also have a great feel and sensitivity for horses, as it’s not brute force but artistry that is needed to judge the pace of the race, to know where to be at what time. He describes how Enable’s jockey, Frankie Dettori, rides very lightly with incredible balance, and doesn’t get overwhelmed by the big occasion.

‘When I get on a horse I try to get inside its brain,’ Dettori explains. ‘I approach each horse like a blank canvas – first of all I get a feel for its body size, its demeanor and then its brain, and I try to get it all together.’

Few jockeys become household names, but after riding all seven winners at Ascot in 1996, Dettori was catapulted into sporting stardom. His father was a jockey, and after his exams, aged 14, he came to England to be an apprentice jockey, where he really stood out from his peers.

On the topic of timekeeping, Dettori’s experience enables him to get a feel for pacing and how fast the horse is going when he’s galloping, despite not wearing a watch while he’s racing. Thankfully, Longines is always on hand to keep track of time when the milliseconds count. 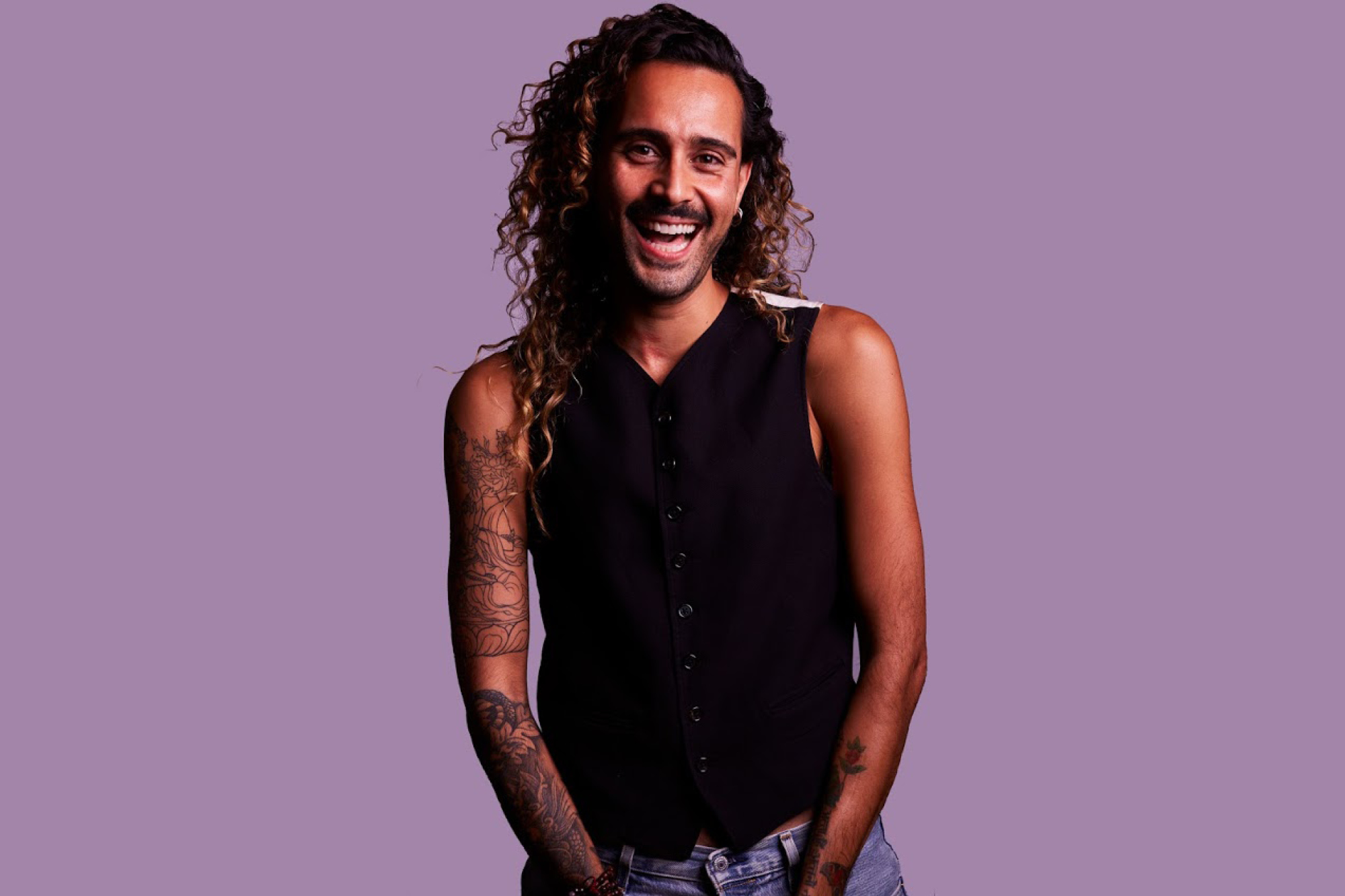 Ahead of hosting a wellness retreat with Balance Holidays in Ibiza in July, the spiritual guide and wellness practitioner talks to Brummell about the importance of breath, the Sah Method and creating a space for everyone in the wellness industry 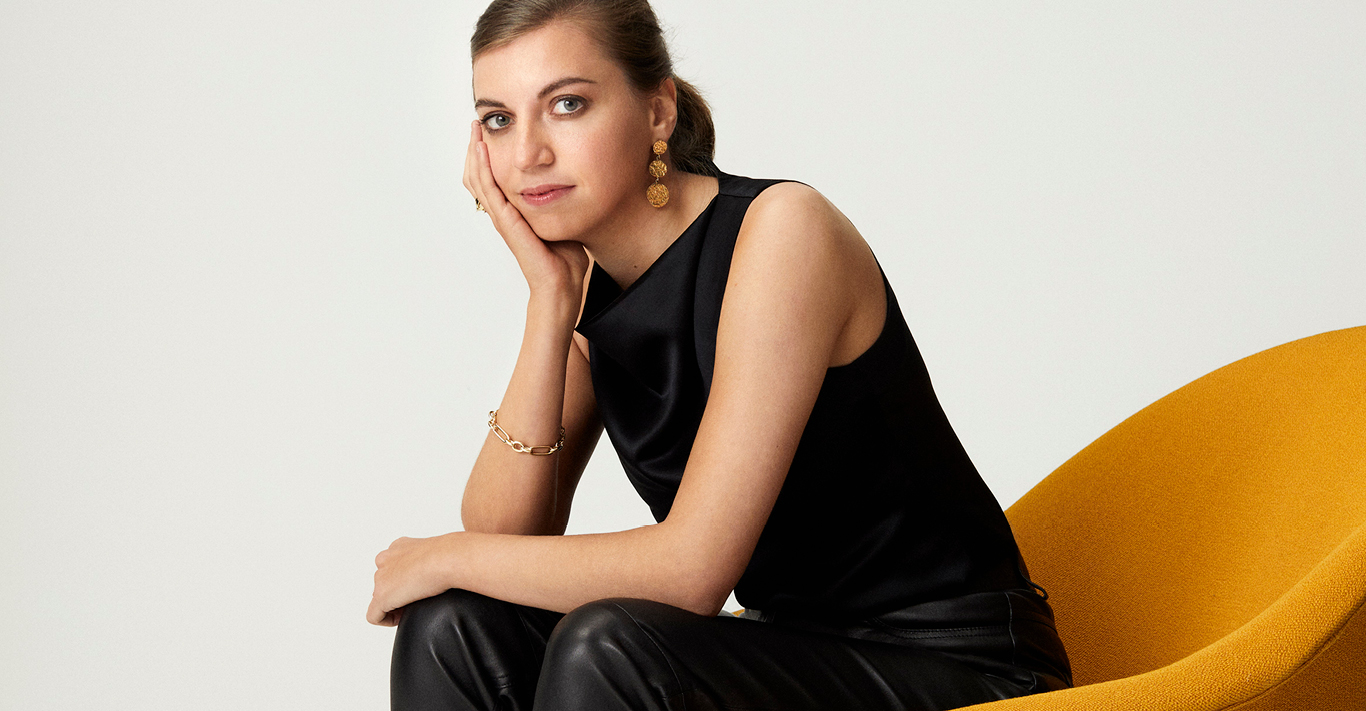