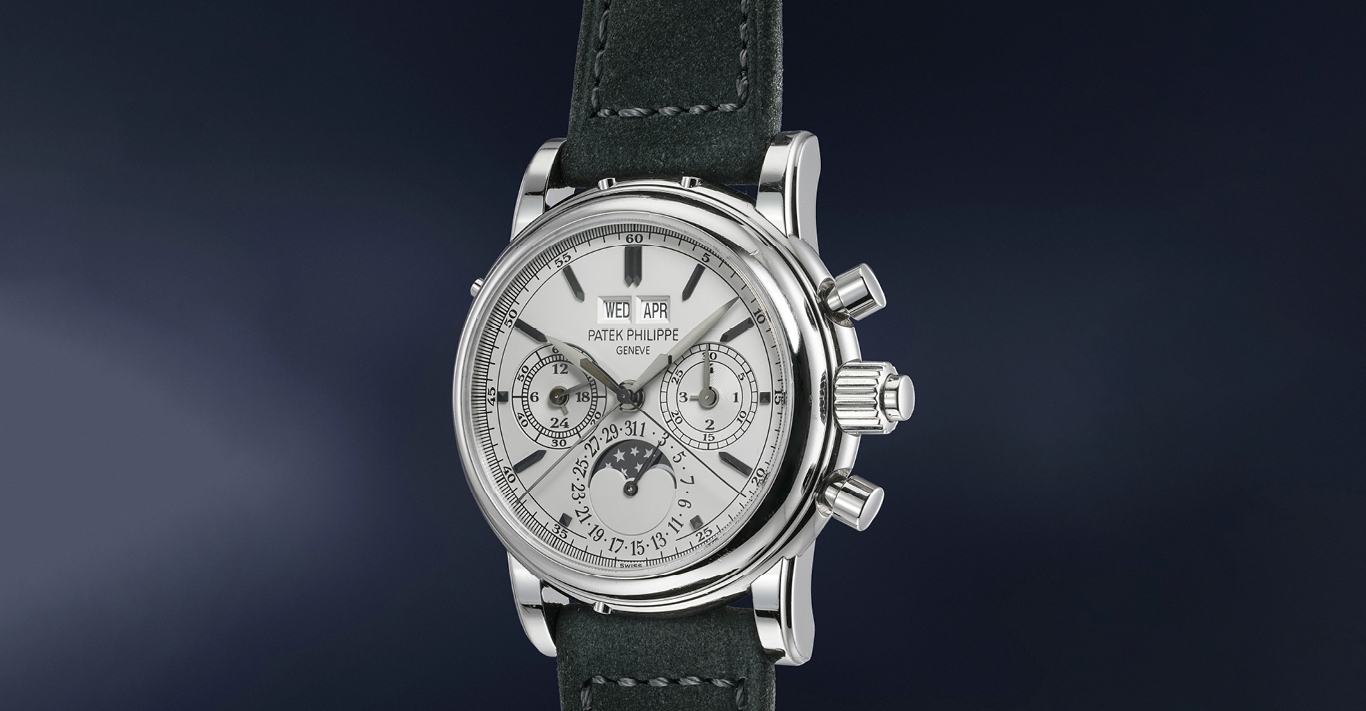 Patek Philippe collectors will be marking the diary for 8-9 May as Phillips continues to reveal its all-star lineup for The Geneva Watch Auction: XIII. It sees the auction house present several rare and once-in-a-lifetime pieces from the esteemed watchmaker, along with a host of covetable models from other top names.

Leading the charge is one of the earliest-made and previously unknown Patek Philippe yellow-gold reference 2523, featuring a stunning cloisonné enamel dial depicting the Eurasian landmass, which is estimated to reach in excess of SFr 3.5 million. It’s one of 11 reference 2523 known with cloisonné enamel dials, of which only three feature the European and Asian continents. One remains in the Patek Philippe museum and the other in a prominent private collection, and it has been close to two decades since the last example appeared on the market.

It is joined by a full set of four Patek Philippe Reference 2499 (1st, 2nd, 3rd and 4th series). While each individually is an event when they are up for auction, particularly the 1st and 2nd series models, it is especially unusual to see all four appear at the same time. They are in good company, joined by another rare piece from the company, a stainless steel split-seconds perpetual calendar wristwatch, reference 5004, offered without reserve (SFr 200,000 – 400,000). It is said that only 50 were ever made, reserved only for Patek Philippe’s top clients, with only six since turning up on the auction market.

Further highlights include a number of rarely seen Rolexes. Among them is a stainless-steel reference 6036, originally sold by Joyeria Riviera and featuring the retailer’s stamp on the dial (SFr 150,000 – 250,000), along with a reference 1831 automatic platinum Day-Date that is fitted in an OysterQuartz case (SFr 140,000 – 280,000), thought to have been manufactured in 1977 exclusively for the Shah of Iran and gifted to his most distinguished dignitaries. Other offerings from big brands include a comprehensive collection of notable examples of Audemars Piguet’s iconic Royal Oak, and the high-tech Richard Mille RM022 Tourbillon Aerodyne Dual Time Red-White-Blue Limited Edition (SFr 250,000 – 500,000).

Independent watchmaking is also well represented. All eyes will be on the Harry Winston Opus One, a platinum tourbillon complication made in collaboration with F.P. Journe, carrying an estimate of SFr 150,000 – 300,000. Meanwhile showing up for the first time at auction is a Series 1 “Theo Fennel” in white gold (SFr 40,000 – 80,000) by renowned British watchmaker Roger Smith.