Frédérique Constant debuts its innovative, high-frequency movement in a classic and sophisticated design 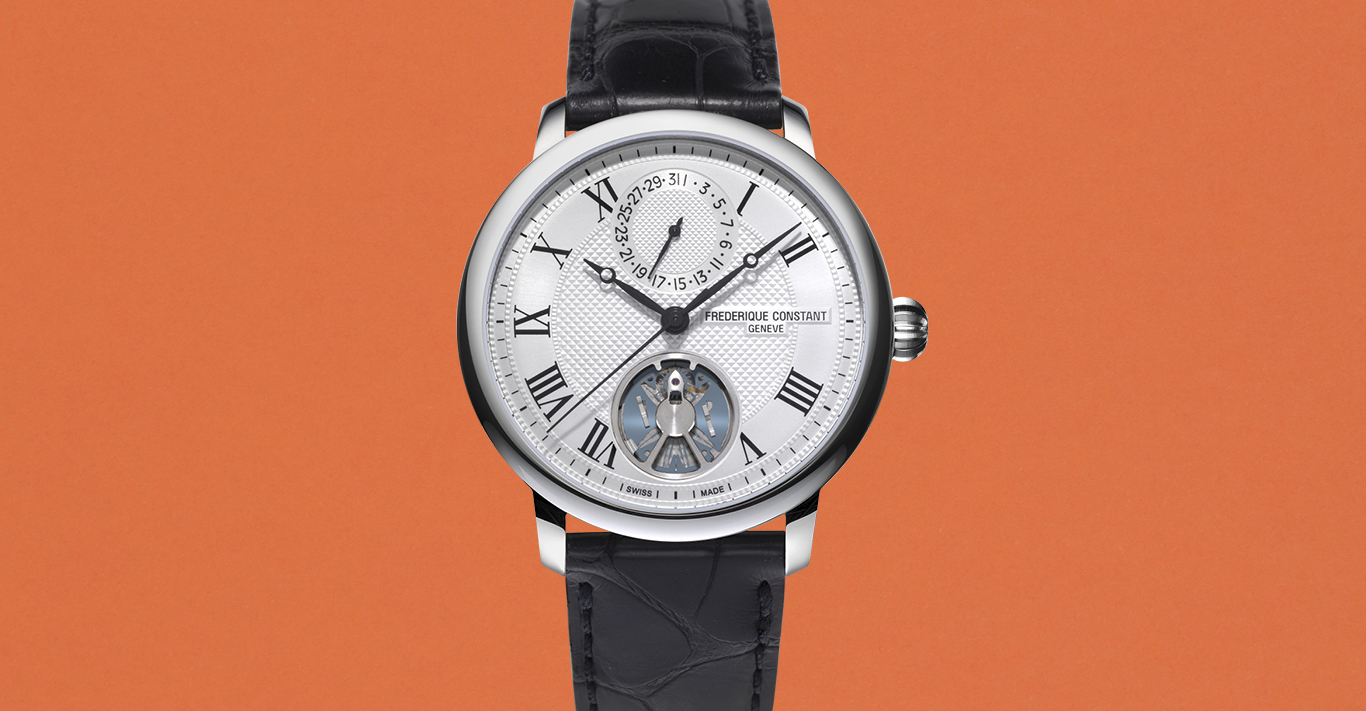 While the watchmaking industry is constantly making strides in research and development of new mechanisms and materials, many of the fundamentals of mechanical timekeeping have remained virtually unchanged for centuries. A new movement from Frédérique Constant is challenging these traditional notions, replacing the concept of a sprung balance wheel with a single-piece silicon oscillator that delivers an impressively high 40Hz frequency. It makes its debut in an ultra-precise watch that ticks 10 times faster than most other timepieces on the market, at a pace of 288,000 vibrations per hour.

The calibre makes use of innovations in flexible mechanisms, which harness the elastic properties of certain materials such as silicon to create compact and precise single-piece components that can replace more cumbersome assembled mechanical parts. Here, the standard 26 components are instead formed as a single piece fitted with two regulation weights. Thanks to its clever engineering, it has a svelte size and operates not only at a high-speed frequency but offers a substantial 80-hour power reserve.

Further adding to its accuracy, the oscillator is made of monocrystalline silicon. As well as being 100 per cent antimagnetic, it is resilient to oscillations in temperature while simultaneously being lightweight. Crucially, the material doesn’t require lubrication, enhancing its long-term reliability and performance. To account for the speed of the regulator, Frédérique Constant’s watchmakers have developed a new base movement, the automatic calibre FC-810.

It makes its debut in the Slimline Monolithic Manufacture, limited to 810 pieces. This sophisticated design follows the classic and refined aesthetic for which Frédérique Constant is known, its dial adorned with a traditional guilloché hobnail pattern and printed Roman numbers. The oscillator is displayed to full effect through the aperture at 6 o’clock, while the decorated movement can be admired through the exhibition caseback.