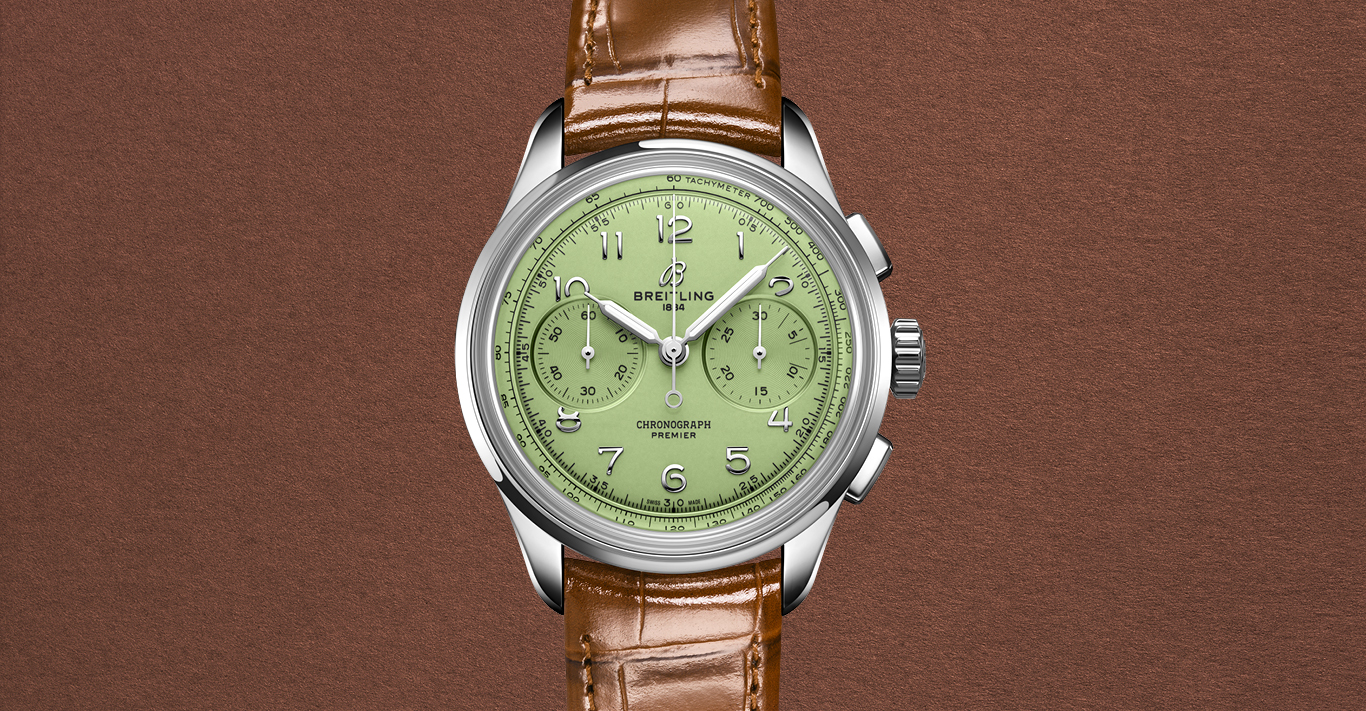 Watchmaking is an industry steeped in tradition and heritage, with inventions dating back decades, and even centuries, continuing to play an integral role in modern timekeeping. But while many brands play up their past, few have archives as rich, and a generational legacy as strong, as Breitling.

A new collection celebrates the pioneering individuals in its history that have shaped the watchmaker into the one it is today, a company that continues to push forward with its new creations and business practices while keeping a deep respect for the principles of precision, reliability and the iconic designs that have made it an enduring favourite.

In particular, the launch of the Premier Heritage Collection pays tribute to three key figures, and the innovations they left behind. It all began with Léon Breitling, who founded the company in 1884, and who went on to patent a simple timer/tachymeter that could measure any speed between 15 and 150 km/h. His son, Gaston, similarly made his mark when he dreamed up one of the first wrist-worn chronographs in 1915, featuring a practical independent pusher at 2 o’clock that separated out the stop, start and reset functions from the crown. The patenting of a second independent chronograph pusher at 4 o’clock was the work of Léon’s grandson, Willy, who also famously created the Huit Aviation Department in 1938, which focused on making some of the highest quality pilot’s watches on the market.

For a fitting celebration of the trio, it has turned its attention to one of its most classic and sophisticated men’s collections, the Premier, which has its origins in the 1940s. These unmistakably vintage-influenced designs come in three different models. The Premier Heritage Chronograph delivers on pared-back, elegant style, equipped with the Breitling Manufacture Caliber B09, a manual-wind movement just like its predecessors. It comes in a stately silver-dialled version with a red-gold case, along with a more contemporary companion in pistachio green and stainless steel.

The Premier Heritage Duograph, available with a blue or black dial, features a rattrapante function, its two chronograph hands allowing the wearer to measure two elapsed times simultaneously, powered by the Breitling Manufacture Caliber B15. Meanwhile, the Premier Heritage Datora incorporates day, date, and moonphase displays into its well-balanced design, presented in a silver-coloured model with red-gold case and a copper dial version with stainless steel.