Bulgari’s history of breaking records continues, with the latest iteration of its Octo Finissimo Automatic being the thinnest self-winder yet 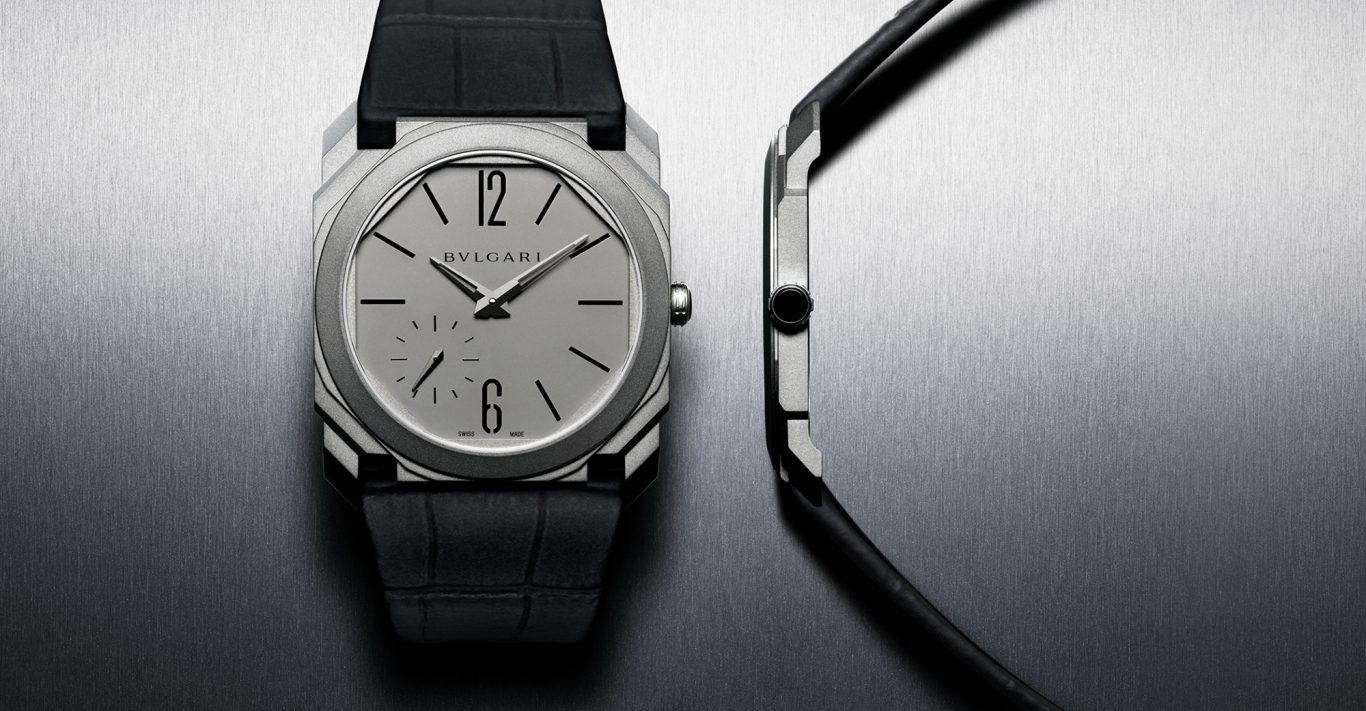 Occasionally, thin is bad. Thin hair, thin gruel, a thin storyline, a thin margin of victory in a bitter and divisive presidential election. More often, though, thin is good. Thin is how we like our plasma screens, the truffle shavings on our risotto, and, it seems, our mechanical watches.

The exceptional slenderness of Bulgari’s new Octo Finissimo Automatic was greeted with gasps of delight when it was launched at this year’s Baselworld watch fair. Its 2.23mm movement is, for now at least, the thinnest self-winding movement on the market. The entire watch is the merest slip of a thing, 5.15mm from caseback to crystal. You could stack three Octo Finissimo Automatics on top of each other and that little horological high-rise would still be shorter than a single Swiss Military diving watch.

The Octo Finissimo Automatic is attractive – thin and spare, to be sure, but not peculiarly or perversely so, and with a severe yet pleasing geometry.

Ever-increasing engineering expertise, together with the availability of new materials and technologies have seen, over the centuries, a gradual shrinking of mechanical timekeeping devices. Thin watches go in and out of fashion. Right now, perhaps as a reaction against the often comically large case sizes that men’s watches reached in recent years, thin is very much in. The Octo Finissimo Automatic was the third watch by Bulgari to break a thinness record in the past four years, following its tourbillon and minute-repeating counterparts in the Octo range. Other brands have broken related records in the same period, notably Piaget, with the time-only Altiplano 900P and the 883P Chronograph; Jaeger-LeCoultre with the Master Ultra-Thin Perpetual Calendar; Vacheron Constantin, with its Patrimony Ultra-Thin Minute Repeater; Breguet, with its Classique Tourbillon Extra-Plat; and Parmigiani, with its Tonda 1950 Tourbillon.

Such extreme thinness is a powerful statement of technical mastery. Along with certain grand complications, it’s the sort of thing that only a very high-end, vertically integrated watchmaker can do – executing its own design, using components it has made itself.

Just as tricky is creating something that doesn’t appear a bit wan and undernourished. This is the real achievement of the Octo Finissimo Automatic. It is attractive – thin and spare, to be sure, but not peculiarly or perversely so, and with a severe yet pleasing geometry.

Fabrizio Buonamassa, head of watch design for Bulgari, came to the brand from the automotive industry. This wasn’t as much of a leap as you might expect. The principles are ultimately the same for all well-designed objects, big or small, he says. He explains that, unlike most Swiss brands, the starting point for Bulgari is not the movement. ‘For us, the movement of a watch is of course tremendously important, but the aesthetics are equally important. There are certain other famous brands that always use a round movement, for example – and never anything else. They make the indexes, the hands, the black dial, the case, and create each shape around the movement. When you see a Bulgari watch, by contrast, you don’t only see the movement, you see a completely different aesthetic for the dial, for the indexes, for the strap or bracelet, the surfaces, not to mention the utterly distinctive Bulgari sense of proportion, of finishing and embellishment. In short, the entire approach is different – very sculptural, very Italian, very Bulgari.’

Would it be reasonable, then, to think of a Bulgari watch as a sort of hybrid of Italian culture and Swiss technology? ‘Exactly,’ Buonamassa says. ‘It’s a marriage across the Alps.’ I couldn’t help wondering how the offspring of such a union might turn out. For now, the Octo Finissimo Automatic will do nicely. 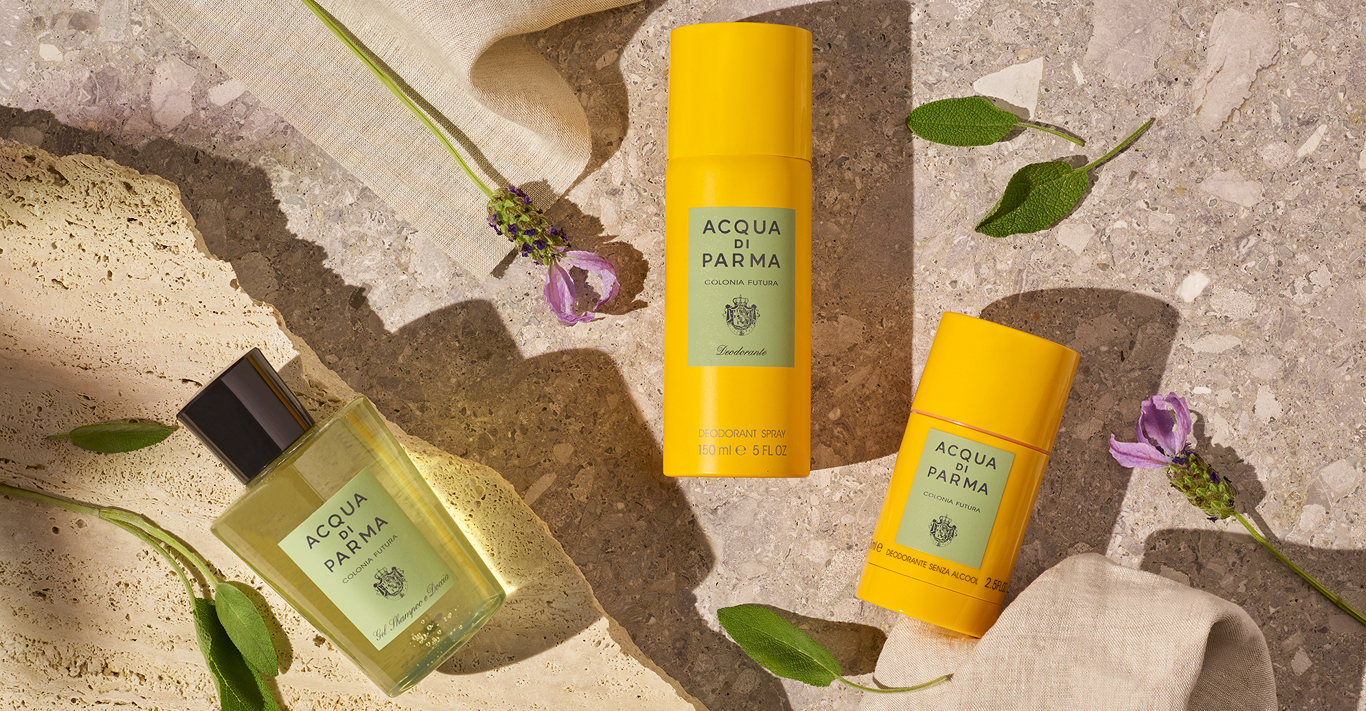 Change is in the air: Acqua di Parma Colonia Futura

With its sustainable new scent, the historic perfumer hopes to safeguard Italian tradition for future generations 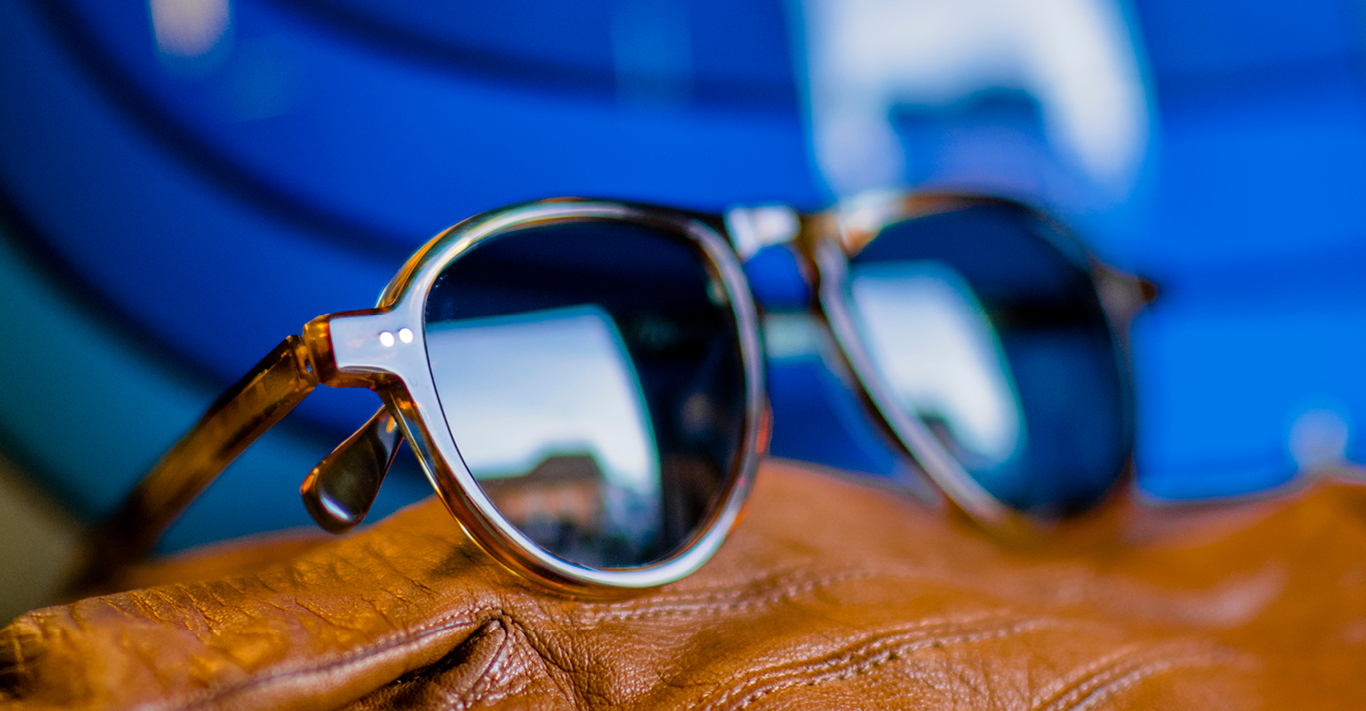