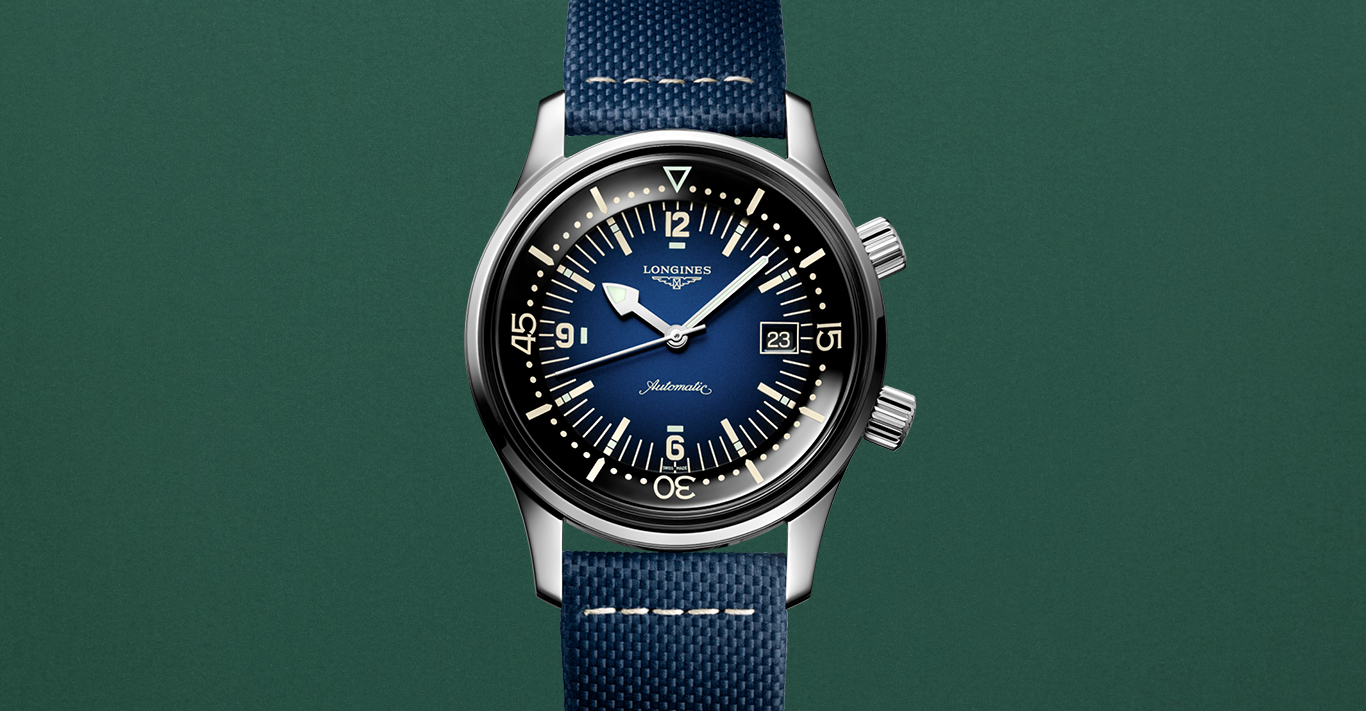 Longines, with its famous winged logo, has long been renowned for its pilot’s watches. However, the historic watchmaker also has a rich past in creating sturdy and reliable timepieces for underwater adventures. Its expertise dates back to the 1930s, when it created a case with water-resistant push-pieces for its renowned 137N calibre, spearheading a number of developments. As recreational diving continued to gain popularity, it launched its first civil diving watch in 1958, joined by a number of similar watches in the following decade known for both their technical performance and handsome aesthetic.

These classic designs provided the inspiration behind the Legend Diver Watch, now available in two new sophisticated shades of blue and brown. The model was first released in 2007, retaining a strong vintage feel while updating its timekeeping for the modern day. These heritage-influenced details come through in a clean, clear dial and the Arabic numerals in SuperLuminova, ensuring optimal legibility in all conditions. And, as on the original, the caseback is embossed with an emblem of a diver.

The Legend Diver Watch is powered by an automatic movement equipped with a silicon spring-balance for improved precision, made exclusively for Longines. Meanwhile, it more than ready for taking a dip in the sea with water resistance to 300 metres, enhanced by the screw-in crowns and screw-down caseback.