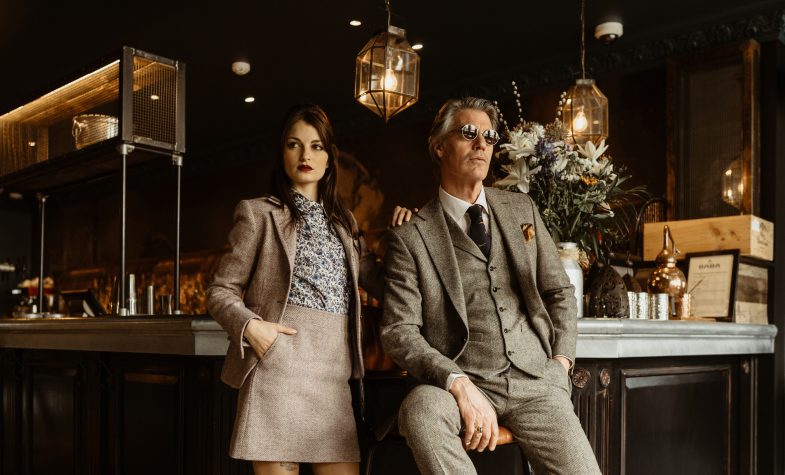 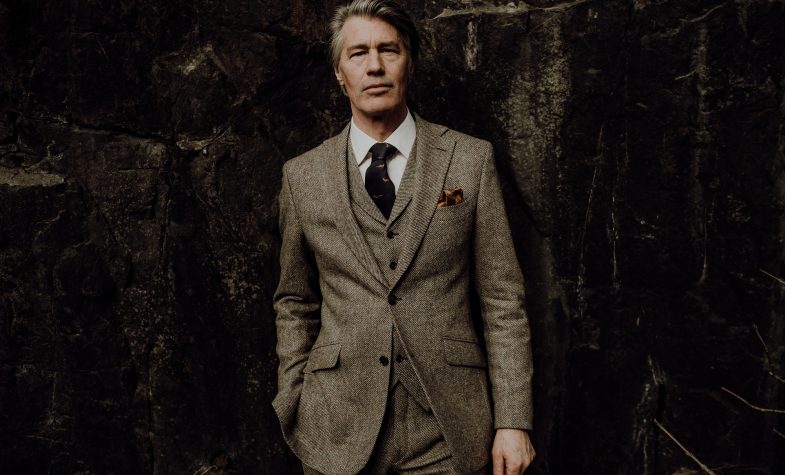 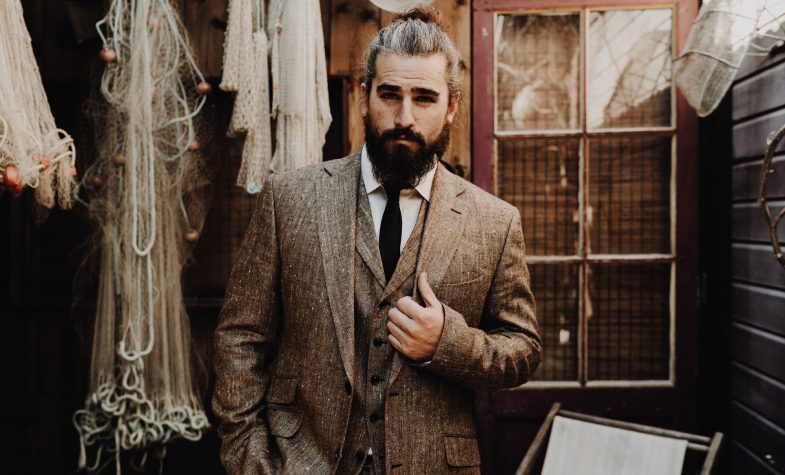 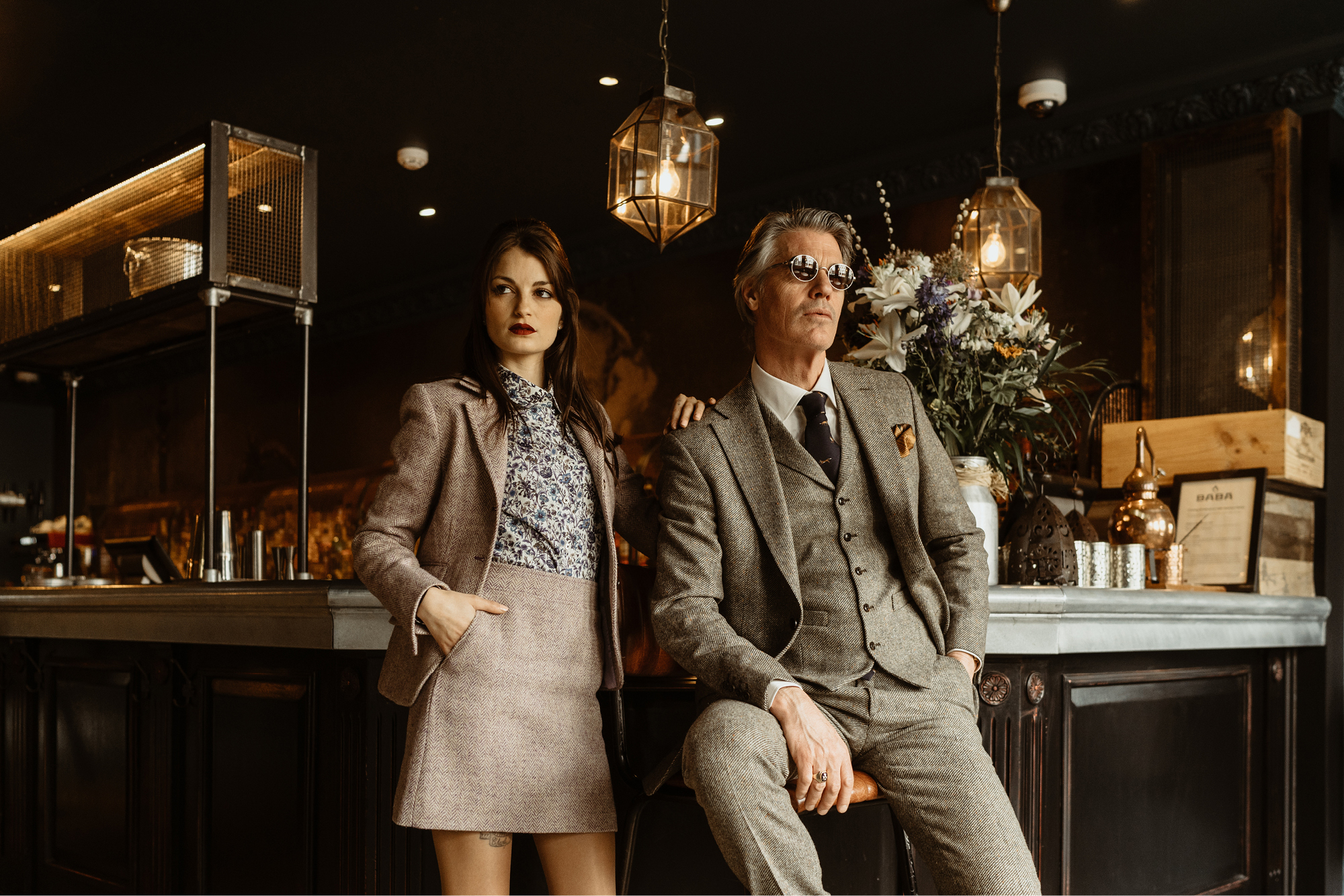 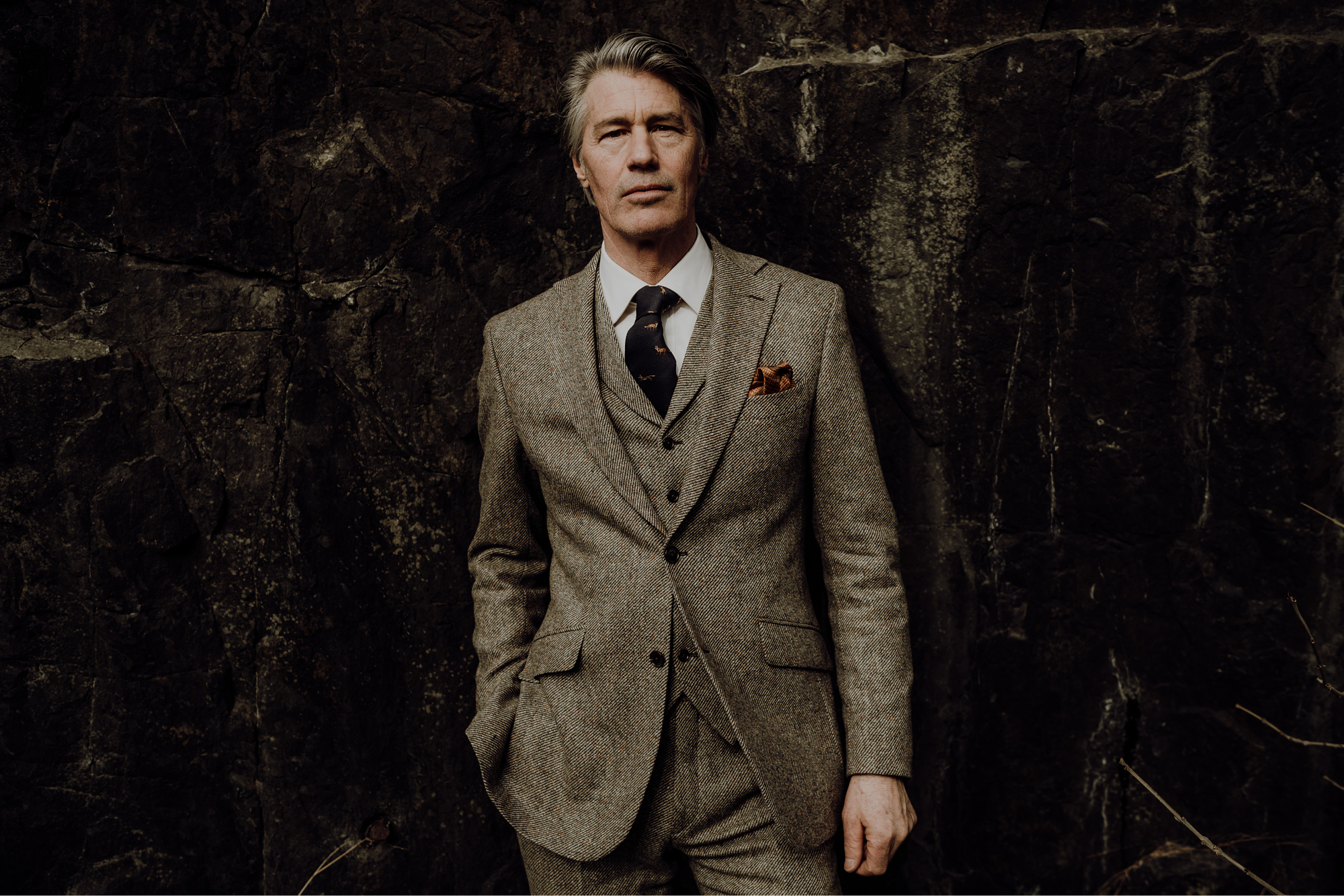 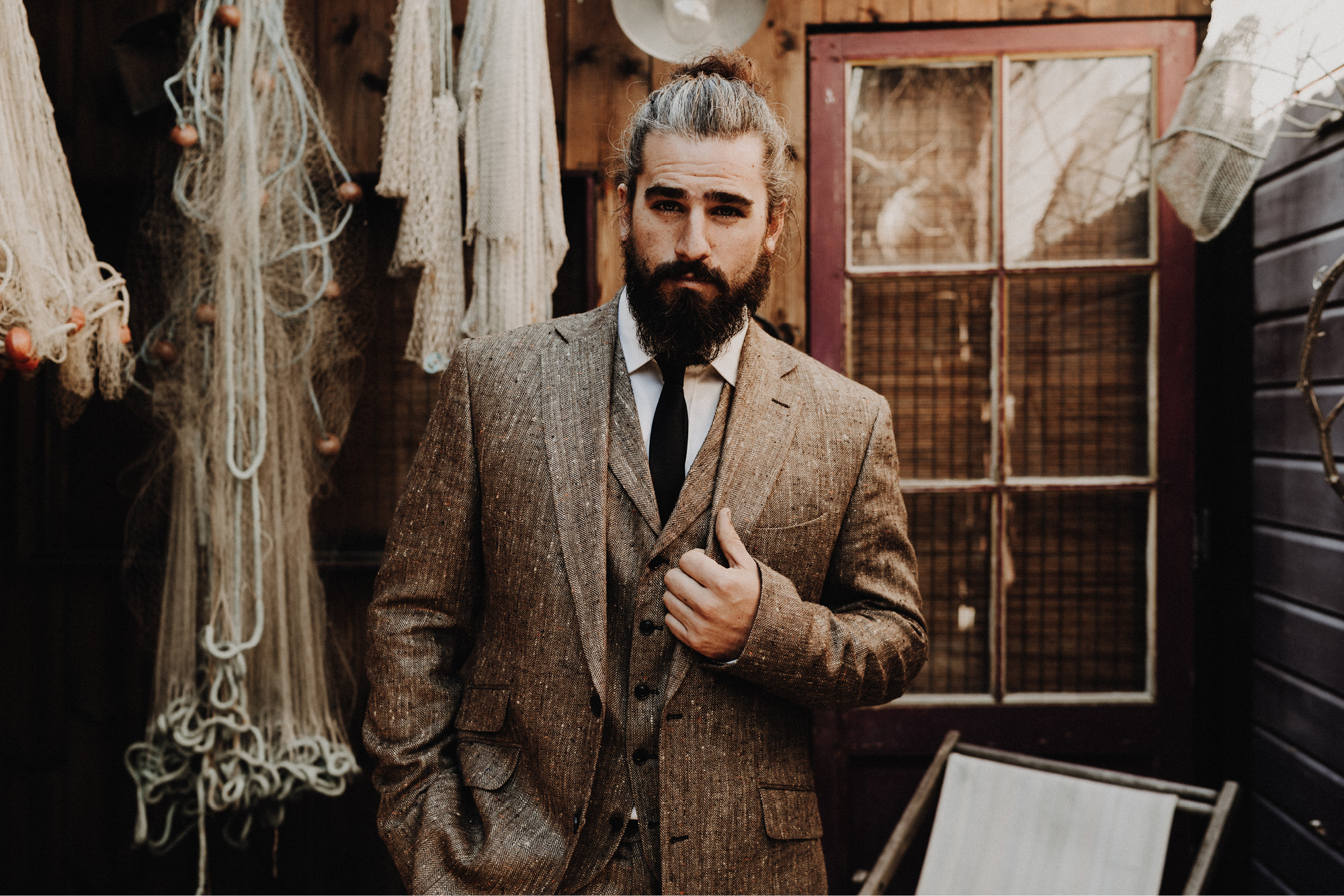 Can you introduce us to Walker Slater as a brand?

We are a contemporary tweed specialist and tailors for ladies and gentlemen. We design and make clothing and then we retail them at our own stores. We started the business in 1989 and since then we’ve grown to have three stores in London and three in Scotland.

Walker Slater started in the Highlands of Scotland so the colours and textures of the highlands were very much involved in the look and feel of the clothing. Our idea is to try and keep our clothing fairly simple, without making it too deconstructed, and to take away some of the faff. We want to make tweed elegant in a way that is easy to wear and appeals to people. To use the textures and colours tweed offers, but without making it too fussy or too loud. We like to remain understated.

What do you think makes tweed special as a material?

Tweed is very versatile. Actually, in the old days, it wasn’t, it was too heavy and a bit itchy. And the colours were a bit sludgy. We always planned to use it in suiting and in particular, in lightweight suiting. Walker Slater has developed new tweeds with weavers that are lighter weight and far more versatile. And we make clothes that are relevant to today and approachable, rather than looking like something constrained by being made for shooting on an estate.

You work a lot with Harris Tweed, what sets it apart?

The clue is in the name, it was to be woven and finished on the island. You can’t have an engine running the loom so it’s got to be hand-woven or, in fact, pedal power is the way most weavers do it. Harris tweed is governed by an act of parliament, which makes it very unique. In 1993, the Harris Tweed Act was passed to protect the material in terms of quality and authenticity. The tweed is very identifiable as well – you can really tell the difference between Harris Tweed and Borders or other tweeds. The texture and weight are different. And now they make super fine tweed, which is a lot less heavy than the old traditional weights. The featherweight, in fact, is the most popular with our customers.

Have you fostered a special relationship with the Harris Tweed producers?

Yes, and we have worked with them for a long time. In the early days it was hard because there weren’t many weavers and the demand was low. People dropped out of the industry. And it’s a finite resource, there are only so many people that can weave and as such there’s only so much tweed that can be produced. It was hard trying to get people back in involved in weaving and the production happening. Now Harris Tweed is being made into much more contemporary and well-fitted garments, which have a use and relevance in today’s world.

Who is the Walker Slater customer and how has that changed since 1989?

When we first started making clothing, the tweed clothing in particular, our customer was quite a traditional person but since then it’s changed. People have realised that tweed is something to be discovered. There’s a much younger element to tweed, it has become popular for dressing for work and it’s also very relevant for special occasions. For weddings, as they mostly take place in summer, we like to pair tweed with linen or cotton and that’s a very pertinent look.

At Walker Slater you enter into a lot of partnerships with other brands and institutions, is the idea of collaboration important to you?

As long as our values are in the same area, there’s a lot to be said for it. Our partnership with the Ryder Cup had such an energy to it and it was fantastic to work with a major sporting event. Since then we’ve also started working with the Scottish national football team and rugby team. We also developed the official University of Edinburgh tweed, which they use rather like their tartan. Working with a university wasn’t an option I ever thought of before. There’s a lot going on that you wouldn’t necessarily think of and that’s part of the attraction, it’s slightly unexpected sometimes.

What would be your summer wardrobe picks from the Walker Slater collection?

The Messrs is a really lovely collection with a slightly younger design aesthetic.

We make some beautiful unstructured suiting without too much canvassing and trousers that are loose but nowhere near flappy at the bottom. It looks good and is especially relevant especially in summer. Knitted linen is also something that personally I’m a big fan of. It works well in a T-shirt or granddad shirt and it’s very cool to wear.

What are your ambitions for the future of Walker Slater?

I think just to gently grow the brand but without being too commercial. Not over-making products. You can end up with too many lines and I don’t want to do that.

Who is your style icon?

Probably Indiana Jones – the professorial, university look is very much what we do. He’s a professor, but still a man of action. I would say the chameleons too – characters like David Bowie and Miles Davis.

And finally, what’s the best piece of advice you’ve ever received?

Sell your sausages before you make them – I like it because of humour and it’s rather old fashioned. ‘Behaviour that gets rewarded, gets repeated’ is another expression that I like. 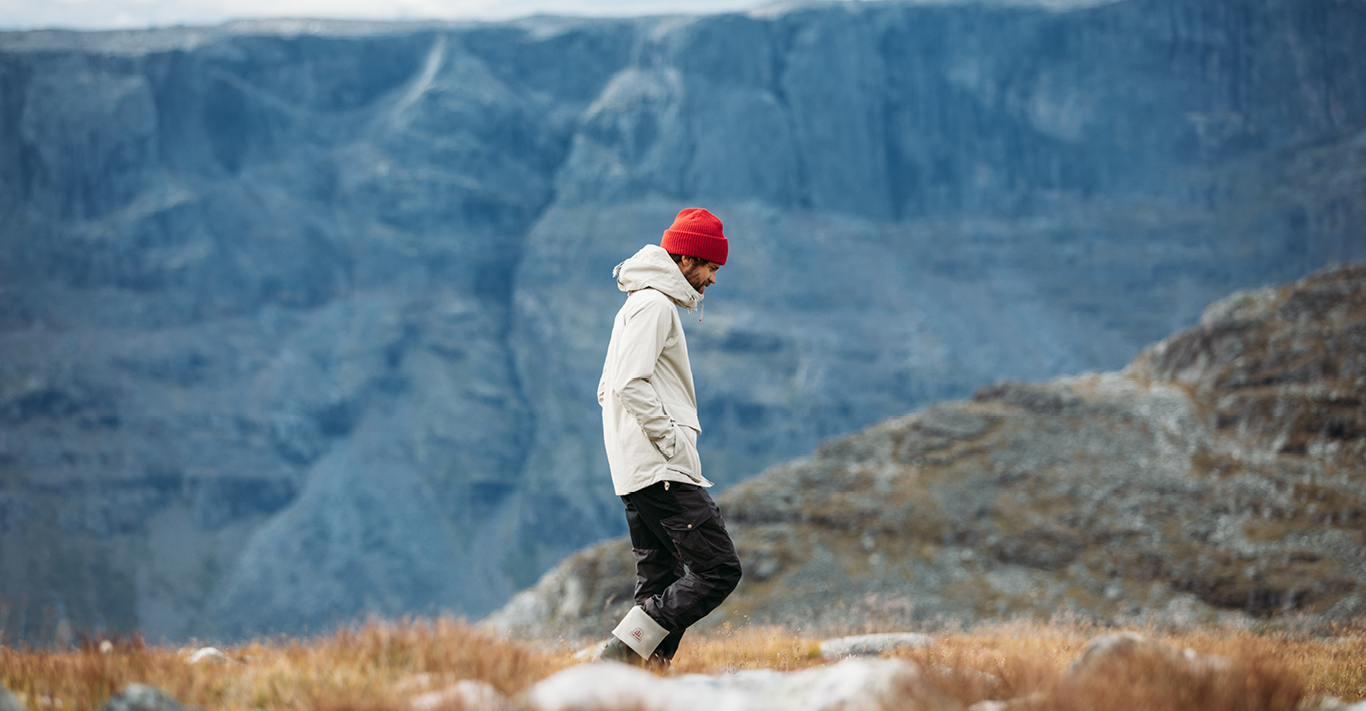 Whatever the weather: Tretorn

The storied Swedish sneaker and outerwear company may be the choice of royalty but has never stopped innovating, says brand spokesperson Filip Weibull-Göransson 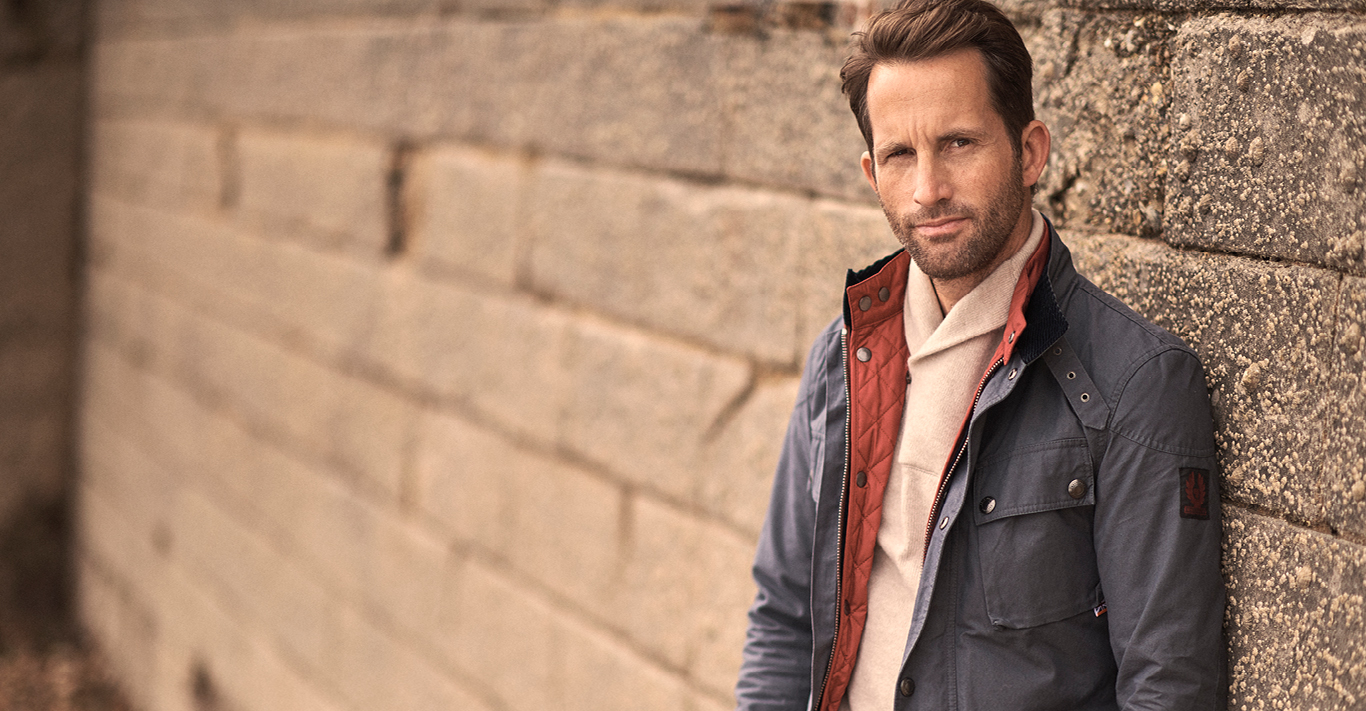 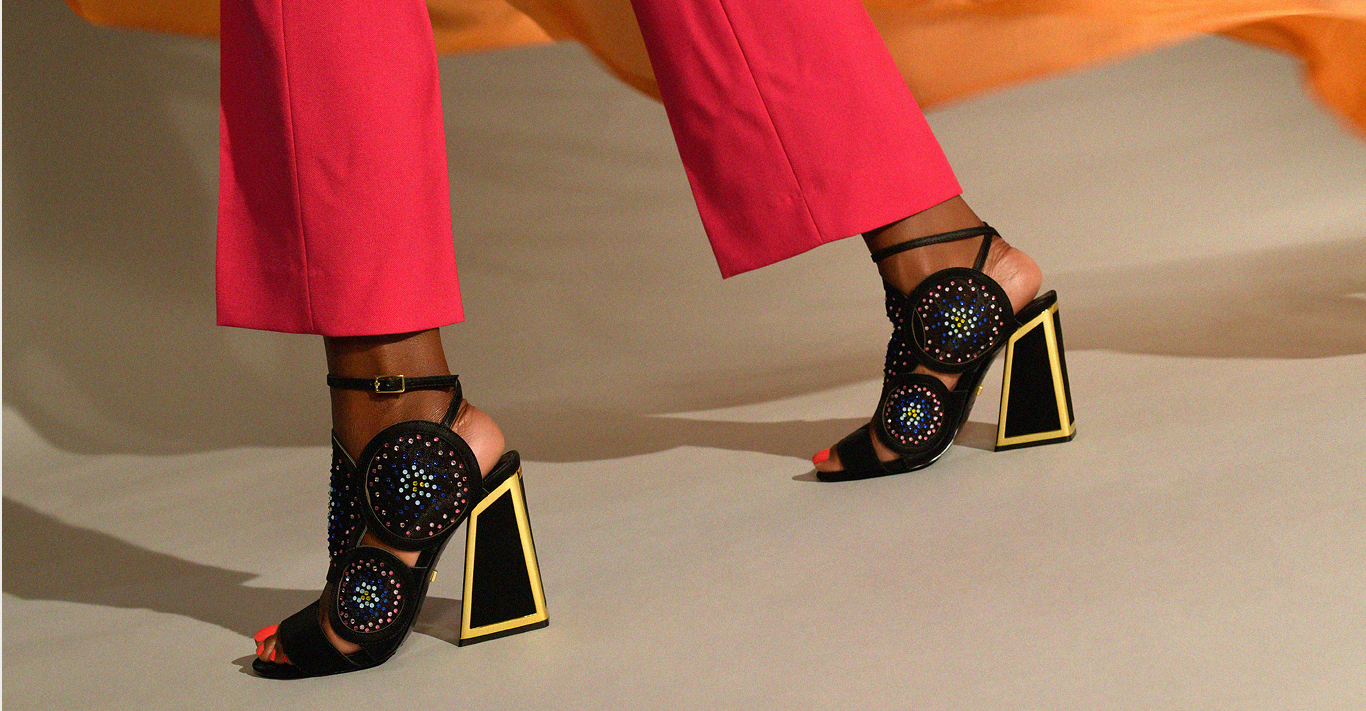