From running away from home to forging a career in finance at one of the UK’s biggest banks, Sabrina Boanu-Williams MBE explains how she turned her life around and how she is helping others to do the same 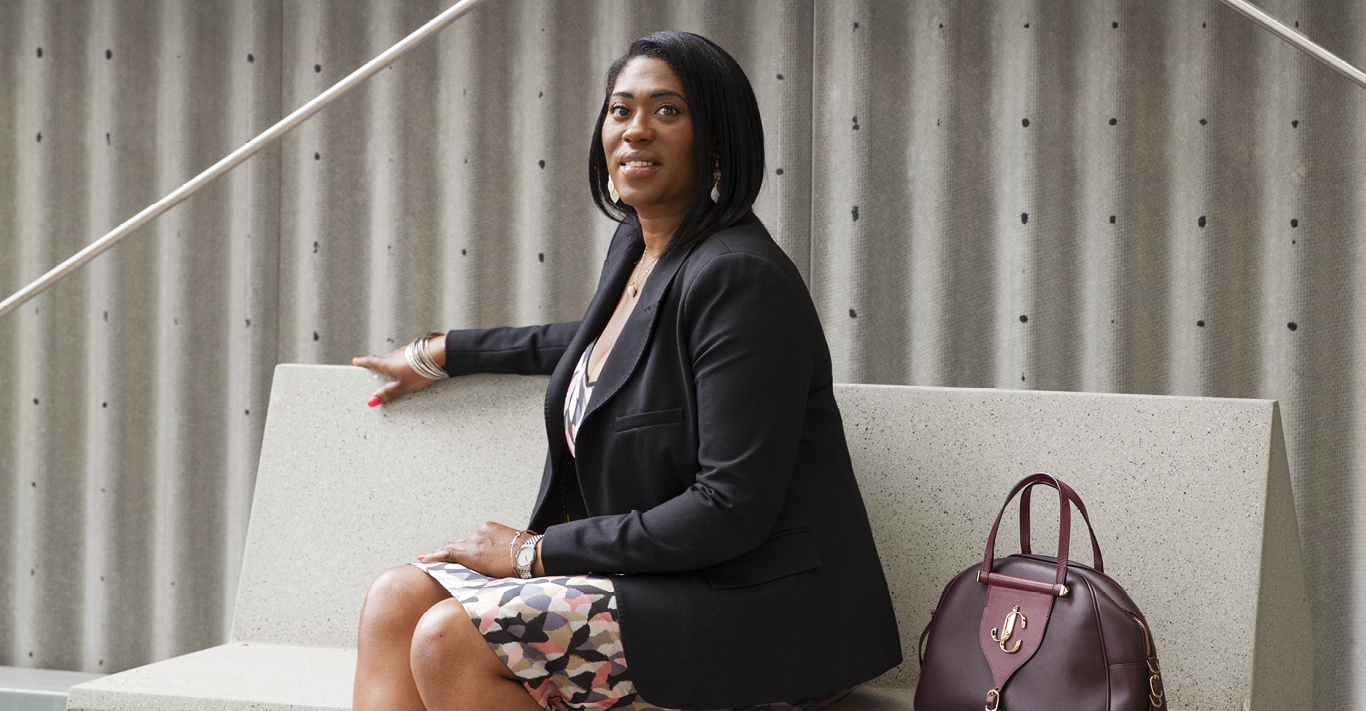 AS TOLD TO
Jemima Wilson

Tell me a bit about your background and how you started your career?

Born in London to Jamaican parents, I was brought up in a strong and loving Christian family with two brothers. I enjoyed my childhood, however, I was a very inquisitive and strongminded teenager, and as I grew older, I found this life restrictive and I started to become rebellious, opting to run away from home aged 17.

I sofa surfed at friends’ houses and lived on London streets for six months but was helped back on my feet by homeless charity Centrepoint. Using the opportunities made available to me, I managed to go to college and forge a career in finance working for HSBC, LloydsTSB and finally Barclays, where I have worked for almost 19 years and am currently an Associate Banker in the Barclays International Corporates department.

What attracted you to working with Barclays and what have been some of your biggest achievements there?

I was made redundant from both HSBC in 2001 and then LloydsTSB in 2003, I had just bought a property so when the opportunity to work for Barclays came along, it was a no brainer. I was still quite young at 25 and saw it as a way to contribute to a forward-thinking and well-known institution.

I guess it was after having my children in 2014, that I saw most of my biggest achievements. I was instrumental in setting up the bank’s first Black Diversity and Inclusion Network in the UK called the Black Professionals Forum, tasked with leading and delivering Black History Month Events across the UK for five years straight.

Being able to bring Black culture into an organisation with a history that spans over 300 years helped change mindsets as well as ensuring the bank becomes a more inclusive place to work. My efforts did not go unnoticed when the network won the banks Global D&I award for Inclusion Champions of the year for 2019.

Another achievement, which I really appreciated, was being nominated for the Barclays Global Citizenship Award in 2018, where I received the highly commended Award in the Access to Employment category for my work in prisons with my social enterprise called Skillls4Reform.

This is where I take a team of volunteers into prisons, and I facilitate a number of workshops. Each prisoner is paired up with a volunteer and together we work on their CVs, interview techniques, networking and digital skills as well as building their confidence and getting them prepared for the world of work.

In its first two years, the programme has supported six prisoners into employment and worked with more than 100 people between the ages of 21 and 56. The team of volunteers continues to grow too, with more than 150 individuals taking part in the initiative to date.

Why is it so important for you to put diversity and inclusion at the heart of everything you do?

Everyone, no matter their background or gender, should have a voice at the table. I wouldn’t be true to myself If I wasn’t able to bring my whole self to work.

I would like to think and hope that I represent someone out there and my work and story inspires someone to make changes in their own organisations or way of life.

Why are you so passionate about mentoring young people and working with charities?

Earlier, I spoke about running away from home and other tough situations, and my life could have turned out very differently if it were not for not-for-profit organisations and mentors. I am passionate about giving back for this sole reason. I am now a mother and believe our young people need the support to steer them on the right path to achieve their goals and dreams.

Tell me why you received an MBE in 2019 and what it meant to you to be awarded such incredible recognition?

Receiving an MBE was an absolute shock it was so unexpected. It was for Services to Client Relationships in the Banking Sector, which included all my charitable work with schools, charities and the setup of the Black Diversity and Inclusion Network within Barclays. Being able to share this moment with my children was priceless.

What were the main challenges you faced in your career and how did you overcome them?

I have had many hurdles to overcome in my life and career, however I think the biggest was miscarrying twins at five months. The grief and the challenge of going back to life and work as normal afterwards was by far the hardest thing to deal with. My confidence was at an all-time low, but I had to dig deep and so I focused my time on others instead of myself. This was at the time when the riots kicked off in London in 2011, where youth clubs were shutting down and when there were no positive outlooks for them. I felt there was a need to support younger people, and I channelled my sadness into something positive and used the Barclays LifeSkills programme to do that.

The Barclays’ LifeSkills initiative is a programme that launched in 2013 to teach young people the skills necessary to thrive in the workplace – I recognised the value it could bring to a broader section of society, specifically prisoners, and so in 2016 I launched my own programme called Skills4Reform.

What do you believe are the keys to effective leadership?

I strongly believe in ‘Servant Leadership’, the sharing of power and putting the needs of one’s team or employees first. It creates a better working environment and management are more respected, so your organisation tends to thrive.

What advice would you give specifically to women in leadership roles?

There’s a general perception that once a female gets into a senior role, she becomes hard or mean especially to other females. However, I believe this to be a stereotype and very harming to the progression of women in more senior roles. I’ve met so many women in leadership who are mentors or who are active members in female networks who are giving back by speaking at local schools to the younger generations, which is fantastic.

What’s the best piece of advice you’ve been given?

Surround yourself with people who are going to uplift you. They might not get or understand your passion at times, but they will always listen, give sound advice (whether you like it or not) and help you find solutions.

The City is constantly evolving – what are some positive changes you think should be celebrated, and what areas still need more work?

Covid-19 has bought an unprecedented change and it has changed the whole dynamics of how we work. A number of organisations need to be applauded at how they implemented the government rules for working from home. Working from home has enabled me to do all the motherly things that I missed out on when the children were much younger, and this has brought me much closer to them. However, I know working from home wouldn’t have been ideal for everyone, so more research needs to be done on the work/life balance topic, and does it truly exist?

Having featured in Brummell’s Ones to Watch list in 2019, what has been your biggest learning in the past two years?

I have seen that I have grown in confidence over the past two years. I learned to take my opportunities when they present themselves and don’t get too worked up over things that I can’t change. By focusing on what I have control over I am a much happier person.  Life is for living and I truly believe if you are unhappy about something, change it. If you need help to do so talk to someone who will help you take the right steps to achieving that goal. 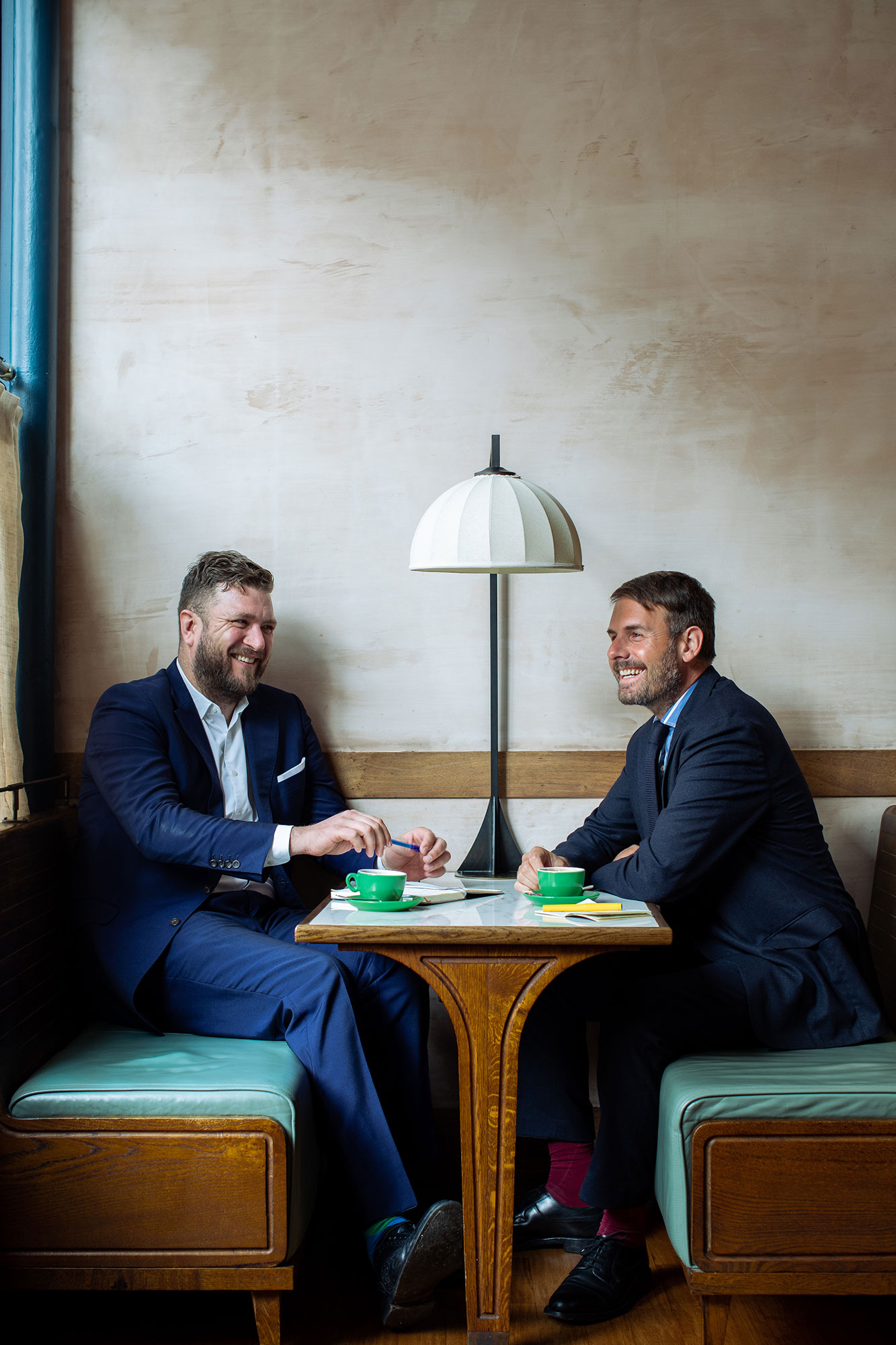 The founders and owners of Luca in Clerkenwell on how British and Italian influences combine in their restaurant, the importance of making people feel at home and why they would invite the Witches of Eastwick, Miles Davis and Nina Simone to dinner 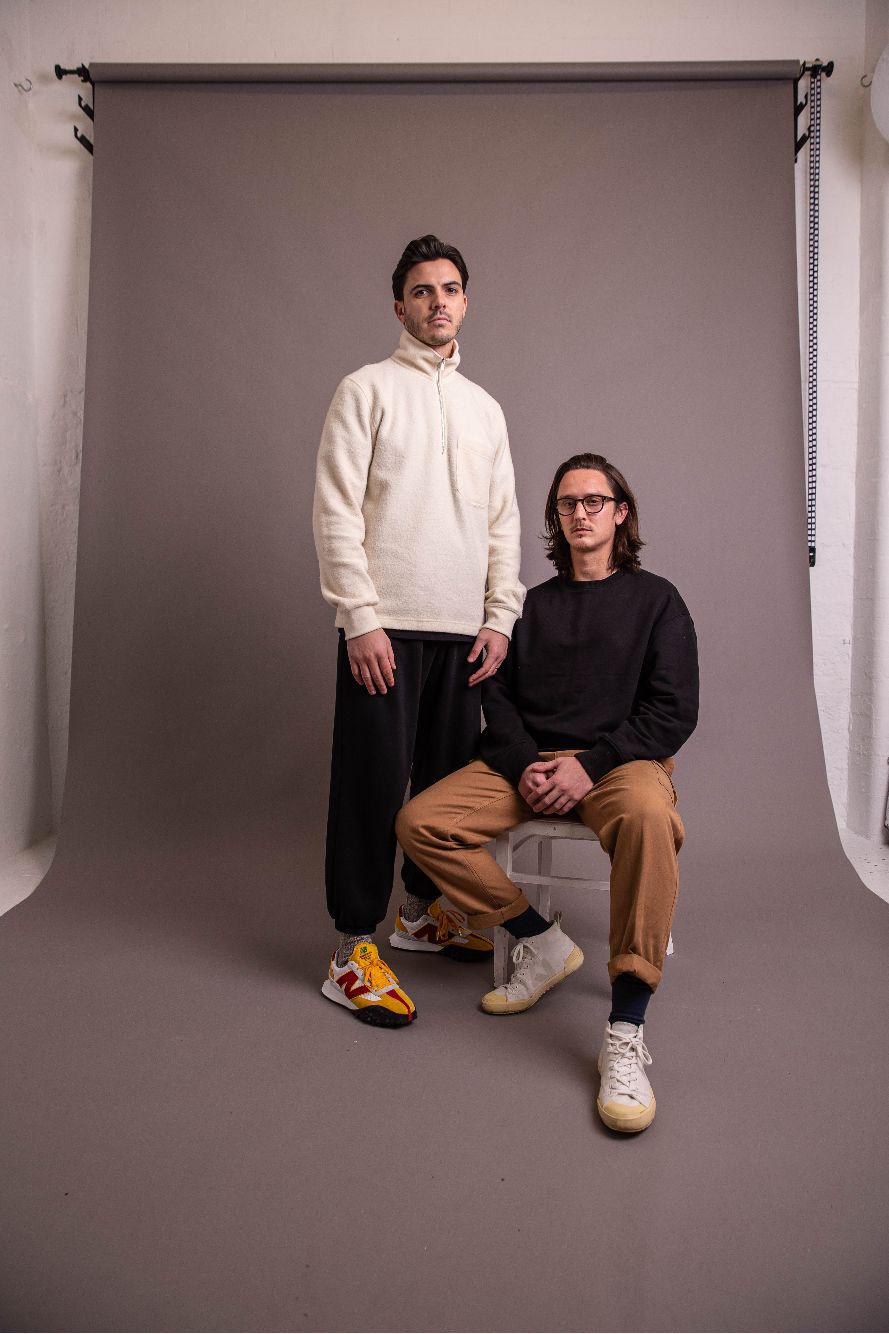 The founders of mood-enhancing drinks brand Peak talk to Brummell about nootropics, Gen Z and sharing a drink with Bruce Lee 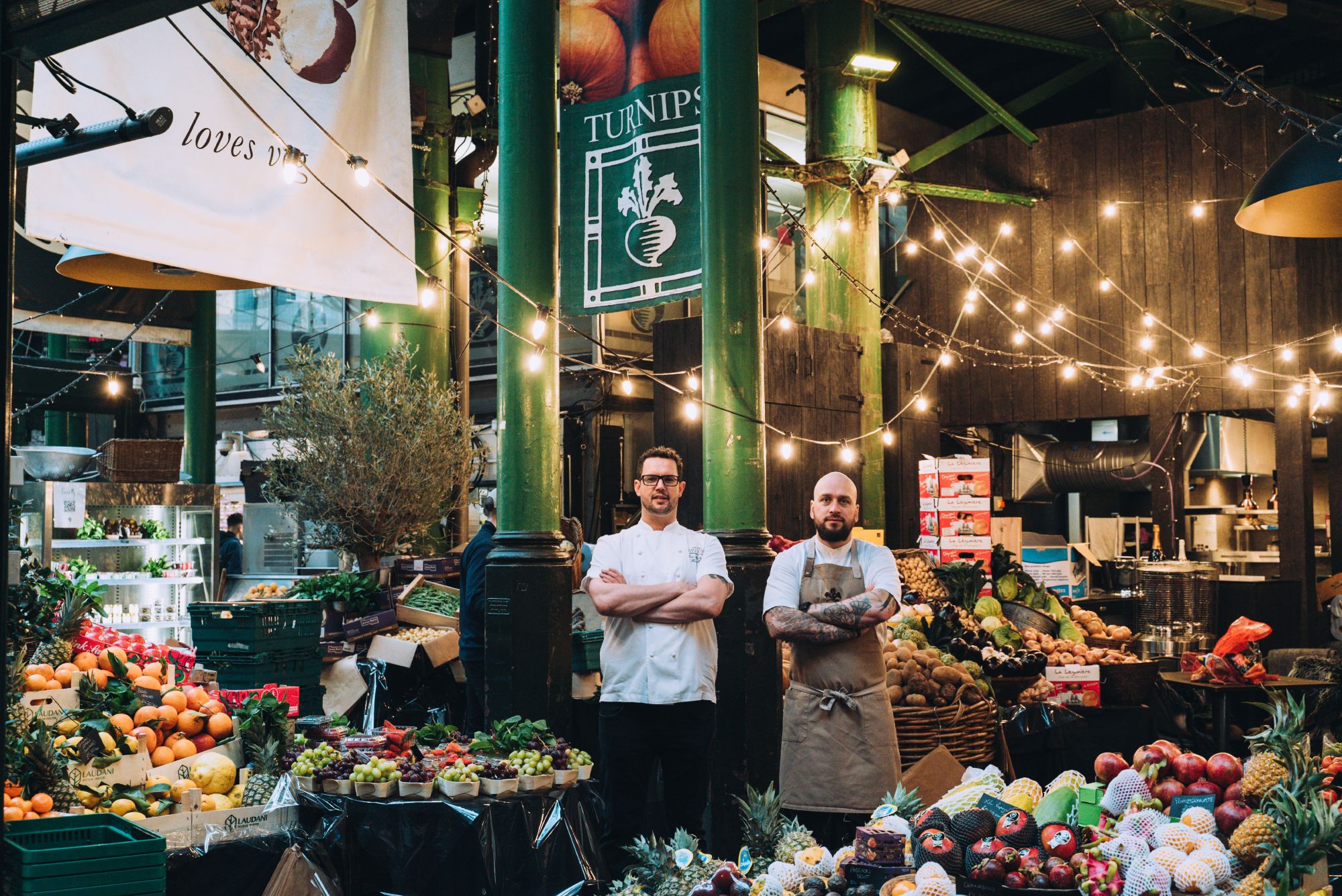 The head chef at Galvin at Windows talks to Brummell about the restaurant’s new vegan menu, developed in collaboration with chef Tomas Lidakevicius of Borough Market restaurant and grocer, Turnips