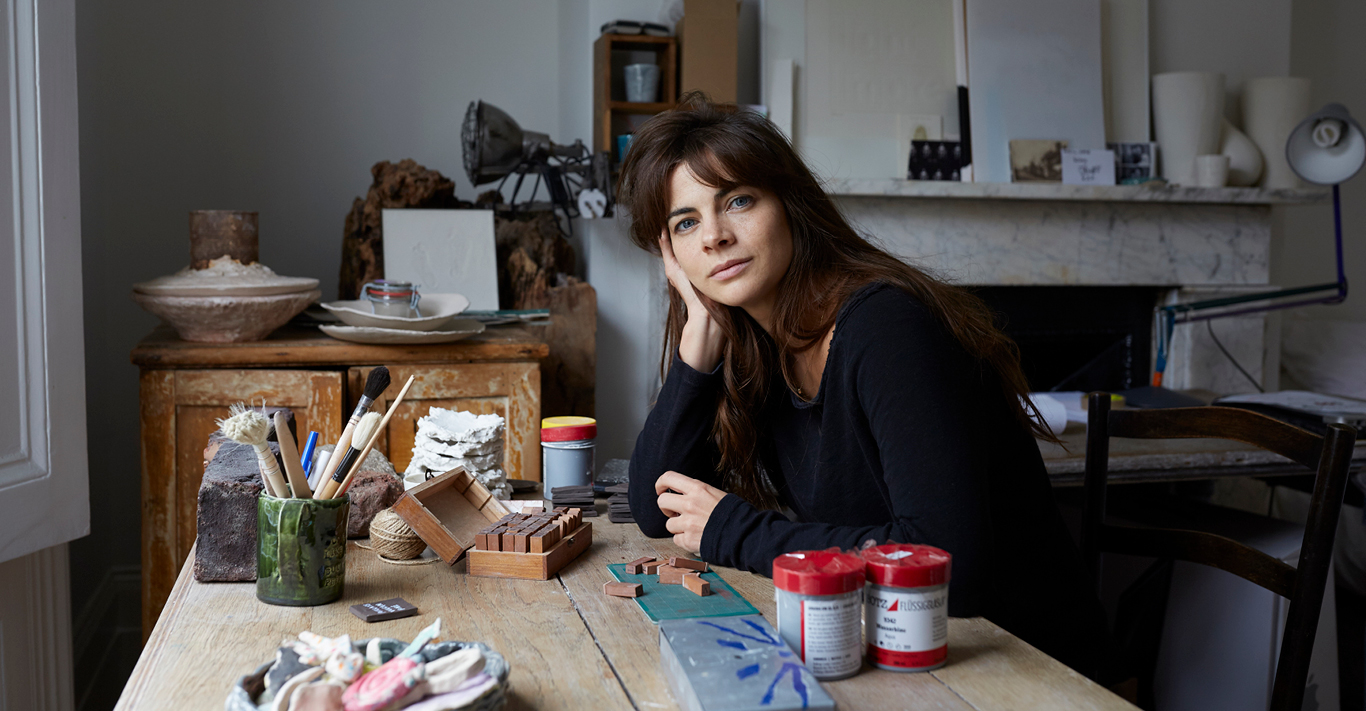 AS TOLD TO
Peter Howarth

The British artist describes her discovery of porcelain after completing her degree in furniture and product design as ‘love at first sight’. It prompted her to move progressively away from creating functional pieces to works of art, though her early years designing objects such as lights have imbued her with a fascination for how everyday things can be transformed through the imagination. On the occasion of her first solo show in nearly 10 years, she talks to us about the creative process and her love of wordplay.

This is my first show in nearly 10 years, so it’s quite significant for me. Prior to becoming a mother, I was working full time as an artist and founded my own studio practice in 2008. Nine years ago, I became pregnant with my first child and now that my two children are in school, I’ve been inspired to start working again in earnest. In the interim, I took on private commissions to keep me engaged in my practice, but now I’m applying myself again.

This particular exhibition, Mixed Messages, is focused on language and how it’s used. I have always played with words but perhaps after teaching both my children to talk, I am so much more in awe of the power of language. I felt that ceramics would be the most appropriate medium for my explorations. I just happen to really like porcelain as a material, so I use it a lot; but I have made things out of many other materials in the past too when I feel they are more suitable.

For the show, I’m creating ceramic pieces – tableware in particular – that feature words in the form of random thoughts, ruminations, lyrics and common phrases. Everything has an organic look, a hand-made sensibility that speaks to artistry and traditional craftsmanship. Porcelain is really nice to play with – since I discovered it, I’ve really loved working with it. It’s simple and direct. Whereas with other materials I need a workshop and tools, with porcelain I can work anywhere using just my hands. I find that very liberating. Also, it’s got such a heritage – going back so far – the thought of being able to make something out of it that hasn’t been made before is really quite exciting.

What I make, I like to think, says a lot of different things. I like taking words and putting them into forms that you haven’t seen them in before – on a plate, or cup or teapot. And then the meaning changes. As human beings, I feel that people see different things when they look at these objects. For example, there’s one series called I’m A Little Teapot, which features a number of teapots in different sizes that bear a modern reworking of the children’s song. It was first written to help children remember dance moves, so I thought I could reimagine the lyrics to prompt a new way of thinking about ourselves and our bodies. So the teapots say things like “MY BODY MY LABELS”. They are intended as a reminder that you no longer have to be defined by others. You no longer have to be a little teapot!

There are also visual and verbal jokes, like a square plate with “NAUGHTY CORNER” written in the bottom left-hand corner, or a plate that says, “PLEASE DO NOT FEED THE FEARS” and candle holders that say, “A LIGHT IMPRESSION” or “IF YOU LOVE SOMETHING SET IT FREE, OR ON FIRE”. It’s all pretty playful. There are ceramic swear boxes too, one of which says, “PERHAPS SWEARING WILL HELP”. Others are a bit more earthy!

The works that give the exhibition its name are the Mixed Messages Boxes. I’ve been making these for a while, but this is the first time I’ve made this many all at once. I’ve accepted commissions for these in the past decade, where they’ve been conceived for a specific person with a theme that is unique and personal to them. But the ones in the exhibition are new, created to explore themes that I’m interested in. They really do reflect my enjoyment of combining traditional craftsmanship with new technology.

A Mixed Messages Box is a wall-mounted wooden grid of up to 200 pigeonholes. Inside of each pigeonhole sits a light with a porcelain cup over the top of it, each cup with its own unique word on it. When the electricity is switched on, the cups glow on and off in groups, illuminating in varying sequences that unite to reveal a catchphrase, an idea, an expression, a thought, a rumination. I made one recently for a friend that displayed his favourite song lyrics. The one in the window of the gallery is called “DON’T LISTEN TO ME” and is all about embracing the paradox of the things we say that we don’t mean. I’ve also got one that’s about food and the human appetite, one that explores the theme of light and darkness and then one that is designed to function as a clock. This piece is called “TIME MACHINE” and plays out the time across the course of the day/night. This information is then intersected with a variety of time-related phrases and musings – an unconventional time piece, if you will!

It’s quite different to making pictures, as it keeps changing, so you get hooked on the sequence. Though it appears to be fast-moving, it’s actually a cycle that requires the viewer’s concentration. One of the things I enjoy most about my Mixed Messages Boxes is that it is very difficult to photograph them, as the lights fade on and off so conversationally. We live in such an instant world in which everyone constantly expects to be able to capture things in the form of a photograph, so I love that you can’t take a picture of this work easily. You simply have to experience it.

I’ve also created a little shop in the gallery where you can buy candles and tableware that feature my signature words and phrases. Some of the work on display in the gallery is more substantial, of course, but I don’t like to alienate. It’s nice to be able to take something home.

Mixed Messages by Martha Freud is on at the Nonemore Gallery, 10A Rathbone Place, London W1T 1HP until 26 February 2022 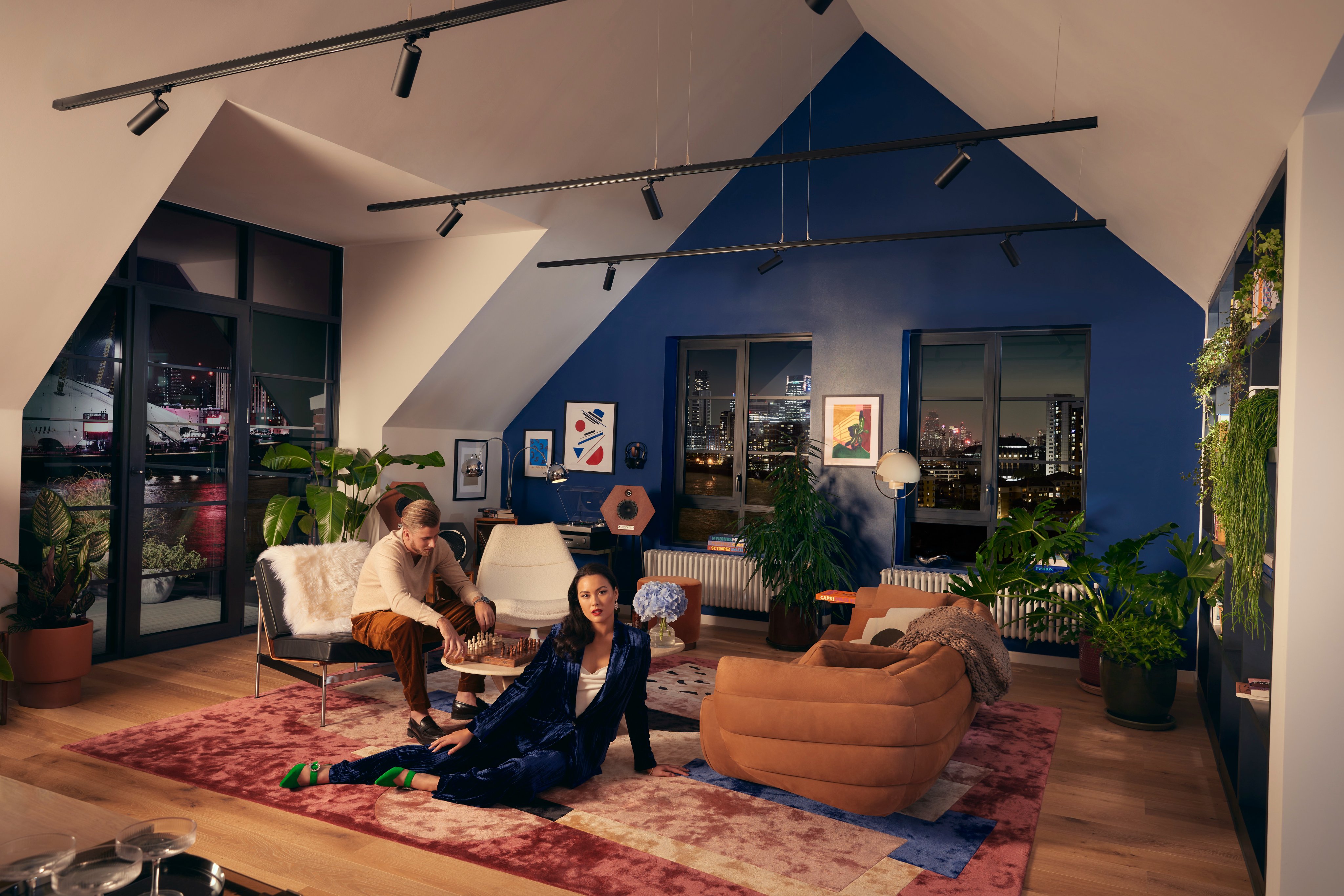 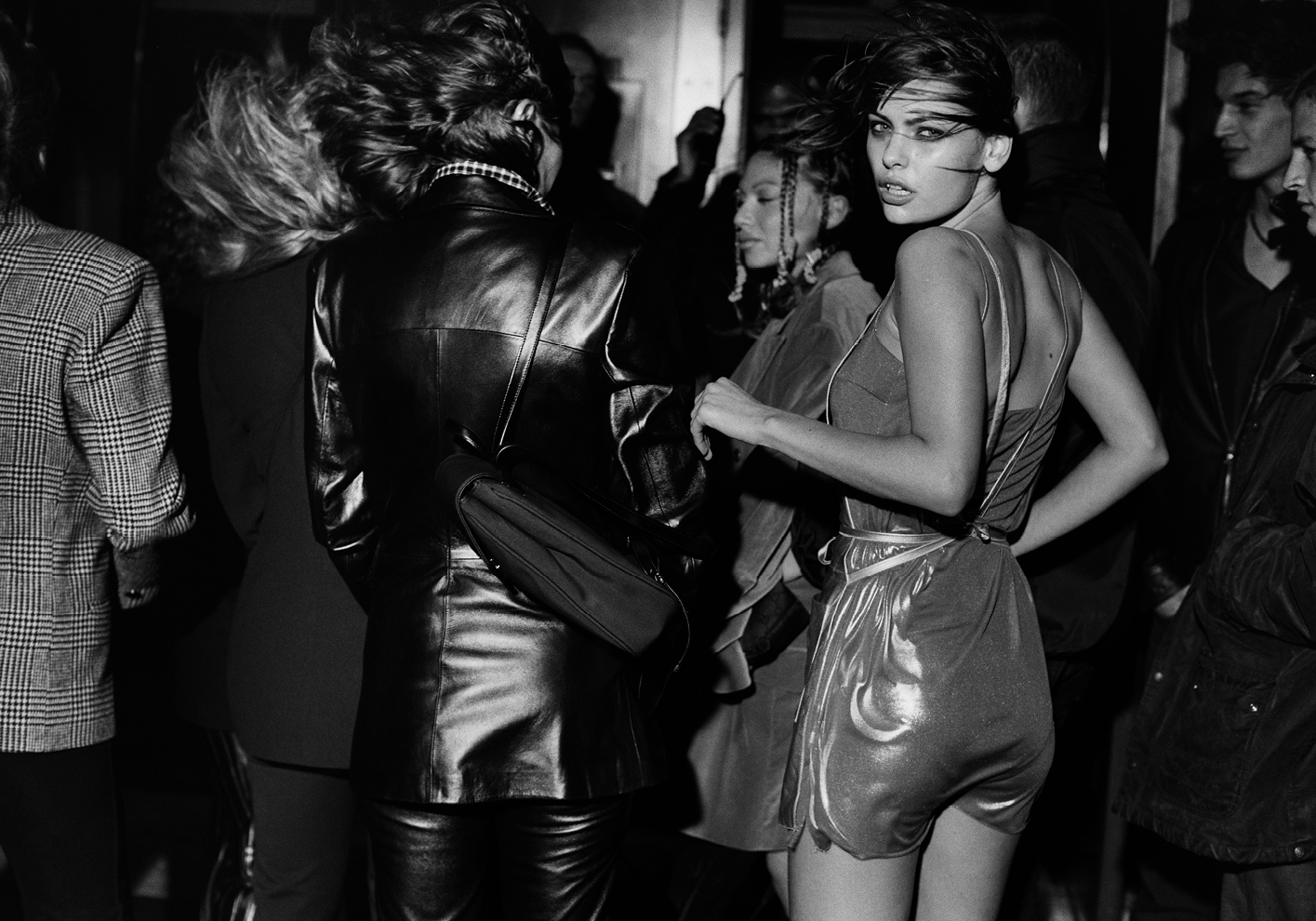 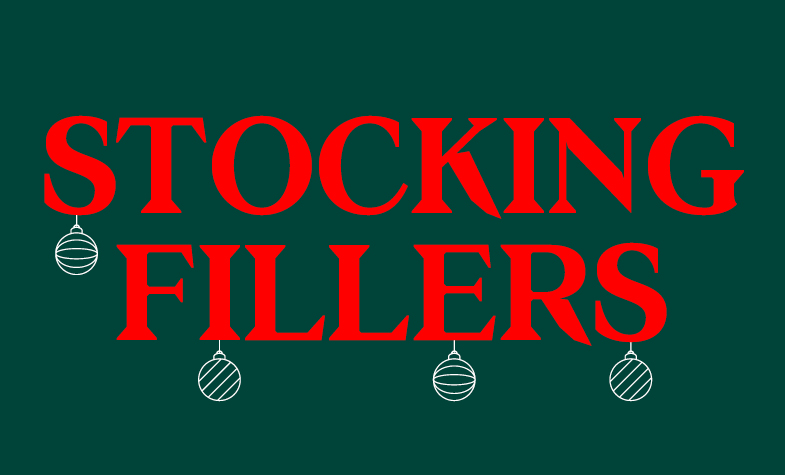