When Enrico Piaggio repurposed factories to make transport for the masses, could he have known his company would be creating “urban transport solutions” more than 76 years later? 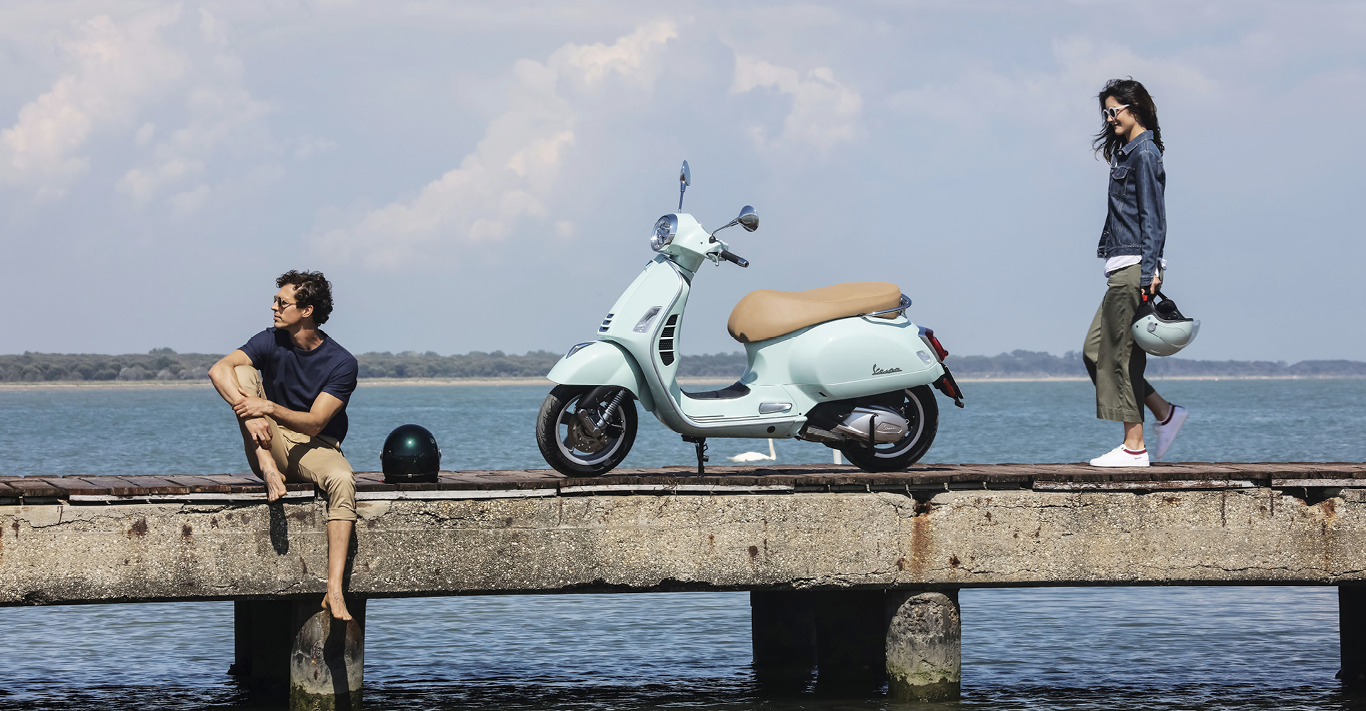 The Vespa started life in 1946 as affordable transport designed to get Italy back on track after the war. It then became a star of the silver screen alongside Gregory Peck and Audrey Hepburn in Roman Holiday, before becoming the vehicle of choice for Mods in Britain’s seaside resorts in the 1960s.

After that it faded into obscurity, emerging at the dawn of the new millennium to do the job it was originally designed for – getting urbanites from A to B reliably, inexpensively and with style.

And with fuel costs soaring, conventional cars being demonised and our willingness to use crowded public transport diminished by Covid-19, the legendary Vespa is riding to the rescue once again.

However, it has grown up a bit since the days of the two-stroke engine versions ridden by those Mods – especially in the case of the GTS 300 model, which is the quickest production Vespa ever to hit the road, thanks to a 278cc, 24-horsepower, four-stroke engine that will propel it to 80mph (128km/h) and gives it the legs to get out of town and onto the highway.

But while Vespas have retained something of the look that’s recognised throughout the world, marque owner Piaggio has taken the foundations of practicality and fun on which the original was based and enhanced them for the modern world in a range of other machines specifically designed for the increasing cut and thrust of the urban commute. 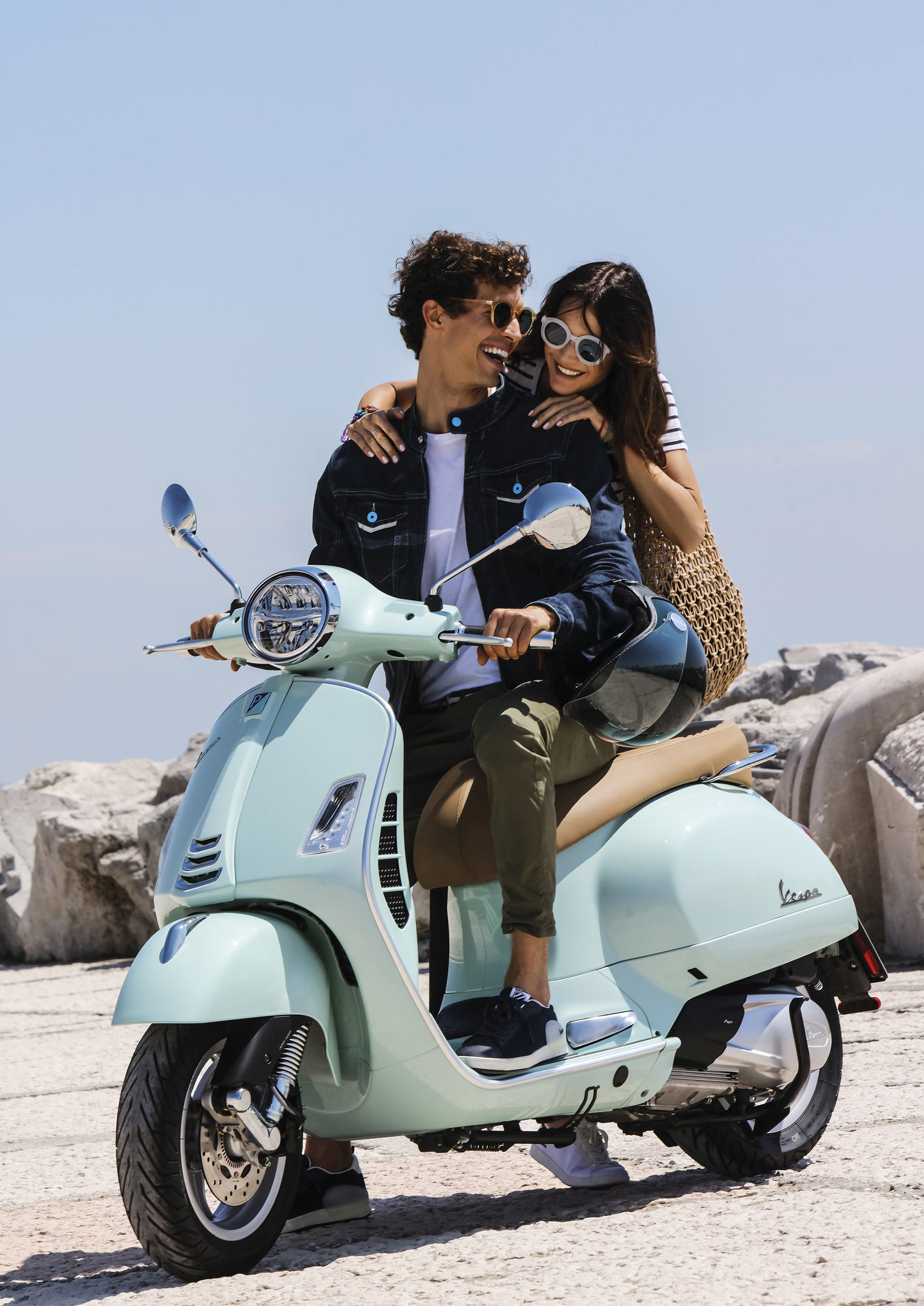 Perhaps the most radical of those powered by conventional petrol engines is the MP3 300, a “gran turismo” scooter that first appeared way back in 2006 – when its two front wheels caused plenty of double-takes as the first models began to appear.

No mere gimmick, the presence of the third wheel means the machine can legally be ridden by anyone who holds a conventional car licence, handily side-stepping the need to pass special two-wheeler tests before being allowed to take to the road, while also providing confidence-inspiring stability for new riders.

The latest MP3 model, the £7,000 300 HPE, is the lightest and fastest version yet – and the most refined. The “articulated quadrilateral suspension” remains at the front and lets the bike be leaned into turns like a conventional motorcycle, despite the extra front wheel, but there are now LED lights, a comprehensive instrument display, anti-lock brakes and traction control. On the range-topping Sport (£7,250), you also get Piaggio’s MIA multimedia platform that provides smartphone connectivity. 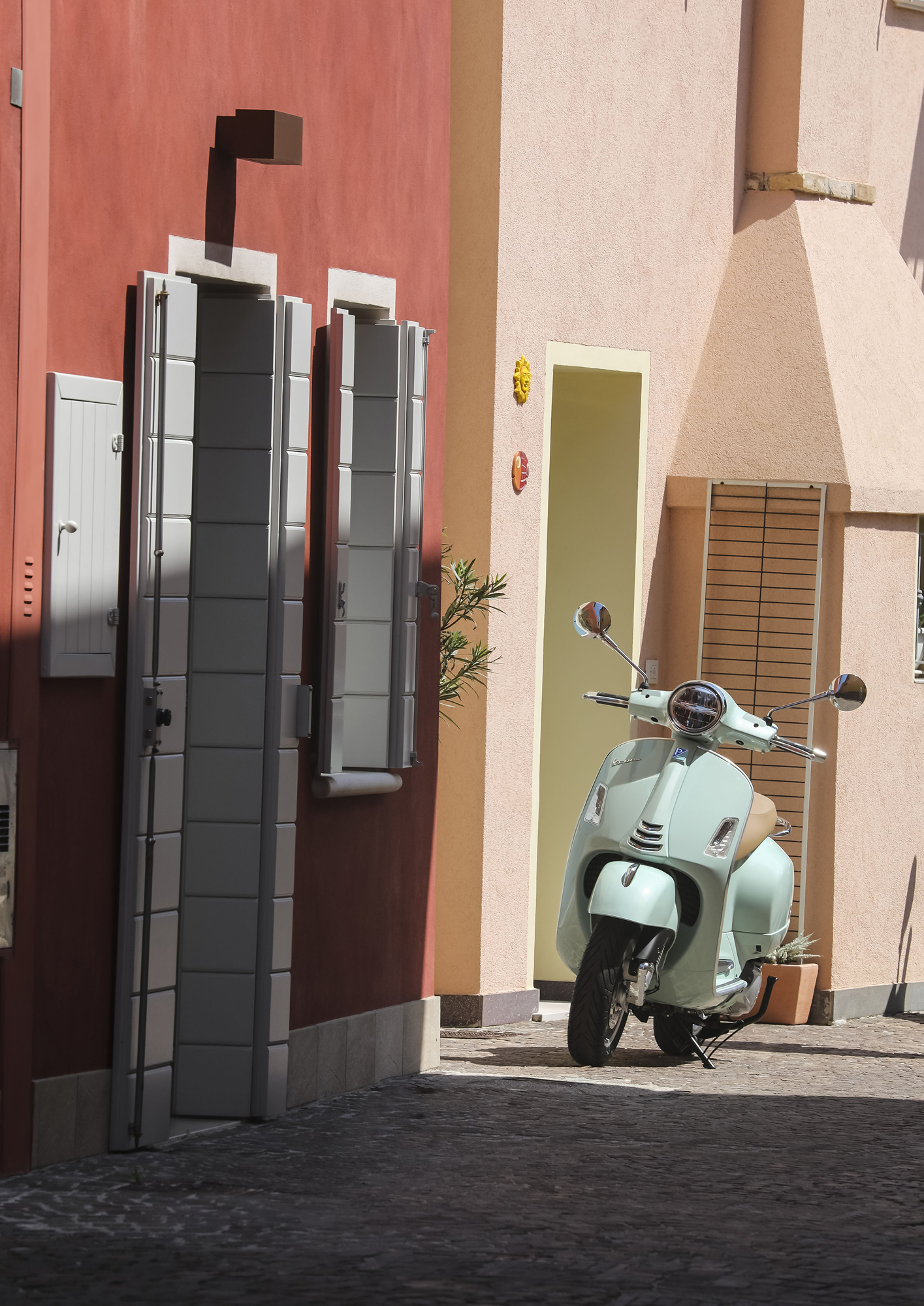 Another of the Piaggio group’s radical re-thinks on the scooter theme has emerged from its historic Aprilia brand which, like Vespa, dates back to the immediate post-war period when it was established in Noale, Italy, first as a manufacturer of bicycles and then small-capacity motorcycles.

Famed for building competition bikes designed for both track and off-road racing, Aprilia has a history of innovation that is now furthered with the launch of what it claims to be the first “urban adventure” scooter.

The £3,700 SR GT is, says the company, ‘ready for exciting adventures’, having taken a few cues from the world of off-road “enduro” racing – that means all-terrain tyres, extra ground clearance, long-travel suspension and foot rests that give the option of adopting an “active” or “foot forward” riding position, depending on the type of terrain being covered.

A choice of 125cc or 200cc “i-get” engines with stop/start function make it possible to travel up to 40km on a litre of fuel (more than 100mpg), making for a 350km (210-mile) fuel range that gives the scooter long-distance capability.

But if you don’t need to stray too far from your own front door and simply want to get from A to B in town on a future-proof “personal transport solution” that’s likely to pay for itself by eliminating the need to take buses, tubes and taxis, Piaggio has got that covered, too.

The Piaggio 1 is described as a “premium” electric scooter, but its cutting-edge design and smart looks belie its surprisingly affordable price tag – just £2,500 gets you a basic version, which has a 45km/h (28mph) top speed that brings it in line with 50cc moped regulations, meaning it can be ridden by anyone over the age of 16 who has passed a CBT (certificate of basic training).

It offers a range of more than 55km/34 miles from a six-hour charge, a process made as convenient as possible through the use of a detachable battery that can be topped up in the home with a charging unit designed for the bike. The higher-specification £3,000 Piaggio 1 Active, meanwhile, will touch 60km/h (37mph), has a range of more than 50 miles and offers “eco” and “sport” riding modes.

Both versions of the bike have digital colour screens, keyless ignition and KERS (kinetic energy recovery system), which re-charges the battery during deceleration.

An innovative two-wheeler for the masses? Exactly what Enrico Piaggio would approve of.