Pushing against years of ‘alcocentric’ marketing is not easy, but as more people turn away from alcohol, the drinks industry is changing tack 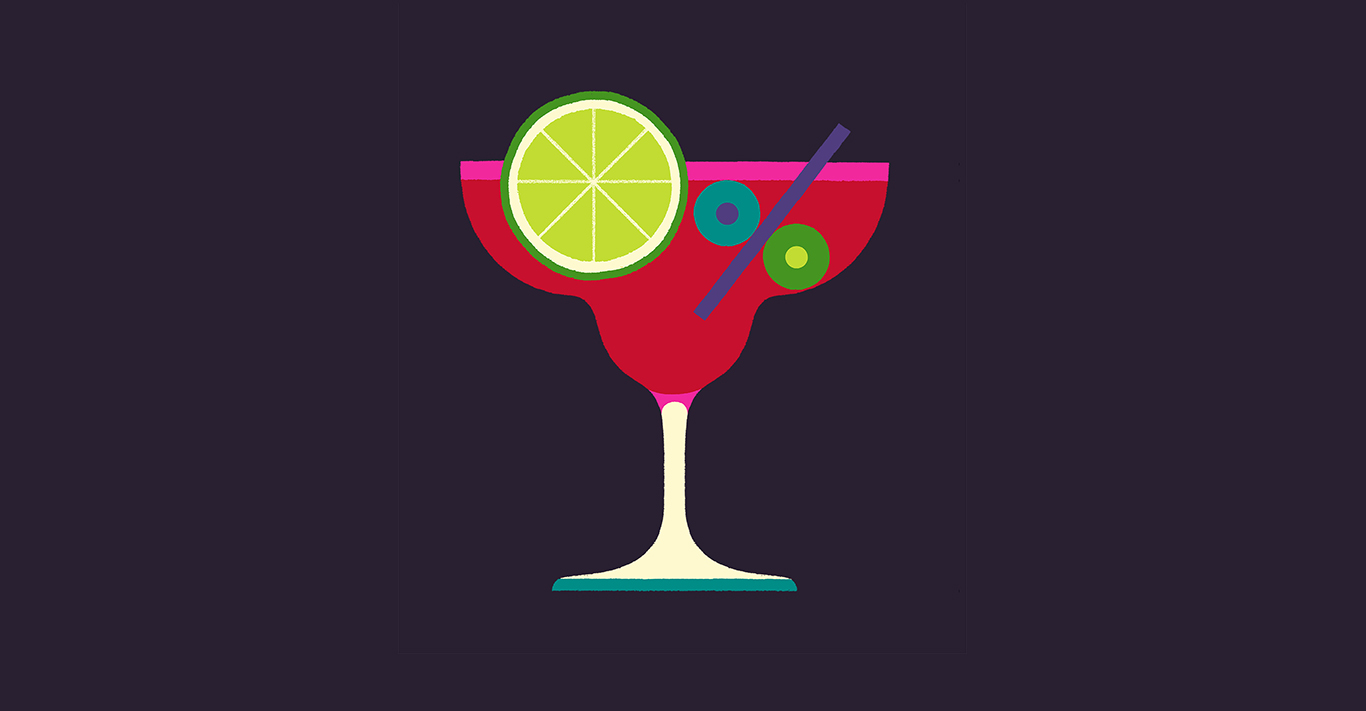 In 1885, Alexander Graham Bell pitched his idea for the telephone and everybody laughed. ‘It will never amount to anything,’ they cried. Or so they thought. Now, more than 130 years on, we know different, yet we still approach a change from the norm with scepticism. In the past few years, a similar shift in the social consciousness has been emerging. As a society we’ve learned to embrace vegetarianism, gluten-free menus and sugar-free diets, and now an increasing number of people are looking to moderate their lifestyle even more by drinking less: something that’s also been met with a dubious eye.

‘When Redemption first started in 2013 people thought I was mad,’ says Catherine Salway, co-founder of the booze-free gastro bar, which has sites in Notting Hill and Shoreditch. ‘They said: “London is run on alcohol, you’re never going to make any money, stop now before you lose everything”. My response was, you can’t run London on alcohol for all the people, all the time; we need a break and that’s what we’re providing.’

Serving vegan and sugar-free dishes alongside a selection of carefully curated healthy cocktails, alcohol-free beers and wines, Redemption (redemptionbar.co.uk) is leading the way for booze-free restaurants in London and beyond. For Salway, a former marketing director for Virgin, it was the chance to fill a gap in the market, a place that could cater for people who don’t want to drink. And she’s on to something. According to the Office for National Statistics, the number of Brits drinking regularly has dropped to a 12-year low, with 20 million of us considering lower alcohol or zero-proof products, while one in five of us does not drink alcohol at all.

A 2016 research report suggested that adults want soft drink options that ‘exude superior quality through unique flavours, natural premium ingredients and craft production techniques’ and drinks companies are taking that shift seriously. Over the past few years, an abundance of sophisticated zero-proof spirits, beers, wines and aperitifs have been hitting the shelves – each one promising to solve the problem of what to drink when you’re not drinking.

Since its launch in 2015, Seedlip (seedlipdrinks.com) – the world’s first premium distilled non-alcoholic spirit created by entrepreneur Ben Branson, has been leading the charge. The first three batches rapidly sold out (one batch sold out in just 30 minutes) and it is now stocked in Selfridges as well as in Michelin starred restaurants all over the world – proof that the demand for a non-alcoholic alternative is very real. More recently, Britvic-owned Wisehead Productions has launched a portfolio of zero-proof drink products, helping to define a new category that sits between soft drinks and alcohol, including T&E No1 (thomas-and-evans.com), a zero-proof, sparkling aperitif made with a blend of 22 botanicals and green fruits. ‘We wanted to create something that had the complexity of alcohol, with interesting ingredients,’ says Wisehead co-founder Ounal Bailey. ‘T&E is charcoal-filtered to give it more clarity, and there are more than 20 distilled botanicals in there. We wanted to borrow techniques and ideas from the world of alcohol without trying to mimic it.’

Much like Branson’s Seedlip, Wisehead’s zero-proof range is a response to the increased demand and awareness among consumers to moderate their alcohol intake. ‘Historically, British culture has viewed alcohol as a release. It’s a freedom,’ explains Bailey. ‘But as we’ve connected with other cultures, we’ve realised that we can enjoy ourselves in a number of different states, we don’t need alcohol to be the lubricant for enjoyment.’

Until now the offering has always been limited if you’re not drinking alcohol but there’s only so much orange juice and lemonade a designated driver or teetotaller can take. These options, Bailey says, put you slightly out of pace when you’re with someone who is drinking. These new zero-proof spirits and aperitifs work hard to provide a drinking experience that is just as grown-up and just as enjoyable as alcohol – an upgrade, if you like, on the usual dull offerings.

For Salway and Redemption, the extra effort is part of the process to change the way people view alcohol in a social situation. ‘Alcohol is like a shortcut to relaxation,’ she says. ‘If you don’t have it, you have to work harder to put people at ease. We make a huge effort to choose beautiful glasses and tableware, we think about the music and lighting. We tell our staff: “you have to be people’s champagne, because we don’t have that”.’

While Redemption is one of the world’s first toxin-free restaurants and bars, other venues are now combining their alcohol offering with an equally decent selection of sophisticated non-alcoholic drinks to cater for growing demand. ‘World’s Best Bartender’ Ryan Chetiyawardana, who has adapted the menus at his award-winning bars to accommodate the need, says, ‘People want to go out, be in lovely surroundings and see their friends but they also want to balance that with their lifestyle.’ And it’s a sentiment that’s permeating across the capital. From Charlotte’s (charlottes.co.uk) in Ealing, with its curated menu of creative soft drinks with a kick, non-alcoholic cocktails and low-alcohol beer, and the generous selection of alcohol-free beer and craft soda at The Draft House (drafthouse.co.uk), to Michelin-starred The Clove Club’s (thecloveclub.com) ‘soft pairings’, the tide is changing and the benefits are being felt by everyone.

Laura Willoughby, co-founder of mindful drinking movement Club Soda (joinclubsoda.co.uk), believes it’s not just the industry changing its attitude to non-drinkers. ‘People are becoming more tolerant of their friends if they say they’re not drinking,’ she says. ‘They are learning to talk about it in a different way, without there being a stigma.’ As well as providing guidance to people who want to drink less, Willoughby and her partner Jussi Tolvi have created The Club Soda Guide for Mindful Drinkers, sharing the best places to ‘drink without drinking’ in Hackney and the City. ‘What became apparent very quickly was that our members still want to go to the pub and to restaurants, and they want something interesting to drink without being treated as second-class citizens.’ Willoughby has spent the last few years encouraging venues to think of alcohol-free as a dietary preference and to learn that they too can benefit from consumers’ increased moderation by offering a better selection of non-alcoholic alternatives. ‘People want innovation. They’re willing to pay for a drink that has a bit of sparkle, a bit of pizzazz,’ she says, and that doesn’t necessarily mean alcohol.

The growing alcohol-free market is less about trends and more a seismic shift in the way society views drinking. There may be some areas still playing catch-up but it’s not going away, it’s only going to keep growing. ‘We’re just at the beginning,’ says Bailey. ‘And there’s room for everyone.’ Perhaps we’ll look back in 130 years and wonder what all the fuss was about. 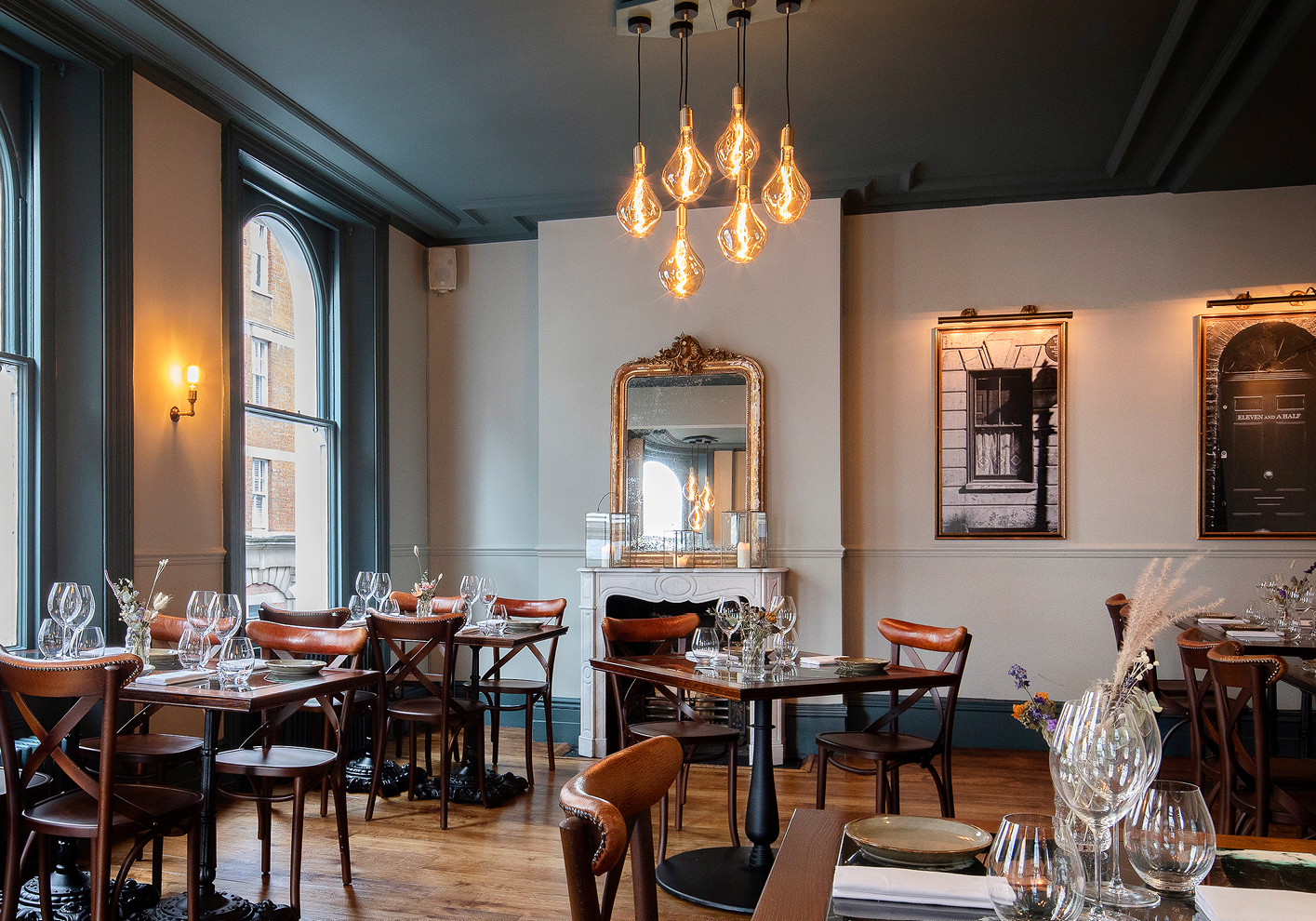 Brummell recommends: The Princess of Shoreditch

This gastropub has a reputation for serving some of the best food in London, something that’s only going to grow under the leadership of celebrated chef Ruth Hansom 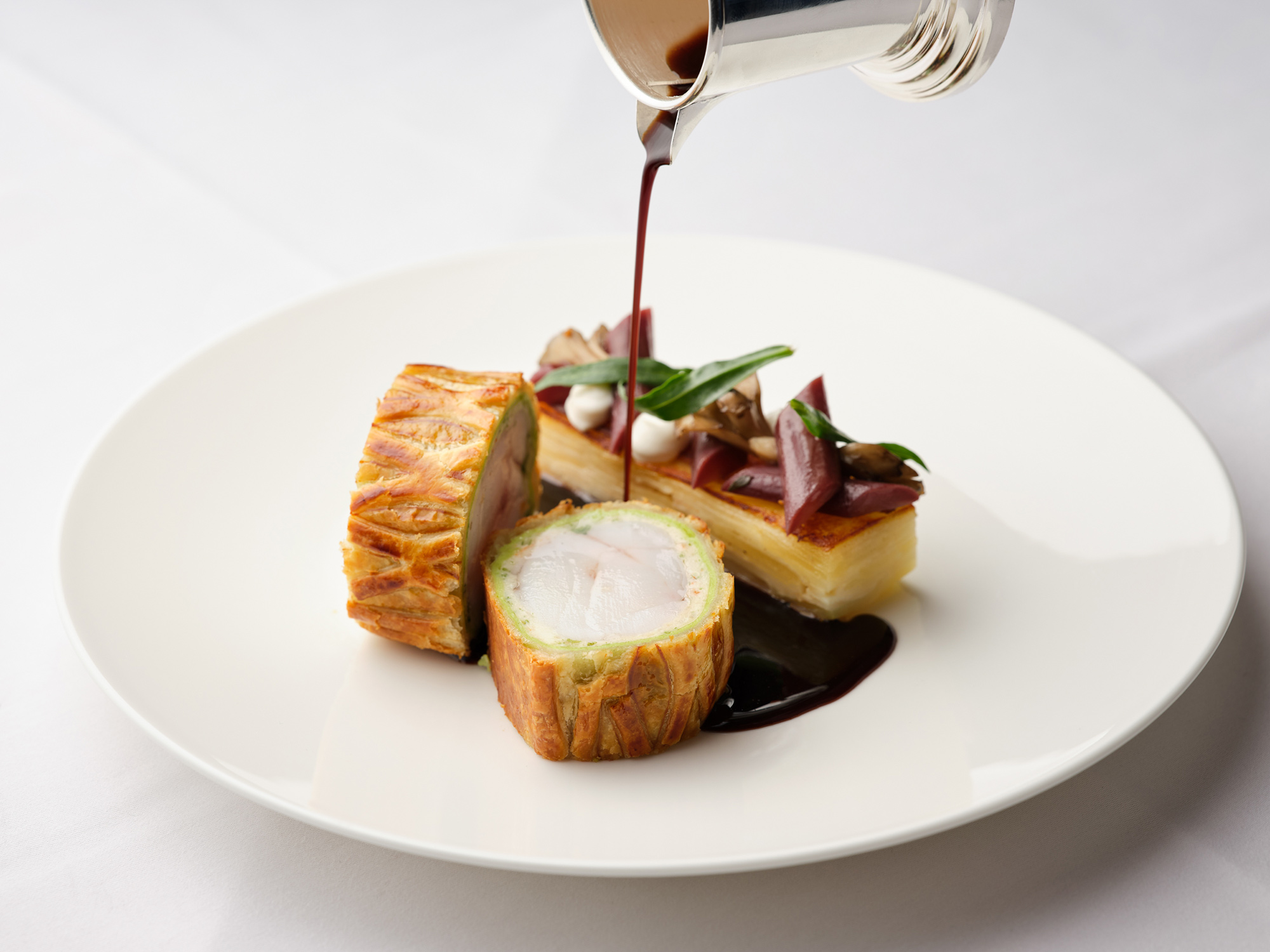 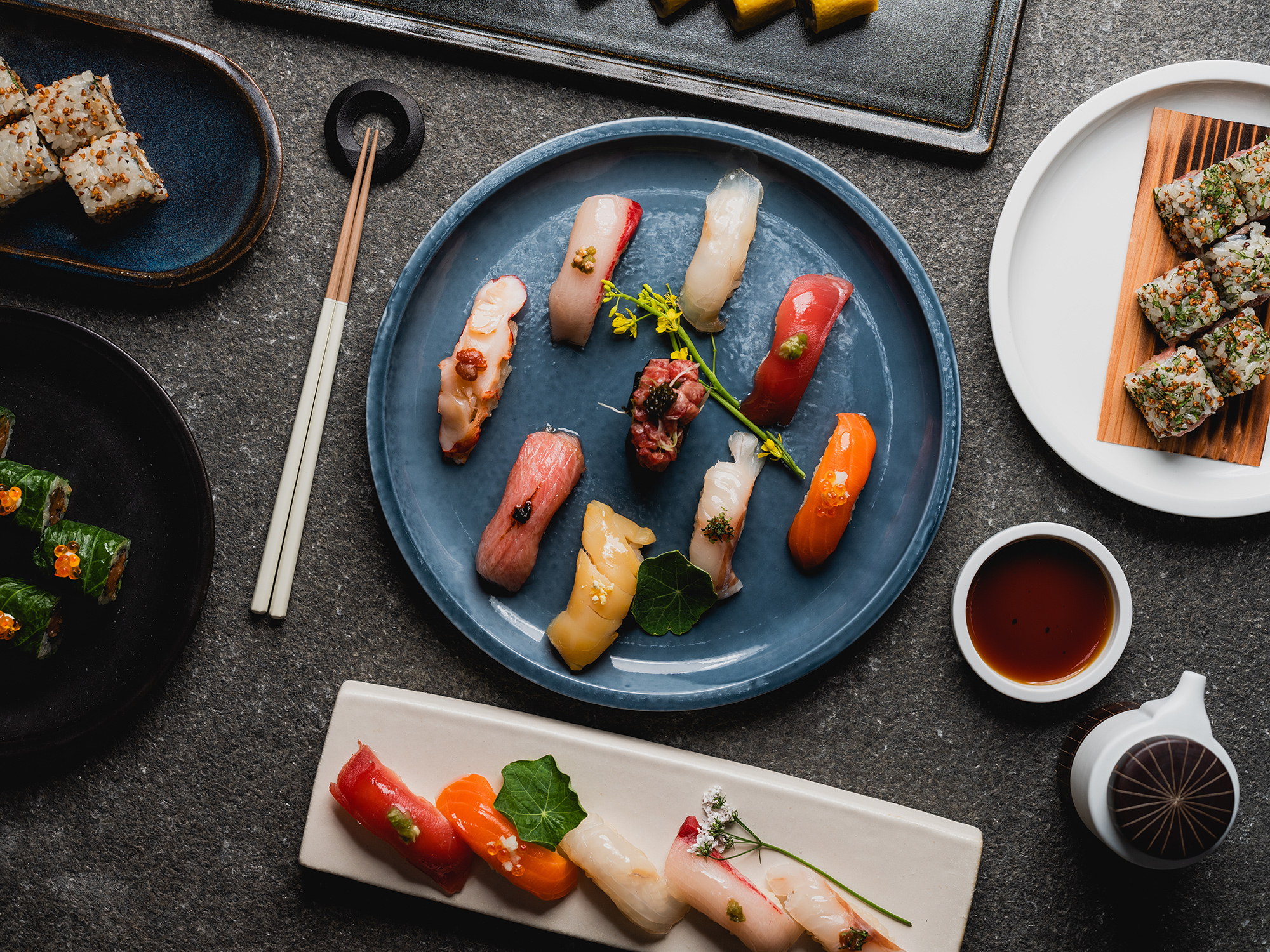