Crossip is a new zero-alcohol spirit alternative created by mixologist and drinks expert Carl Anthony Brown. Here, he explains how he developed Crossip, the best way to drink it and the lessons of launching in lockdown 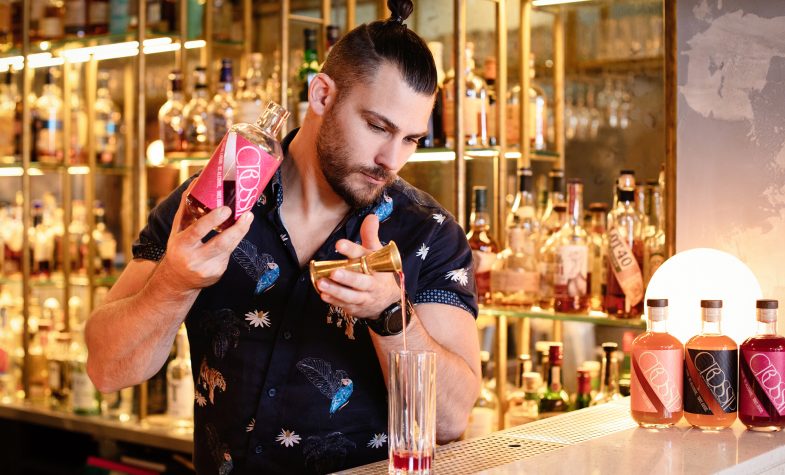 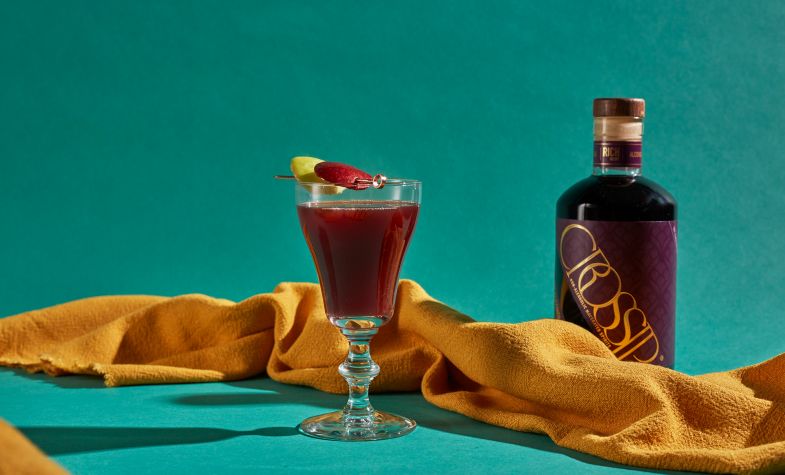 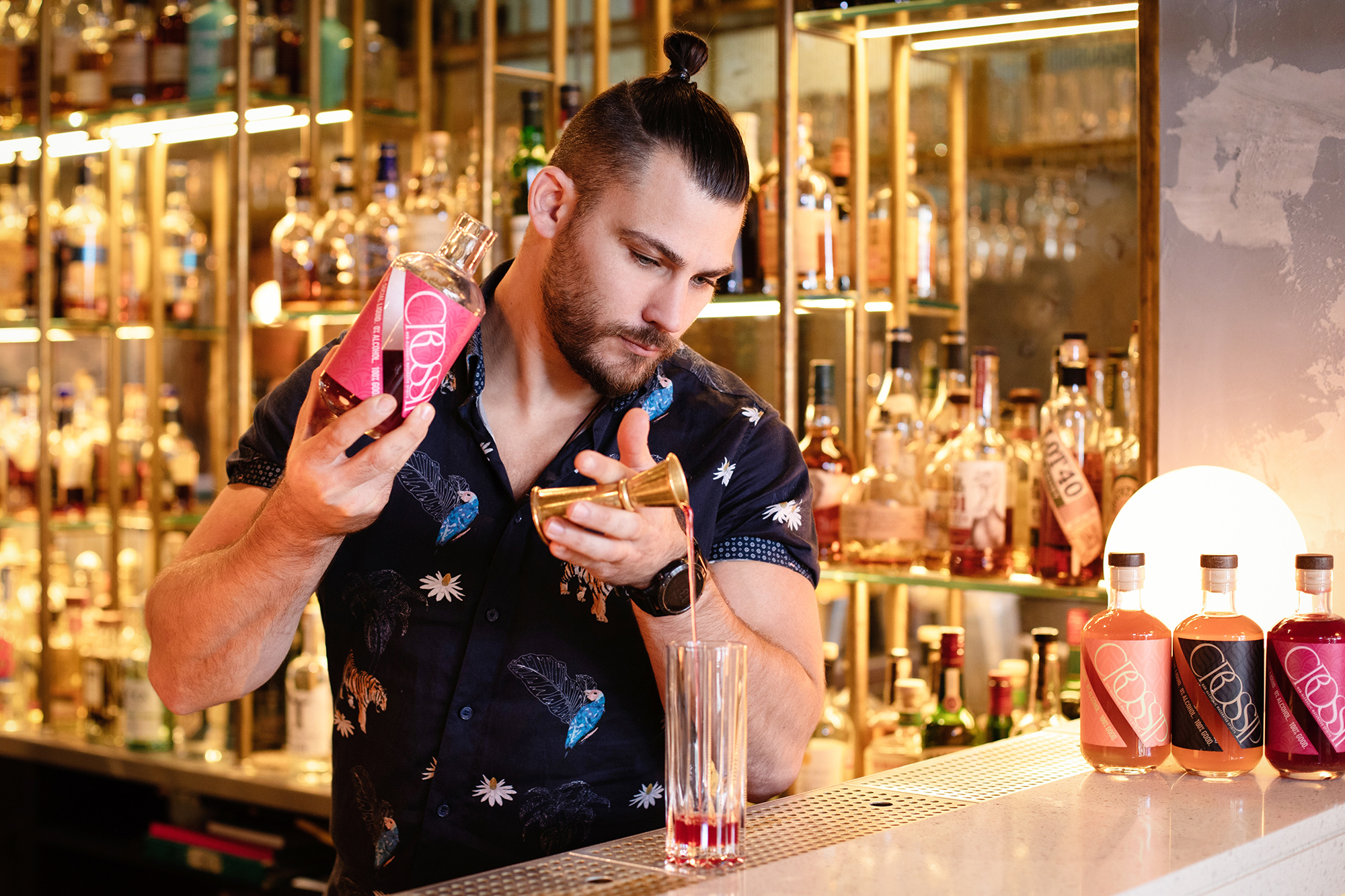 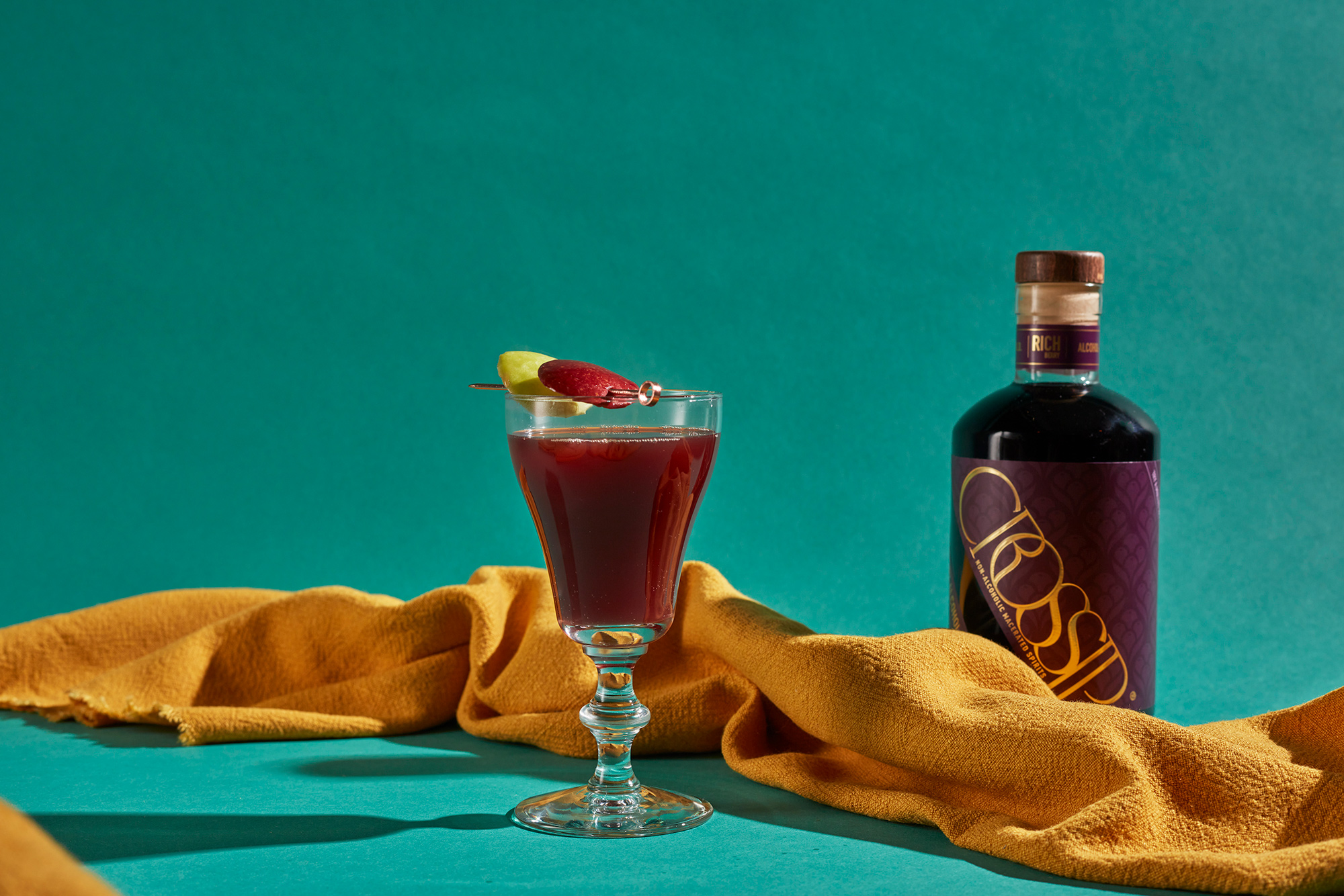 Carl Anthony Brown is the founder and creator of Crossip, an award-winning range of non-alcoholic spirits made from botanical ingredients, boasting superior flavour and body.

Prior to launching Crossip, Carl perfected his craft as a mixologist and has been a drinks expert on shows such as Channel 4’s Sunday Brunch and ITV’s This Morning. Some of Carl’s accolades include winner of ‘The Young British Foodies’, Imbibe ‘Drinks List of the Year’ and many more. Across his 17 years of experience working in the bar and drinks industry, Carl is best known for creating the drinks concept across the Dishoom group. Carl’s love for beverage history has allowed him to excel in creating and experimenting with sophisticated, complex cocktail serves.

Can you introduce us to Crossip?

We launched Crossip in 2020, but it has been a long time in the making. In essence, Crossip is a range of non-alcoholic spirits with three signature flavours. But rather than directly replicating the taste of specific alcoholic spirits such as gin or whiskey, Crossip was designed to evoke the mature mouthfeel and flavour profile typically associated with alcoholic spirits. Versatility is a key element for our non-alcoholic spirits, so they can be used to create sophisticated alcohol-free cocktails or combined with a simple mixer to add depth and texture.

Where did the idea come from?

As a mixologist, I had been creating great tasting non-alcoholic serves for cocktail menus, so it largely developed from there. It wasn’t really anything to do with being sober as such. I just felt frustrated that there didn’t seem to be an adult alternative to alcohol when I didn’t feel like having an alcoholic drink.

We take raw botanicals, spices, herbs and roots and then use a maceration process – like steeping tea – to extract the flavour. We do not rely purely on essences (concentrated flavourings) to create our products, which is a commonly-used alternative method to create alcohol-free spirits. In terms of the production process, each drop of Crossip is handcrafted by myself at our Steep in Hertfordshire, UK. We do not outsource any of the production process except for bottling, which is an aspect we’re incredibly proud of.

What sets it apart from other non-alcoholic alternatives?

We position ourselves as “unapologetically bold”. Our flavours really pack a punch and we don’t recommend drinking them neat due to the intensity of the flavour. Furthermore, the maceration process means we are one of the only “non-alcoholic” brands on the market that is truly 100% alcohol-free. Other brands often contain traces of alcohol because they involve distillation as part of their production process. We really believe Crossip is unique within the market.

How would you recommend serving Crossip’s three varieties?

The drinks really do pack a punch, so as mentioned I don’t recommend drinking it neat. A great way to enjoy the drinks is with simple serves. I’d recommend serving Fresh Citrus with tonic, Pure Hibiscus with soda and Dandy Smoke with ginger ale or cola. When people buy online we have The Big Bundle package where we include premium tonics and other mixers from Artisan Drinks.

That said, my favourite way to enjoy Crossip is in cocktails. We have a host of serve recommendations on our website or it’s always fun to try and invent something new using the different Crossip flavour profiles.

You launched in 2020, how did launching in a pandemic change your approach?

It has been such a difficult time for all those within the hospitality sector, and for us the pandemic completely changed our launch strategy.

My background is in bars and I have some great friends within the hospitality sector who were really excited about Crossip. Therefore, it made sense for us to launch in bars and restaurants initially and then roll out direct to the consumer.

However, we had to completely change this business model as the bars and restaurants were closed and people were home – meaning we launched direct to the consumer. It was different and it was a learning experience, but things have been going well so far.

Crossip donates 5% of profits to a range of charities – can you tell us about those partnerships and how they came about?

When we launched the business, we were very conscious that we wanted to make a drink that was not only positive for your health, but made a positive contribution to wider society. We work with charities that focus on people’s mental and physical health, such as Alcohol Change UK, CALM, Papyrus and Centrepoint.

We were delighted that when we originally approached these charities, they were totally onboard with our brand. They understood our concept to offer a non-alcoholic alternative to drinkers without compromising on taste and flavour, and recognised the difference that our products could make in people’s lives.

In addition to our three signature varieties, we’ve just launched a brand new flavour, Rich Berry, which is our first foray into the world of dark fruits and berries. Rich Berry is our first limited-edition flavour, so will only be available while stocks last over the winter months. We have a range of serves on our website, but our favourite is the Rich Apple Toddy, with hot cloudy apple juice and a slice of lemon.

Our plan going forward is to launch seasonal, limited-edition flavours throughout the year. We’ve already started work on our next flavour, which will likely launch next summer, but plans are very much top-secret!