The art of collaboration: Courvoisier Mizunara 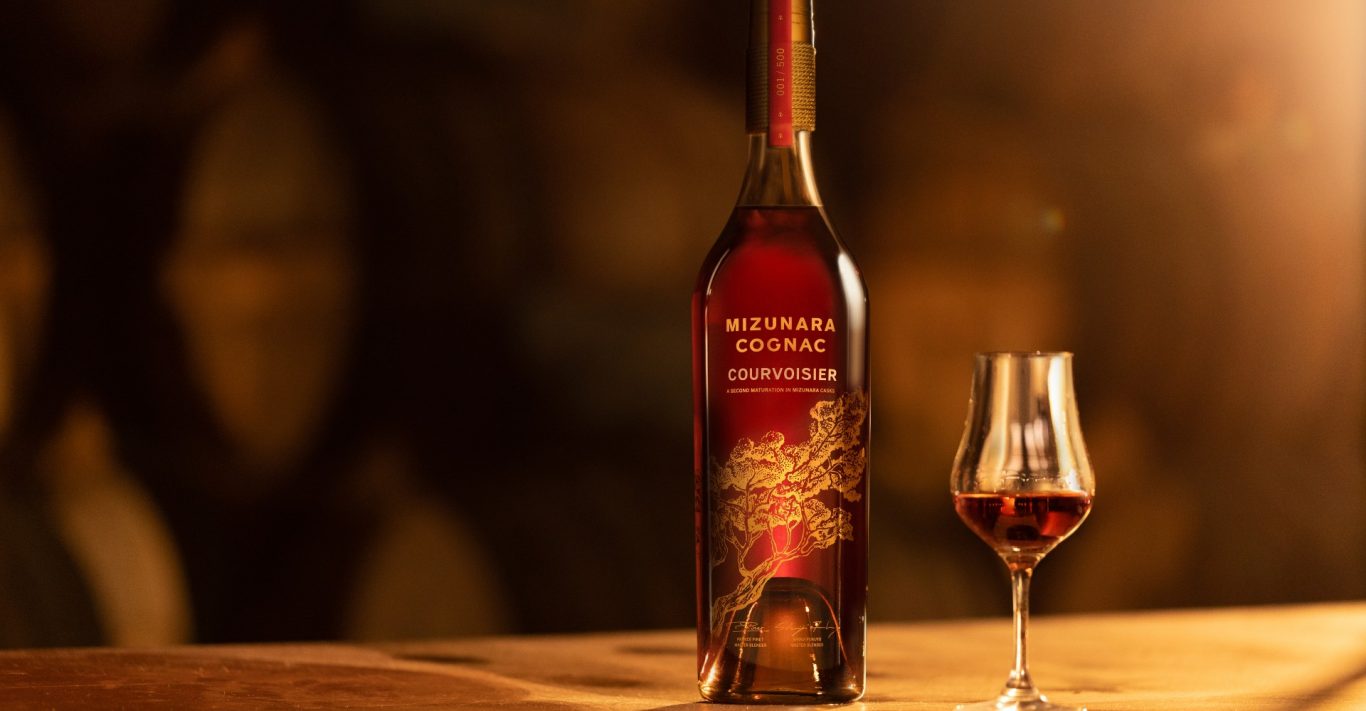 Cognac may be a storied spirit, steeped in tradition. And even as the youngest of the four big cognac houses, Courvoisier still has a rich history of almost 200 years: it was the favourite cognac of Napoleon, who reportedly took several barrels with him when exiled to St Helena. But heritage should never mean standing still, and Courvoisier has always been a forward-looking brand, excited by its craft and what it can do next.

Its latest release is Courvoisier Mizunara, cognac aged in Japanese mizunara oak barrels and a collaboration with the brand’s parent company, Suntory. It is the first expression of its kind and is born out of a long collaboration between Courvoisier’s sixth chief blender Patrice Pinet and the fifth-generation chief blender of the House of Suntory, Shinji Fukuyo.

Mizunara oak has been used for centuries in Japanese whisky production and ageing and is seen as being one of the most flavoursome oaks in which to age spirits. It is, however, quite rare and difficult to work with – but when it works, it really works. The Courvoisier Mizunara is made from Grande Champagne, the most prestigious cognac cru, and was aged first in French oak barrels before being transferred to one of Suntory’s legendary Japanese mizunara wood barrels for a second maturation. The resulting cognac is complex, rich and floral, picking up unusual and compelling aromas from the mizunara cask including sandalwood and rich cocoa, exotic flowers such as jasmine and with a long tannin-inflected honey finish.

‘Memorable blends begin in the imaginations of those who dare to dream them. I have always been intrigued by the scarcity and uniqueness of Japanese mizunara oak and honoured by the opportunity to work with the legendary wood and the incredibly talented Shinji Fukuyo of House of Suntory,’ said Patrice Pinet. ‘We are living in two different countries with two different cultures, but deeply connected in our values and respect for our artistry. I knew the mizunara cask was an unconventional choice for Courvoisier and, together with Shinji, we saw the potential for the notoriously temperamental wood to enhance the unique characteristics of the exceptional cognac and complement the maison’s signature floral house style.’

‘It has been an exciting journey working alongside Patrice to discover a new, unique taste profile of Courvoisier using Japanese mizunara oak,’ said Shinji Fukuyo. ‘I have always been fascinated by experimenting with flavours through innovation, and I’m very excited to have taken part in the development of Courvoisier Mizunara and to help create something never before tasted.’

Courvoisier Mizunara is available in an extremely limited release of just 500 bottles, and with a retail price of £2,250 per bottle and is available from Harvey Nichols; courvoisier.com