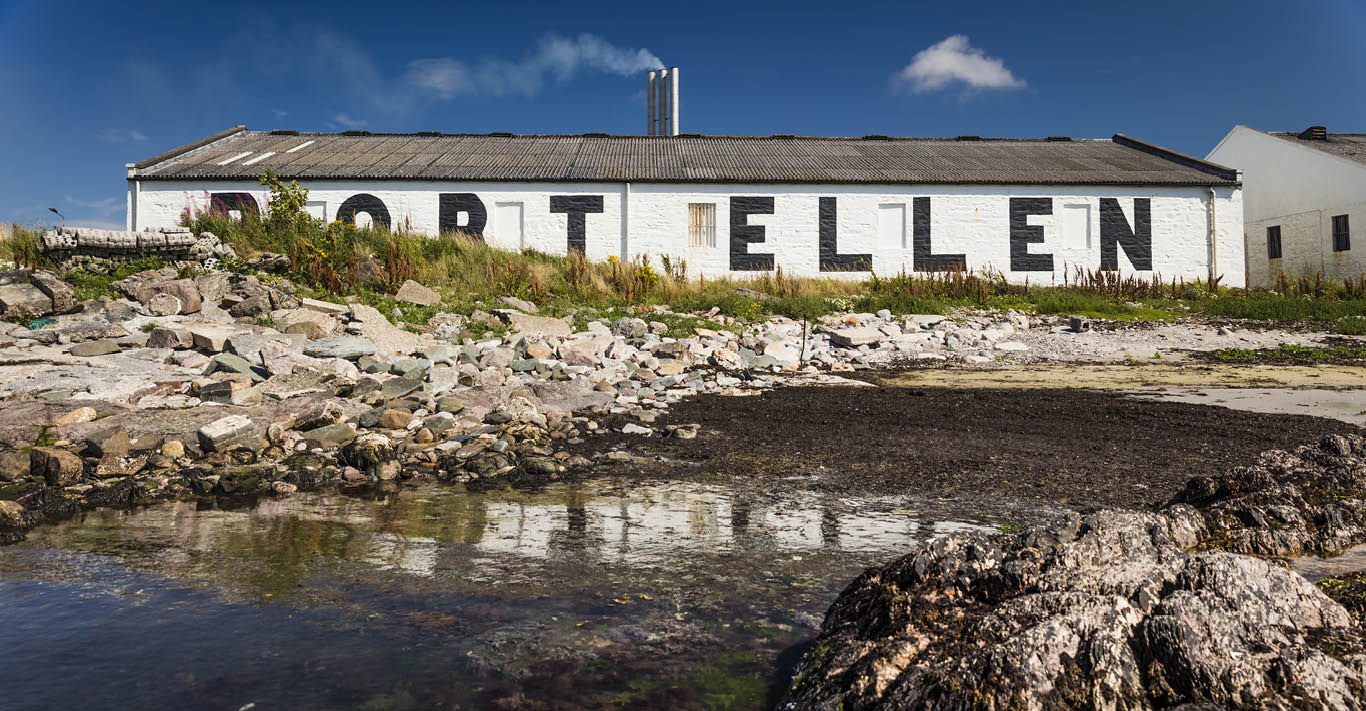 Islay, the Scottish island with so many distilleries that it qualifies as its own whisky region, has many locations for Instagrammable (Instadrammable?) moments: raising a glass of Lagavulin at the ruined Dunyvaig Castle; or artfully arranging your new bottle of Caol Ila on a barrel on the seafront. But none is more poignant than sitting on the beach in Kilnaughton Bay, by a whitewashed warehouse wall bearing the letters ‘PORT ELLEN’, sipping some of the precious liquid once stored behind that frontage.

Port Ellen is one of Scotland’s ‘ghost distilleries’ – whisky facilities that have ceased production but live on in… well… spirit. The 1980s were turbulent for the whisky industry. Without the A Beautiful Mind-like forecasting of the modern spirits business, there was an almost dam-bursting excess of liquid stock. As in the 1920s and the mid-19th century, there followed a wave of distillery closures.

Among them were Brora, producing peated whisky in the Highlands; Pittyvaich in Speyside, existing for just 18 years; and Carsebridge, the pioneering grain distillery on the Firth of Forth, gone now but for the former distillery manager’s home, a listed building. Of Glenury Royal in Stonehaven, on the Aberdeenshire coast, only a chimney base remains.

However, more fitting monuments remain, thanks to the spirit they had produced sitting in casks, with oak and air and time working their magic. As the whisky landscape changed, collecting whisky and exploring rarities became more popular. And what could be rarer than the finite supply of spirit from a ghost distillery?

These whiskies are as difficult as they sound to get hold of. However, there is what might be regarded as a one-stop shop… Justerini & Brooks, founded in 1749, is known for supplying wine to every British monarch since George III, and as the pioneer of Burgundy En Primeur tastings in the UK. However, its name is equally revered in the whisky world – for its blended Scotch, J&B Rare, but also for the support it offers to connoisseurs looking to build their collections.

As a whisky blender, Justerini & Brooks developed close relationships with many distilleries as far back as the 1930s to craft its J&B Rare blend. In 1997, it joined the Diageo group, which owns the stock from Brora, Port Ellen et al, as successor to The Distillers Company, which had operated them beforehand.

The interest in the spirits of the departed was clear as far back as 2001, when the first Diageo Special Releases dropped, as the phrase did not go back then. The now eagerly anticipated annual unveiling of outstanding bottlings (unusual ages, unconventional cask finishes etc), included a 22-year-old Port Ellen, which sold out in hours (unsurprisingly, since it was priced at £110 and now changes hands for at least 40 times that).

Justerini & Brooks has access to these and other unique collections such as the second release of its Prima & Ultima single malt series, which consists of fewer than 400 sets of eight bottles that represent firsts or lasts of their kind. And it also issues the invitations to acquire the ultimate collector’s prize – the Casks of Distinction. These are single barrels which have to meet the standards of four master blenders before they are bottled for private clients.

Justerini & Brooks then has a further role, acting as a broker between collectors – including prying away individual bottles from those Casks of Distinction to offer to other enthusiasts.

Tod Bradbury, Justerini & Brooks’ head of rare and collectable whiskies, sums it up: ‘Our access is unbeatable. We are able to connect our customers to some of the rarest whiskies from both living and ghost distilleries – limited editions, rare cask finishes and single cask bottlings.’

Equally important is establishing lasting connections with customers, via tastings, distillery visits and whisky dinners. ‘Ours is a relationship-based model,’ says Bradbury. ‘One of the most exciting parts of my position is taking someone on a journey of discovery.’

At Brora, the ghost distillery story has a sequel, as the rebuilt distillery is producing again. A new Port Ellen is due to follow. But mature whisky will not be released for many years to come. And, even then, they will not detract from these blasts from the past. As Tod Bradbury himself puts it, ‘Knowing that you have a whisky that no one else in the world can taste is quite something.’

Pittyvaich, 1989, 30 Year Old (Special Releases 2020) – Pittyvaich’s signature tropical immersion on the nose is followed by a smooth vanilla sweetness on the palate balanced by some fruity acidity. 70cl, £333.33.

Carsebridge, 1976, 44 Year Old (Cask of Distinction) – A very special single grain, which opens with a riot of fruit and spice, before softening and sweetening. 70cl, £1,420.

Glenury Royal, 1968, 50 Year Old (Cask of Distinction) – One of those extremely rare and superbly complex whiskies that has so many facets, it inspires flights of poetic fancy in even the most straightforward taster. 70cl, £6,000 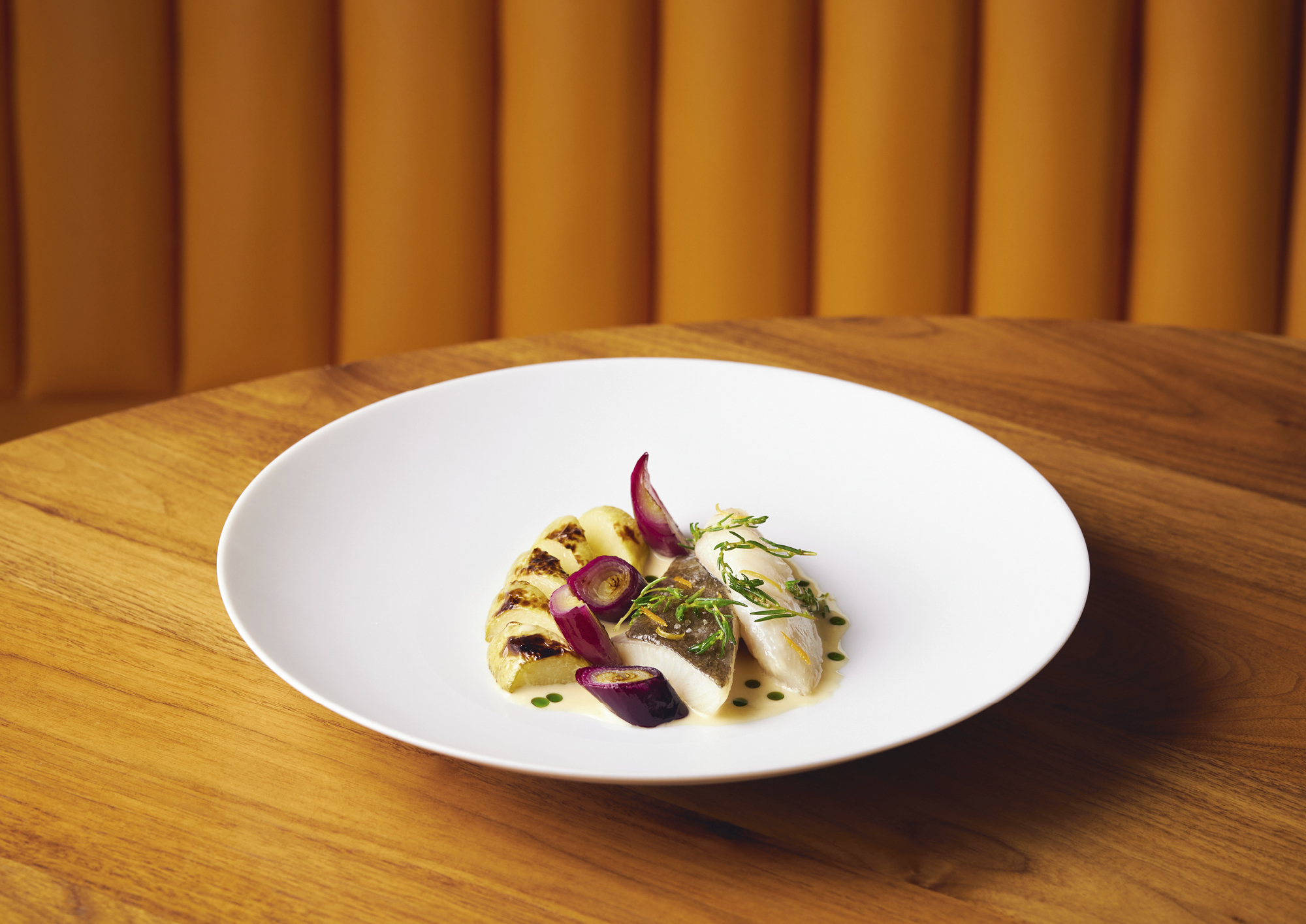 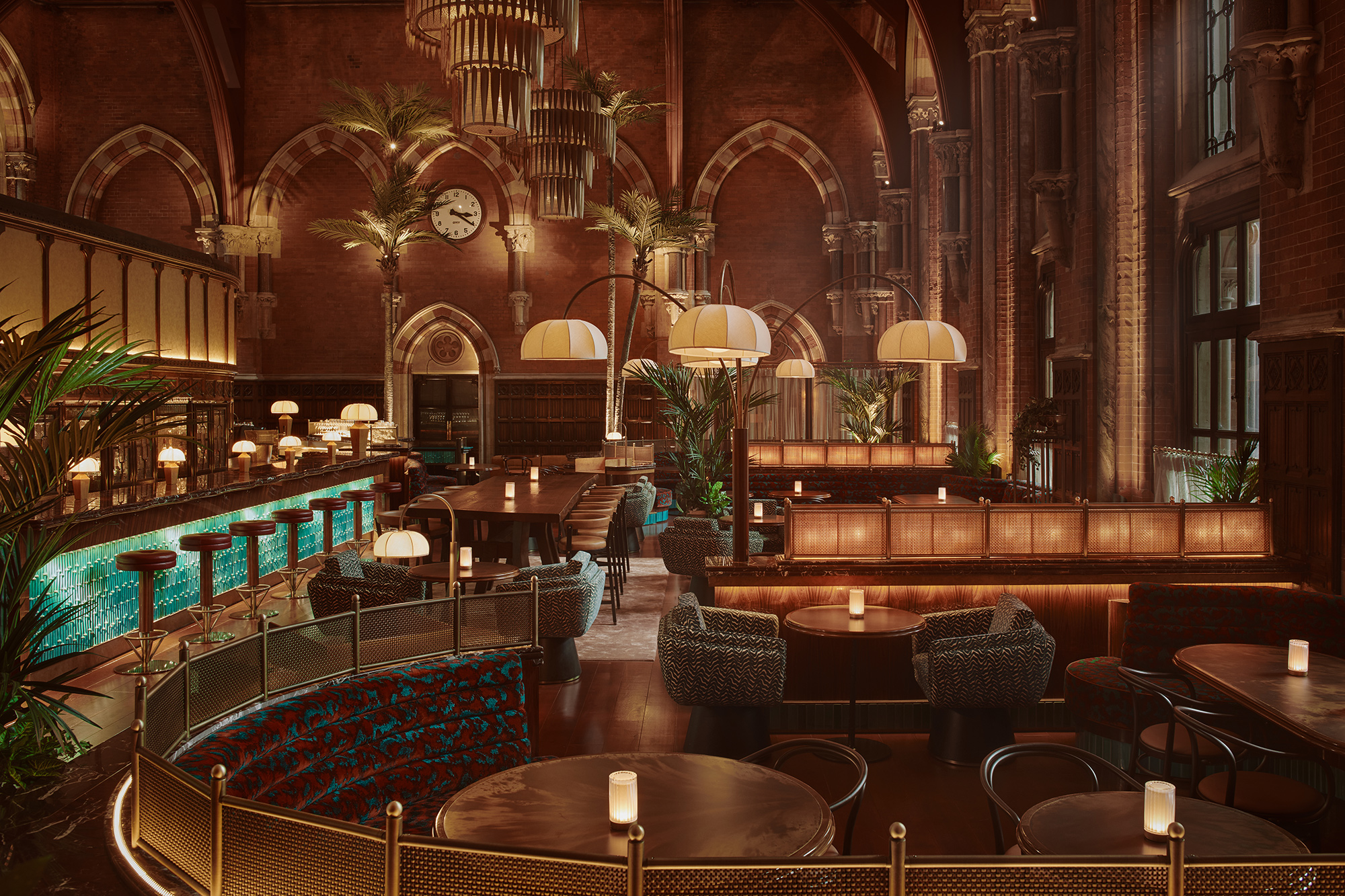 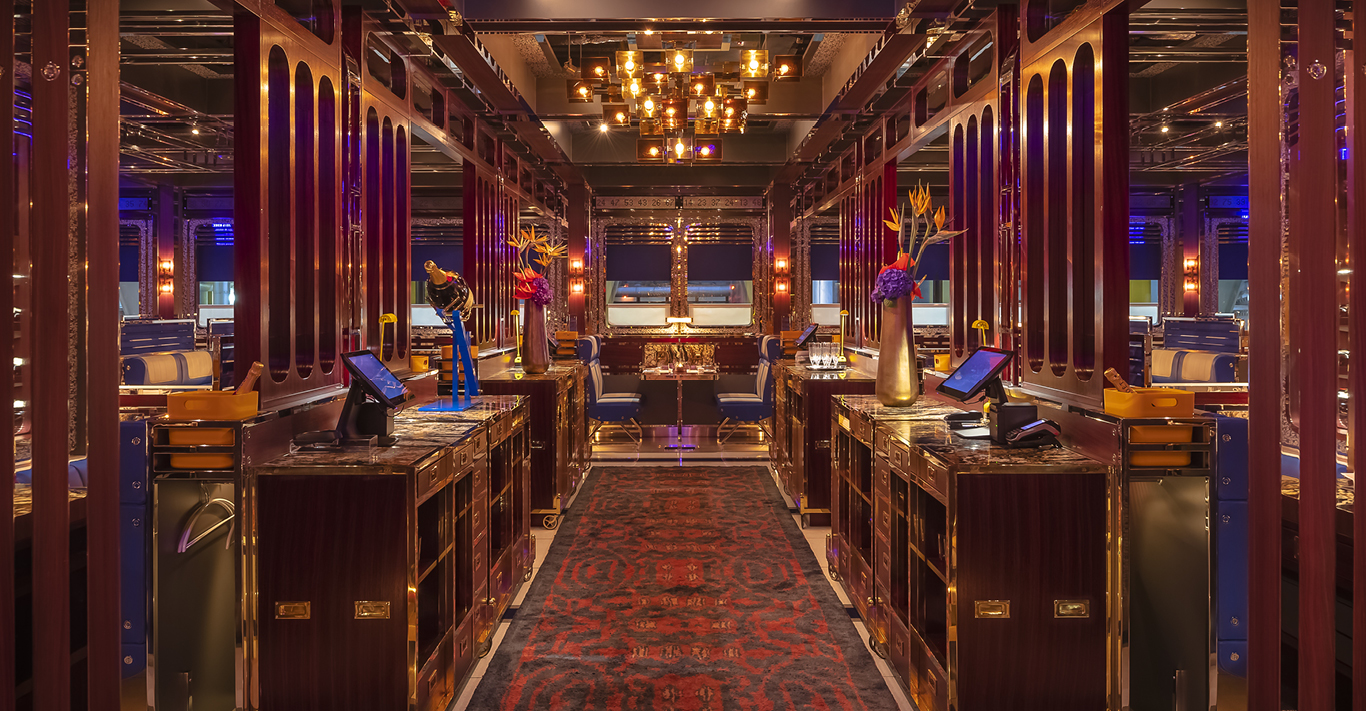