The Scottish distillery recently launched its oldest release to date, in a limited edition of just 150 bottles 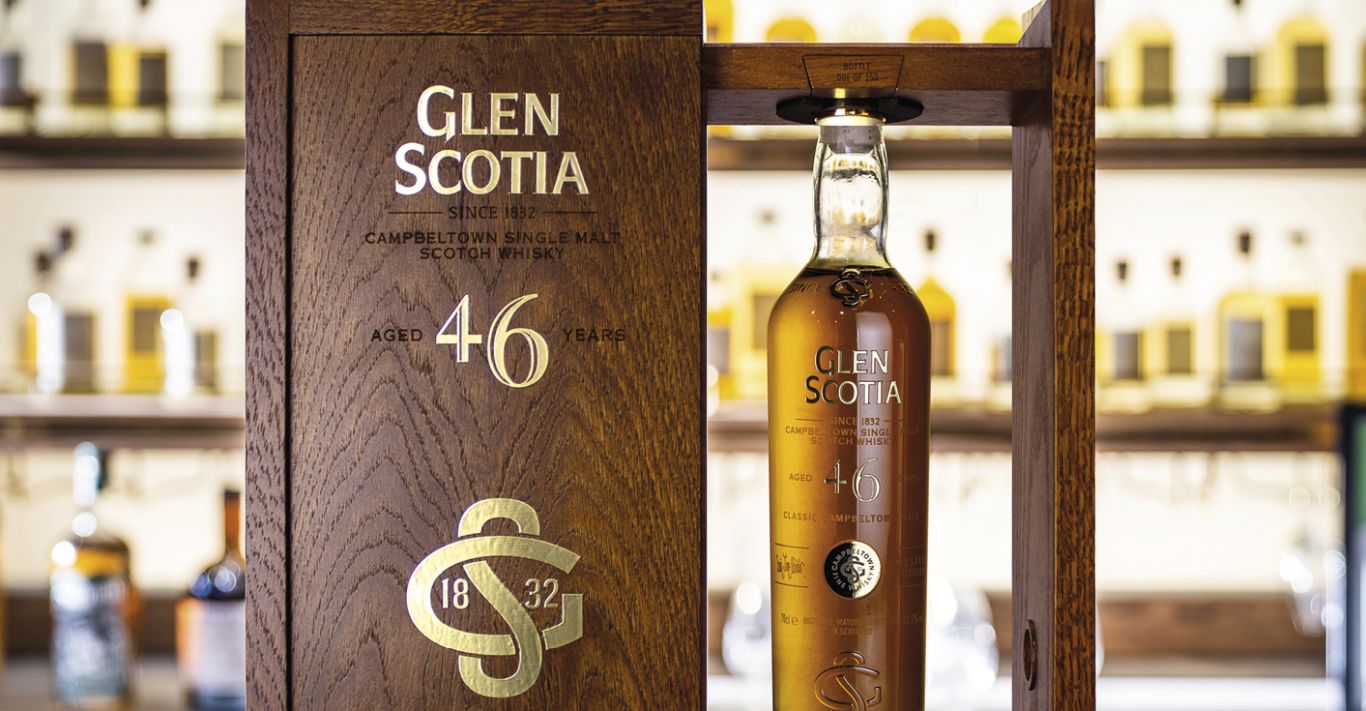 Scotland’s Campbeltown area on the west coast was once a booming Victorian hub for whisky production helped by its location next to a harbour. In fact, in the 19th century, it held the title of ‘whisky capital of the world’, with the 21 Victorian distilleries there enjoying access to the highest-quality casks arriving from all over the world.

However, these distilleries faded into time, and only three remain today. One of them is Glen Scotia, founded in 1832 and one of the smallest but most highly regarded single malt Scotch whisky distilleries in Scotland. 2021 saw the small but mighty producer crowned Scottish Distillery of the Year at the Scottish Whisky Awards, while the Glen Scotia 25 Year Old single malt achieved ‘Best in Class’ at the San Francisco World Spirits Competition. The first distillery to win both accolades (and in the same year), Glen Scotia is firmly focused on the future, while keeping a foot rooted in its origins. The distillery’s fermenters, stillroom and dunnage warehouse all date from the 1830s, and its new special-edition release, created almost half a century ago, is a tribute to the craftsmanship of its past.

Glen Scotia’s limited edition 46 Year Old continues to reap the benefits of the area’s whisky heritage, and demand has been fervent. Distilled in 1974, this dram was originally laid down in refill bourbon casks, but later was switched to first-fill bourbon, followed by a four-year finish in a treasured Spanish oloroso hogshead. The result, at 41.7 per cent ABV, is a liquid offering a velvet mouthfeel mixed with memories of the ocean, sea spray paired with sweet sugar and warm spices, offering a window through time to an era of Campbeltown whisky shaped by the traditional methods of old. Only 150 individually numbered bottles (crafted in partnership with luxury glassmaker Glencairn) are available, and come packaged in a beautifully crafted oak presentation box perfect for collectors or as a gift to mark a memorable moment in time.