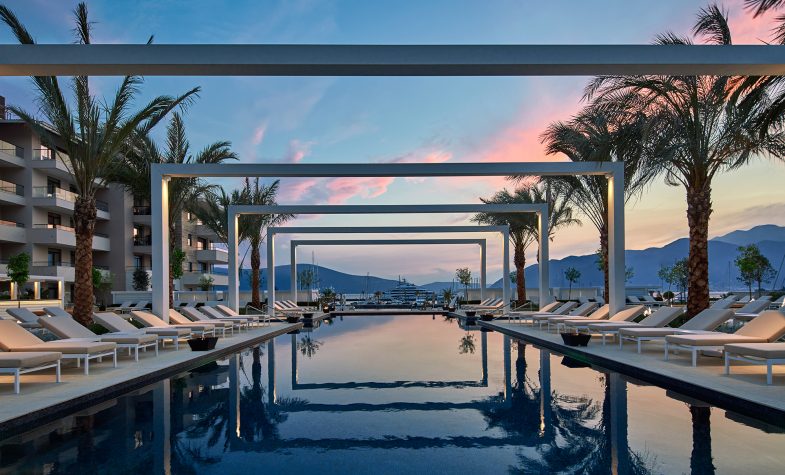 Evening at the Pool Club Residences
Click to open gallery 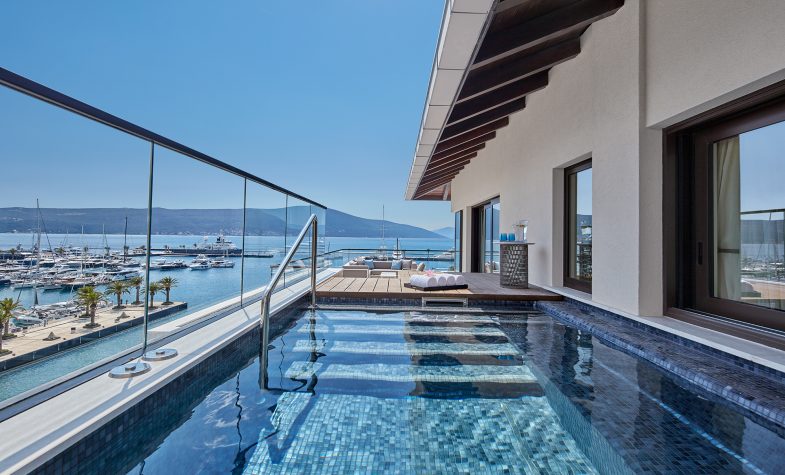 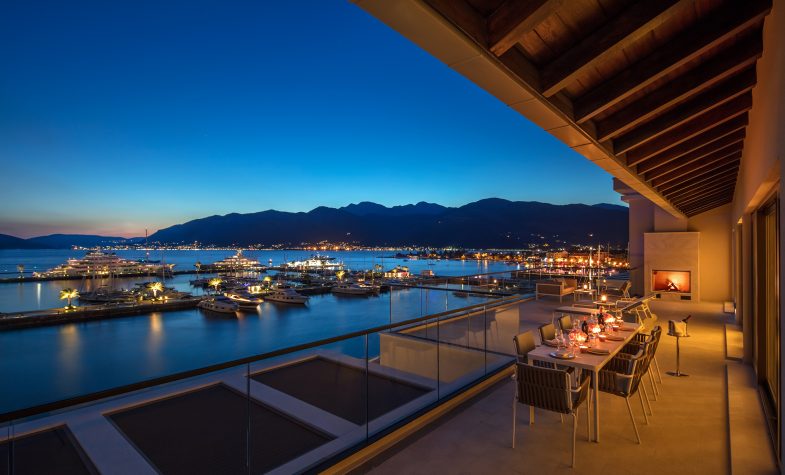 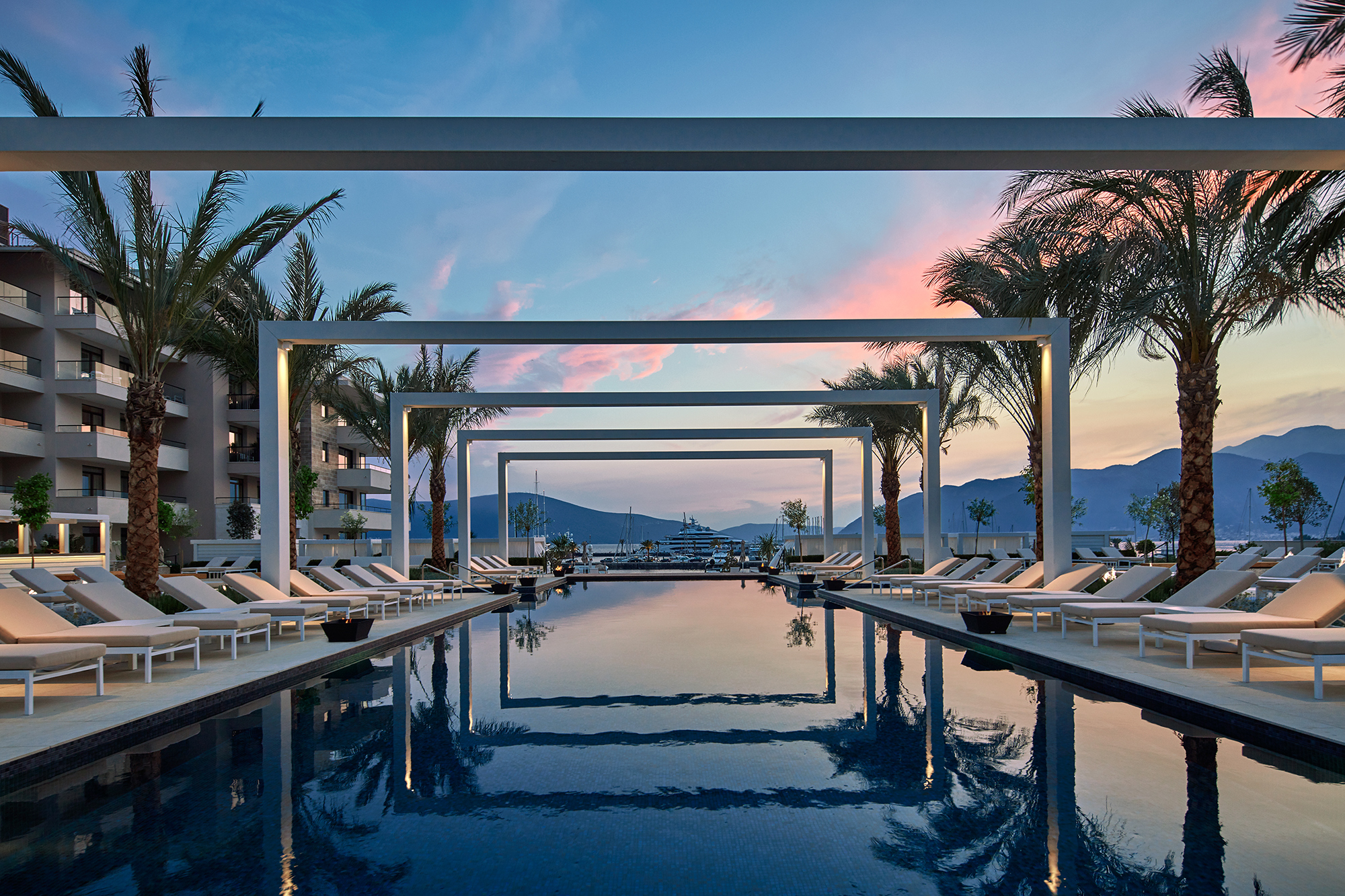 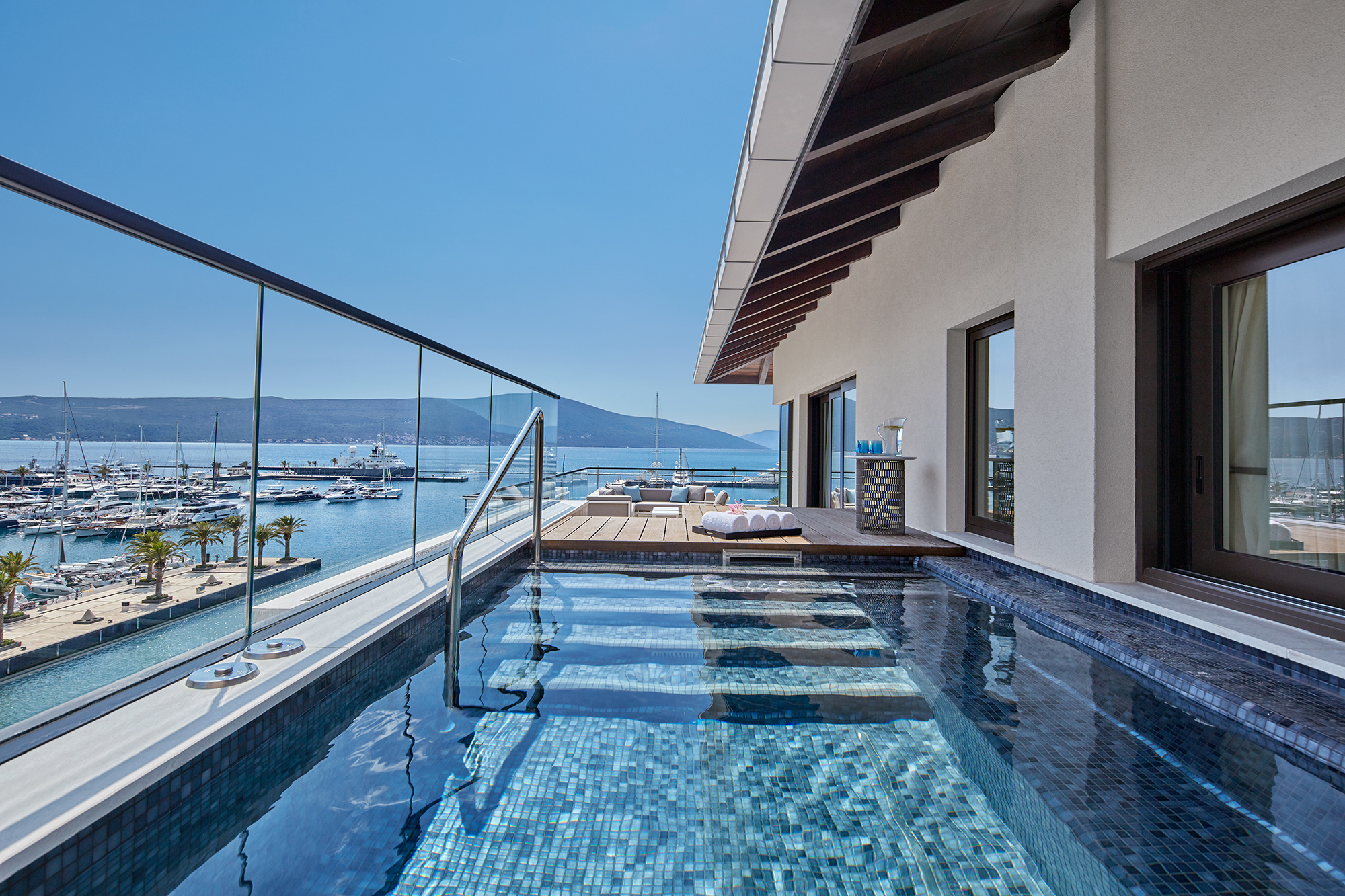 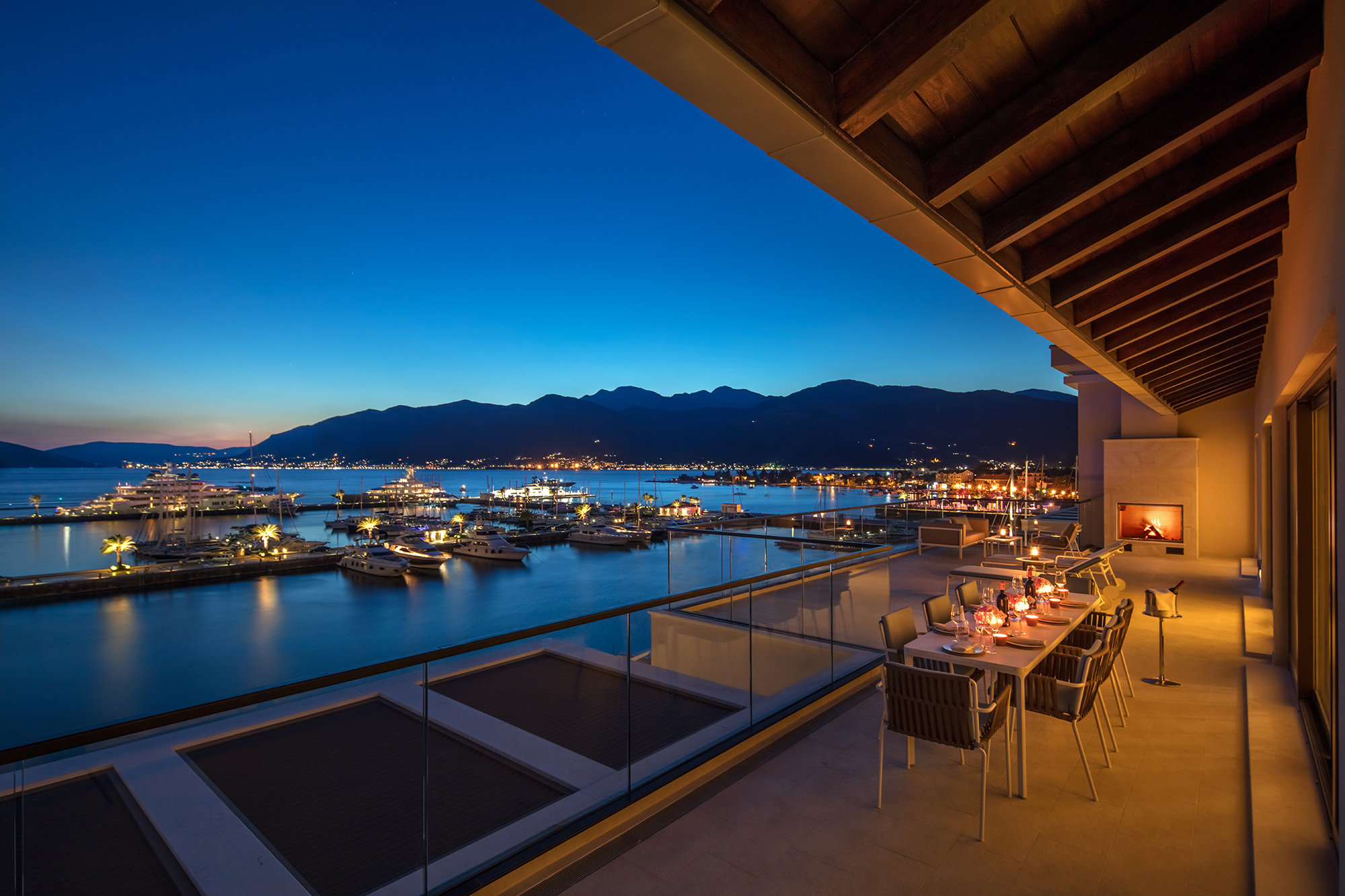 At the beginning of the 19th century, English Poet Lord Byron described the Montenegrin coastline as ‘the most beautiful encounter between land and sea.’ Granted, he was notoriously romantic, but his depiction of Montenegro’s coast – the palm-lined shores of the Adriatic scattered with medieval towns and framed by rugged mountains – is anything but hyperbolic.

Despite its astounding natural beauty, though, few people can confidently pinpoint this small Balkan country on a map. Located east of Italy’s south-east coast and bordered by Serbia, Albania, Croatia and Bosnia & Herzegovina, Montenegro has only been independent from Serbia since 2006. That it’s still relatively undiscovered, very much adds to its charm.

The neighbouring Croatian coastline has long been a hotspot for sailing. However, the development of Porto Montenegro, a yacht homeport, marina village and collection of residences nestled in the historic Bay of Kotor, within the UNESCO-protected Boka Bay, is helping to raise the profile of Montenegro from a little-known Balkan country, to one of the world’s most luxurious sailing destinations.

Sitting on the edge of the town of Tivat, following initial investment from Canadian businessman and philanthropist Peter Munk, Lord Jacob Rothschild and Bernard Arnault, the marina first opened in 2009 with 85 berths. Initially built as an Austro-Hungarian Naval base in 1889, there’s a Naval Heritage museum on site, complete with a 50m submarine from the Second World War.

It now has a growing capacity of 450 berths and, utilising the existing infrastructure of the former shipyard, a 250m berth was recently added so it can accommodate the biggest yachts being built today.

Visitors to Porto Montenegro need not have their own superyacht though, as rooms at the five-star Regent Hotel are reminiscent of being on board a luxury yacht, and each of the 62 recently-launched one-, two- and three-bedroom Regent Pool Club Residences – which benefit from the services of the hotel – come with use of the Porto Montenegro Yacht Club’s facilities, including a fleet of Blu26 and Tofinou 9.5 racing yachts.

The Pool Club Residences – and the five penthouses with spectacular views of the marina – were designed by world-renowned architects WATG, who worked with Tino Zervudachi and his team at MHZ in Paris to create the elegant, Mediterranean-inspired interiors. Every residence has a private balcony or terrace as well as access to an elevated 3,000sq metre pool deck, and bars, restaurants and boutiques are just a short stroll away.

Sympathetic to the surrounding landscape, the design of the village and residences reflects the Venetian and Ottoman styling of traditional local architecture, and a number of philanthropic initiatives are in place to uplift the community. For example, almost 3million euros has been dedicated to Tivat’s public institutions and NGOs, a boat adapted for cleaning sea water has been donated to Kotor Port, and jobs have been created for over 450 local people.

The nearby town of Kotor is a UNESCO world heritage site, and a climb up the ancient Kotor walls to the San Giovanni fortress reveals the most breathtaking views of the bay and the Old Town below, believed to date back as early as 10 – 12 BC. The most exhilarating way to explore the bay is a James Bond-esq speedboat tour via ‘Our Lady of the Rocks’, passing the eerie Island of Saint George, home to the 12th-century Saint George Benedictine monastery and a graveyard for past nobility of Perast.

Beyond the coastline, much of Montenegro is made up of mountains greater than 800m in height, so for walkers and cyclists there are over 3,000 km of ancient paths and hiking trails within 100 km of Porto Montenegro. These trails cover alpine pastures, hidden lakes and glaciers, rocky grottos and even ice caves, as Montenegro is also a spectacular destination for skiing in the winter.

Adding to its growing appeal, it’s now more convenient than ever to get to Porto Montenegro. If you’re not arriving by boat (it’s located on the Venice-Corfu cruising leg if you are), from March to November there are direct flights from London Gatwick to Tivat airport, just 7km from the marina. It’s also served by Dubrovnik (45km) and Podgorica (90km) international airports, with charter and scheduled flights. Alternatively, there are landing facilities for private aircraft.

As Porto Montenegro continues to elevate Montenegro’s status as an emerging high-end tourist destination, you’re advised to visit before too many people know about it. 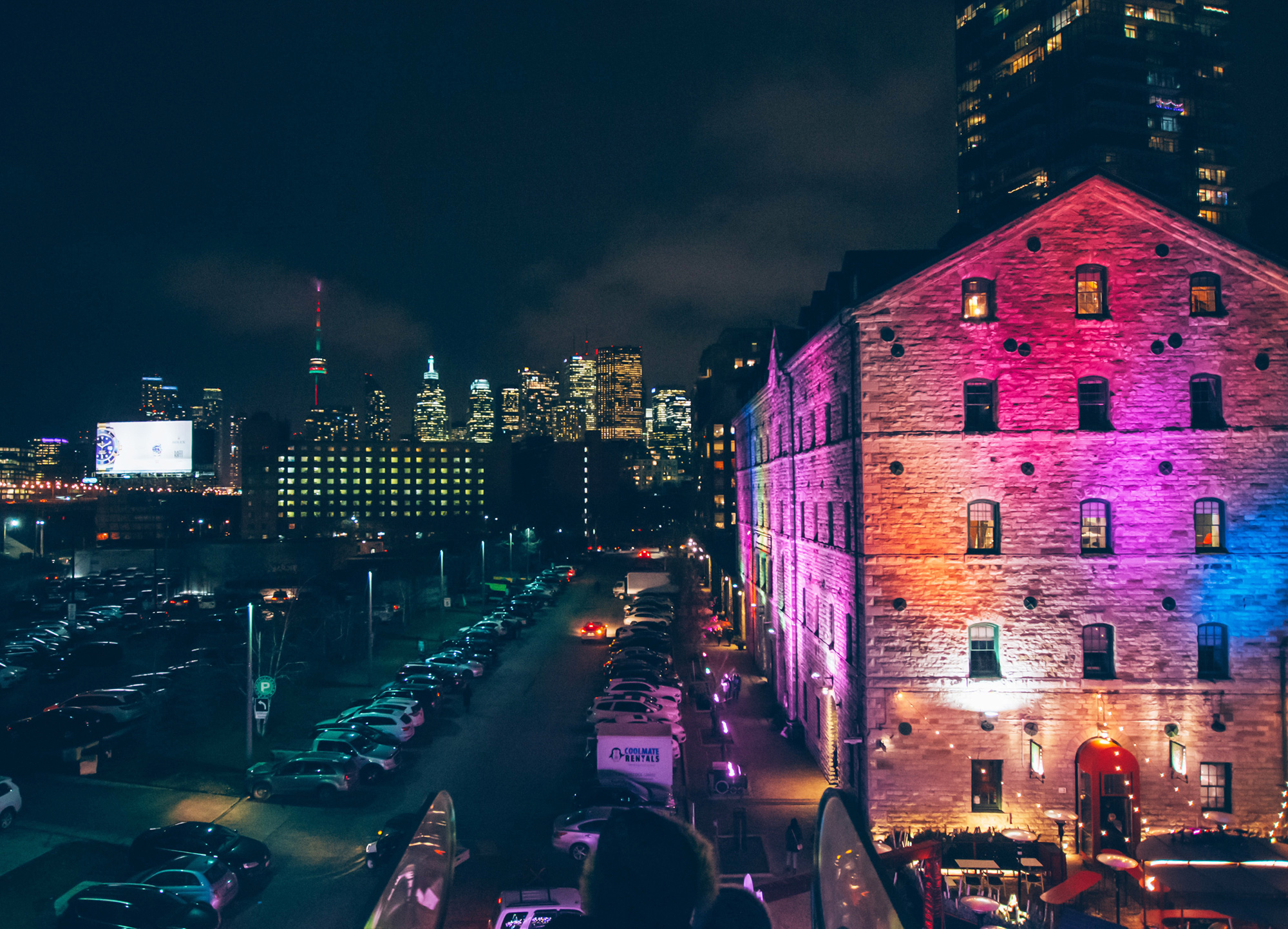 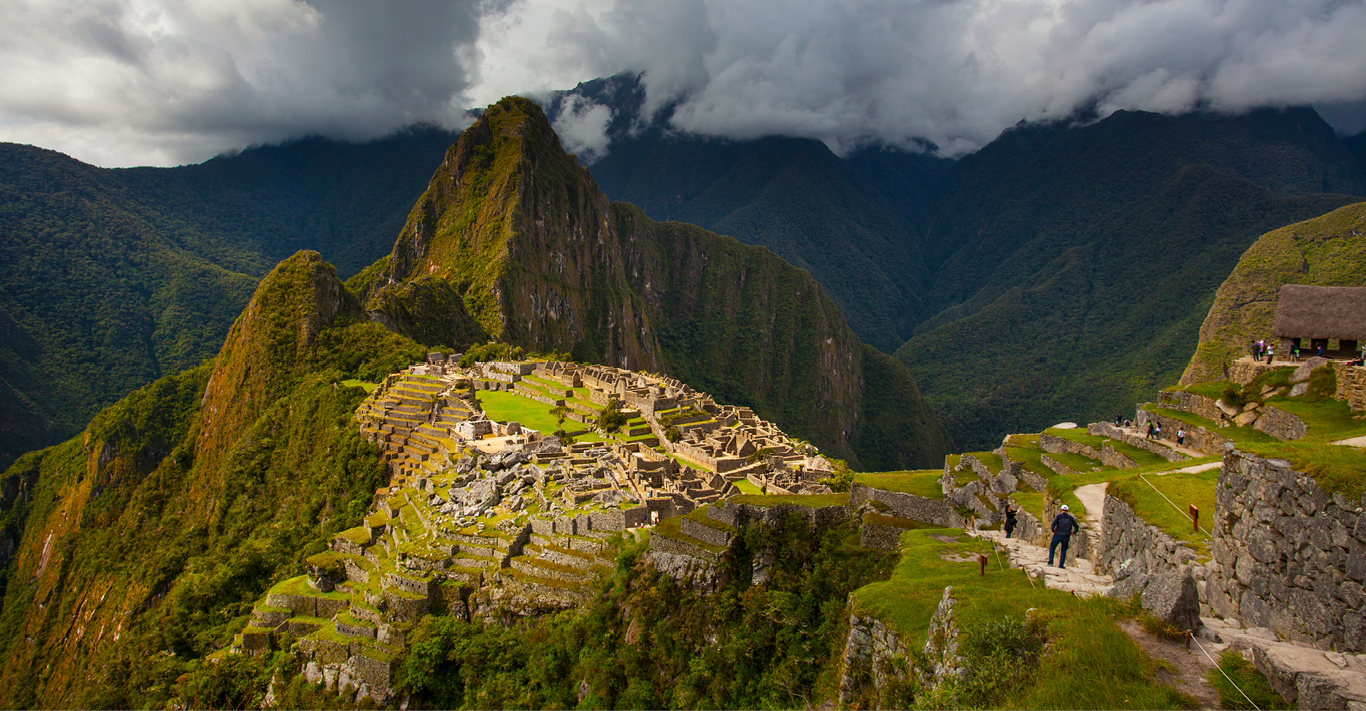